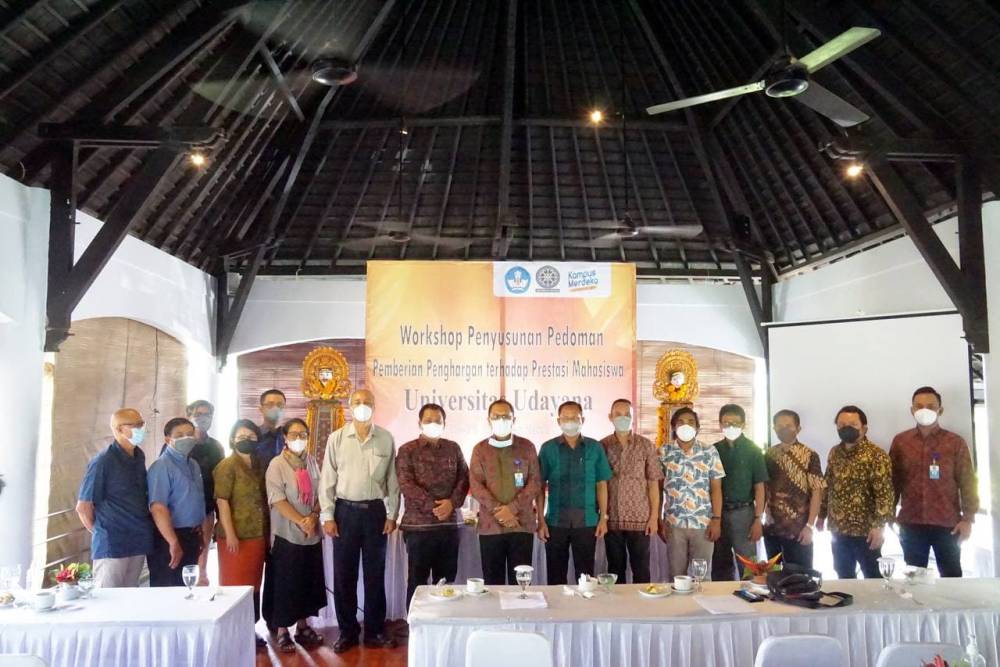 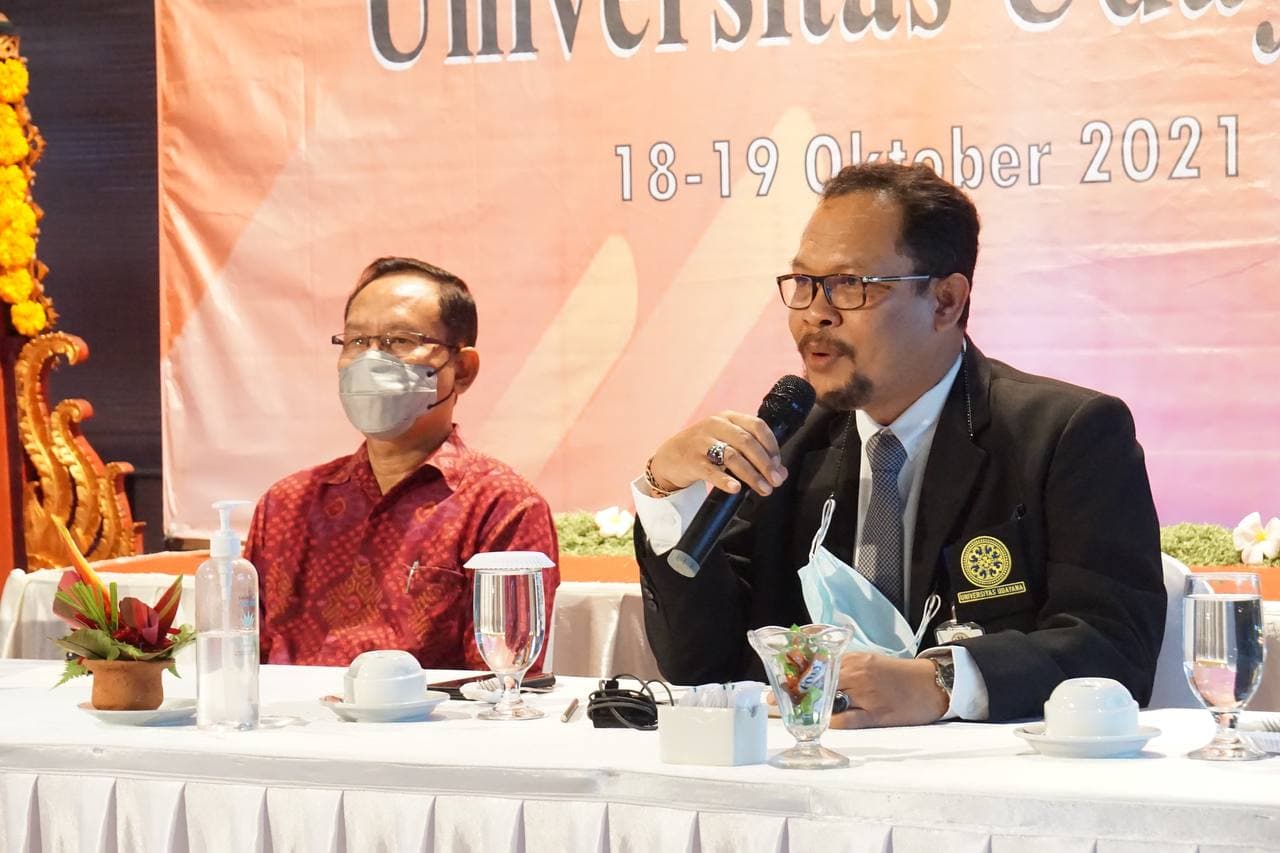 The Vice Rector for Student Affairs in his speech conveyed the implementation of this workshop in order to revise the Rector's Regulation (Pertor) Number 9 of 2017 and the SKP Guidelines, then also the issuance of Pertor and Standard Operational Guidelines (POB) for Awarding Student Achievements. So this is very important because at this SKP it has not accommodated the Merdeka Learning Campus Merdeka (MBKM) program. Regarding awarding, it is one of the requirements in the Higher Education Student Ranking Management Information System (SIMKATMAWA) which must also be met if you want to achieve maximum scores. 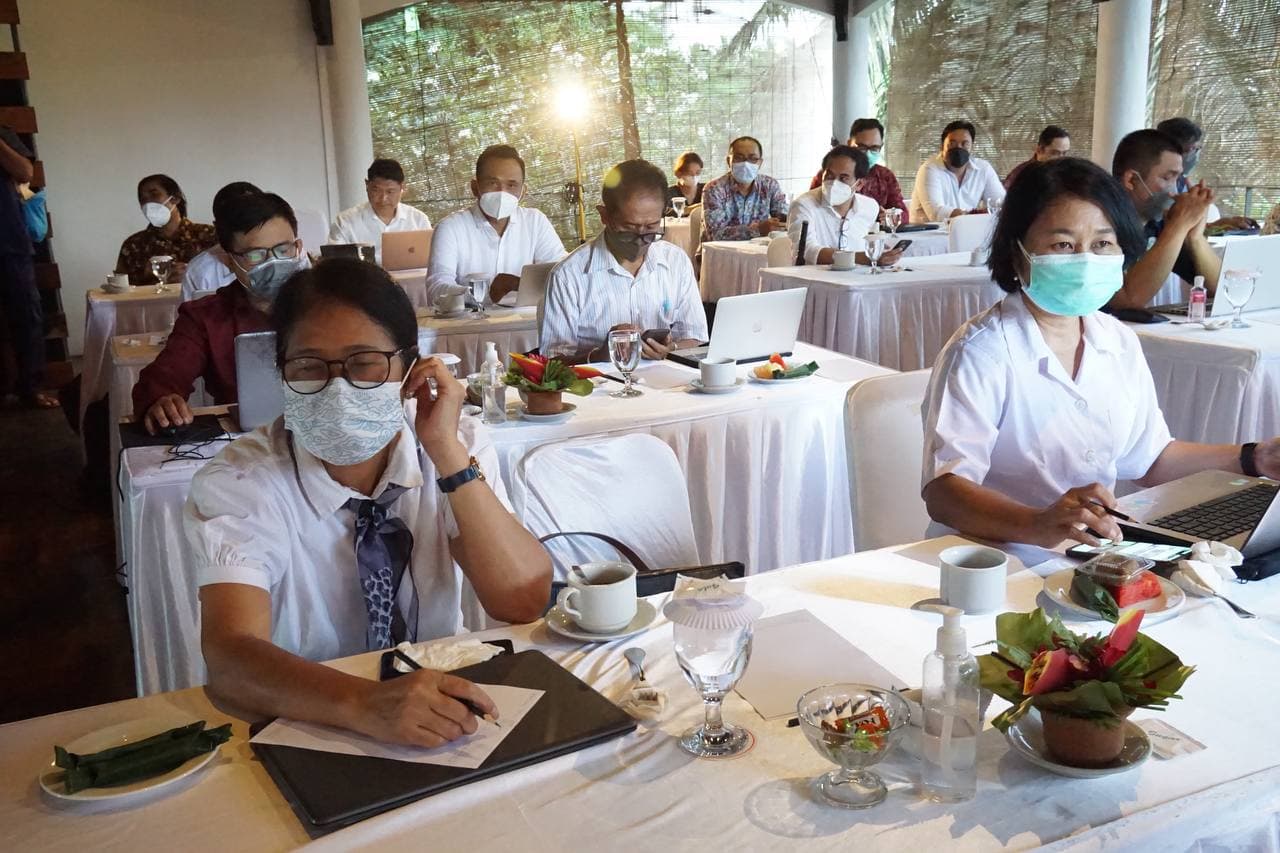 The implementation of this workshop is very meaningful because in the future students who excel will be recognized both in credit activities and material awards, so that students will be more competitive, both at national and international levels.

The Vice Rector also said that what was being carried out had been in process for several months. With the presence of resource persons from Brawijaya University, namely Dr. Dewa Gede Raka Wiadnya, M.Sc., IPM., and other teams are expected to provide various inputs to POB or Pertor, so that it can be more perfect. “The previous Pertor of course was only SKP, while this Pertor of Awarding did not yet exist. Apart from not accommodating MBKM, this SKP has also made changes to the weighting.” "Said the Vice Rector". 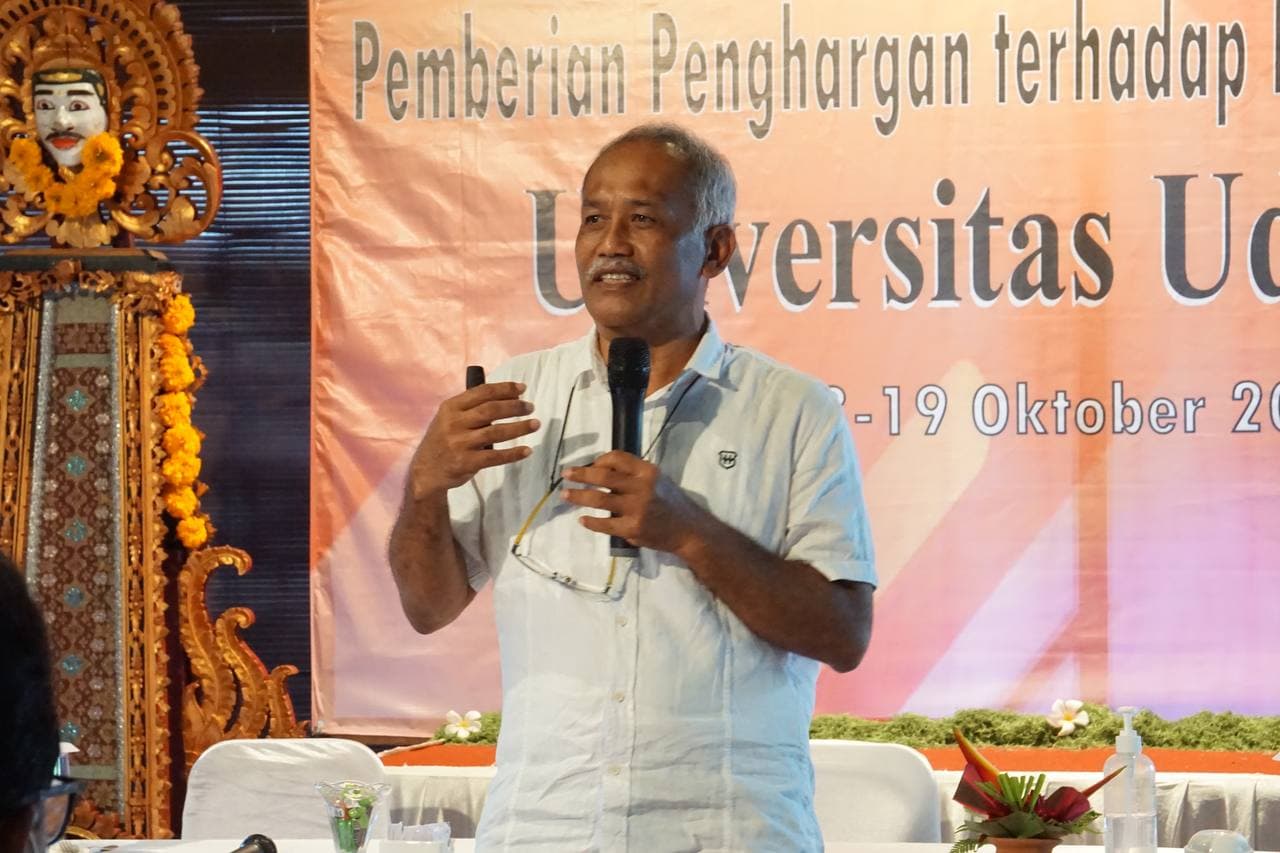 In addition to the presentation given by the main resource person, the participants were divided into two groups. The first group explained about the Preparation of the Handbook for Awarding Student Achievements with the speaker I Wayan Gede Astawa Karang, S.Si., M.Si., Ph.D., with the moderator Dr. dr. Ida Bagus Ngurah Swacita, M.P., while the second group explained about the Preparation of Student Participation Credit Units (SKP) with Drs. I Wayan Santiyasa, M.Sc., with the moderator Ir. I Nyoman Budiastra, M.Kes.