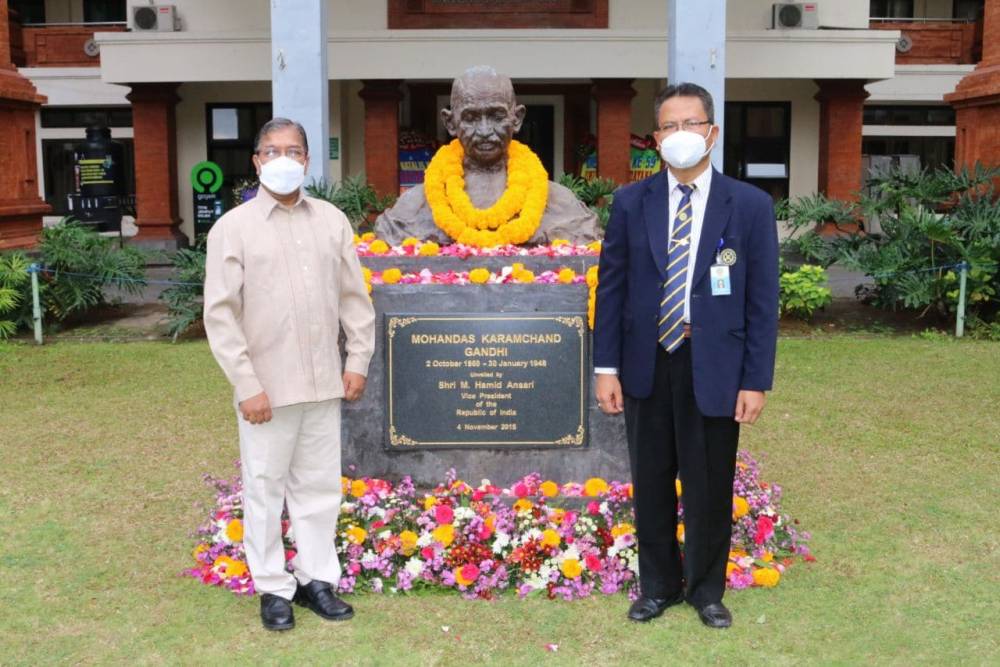 Indian Consul General Prakash Chand visited Udayana University Sudirman Campus Denpasar, Saturday (2/10/2021). This visit was for the purpose of sowing flowers on the Mahatma Gandhi statue in front of the Agrocomplex Building, Unud Sudirman Campus, Denpasar in connection with the celebration of the Birth Anniversary of Mahatma Gandhi. 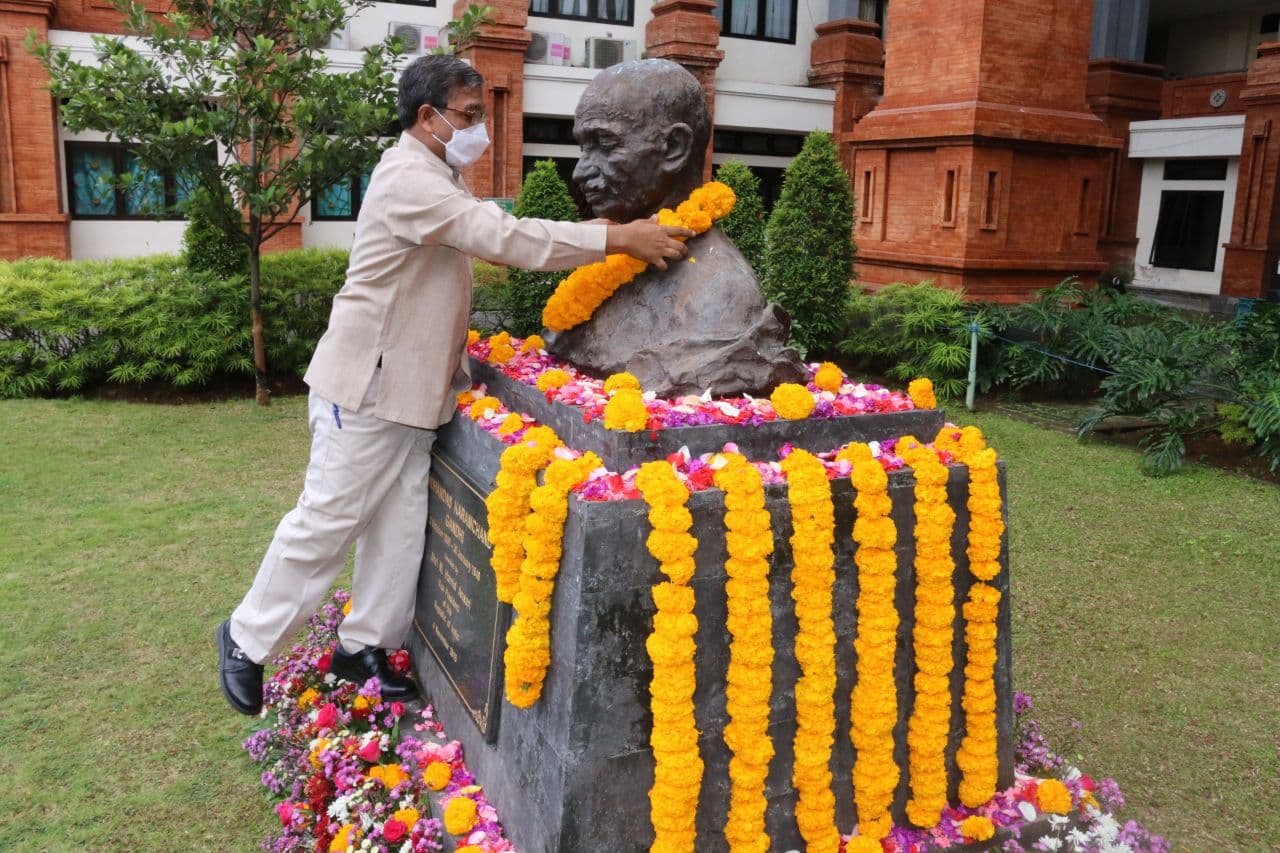 On this occasion the Indian Consulate General was received by the Vice Rector for Planning, Cooperation and Information, Prof. I Putu Gede Adiatmika. The Consul General of India and the Vice Rector performed draping and sprinkling flowers on the Mahatma Gandhi statue as a form of respect. 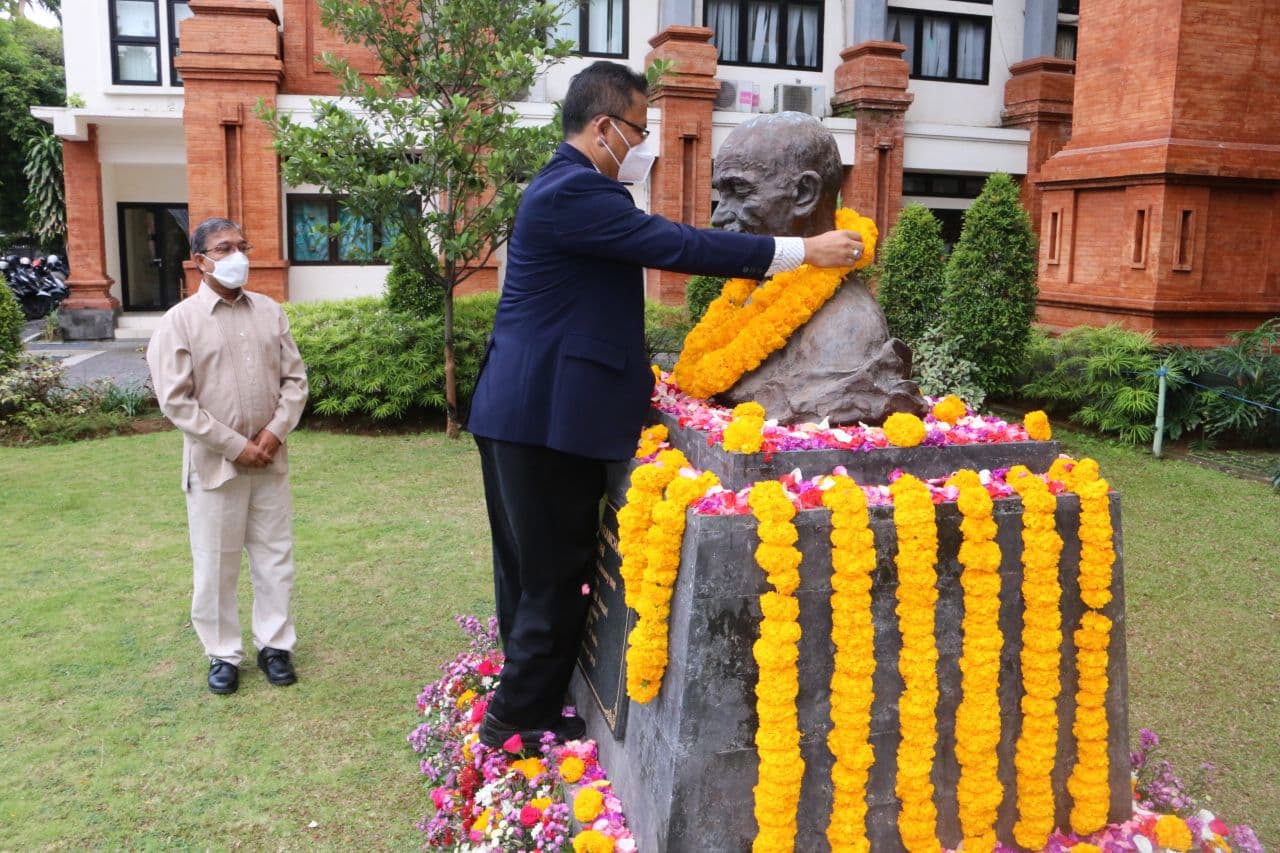 Indian Consul General Prakash Chand expressed his gratitude for the acceptance from Unud in celebrating the 152nd Birth Anniversary of Mahatma Gandhi. In a conversation with the Vice Rector of Unud, the Consul General also asked about the lecture system at Unud whether offline or online. Currently, there is also an MoU with Unud related to learning Ayurveda. The Consul General also offers opportunities for scholarships in India for students and staff both long and short term. The Consul General also said that the Indian Ambassador had just visited Bali and hoped that next year he would be able to visit Unud.

While the Vice Rector Prof. I Putu Gede Adiatmika welcomed the offer from the Consul General and hoped that later the community would receive a scholarship to India. He also welcomed the planned visit of the Indian Ambassador to Unud.