Rector of Udayana University Audience with the Governor of Bali 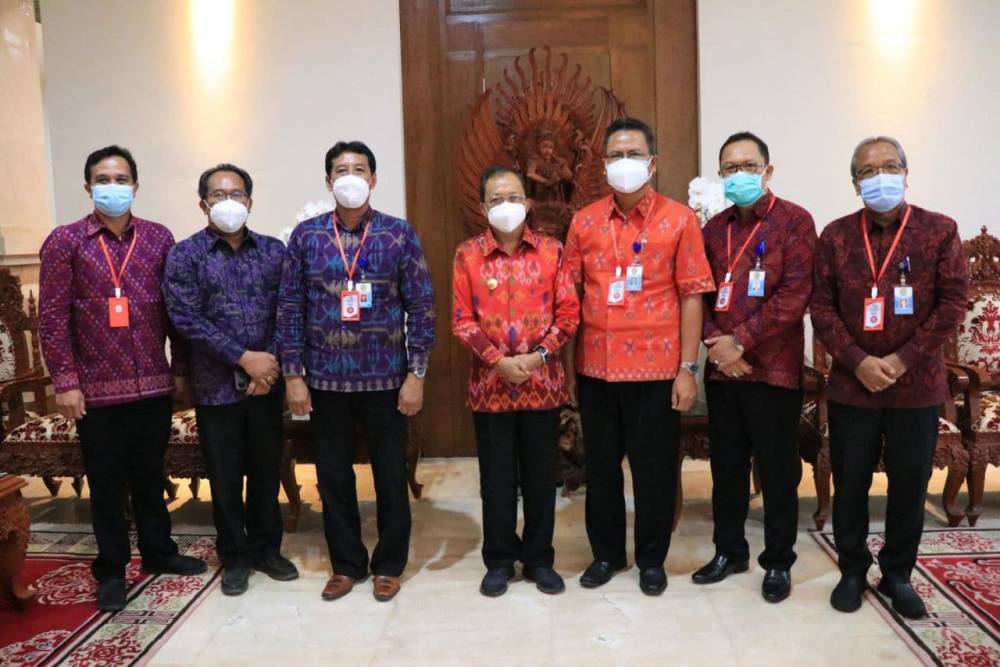 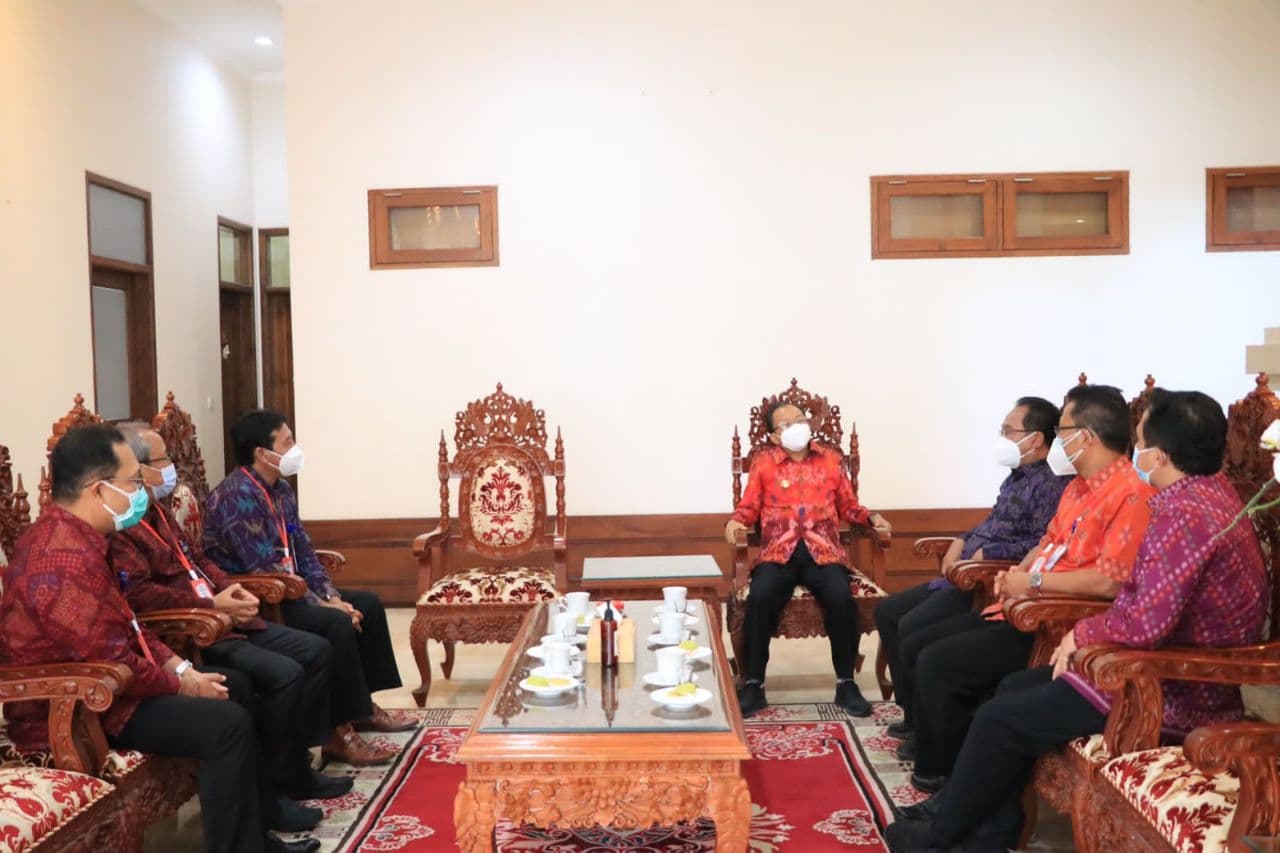 The Rector of Udayana University on this occasion conveyed an invitation to the Governor of Bali to be pleased to attend the commemoration of the Anniversary which will be held on September 29, 2021. During the meeting, the series of activities that have been carried out and the implementation of the main event and family events were also presented.

The Rector said that the peak event would begin with an open meeting of the University Senate in the form of the Rector's Report, Scientific Orations and the conferment of the Udayana Award to two Unud internal people who contributed to advancing Udayana. The peak event will also be filled with Scientific Orations by the Coordinating Minister for Political, Legal and Security Affairs, Prof. Mahfud MD. 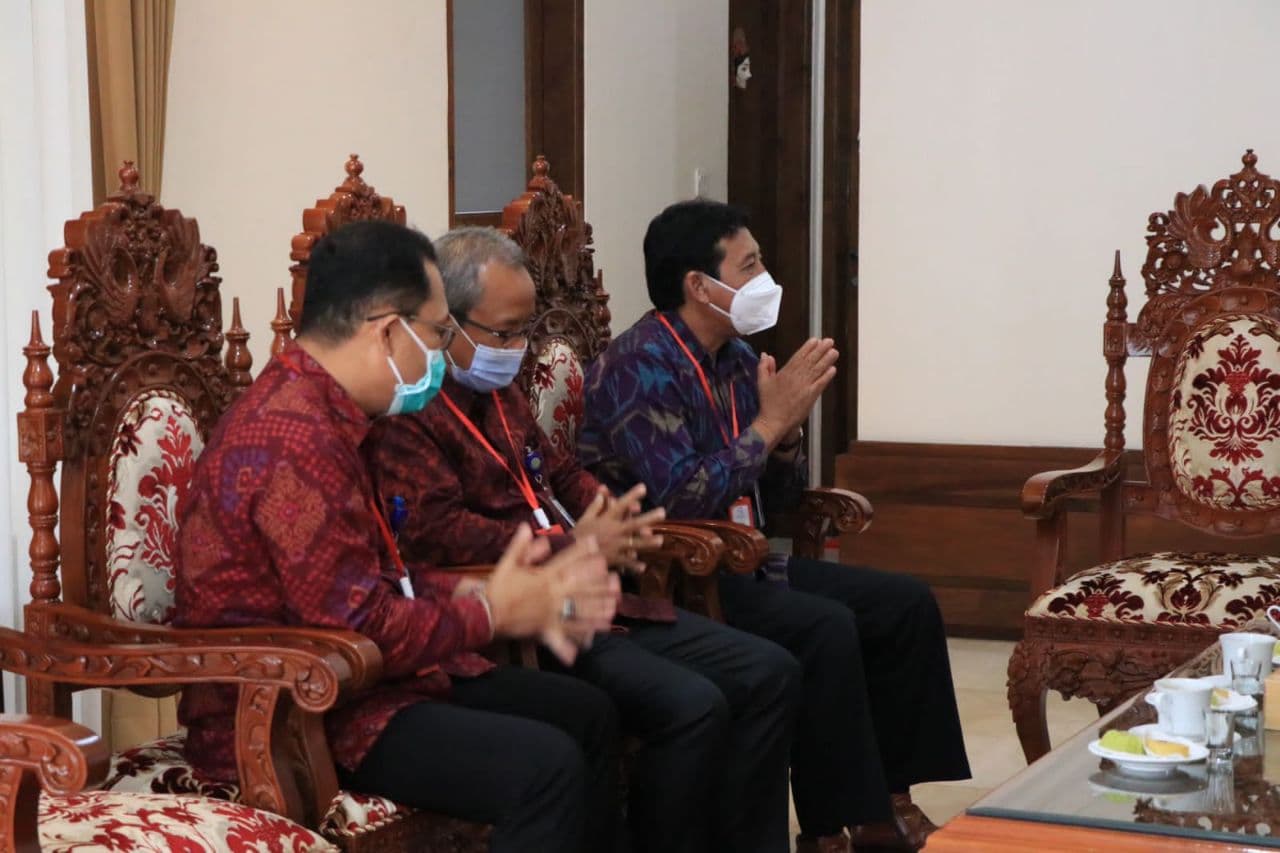 In this meeting, the Rector also introduced the ranks of university leaders who had been elected in the Rector election in August 2021, also conveyed work plans and priority programs to be carried out during their tenure as Rector.

The Governor of Bali, Wayan Koster, in this meeting, accompanied by the Head of the Communications and Information Office of the Province of Bali, expressed his gratitude for the invitation from Udayana University. He also congratulated the 59th Anniversary and congratulations on the election of the Rector and his staff.

The governor also said that the role of Unud was very much needed by the community, considering that there were many superior resources in Unud. The work programs of the Bali Provincial Government are also inseparable from the active role of human resources owned by Unud. For this reason, it is hoped that the implementation of the Tridharma of higher education can create useful results for the community, especially the Balinese people and also involve the active role of the community in community service activities.

The governor also invited Unud to be active in planning, implementing programs and development that will be carried out by the Bali Provincial Government in the future. This synergy is very much needed to optimize activities, so that the welfare of the Balinese people in particular can be improved.

The governor also welcomed the plan to hold face-to-face lectures as the PPKM level decreased for Bali while still implementing health protocols. The governor plans to visit Unud to explain the strategic plans of the Bali Provincial Government that can be collaborated with Unud.