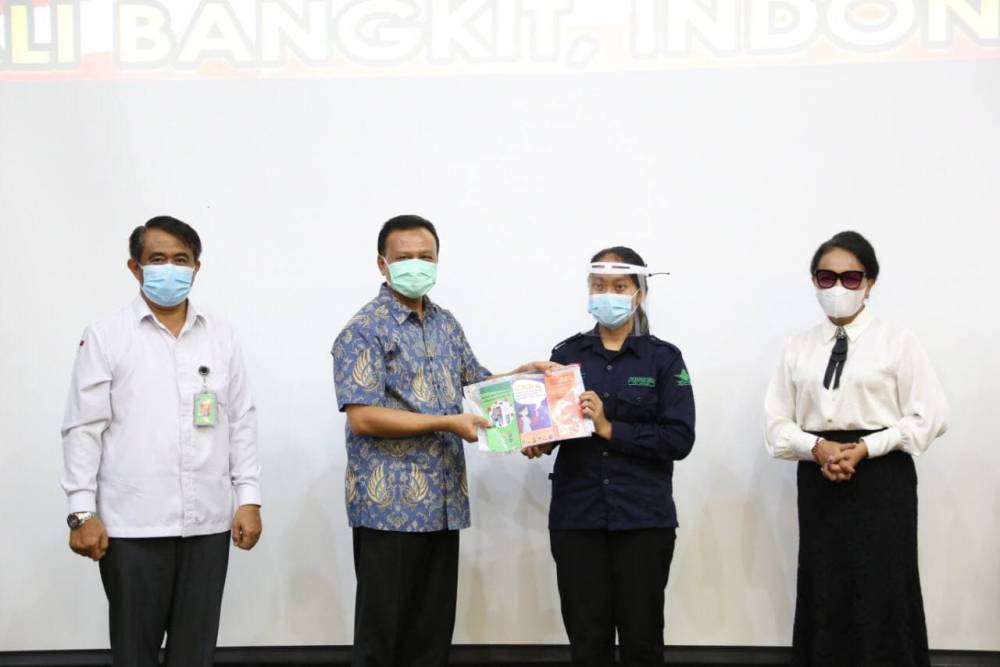 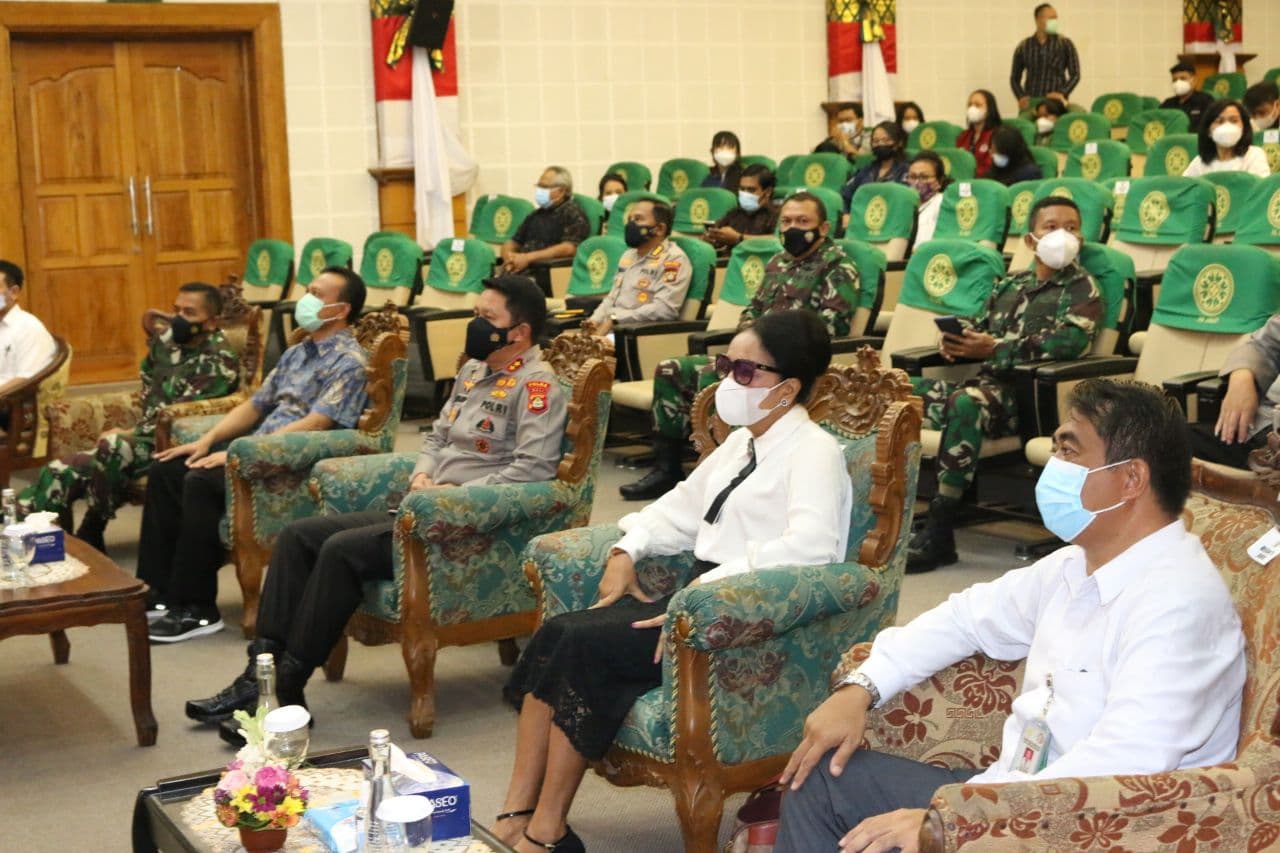 This activity was attended by the Regional Secretary of the Province of Bali representing the Governor who is also the Daily Chair of the Covid-19 Task Force, Kasdam IX Udayana and Kakesdam IX Udayana, Bali Police Chief and staff, Head of the Bali Provincial Health Office, Kalaksa BPBD Bali, District Head Gojek Bali Nusra, Rector of Udayana University, Chair of the Udayana University Senate, Dean of the Faculty of Medicine and staff, Vice Deans of each faculty, as well as students. 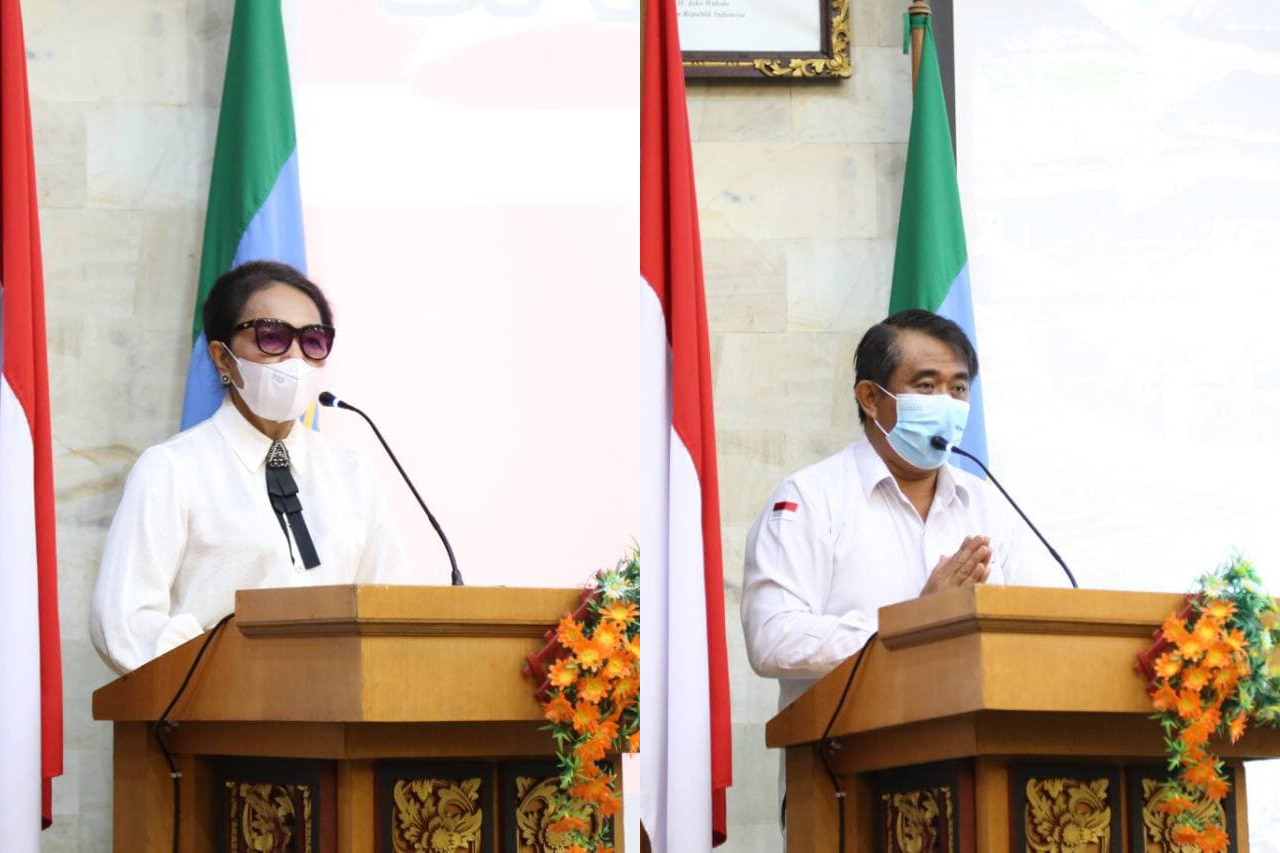 Dean of the Faculty of Medicine Prof. Dr. dr. I Ketut Suyasa, Sp.B., Sp.OT (K) in his speech said that there were three programs involved, namely health protocol ambassadors, behavior change ambassadors and a tracing team consisting of interested FK students where 99 health protocol ambassadors were recorded, 88 ambassadors for behavior change, and 36 people from the tracing team. This program will also be converted into Semester Credit Units (SKS) as part of the education process. According to the Dean, through this program students can not only study in class, but also be invited to study in the community. Health protocol discipline is the main step in preventing the transmission of Covid-19. For this reason, the Faculty of Medicine also involves students by going into the community to strengthen the implementation of health protocols. On this occasion the Dean also reported several activities resulting from the synergy between FK Unud, TNI-POLRI and the Bali Provincial Government. 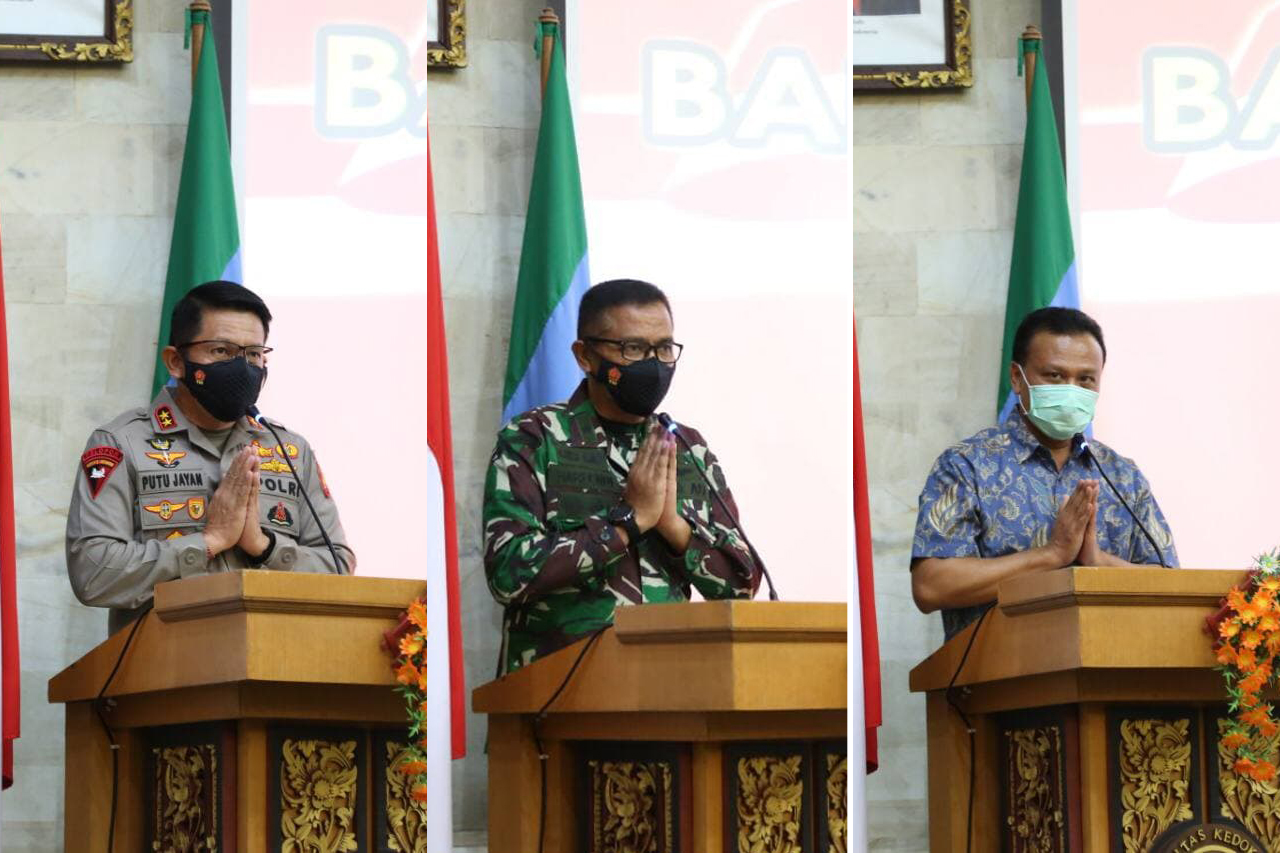 Bali Police Chief Inspector General. Pol. Drs. Putu Jayan Danu Putra and Kasdam IX / Udayana Brigadier General Harfendi, S.I.P., M.Sc who attended this activity also appreciated the steps of the Faculty of Medicine at Udayana University. Both the Bali Police Chief and Kasdam IX / Udayana hope that synergy between the Regional Government, TNI, Polri, Universities and the community will continue to be established to deal with the Covid-19 pandemic.

Regional Secretary and Daily Chair of the Covid-19 Task Force Dewa Made Indra in his remarks said that Udayana University had been involved and took a role in handling the Covid-19 pandemic. For its involvement, the Bali Provincial Government appreciates the steps taken by Udayana University, especially the Faculty of Medicine for its contribution to the community. Dewa Made Indra added that the synergy that has been established between the Regional Government, TNI, Polri, Higher Education, and all elements of society must continue to be expanded, one of which is through the involvement of students who are today released as Behavior Change Ambassadors, Health Protocol Ambassadors, and Tracing Team.

District Head Gojek Bali Nusra, who was also present, supported this program by donating masks and hand sanitizers for students who would go down to the community. 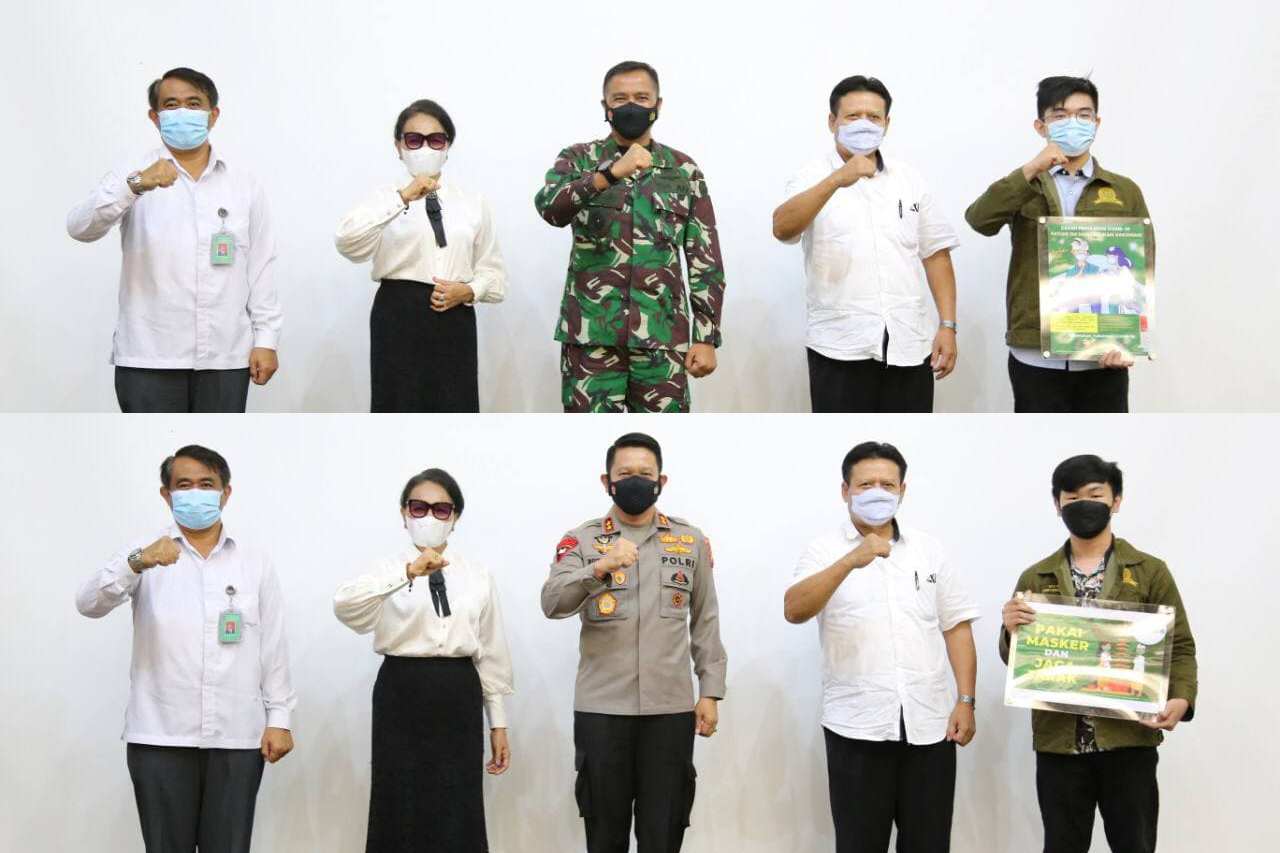 The event was closed with the symbolic release of representatives of the Health Protocol Student Ambassadors, Behavior Change Ambassadors and Tracing Team by Kasdam IX / Udayana, Bali Police Chief and Daily Chairperson of the Covid-19 Task Force.