Denpasar - Thursday (07/18), Met in the midst of his busy schedule in preparing his final project, student of  8th semester of tourism faculty, I Made Cahya Narayana shared his experience when attending ASEAN Foundation Model ASEAN Meeting (AFMAM) on July 4-9 2019 in Bangkok, Thailand.

In joining the event this time, Narayana had to go through stages of selection until finally passed as an Indonesian representative. Not alone, but there were several other participants from universities in Indonesia who also accompanied Nara at the annual ASEAN Foundation event.

"To participate in this AFMAM, the participants must be a team. Incidentally from Indonesia, represented by 2 teams, I was included in  Nusantara Student team consisting of Supervising Lecturer Mr. Hendi Pratama (Semarang State University), consisting of me, I Made Cahya Narayana (Udayana University), Faris Nur Khulafa (Semarang State University), Ilham Syafawi (UIN Ar Rainy Aceh), Frensya M. Nahlowy (Pattimura University), Agung Dermawan (Tadulako University), and Robiatul Adawiyah (Gadjah Mada University). The most important requirement is to make an English essay with the theme of bilateral relations between ASEAN and Australia, a CV, and a video of the team profile and our team members were chosen from dozens of teams who registered from Indonesia, "said the student from the Tourism Travel Department major.

One of the annual events of  ASEAN Foundation is held with the aim of providing a forum for young people to find out about how the procedures or processes of leaders in ASEAN countries in drafting a regulation for ASEAN's progress going forward.

"You could say at the AFMAM event it was a simulation of a meeting of state leaders in ASEAN who were drafting regulations for the future direction of ASEAN. And in this case, it is as if positioning ourselves as representatives of countries in ASEAN. It can be as Head of State, Minister or Senior official, "said Nara.

There are 4 focus issues that were discussed at the AFMAM 2019 meeting in Thailand, among which are the 3 pillars of ASEAN development namely Political Security, Economy, and Socio Culture and the discussion of ASEAN and Australia cooperation in the Sydney Declaration. At the event Nara had the opportunity to become a Senior Official of Brunei Darussalam by discussing UMKM issues in ASEAN countries such as UMKM conditions in ASEAN and providing new ideas such as the importance of digitalization for the development of UMKM better  ASEAN.

Many things were obtained by Nara through the AFMAM 2019 event. He said through this event he could find out about how leaders in ASEAN form a regulation by looking at the current condition of ASEAN. Second, personal development in terms of negotiation skills, public speaking to work together in teams. And finally, adding networking that he thinks will be needed for his future career.

Not only at the AFMAM event, but previously Nara had often became a representative of Indonesia in other international events in several countries such as Malaysia, India, Vietnam, and Japan.

"To UNUD students, don't limit yourself to dream big. It is time we show that UNUD students are able to compete at national and international levels. Failing is okay, as long as we want to fix it, behind the success that I get, many failures that provide learning ". Close Nara. (ISM) 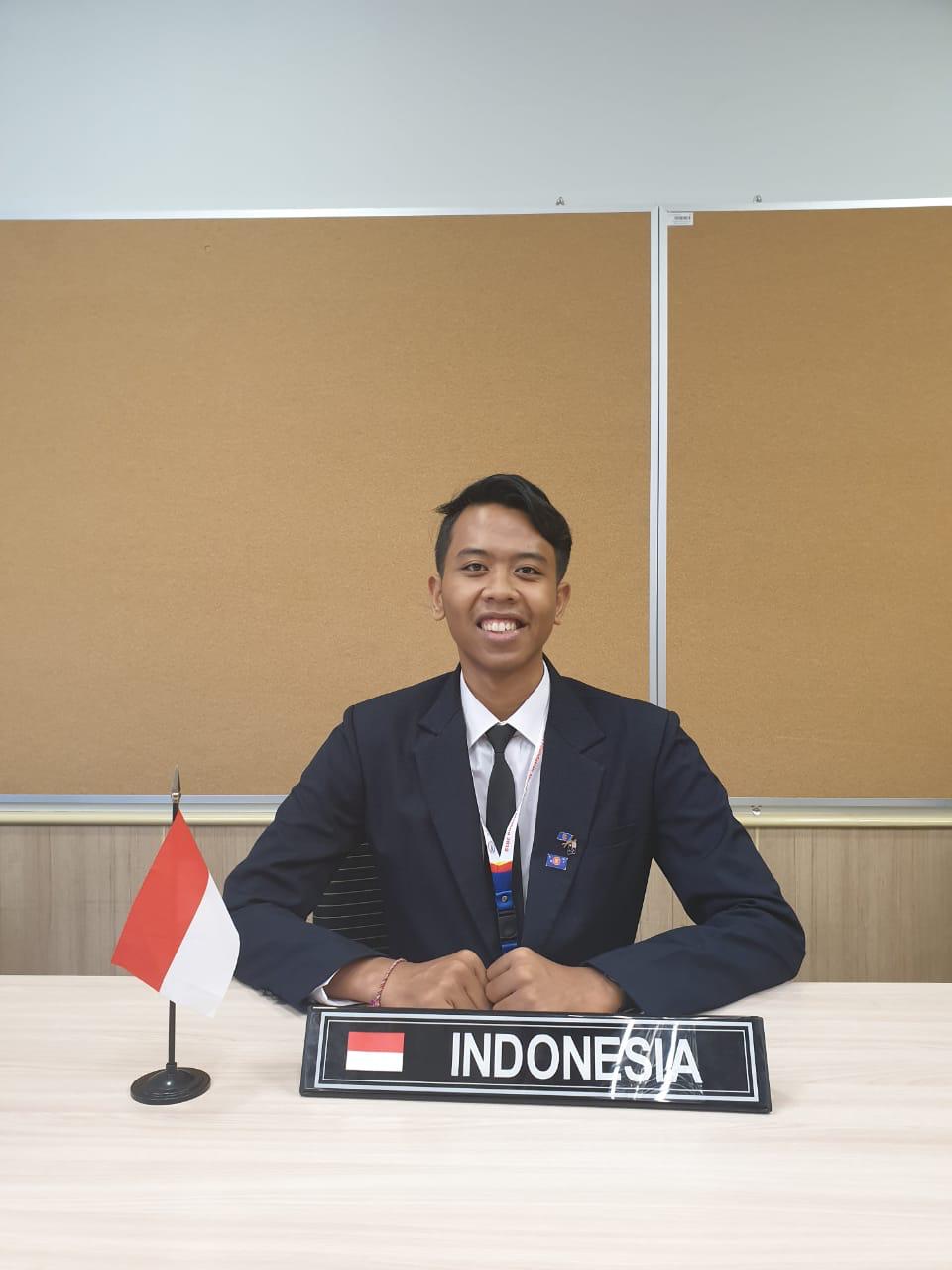 I Made Cahya Narayana Student of Tourism Faculty of UNUD in Joining AFMAM 2019 in Bangkok, Thailand.