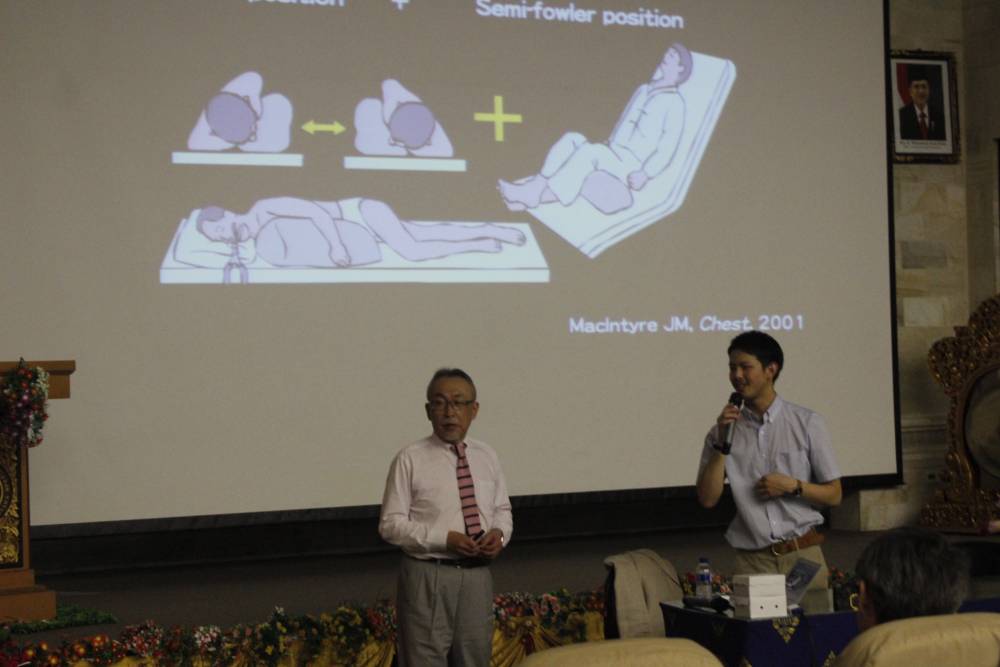 Profesor Akira Ishikawa (on the left) when doing the Presentation

Denpasar – Friday (16/02), Two university professors from Japan namely Professor Rei Ono and Professor Akira Ishikawa became the presenters in the international seminars organized by the Physiotherapy Program of Udayana University. Both of these Professors are physiotherapists from the University of Kobe-Japan. The event which started at 10.00 WITA until 16.30 WITA was located in the Theater Room Widya Sabha, Faculty of Medicine, Udayana University, with the theme of "Management for Cardiovascular Respiration Problem 2018". This event was attended by 120 participants consisting of students and lecturers. 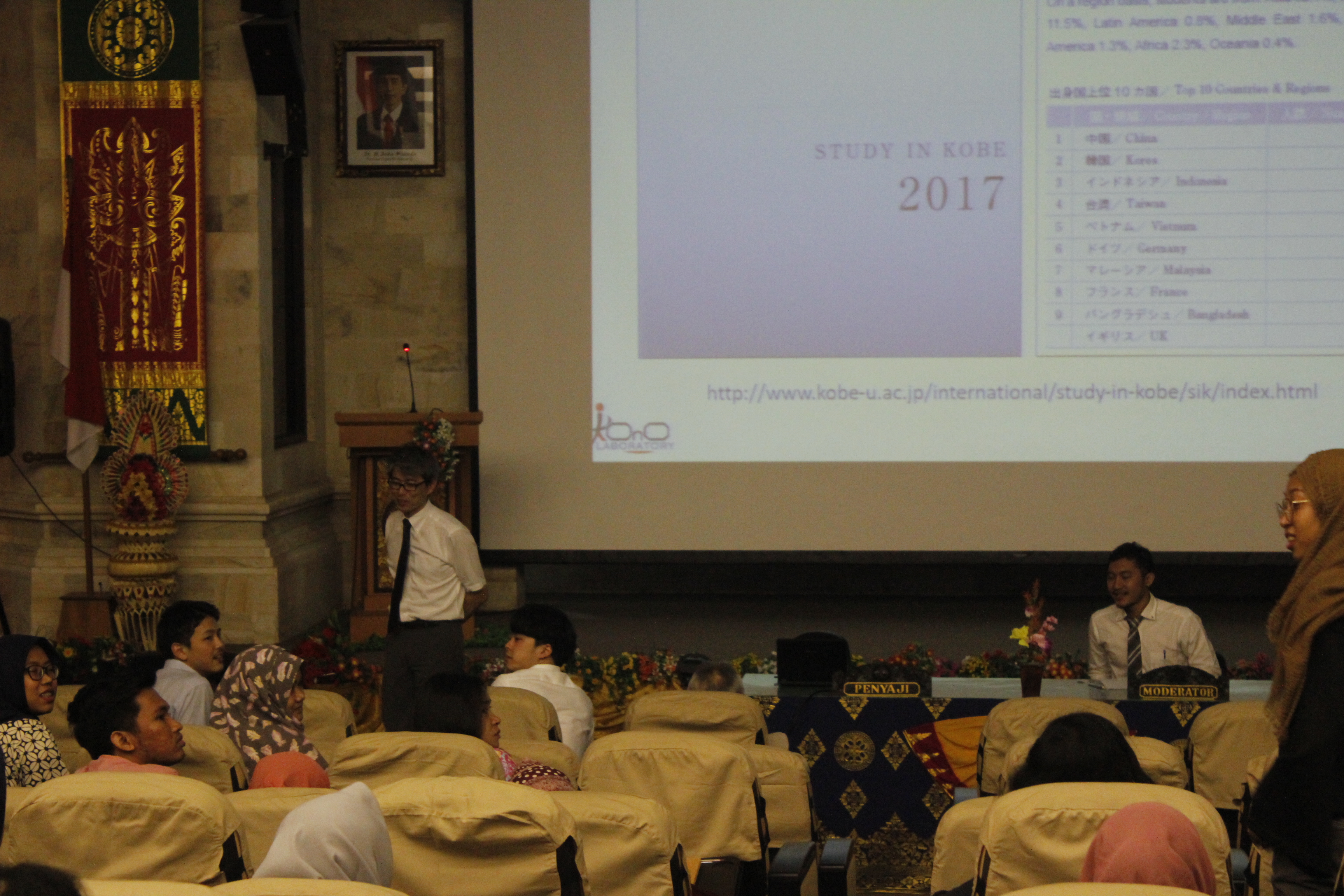 This activity was consisted of two main sessions. The first session was an introduction to the University of Kobe-Japan to the seminar participants who have an interest in studying at the university. This session was lead by Professor Rei Ono. This two-hour session provided an opportunity for Udayana University Physiotherapy students to study the stages in order to continue their education at Kobe-Japan University.

The second session is a material seminar that explained about the Pulmonary Rehap. The material was presented by Professor Akira Ishikawa. This session is a core session for seminar participants to learn about modern physiotherapy. In this session, Prof. Akira Ishikawa presented this material clearly and deeply. This was seen with the responses of students of the Physiotherapy Study Program who were asking questions about the theory described by the conditions of practice in the field.