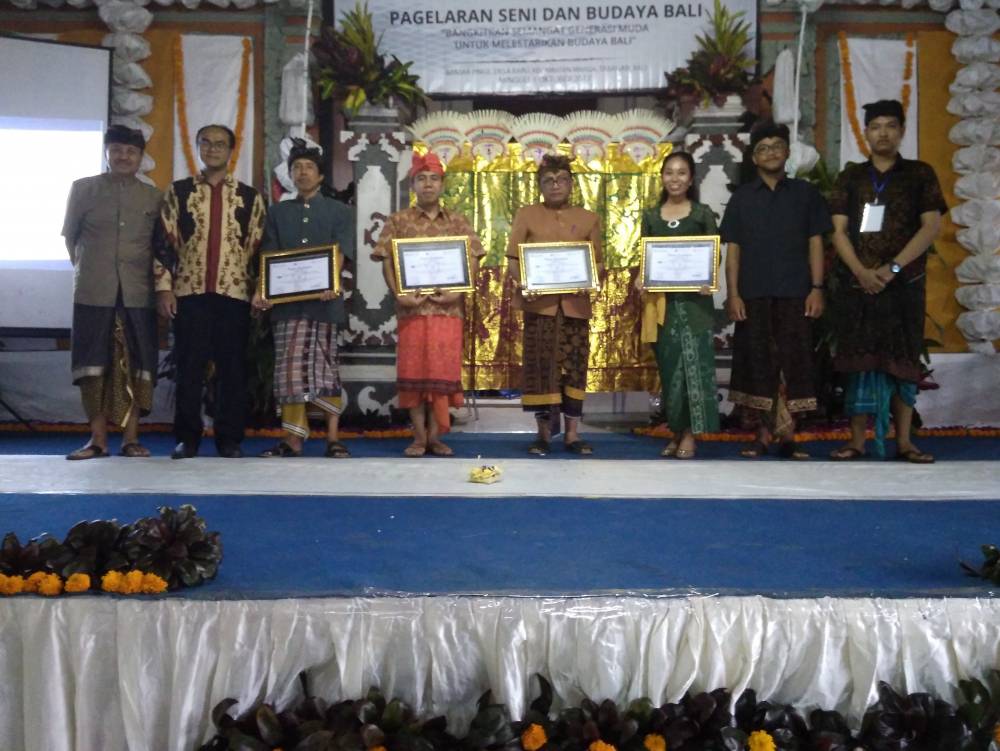 Tabanan –  Sunday (01/10), Bank Indonesia Scholarship Recipient Udayana University, which well known as the Community of the New Generation of Indonesia (GENBI) Udayana University held a high school (SMA) competition entitled art and cultural performances of Bali in Banjar Pinge, New Village, Marga Subdistrict, Tabanan-Bali Regency. The selection of activities by the committee in Banjar Pinge was initiated by the committee, Bank Indonesia representative office of Bali-Nustra and Banjar Pinge, which is a banjar built by Bank Indonesia. In addition to Bank Indonesia, the committee also took Bali Provincial Education Office to become one of the parties involved in the implementation of this Bali Arts and Culture Performance event. In the design of this activity, the committee has a goal in an effort to contribute in the implementation of Tri Dharma Perguruan Tinggi applied in the form of cultural preservation efforts in Bali Province and community service in support and promotion of community-based new tourism business in Banjar Pinge.

One of the Dharmawacana Competition Sessions

In the implementation of its activities, this activity was chaired by Putu Ananta Pramagitha who is a student of Law Faculty of Udayana University. This Balinese Art and Culture Performances event lasts for one day starting at 08.00 WITA to 18.30 WITA. In this activity, the committee held three high school tuition contest in Bali. The three races were Dharmawacana, Mekekawin, and Painting Bannerman-umbul. The three races were chosen by the committee because it was considered appropriate to be a race of traditional Balinese arts in order to preserve the values of Balinese culture in the youth of today's era.

At least there are more than 25 high school institutions in Bali who recorded to be participants in the three categories of competitions that have been held by the committee. This organizing is expected to be the encouragement of other young people to continue to love their culture. (pratama)