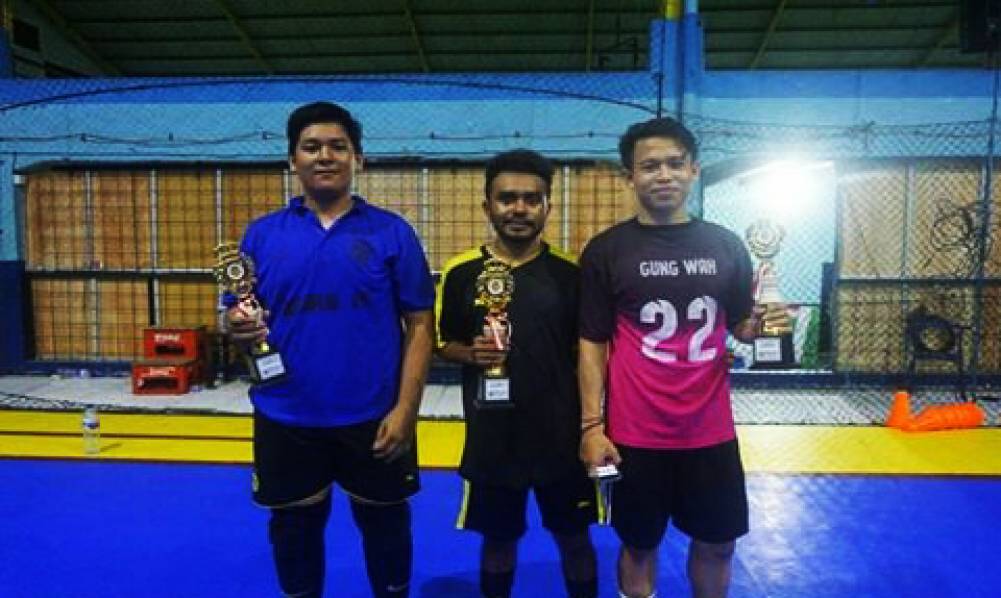 Denpasar – HIMATETRI (Agricultural Technology Industry Student Association) Faculty of Agricultural Technology held HIMATETRI CUP V 2017. This activity was held on 8th-9th of June 2017 at Meazza Futsal, Teuku Umar Barat Street No.88X Denpasar. The theme of HIMATETRI CUP V was "Shaping Youth Character that is Sportive, Resilient, and Never Surrender". This activity aimed to introduce agricultural technology industry study program to the general public. It is also one of a series of activities to commemorate the HIMATETRI Anniversary which will be held in September.

HIMATETRI CUP V started at 14.00-22.00 WITA on 8th-9th of June 2017. This futsal tournament was followed by participants under the age of 23 and non-pro players (not district, provincial, etc.). The number of futsal team participants who followed as many as 18 teams with 10 players. Of the 18 teams were divided into four groups as follows:

The committee in this activity amounted to 50 people with preparation time of approximately two months. In this futsal tournament, only three champions were taken. As for the first winner was won by WTA FC Karangasem, the second winner was Kick In FC Denpasar, and the third winner was IMSU Bali.

Michael Jordhi Giovani as the chairman of the committee in this activity revealed that HIMATETRI CUP this year was more lively than last year. It was seen from the increasing number of participants and the total prize. "It is fun to be the chairman of the committee and can work with people who do not give up the spirit. Hopefully next year will be more lively with more participants and continue to promote the technology of the agricultural industry to be global", he said.

"I feel happy, proud and it is enough for the champion and maybe in the semifinal, we were less fortunate", said Efriado Sihaloho, one of the players from the IMSU Bali team who won the 3rd place in this tournament. (mimi)