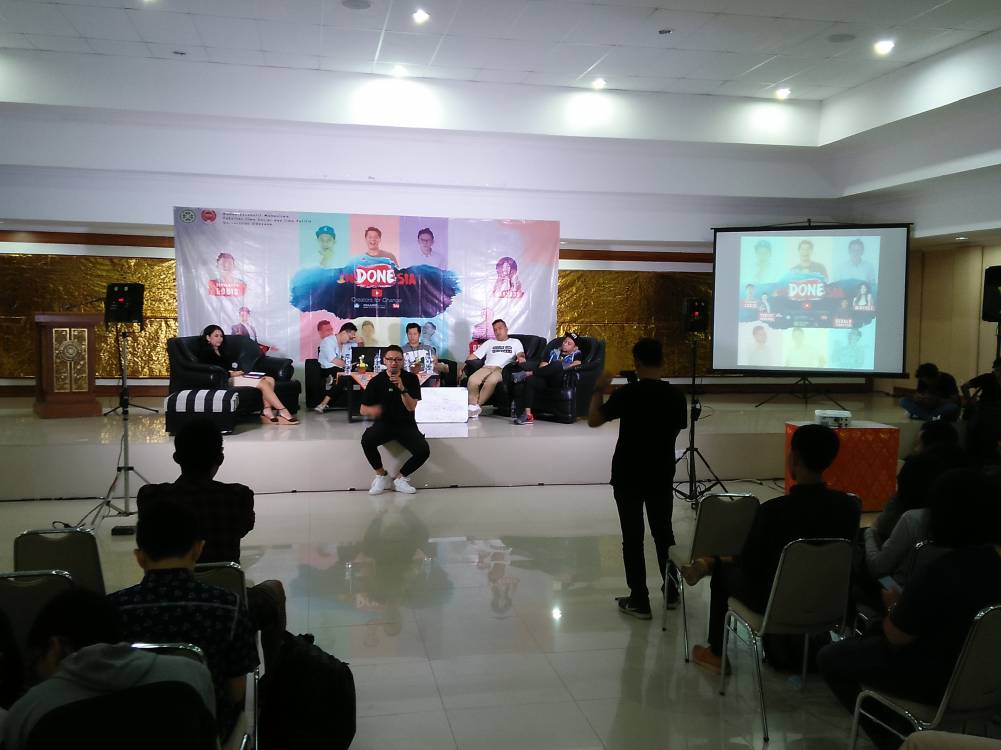 The atmosphere of material handling from one of the members of Cameo Project in Nusantara Room, Agrokompleks Building, Campus Sudirman Denpasar.

Denpasar, (24/4) A workshop was organized by Cameo Project with the theme "creators for change." The presence of Cameo Project in connection with the roadshow, which was undertaken, and Bali represented Udayana University became one of the selected universities.

There were three topics of discussion that cameo project gave. Those were: "How Important to spread positive content in social media", "what kind of content does Indonesian like", and about "after becoming youtuber". In addition to material briefing, the participants were also given video-making practice with representatives of 20 participants. In addition to the appearance of Cameo Project, there was also a material from KokBisa Channel that was filled as the second speaker.

Located in Nusantara Room, Agrokomplek Building, Sudirman Campus Denpasar, this event was attended by students from various universities in Bali. Workshop activities by Cameo Project is one of the work programs of the Department of Creative Media BEM Faculty of Social and Political Sciences Udayana University.

One of the organizing committee as the Event Coordinator hopes that the young generation, especially students can realize the topics that have been described.(mimi)