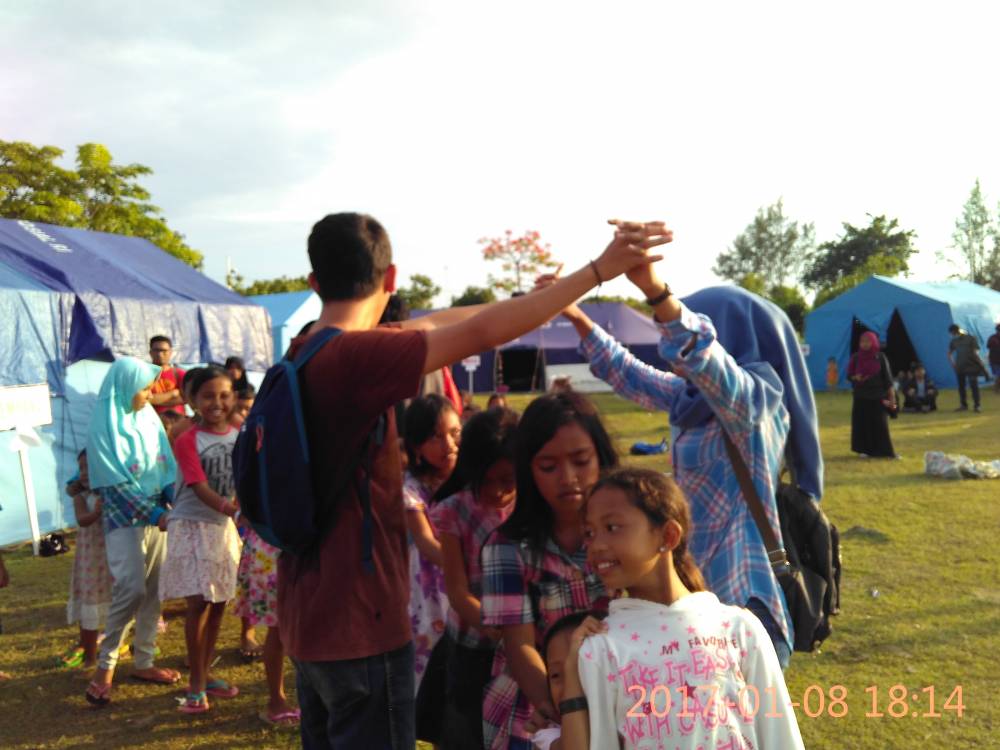 Denpasar- Monday(9th of Jan) there were approximately 20 students from the Udayana University who visited Serangan Island. The visit of the students was a form of social movement on eviction that occurred in the Serangan Island some time ago. The recent years’land disputes cases in Serangan had resulted in the eviction of Kampong Bugis, one of the residences in Serangan Island. There were around 38 homeless families. The victims of the eviction, the people of Kampung Bugis were sad because there was no longer a place for shelter,

The news of the eviction eventually resulted in various aids to help the residents whose homes were evicted. Now they could only live in tents provided by the Indonesia Red Cross. The plan was to place the evicted citizens in temporary houses by making rental payments that had been agreed. Concerning the improper surrounding of the refugee, it then became necessary to immediately execute the plan. 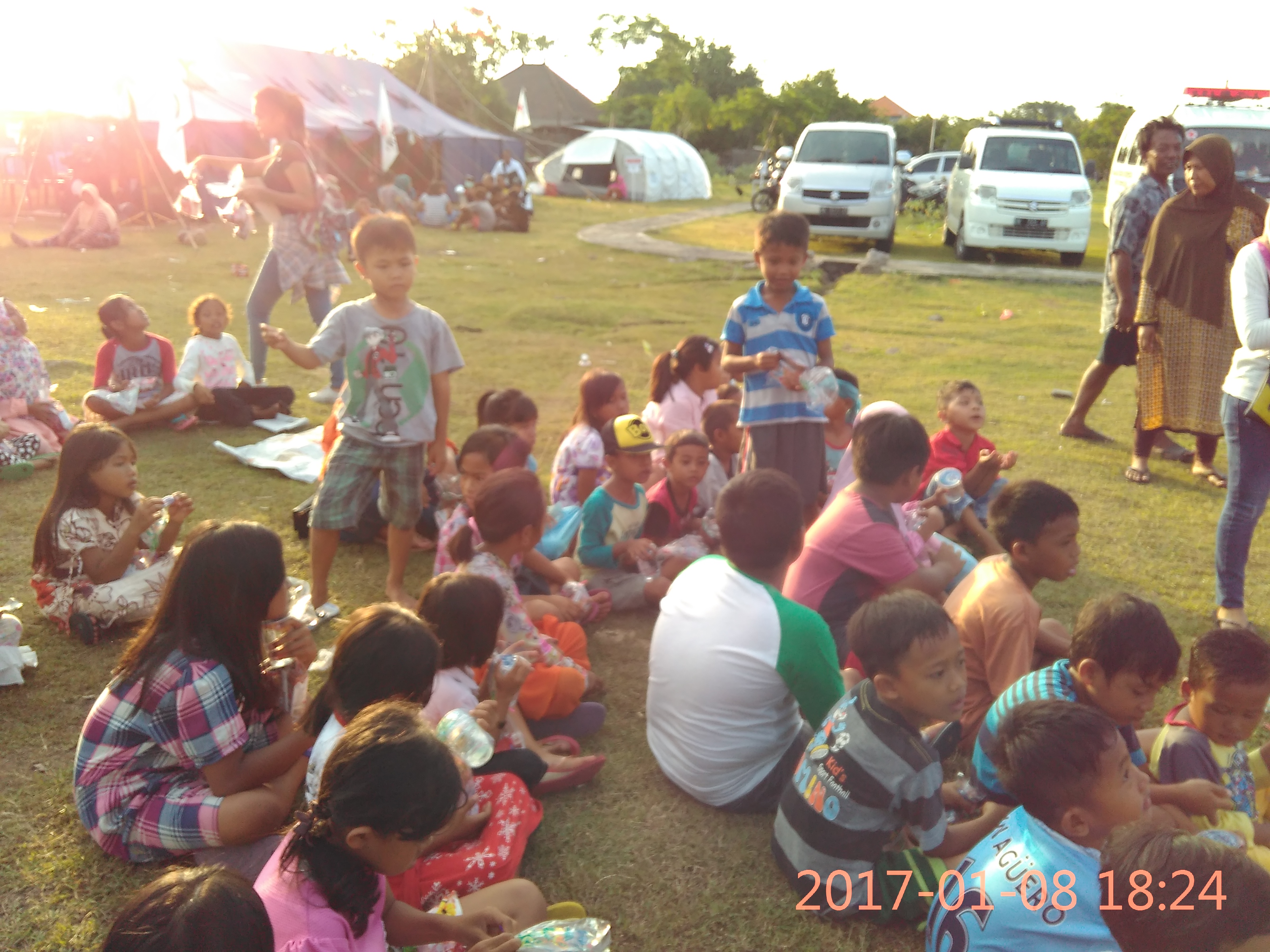 Based on the situation, some students of Udayana University was doing a social activity with the theme of "Student Share".

"This activity aims to help evicted residents of Kampong Bugis. Although not much is given, it is hoped to provide benefits and ease the burden of Kampong Bugis residents. "Said Zait, students of the faculty of Arts of Udayana University.

In addition to providing assistance and provisions, the students also provide some games as a form of entertainment for local children who had suffered from house eviction. The games were charades, snakes in the cave, and marble-spoon race. The children of Kampung Bugis seemed to be excited about the arrival of these students. Laughter and smiles fill their faces.

"These games were to entertain our unlucky brethren.  We are palling to recruit “Teaching Volunteer” for anyone who can sahre their time to educate the children. It is because besides having beautiful beaches, Serangan Island has rich cultural heritage to be developed for the future. "Said Ricky, one of the students of Faculty of Arts.

"Being smart astudent means to be aware of social surrounding. It was not merely about intellec, but also awareness for surrounding that prove as the genuine identity of a college students.” Said Fahmi Reinaldo Zackaria. (dessrimama)