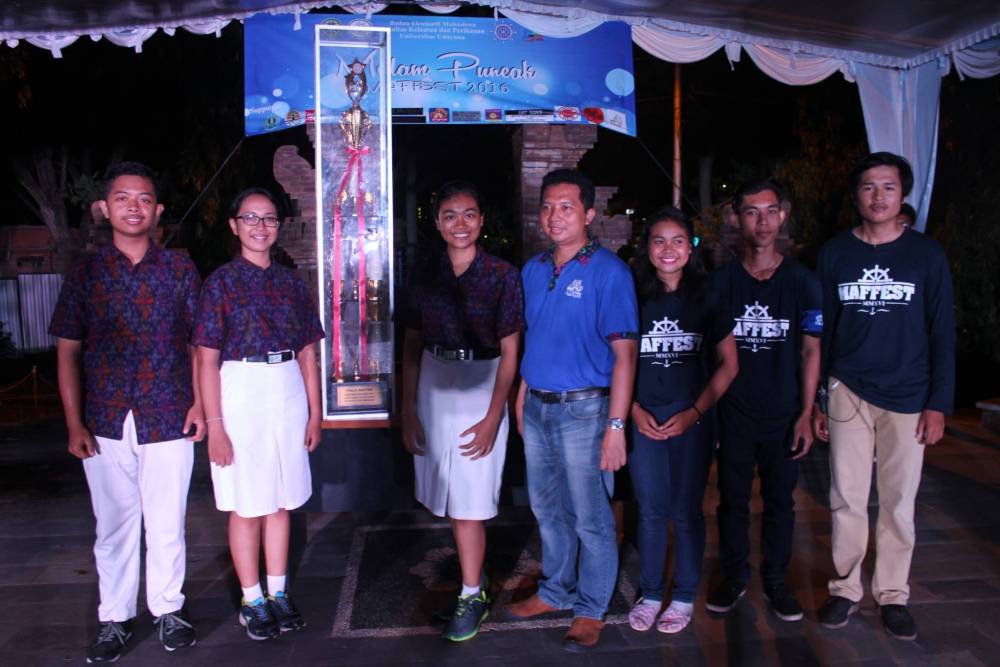 The last day of the 5th anniversary of the Faculty of marine and fisheries were held on Saturday (29/10) in Park City of Lumintang, Denpasar. Various folk entertainment held on the eve of this peak. Visitors were entertained by Sangsaka Theatre, Bondres SUSI Buleleng, and offerings from SMEs Wushu, and bands. Not only the entertainment of the people, the announcement also conducted for the champions in Marco Art Competitions, also handing the trophies by rector to the winners of the LKTI-KP 2016, contingent dissolution of the anniversary, and the closing of MAFFEST.

On the evening peak of the FKP anniversary, it could be observed in the field, the atmosphere festive and crowded. Not only students from FKP, but some of the general public who happen to also spend a Saturday night in Park City Lumintang. The general public was entertained from this event. For more, it was not only free, but Bondres SUSI Buleleng also churned the stomach of the visitors that night.

Besides a stage for entertainment, there is also provided culinary booths and feshions and museum of FKP. Stand FKP museum appeared to be surrounded by a lot of visitors, as it provided about a brief introduction about FKP and documentation of academic and non-academic activities held in FKP.

The evening peak celebration of 5th anniversary of FKP is the last series of MAFFEST. There have been many activities carried out from the beginning of last October. Activities carried out there are seminars, social events, charitable devotion, LKTI SMA / SMK in Bali level, and marco art Competitions. (mimi)