PHILOSOPHY AND FUNCTIONS OF KIDUNG (BALLADS) FOR HINDUS

"When I first composed the beauty of the forests and mountains,

coincides with the rainy season months Kapat (October to

In Hindu religious ceremonies that are usually designed and implemented with a lively and festive way, the verse of Kidung Wargasari above is sang along with the procession of the ceremony the kidung interpreter sing it as an opening hymn to mark the start of a procession of Hindu religious ceremony. Along with that, gamelan gong was beaten with the sound of holly bells and prayers from the Sulinggih or Pamangku who led the ceremony. That is the Hindu procession which lasted for generations. The question now is why Hindus sing hymns in a religious procession? The answer is most certainly obtained as "mule keto" (in English; indeed so). It indicates that the insight knowledge of Hindus about the meaning behind the religious activites that they do is still limited.

Therefore, the understanding and deepening process of Hindu religion by Hindus will still need to be improved, because the stability in adhering a religion is not only by organizing vibrant religious ceremonies, but by increasing the directed understanding and deepening in accordance with the values embodied in the teachings of Hinduism as a whole, they are tattwa, susila, and upakara. For that, on this occasion I tried to examine the philosophy and function of kidung by placing it as a prophetic literature (borrowing a phrase from Abdul Hadi, 2004).

As a prophetic literature, kidung assumed to have a prophetic spirit which is a central facet or center convergence of social and transcendental dimensions. The social dimension refers to human life in the real world or profane (Sakala). Otherwise, transcendental dimension is pointing to a higher life (niskala), wich culminating into the supreme God or Ida Sang Hyang Widhi Wasa. This transcendental dimension gives depth to the kidung literature, supports it with spiritual values, making kidung acts as a vertical literary work. Thus, the kidung can be seen as the way to God or beauty worshipping as well as a means towards the discovery and re-introduction of the nature of human beings. Because of that, kidung would be seen as a symbol of a functioning system to directs behavior or symbolic forms that are considered as the media to store meaning, as a tagging process, has relative quality, arbitrary, artificial actively created by the researchers as the audience by setting codes to define the various types of significance with a number of lexias (elements that can contain a variety of meanings for diverse connoisseurs) throughout the text. Researchers as a kidung lovers staged in a position of writerly text that is an active audience in a creative process to open up space for interpretation (Barthes, 2007). Correspondingly, the hermeneutic approach becomes a relevant approach with the view of kidung as hermeneutic experience that uncovers the truth. The emergence of the truth in the experience of bringing hermeneutic encounter with negativity intrinsic to the experience so that the experience becomes an "aesthetic moment". "The moment of aesthetic" make kidung can actually be used, for opening a space in something, to enable the truth become a manifest. Hermeneutic experience to understand what is said, in this case kidung, according to the current situation. Moreover, the meaning of kidung as a literary work is dynamic, temporal, and personal (Palmer, 2003).

The Kidung has not been widely studied and published by the traditional literary researchers. The publishing process which was successfully performed by the hymn text philologist among others is Kidung Sudamala (Callenfels, 1925) in the article entitled "De Sudamala in de Hindu-Javaansche kunst". In the study, Callenfels see the role of "Sudamala" in the tradition of the purification of the Javanese Hindu Community life. He also argues that the Mid Javanese Language is not only decades older than the collapse of Majapahit, but even several centuries. Middle Javanese Language used in daily life as a living language speech. Berg (1927, 1930, 1931) published the Kidung Sunda, Kidung Ranggalawe, and Kidung Harsha Wijaya with the article titled "Kidung Sunda, Inleiding, tekst, vertaling en aanteekeningen"; "Rangga Lawe, Middeljavaansche historische roman"; and "Kidung Harsha-Wijaya". In principle, in all three of these studies, Berg looked at the kidung literature as a historical romance. Prijono (1938) published Kidung Sri Tanjung in the article entitled "Sri Tanjung, een Oud Javaansch verhaal". A principal thing that can be said from the study was that Prijono looked kidung rather than as a Middle Javanese literature, but as the story Javanese. Poerbatjaraka (1940) published Kidung Dewa Ruci in the article entitled "Dewa-Roetji". Nuarca (1992) published Kidung Bima Swarga in the article entitled "Kidung Bima Swarga, Suatu Kajian Filologis". The last two researchers more focused their research on the aspects of philology, especially with text editing and translation criticism apparatus. Kidung research from the literary system does not appear in the study.

The discussion of ballad from literary system was pioneered by Robson (1971) in the article entitled "Wangbang Wideya a Javanese Panji Romance". He was meritorious in laying the foundations of kidung literature research by looking at the structure of the Kidung Wangbang Wideya. Metrum Těngahan in kidung literature discussed by Vickers (1986; 2005) in a paper entitled "The Prince desiring: a Study of the Kidung Malat as Text". In the study, Vickers tries to discuss the Metrum Těngahan that used in Kidung Malat. However, he had difficulty when trying to formulate the metrum pattern. He found the final sound at the end of mid-couplet metrum determined based on the dominant vowel that is used in the name of a Metrum Těngahan. For example, one stanza of metrum Kaðiri will end with a vowel sound i as i dominant in Kaðiri word. Presumably, these allegations further remains to be seen as contrary to reality. Not all metrum Kaðiri ends with the sound i. It is true that the long opening stanza and short stanzas of metrum Kaðiri torso section ends with the sound i. However, short stanzas of metrum Kaðiri opening section ends with the sound o and long stanza of the torso metrum Kaðiri ends with the sound of a. Thus, the opinion cannot be applied absolutely to determine the final sound on every Metrum Těngahan. Many issues of kidung literature need attention from traditional literature researchers (Adiwimarta, 1999: 93). For example, Berg (1927: 133; 1931: 2) says that he would rather not make a subsection in the kidung stanzas issuance during metrum Těngahan structure has not been studied in more deep research. The Berg opinions indicates that the structure of Metrum Těngahan is still an issue that needs to be discussed further in order to provide more comprehensive information to the kidung literature research efforts in the future. 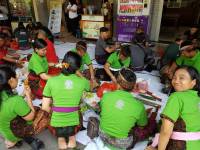 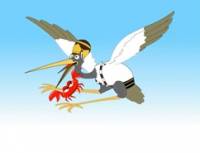