"THE WORLD INDONESIANIST FORUM 2018" SO THE INDONESIAN CULTURE PROMOTION TEACHING 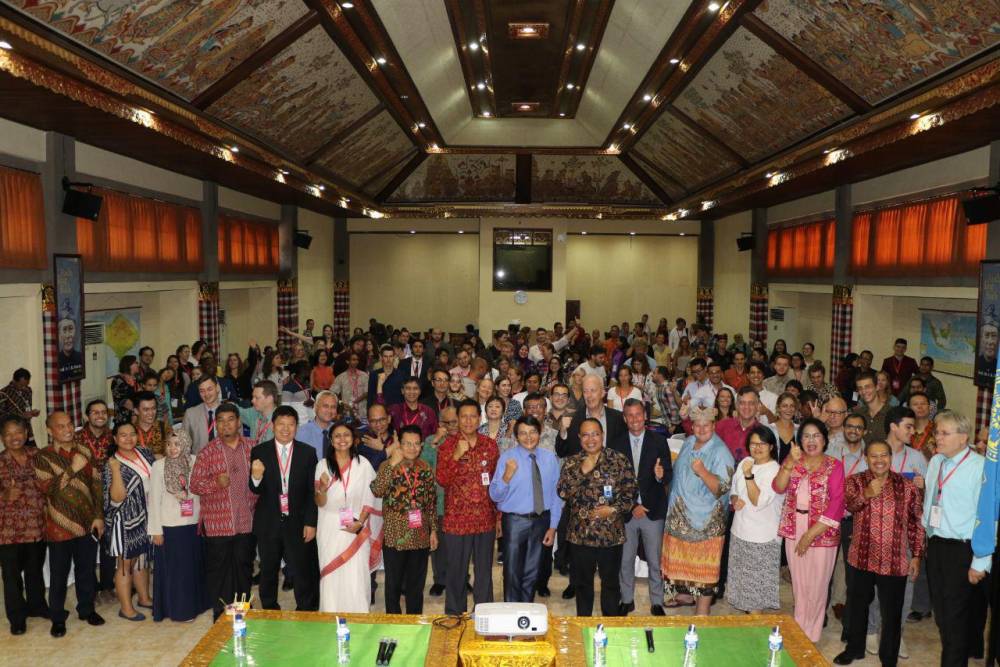 Denpasar - The Indonesian Ministry of Foreign Affairs in cooperation with Udayana University held "The World Indonesianist Forum 2018": The Role of Millennial Generation. The forum was attended by 200 participants from 43 countries, Tuesday (30/10) at the Widya Sabha Mandala Auditorium Prof. Dr. Ida Bagus Mantra FIB Denpasar. The event, which was opened by the Head of the Ministry of Foreign Affairs's Policy Assessment and Development Agency, was also attended by the Bali Provincial Government Assistant I, Vice Rector for Planning, Collaboration and Information for Unud, Dean of FIB and other invitations.

Indonesianists are people who observe and explore Indonesia from various aspects consisting of lecturers, researchers, and students, both working in Indonesia and in their respective countries. This activity is intended to bring together Indonesianists from all over the world so that in the future they can play a massive role in participating in promoting Indonesia.

This activity is carried out in the framework of the stages towards the Indonesianist Congress in 2019. In 2017, this forum has held a Focus Group Discussion (FGD) in the framework of the programs implemented. This time the program was attended by Indonesianists from America, Europe, Japan, India and others. The activities were filled by a number of panelists including Anis H. Bajrektarevic, Wolfgang Busse, Restu Gunawan, Jan van der Putten, Xu Liping, and others. The Minister of Foreign Affairs of the Republic of Indonesia, Retno Marsudi, had the opportunity to be present on the sidelines of the event and hoped that this forum could become an arena for networking, especially among the younger generation from various nations in the world. In this event the pendet and janger dances were also performed by students of the Unud FIB International program. (HM)