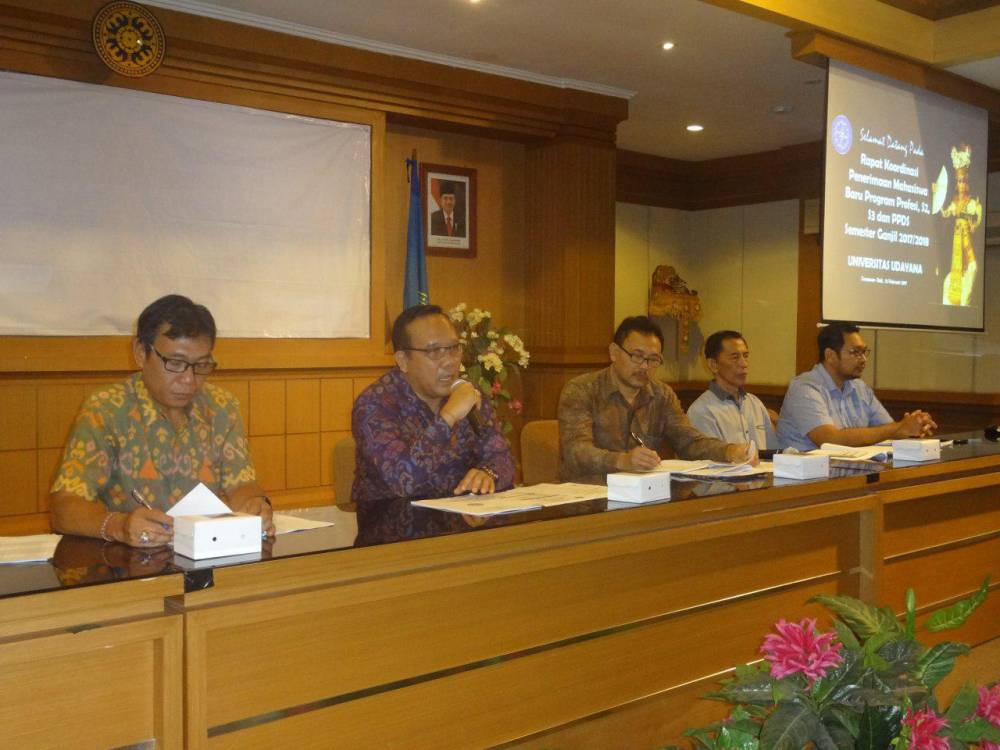 On Thursday, February 23th, 2017 in the Hall of Postgraduate Udayana University Campus Sudirman, Bureau of Academic Cooperation and Public Relations Udayana University organizes held a coordination meeting  “New students admissions Profession program, S2, S3 and PPDS on odd semester of 2017/2018”. This event was attended by Deputy Director of the Graduate Academic Affairs, Vice Dean of the Faculties, the Head of Study Program S2, S3, PPDS and Professionals as well as Head of the General and Finance Faculty. This meeting was chaired by the Deputy Rector for Academic Affairs Prof. Dr. DVM. I Made Damriyasa which is accompanied by Head of BAKHM, Drs. IGN Indra Kecapa as moderator and the Chief Financial Officer as the speaker, USDI and Udayana Hospital. This meeting is intended to establish Standard Operating Procedure (POB) and new admissions schedule of Profession Program, PPDS, Masters and PhD at the Udayana University  on odd semester of the year 2017/2018. 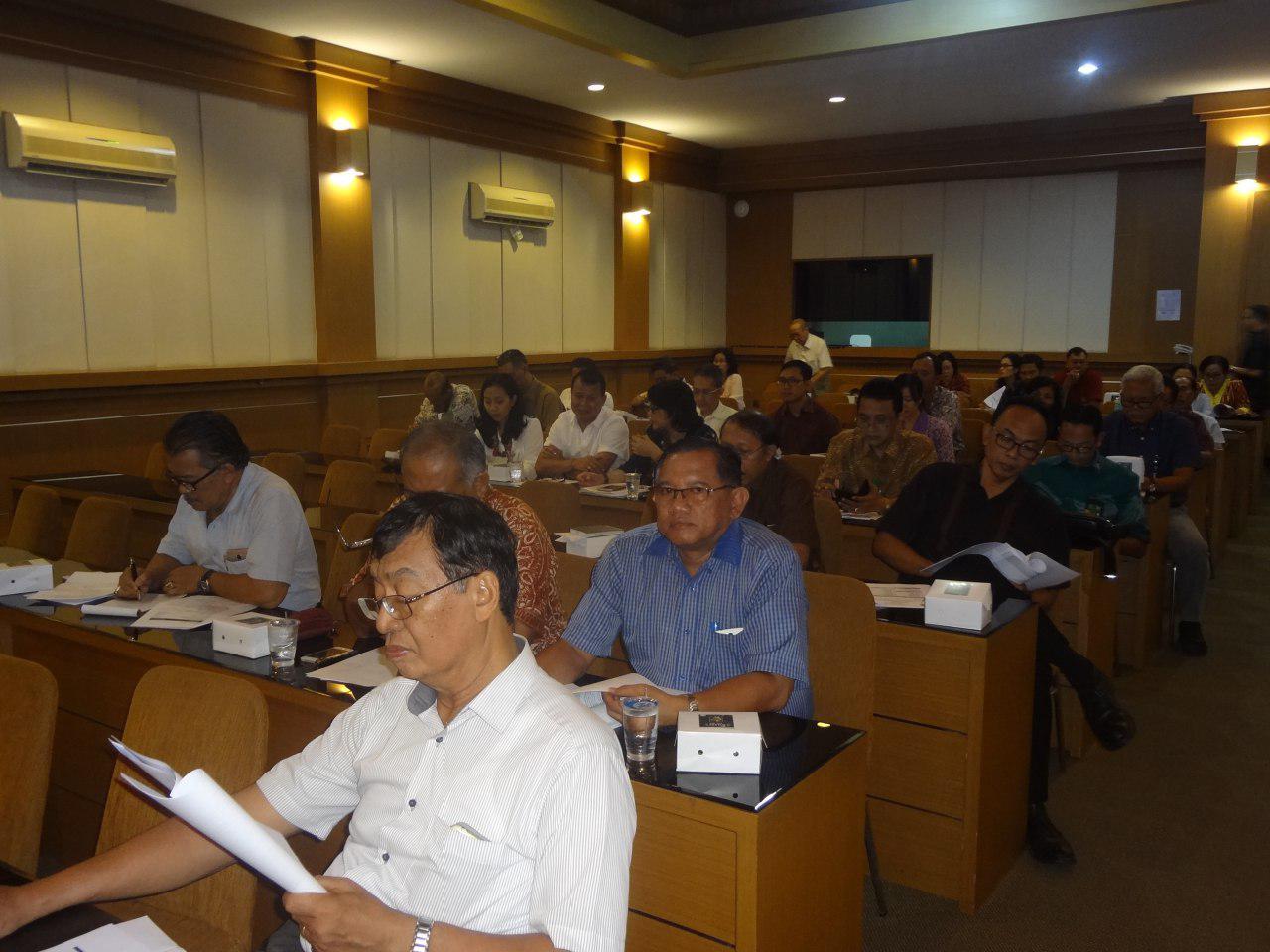 Deputy Rector for Academic Affairs said that Unud in every year always try to fix the Acceptance System with the purpose to get better quality from the previous year. University has already promotioned to Palu and Manado about new admission students. After getting acreditation A, it is expected to be more confident in promoting the university so suggestions and feedback is expected too. The existing reception system will follow the development of technology and information that has been growing rapidly at this time. Unud also required to have a POB which is specified by the Decree of the Rector to avoid complaints and protests from the public against the admission process, the POB determination is an obligation in the admissions of Professional Program, S2, S3 and PPDS on Odd Semester 2017/2018 of Udayana University. (PR)