THE WARNING OF THE 56th NATALIS DIES, UNUD DOES HANDLING 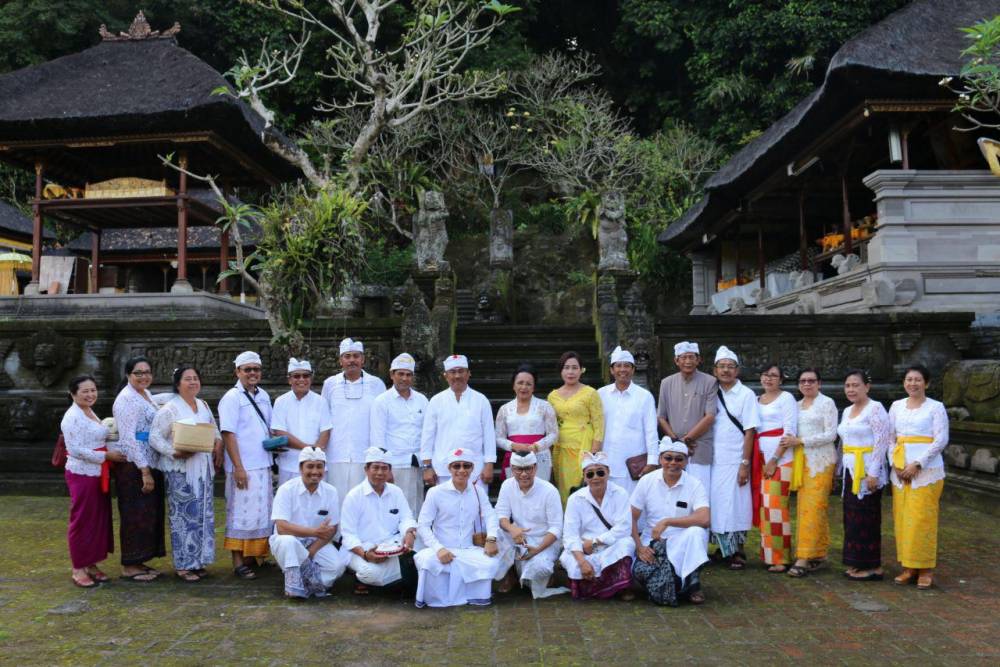 Gianyar - In commemoration of the 56th Anniversary, Udayana University carried out the Parade of Trips of Prabhu Udayana, Wednesday (12/09/2018). The activity which was attended by the Chancellor, Vice Chancellor, Dean, Chairperson of the Institute and lecturers and staff in the Unud visited four temples namely Durgakutri Temple, Gunung Kawi Temple, Tirta Mengening Temple and Tirta Empul Temple located in Gianyar Regency.

Chancellor of Unud, Prof. A.A Raka Sudewi said that this activity was one of a series of activities from the anniversary of the Anniversary that was routinely carried out every year. This activity also aims to ask for blessing for the smooth running of the commemoration of the 56th Anniversary of Udayana University which the highlight of its commemoration will be held on September 29, 2018.

The Chairperson of the Commemoration Committee for the Anniversary, Agus Darma said that before the implementation of this footprint activity, it had been preceded by the activities of 'matur piuning' to each temple to be visited. Agus Darma also expressed his appreciation for the role and contribution of all parties who have participated in the success of this activity and hopes that the commemoration of the 56th Anniversary will run smoothly. (HM)