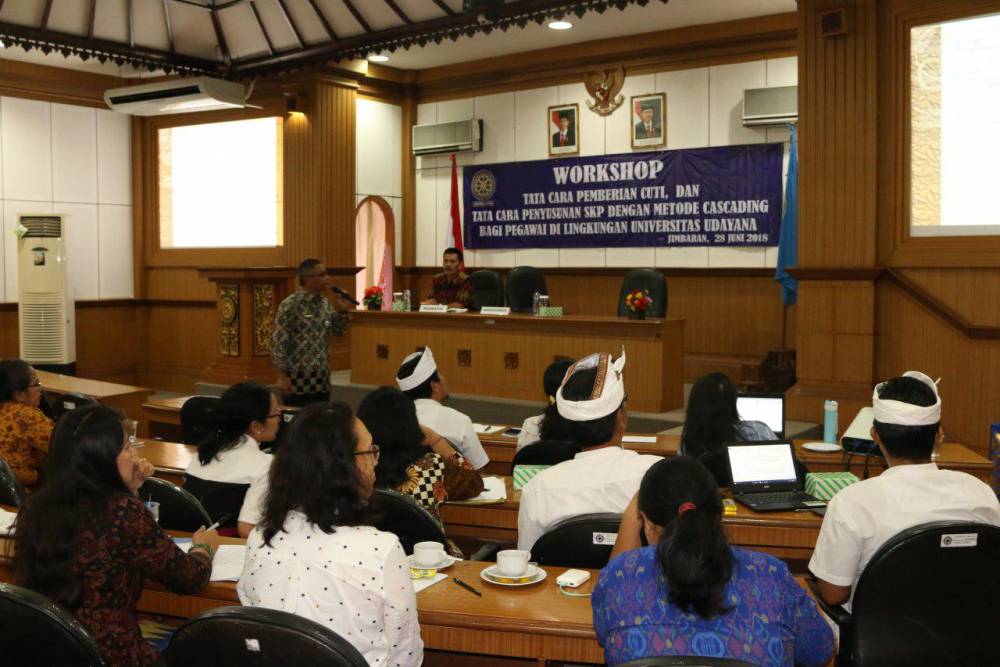 Head of Human Resources Division Unud, Nyoman Sumayadnya convey the purpose and purpose of this workshop is to improve the understanding of the procedure of giving leave for civil servants, equation of perception of the Regulation of Personnel of the Republic of Indonesia No. 24 of 2017 and Government Regulation No. 46 of 2011 and provide a governance- how to arrange employee job target with cascading method. The workshop was attended by Vice Deans II of Faculty, faculty representatives, UPT representatives, USDI, Kooprodi and representatives from Bali State Polytechnic. Head of HR hopes this activity can be useful and provide understanding in terms of technical giving of leave and preparation of Employee Work Objectives. 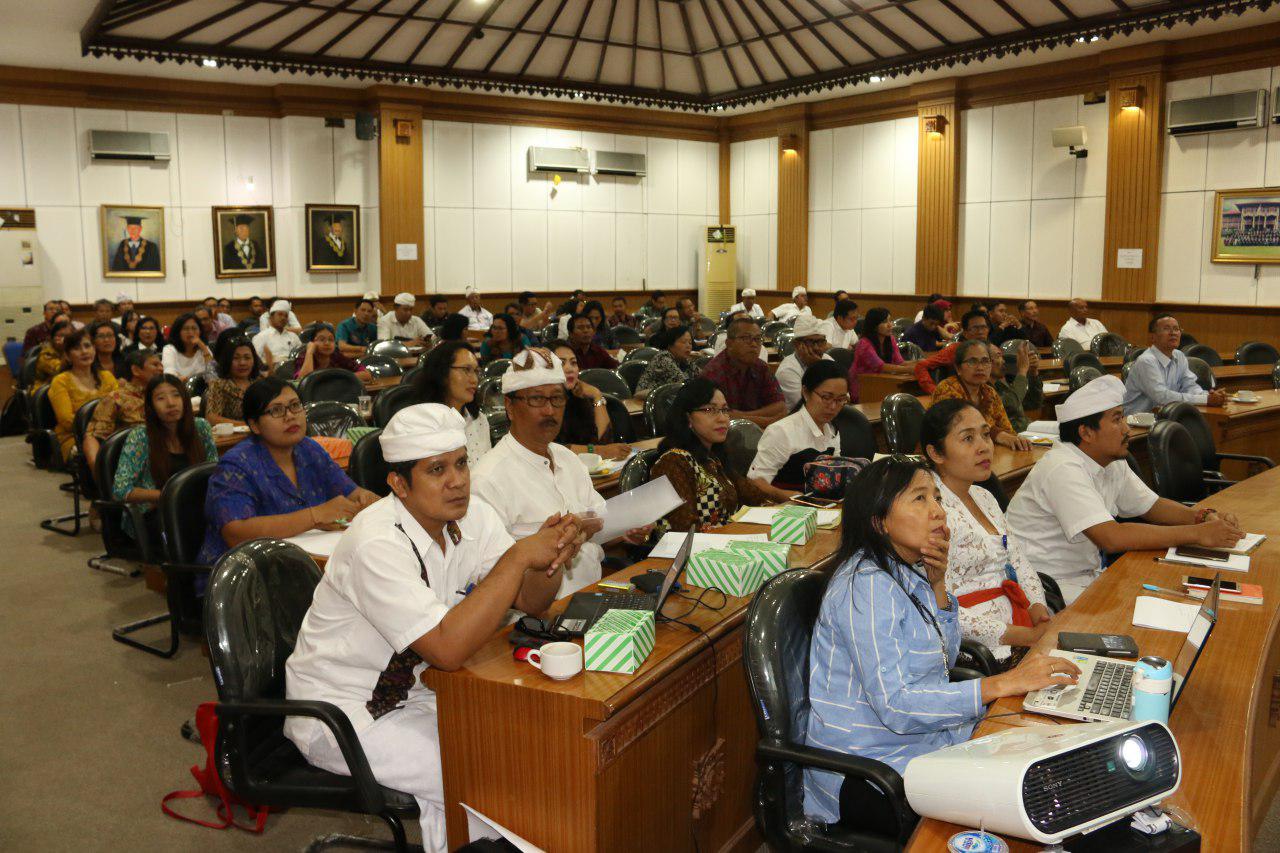 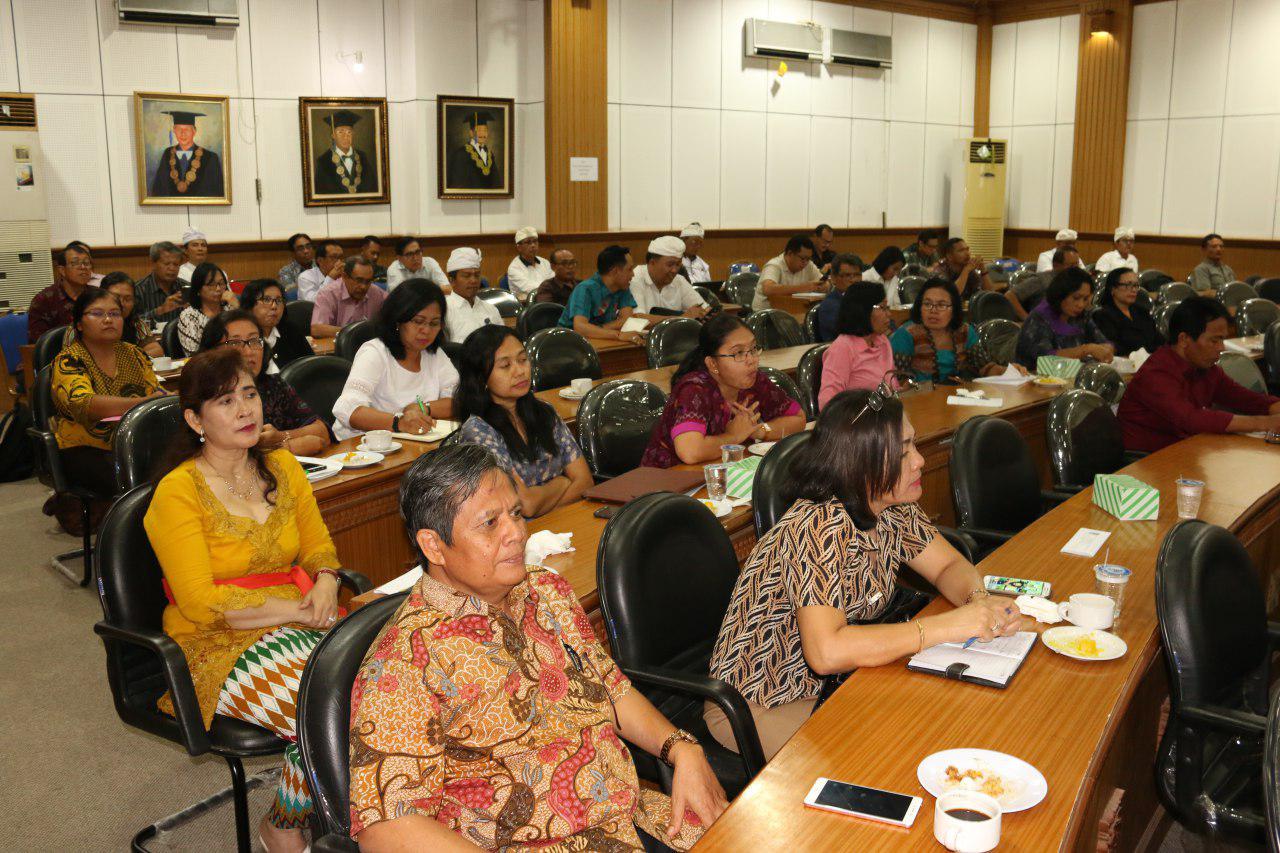 (Participant of Workshop "Procedure of Giving Leave, Procedure of Formulating SKP with Cascading Method for Employees at Udayana University")

Head of Sub Directorate of Procurement and KepgaBadan Kepegawaian Negara in the presentation of the material explaining about the legal basis of giving leave is referring to Government Regulation No. 11 of 2017 on the management of civil servants. In this case the definition of leave is a condition of absenteeism permitted within a certain period and the Official Authorized to Give Leave (PYBMC) is a KDP or official who gets a partial delegation of authority from KDP to provide leave. Types of Annual Leave (CT), Cut Off (CB), Sick Leave (CS), Maternity Leave (CM), Cause Leaveover (CAP), Crime Leave (CBer) and Leave Out of State Expenditure (CLTN ). Mechanisms and conditions in the filing of leave refer to the rules that have been set.

Related to the preparation of SKP with Cascading Method explained that in preparing the SKP must pay attention to several things that are clear, measurable, relevant, achievable and have a target time. SKP contains activities on duty and the target to be achieved. Each job assignment performed should be based on the duties and functions, authority, responsibilities and job descriptions that have been defined in the Organizational Structure and Work Order. In setting targets SKP should refer to several things including quantity, quality, time and cost. The common problem that often faced in the implementation is the difficulty in writing job function in SKP, because the activities are different with the positions held and there is no standard performance performance so it is difficult to measure and appraise the performance fairly. (HM)