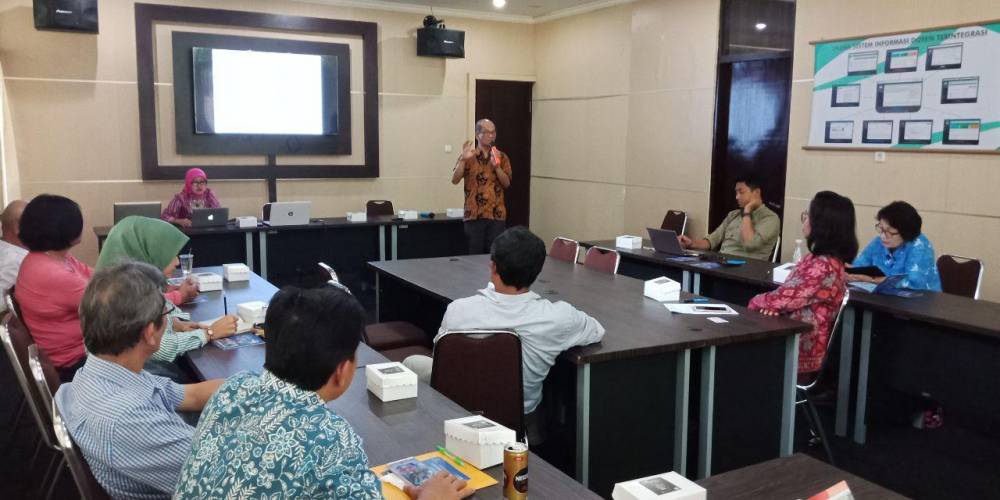 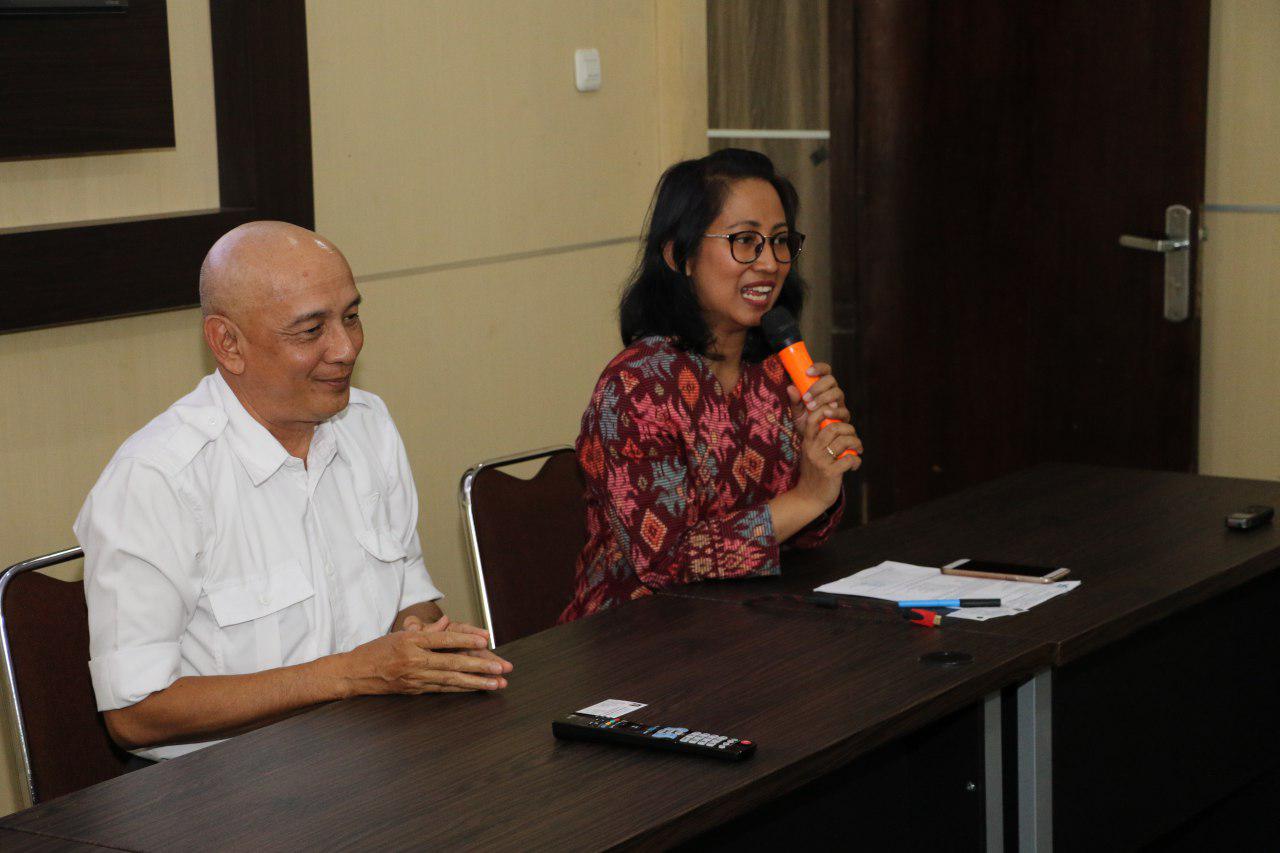 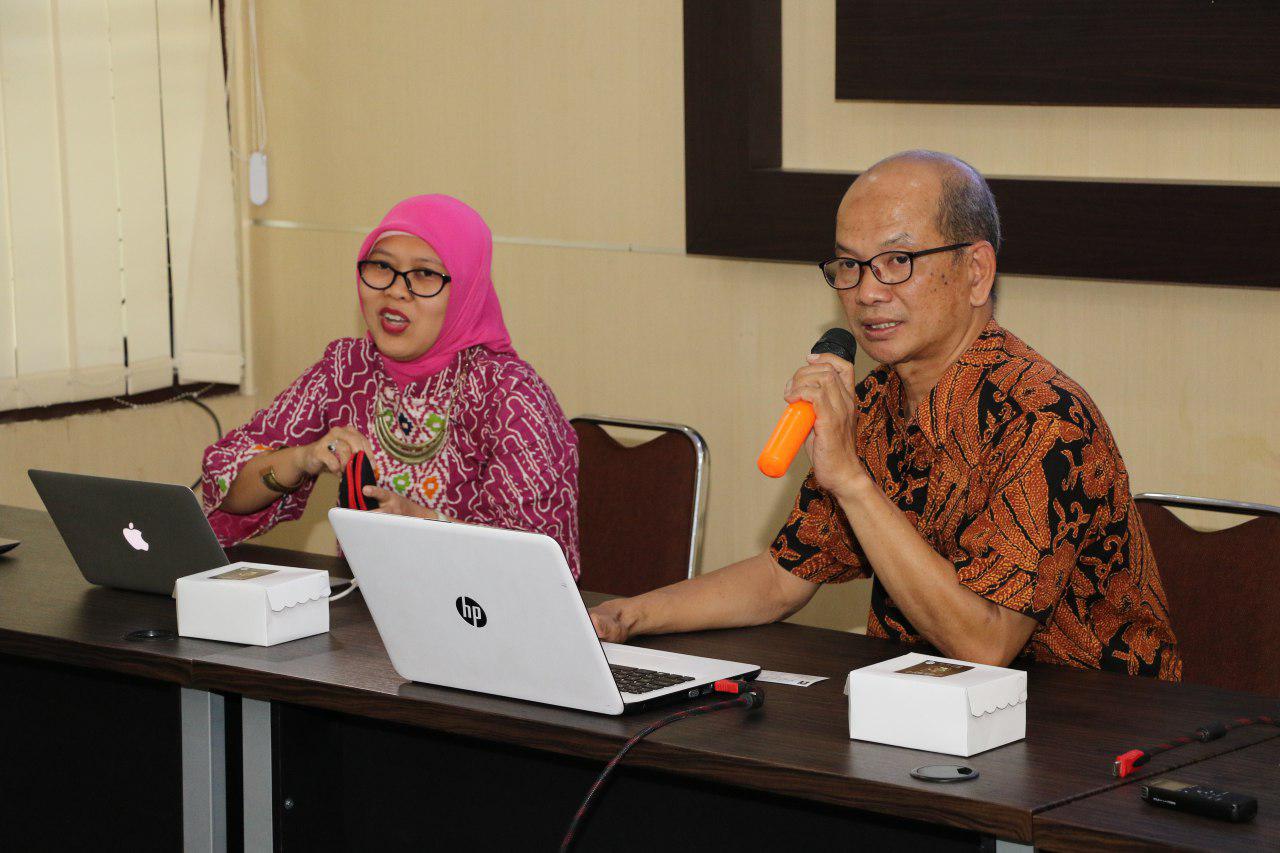 (Head of Cooperation, Abdul Syukur together with Neni Herlina as Head of Information Services Sub-Office, Secretariat of Directorate General of Learning and Student Affairs when delivering material)

In his presentation Kasubag. Cooperation of Directorate General of Belmawa, Abdul Syukur gave material about PDLN in the field of Student Affairs. It was conveyed that foreign official travel must obtain permission from the President through the Secretariat of State. Officials authorized to grant permission shall restrict foreign official travel only to those of high priority. Some common problems that are often experienced in the filing of PDLN is the completeness of the file and the requirements are less so that often the occurrence of obstacles PDLN letter process.

Udayana University and Ganesha University of Education are universities that continuously apply for the License of PDLN, expected by the presence of Belmawa team will be established good communication, and things that are still lacking in the process of submitting PDLN can be communicated more quickly, so that the output of PDLN letter can be published on time. Currently permission services have been implemented online and can be monitored through http://simpel.setneg.go.id.

The second session was presented on Information Services of the Directorate General of Belmawa submitted by Neni Herlina as Head of Sub Division of Information Services, Secretariat of Directorate General of Learning and Student Affairs, which in his material delivered about information activities in Ditjen Belmawa environment which include public relations activities and student affairs and learning activities become activity aspect in Ditjen Belmawa, in the future it is expected that Udayana University can also actively convey the activities of student affairs field to be published. (HM) 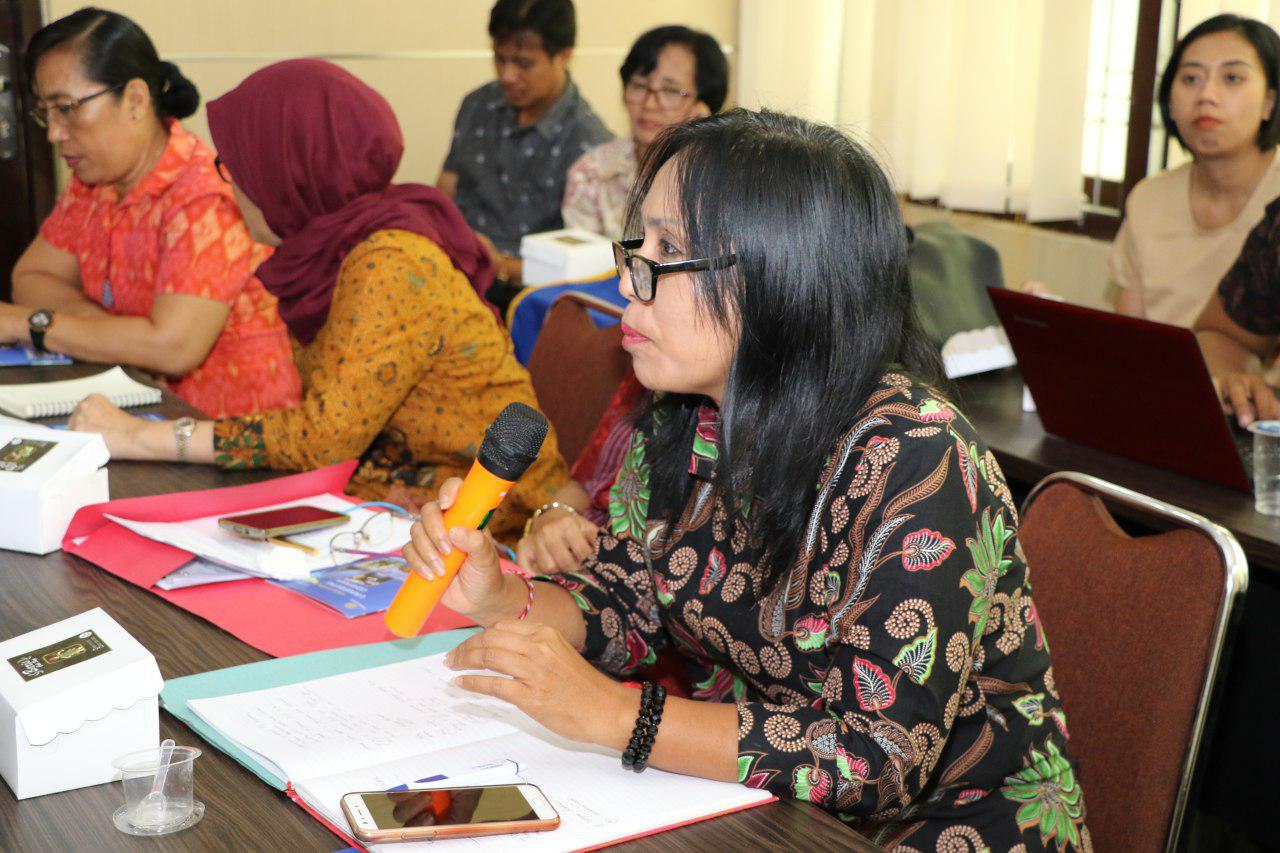 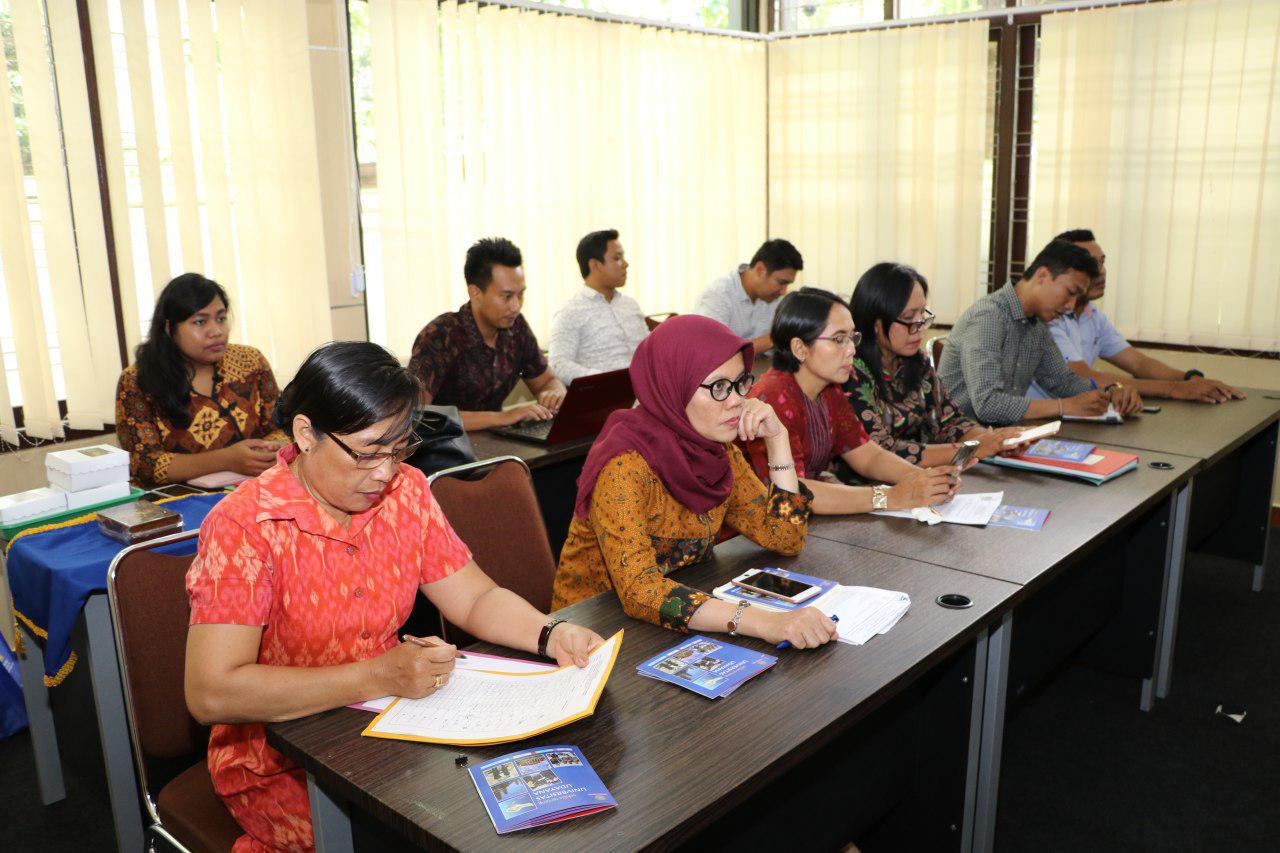 (Participant of Socialization from BANK and BU of Udayana University and from Ganesha University of Education, Singaraja)