The 125th Graduation of Udayana University, Graduates Are Expected Not Just Being 'Job Seekers' But Being a 'Job Creator' 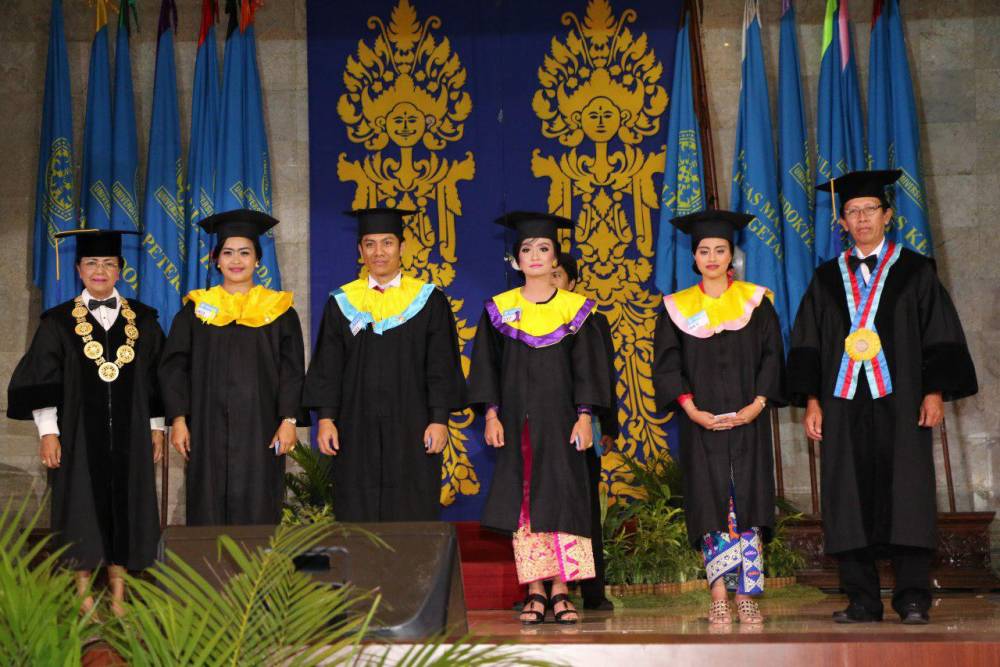 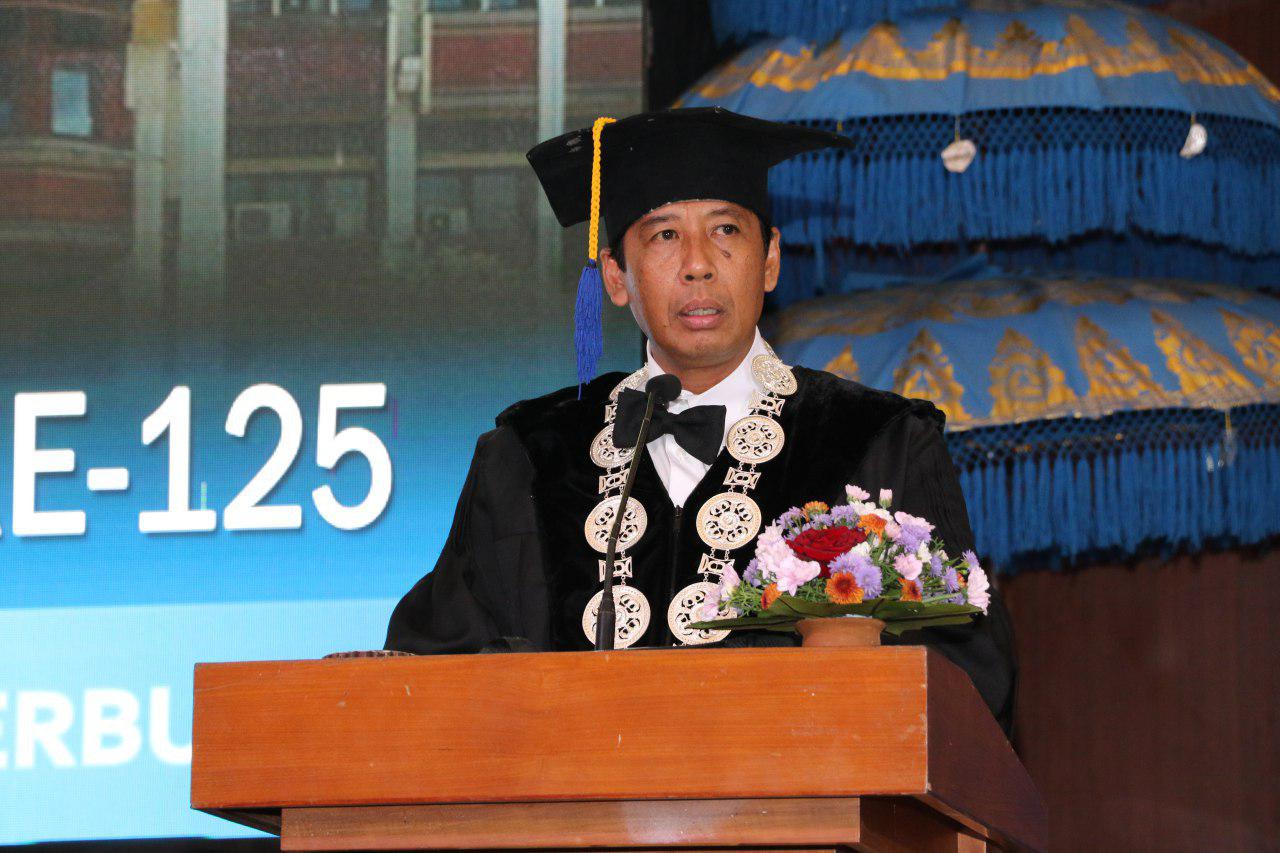 Vice Rector for Academic Affairs, Prof. Dr. Ir. I Nyoman Gde Between, M. Eng in his report conveyed this year's Graduation is predominantly women of 590 people, while the graduation of men amounted to 475 people. In terms of academic achievement, female graduates IPK students are higher in value than male graduates, which is average female GPA of 3.57 while the average GPA of 3.40 male. Similarly, for the period of study, women are shorter period of study, compared with men, the average study period of 7.52 semesters of women, while men study longer duration of 8.60 semesters. The Vice Rector hopes that through the education that has been taken, the graduates not only master the science but also the smart living with a polite and useful manners for the community. 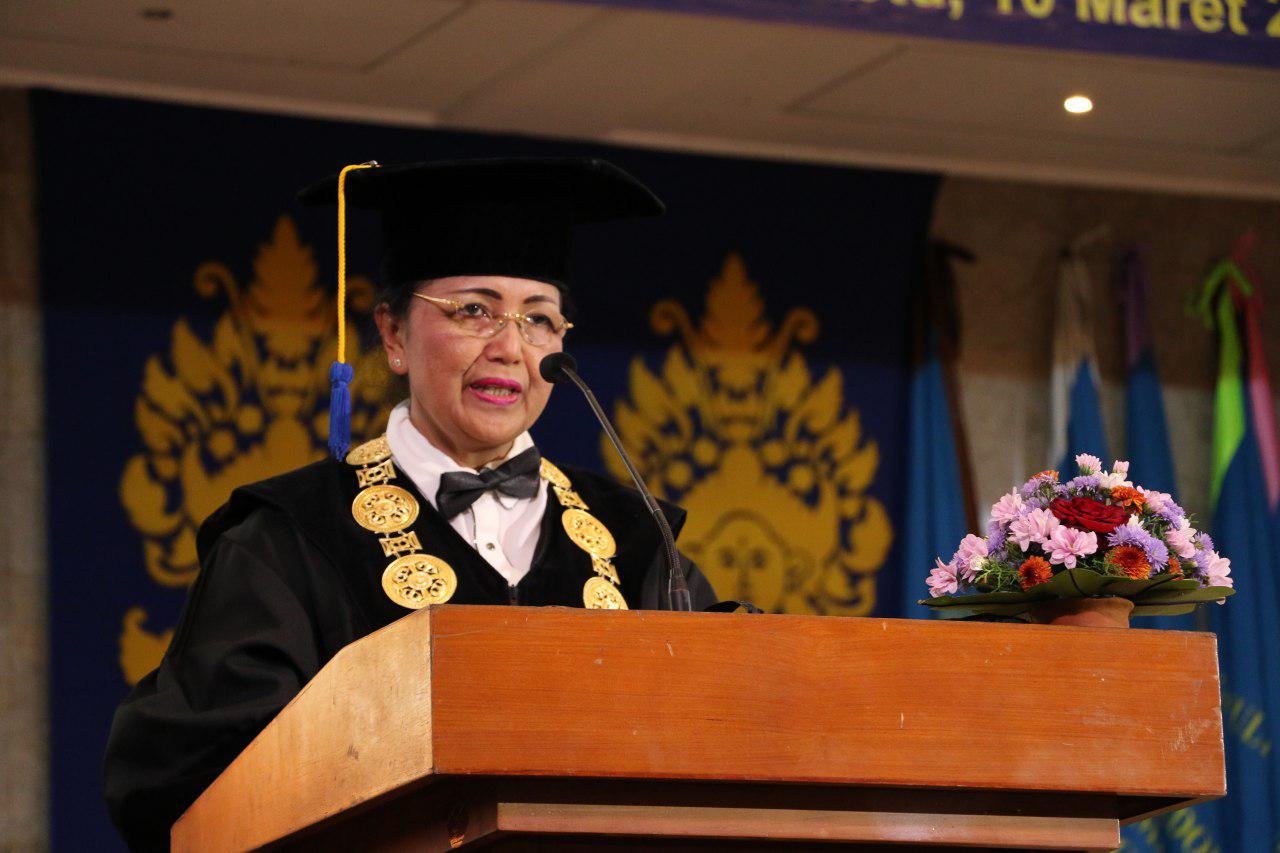 Udayana University has also conducted Tracer Study to get feedback from alumni for improvement and development of quality and education system. Even this feedback can be beneficial for universities in mapping the business world and industry so that the gap between the competencies acquired alumni during college with the demands of the world of work can be minimized. The Rector appealed that graduates who will become alumni of Udayana University participate in the implementation of Tracer Study in an effort to create a superior, independent and cultured Udayana University.

At the end of his speech the Rector conveyed this year we entered "Pilkada Serentak", including Bali will conduct the election of the new Governor and several regional heads at the district / city level. Use the right to vote as a good citizen, choose the best leader according to your conscience. Rector hopes all support to realize the elections are safe, comfortable, and peaceful. (HM) 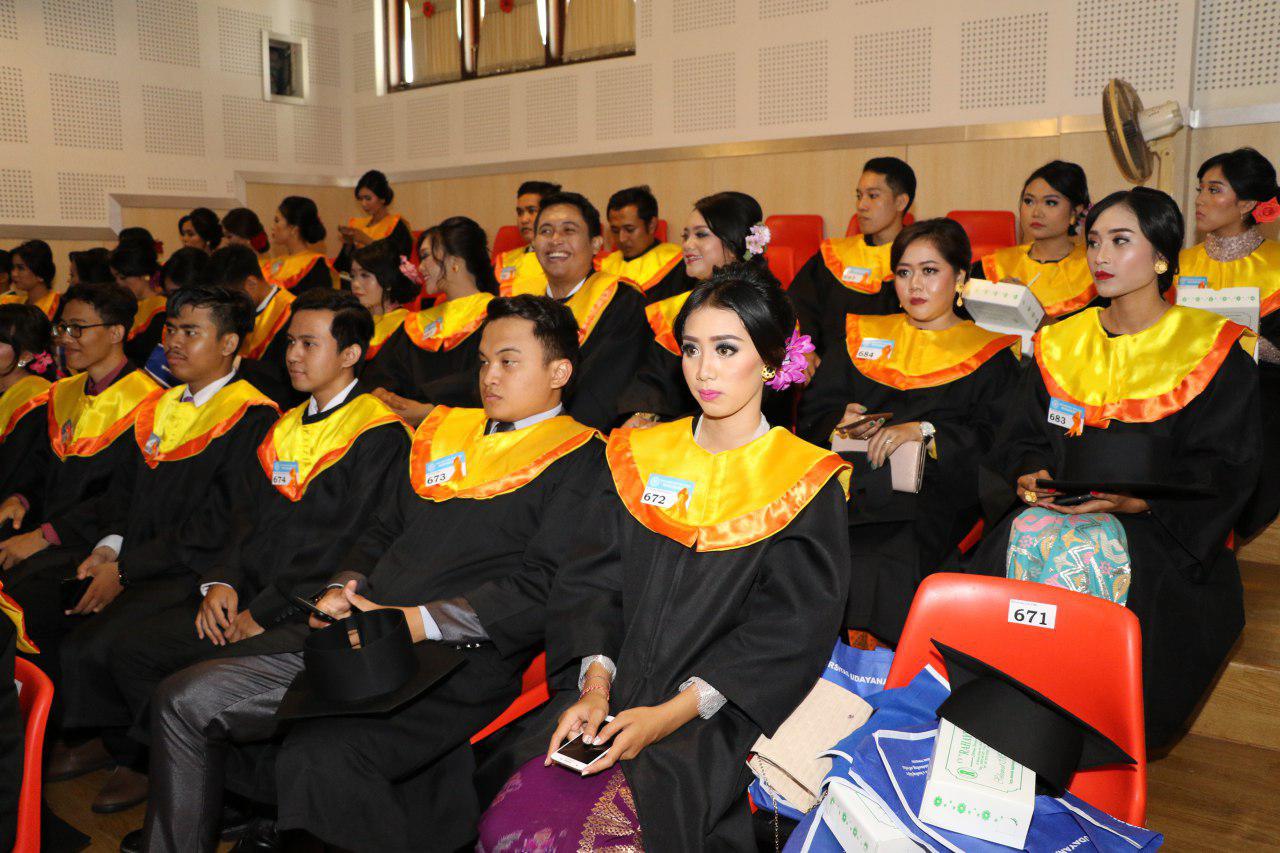 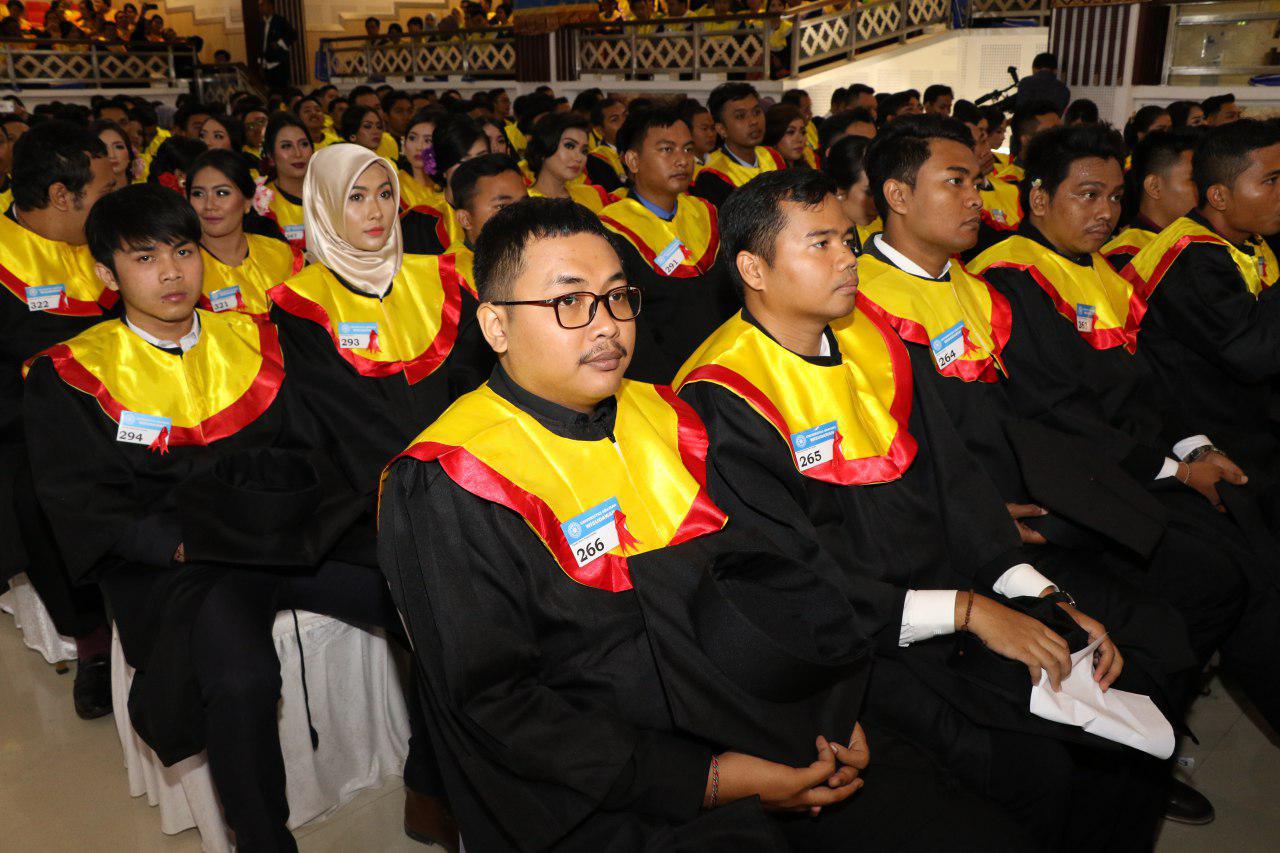 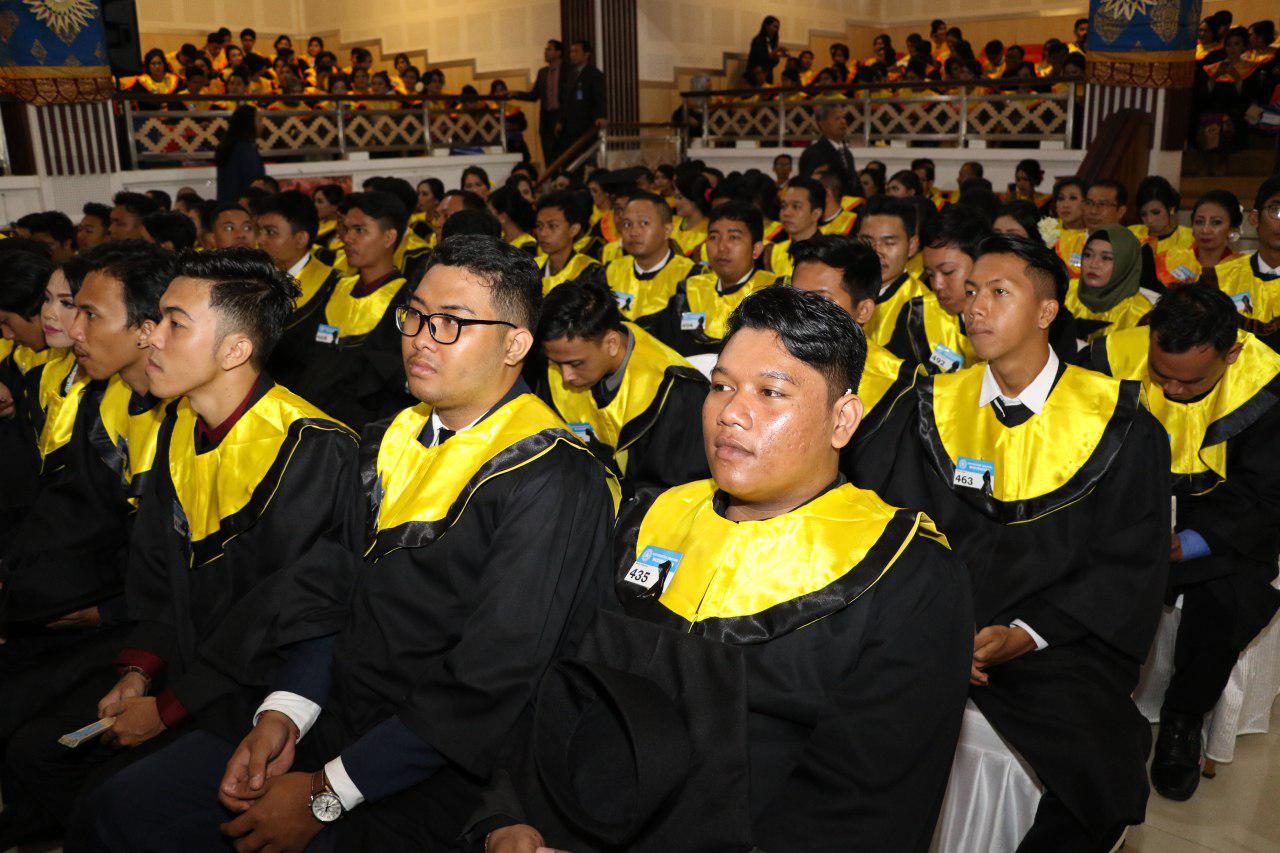 (The Graduates of the 125th Udayana University Graduates) 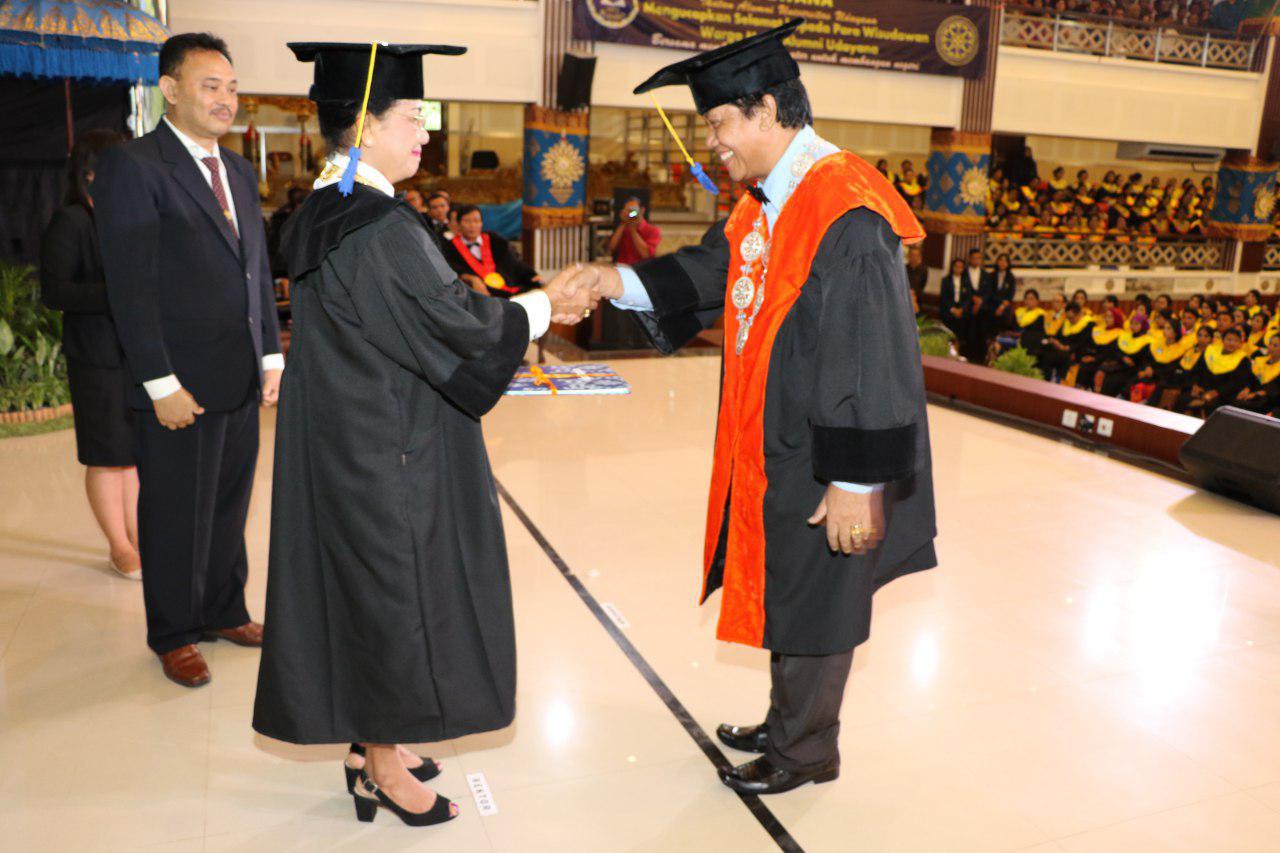 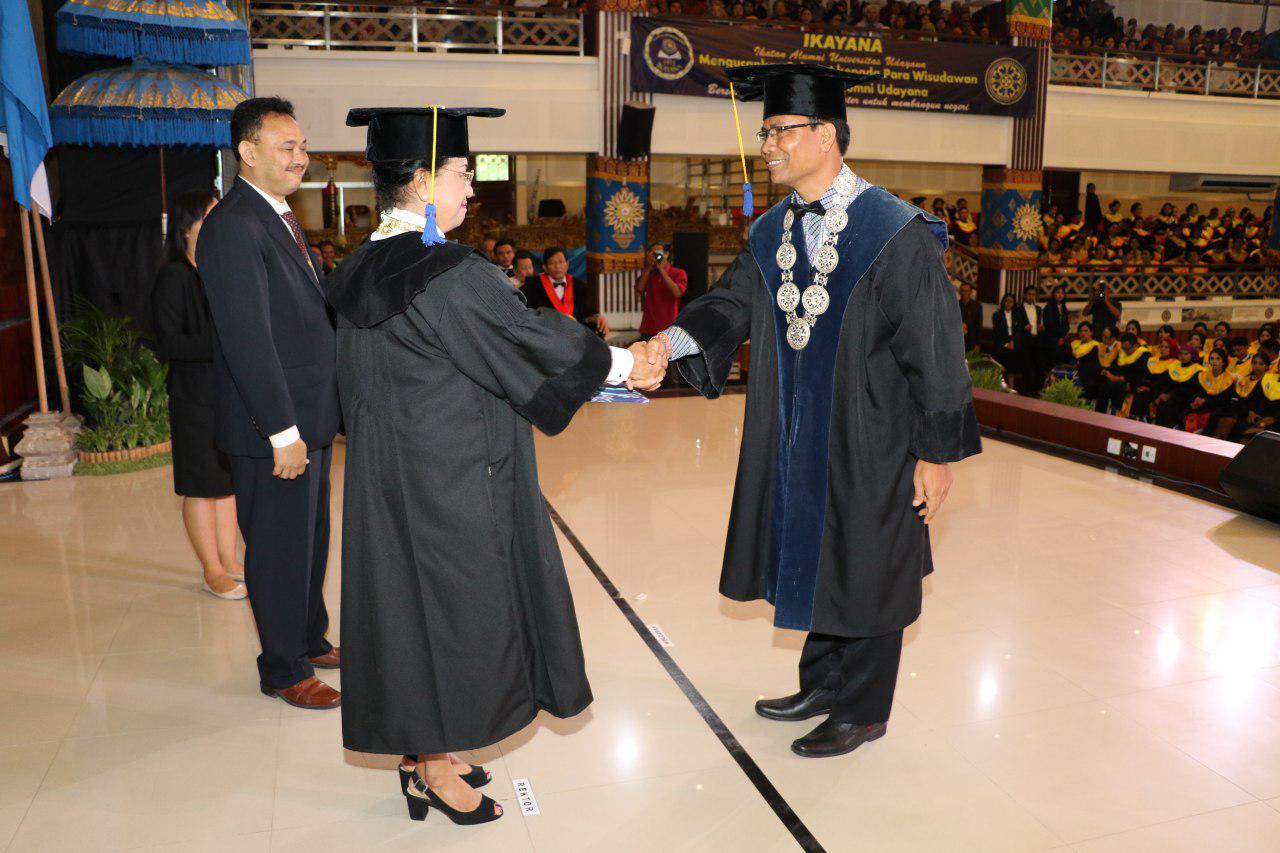 (Delivery of Graduates from Dean and Director to Rector) 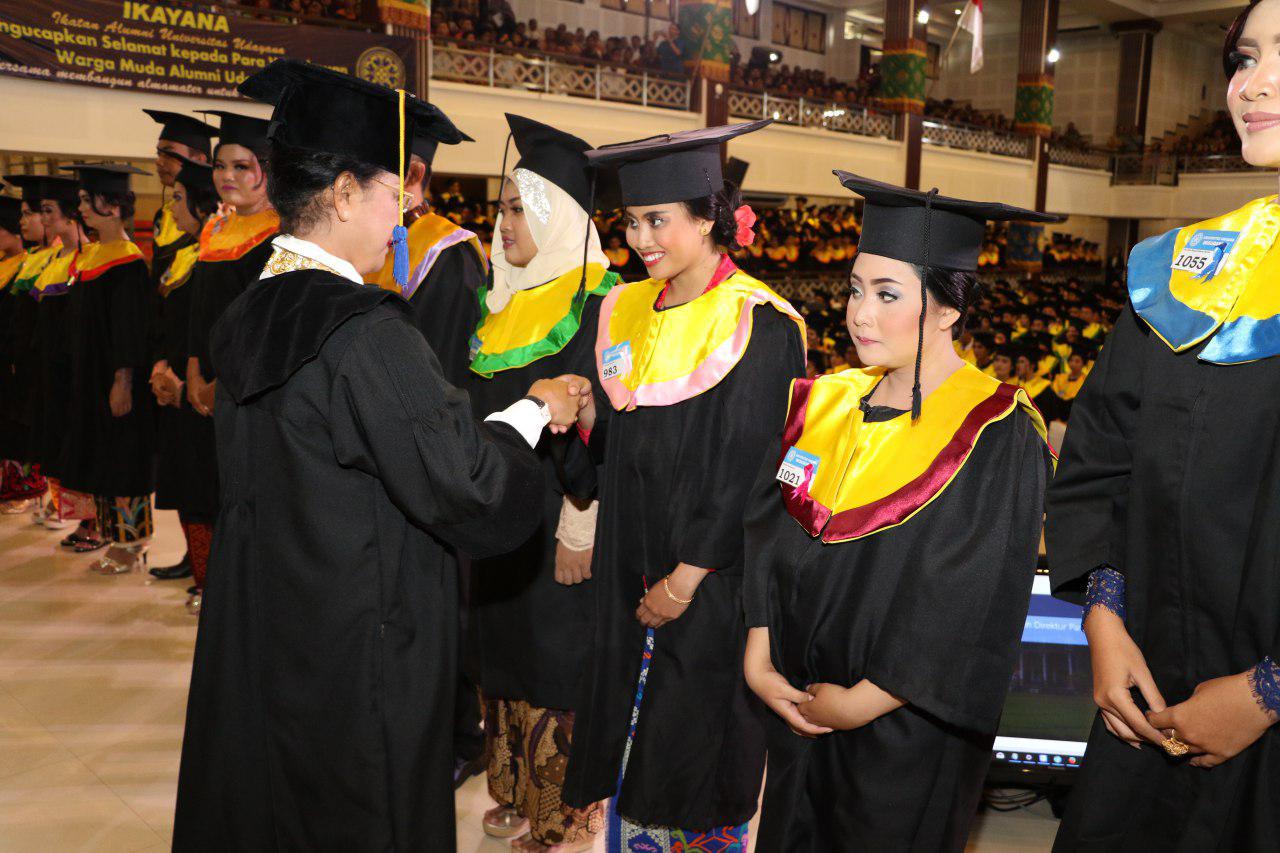 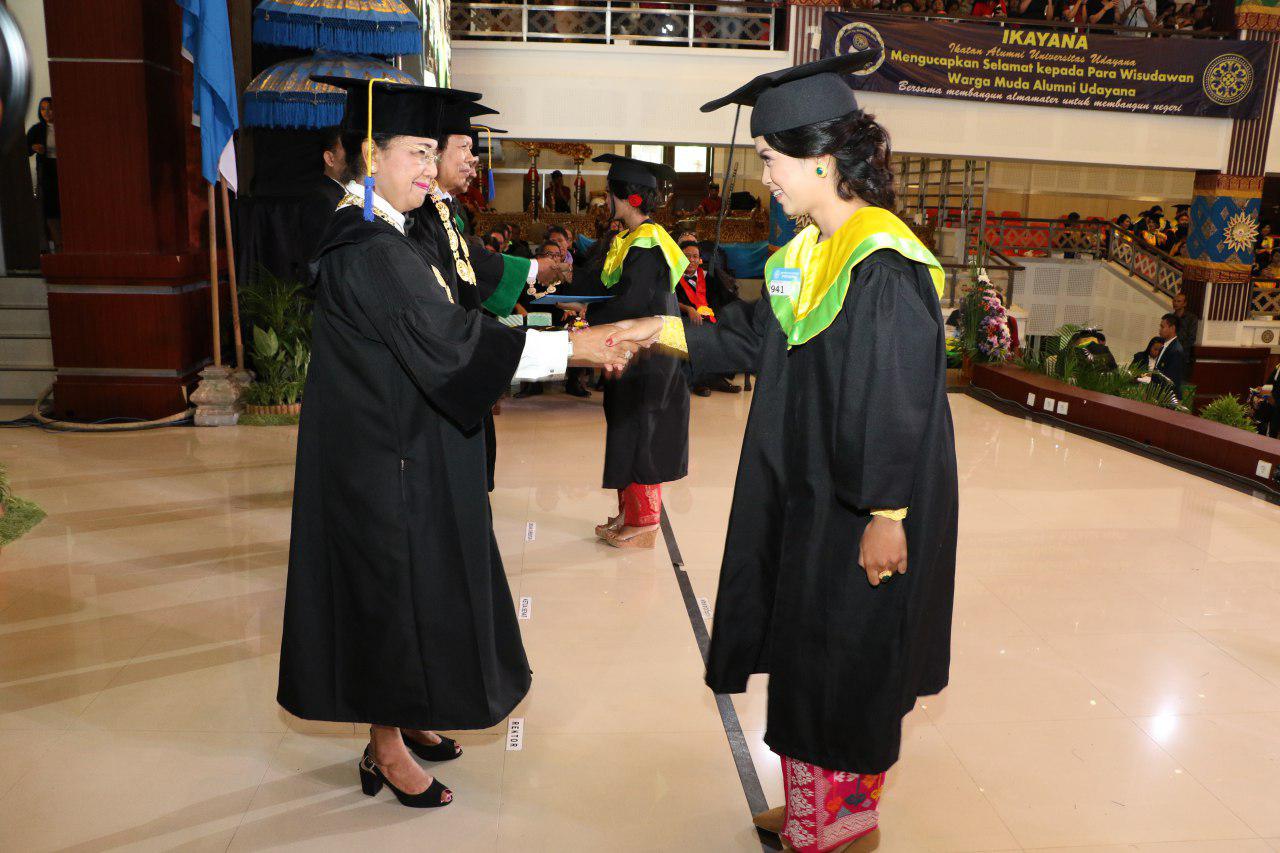