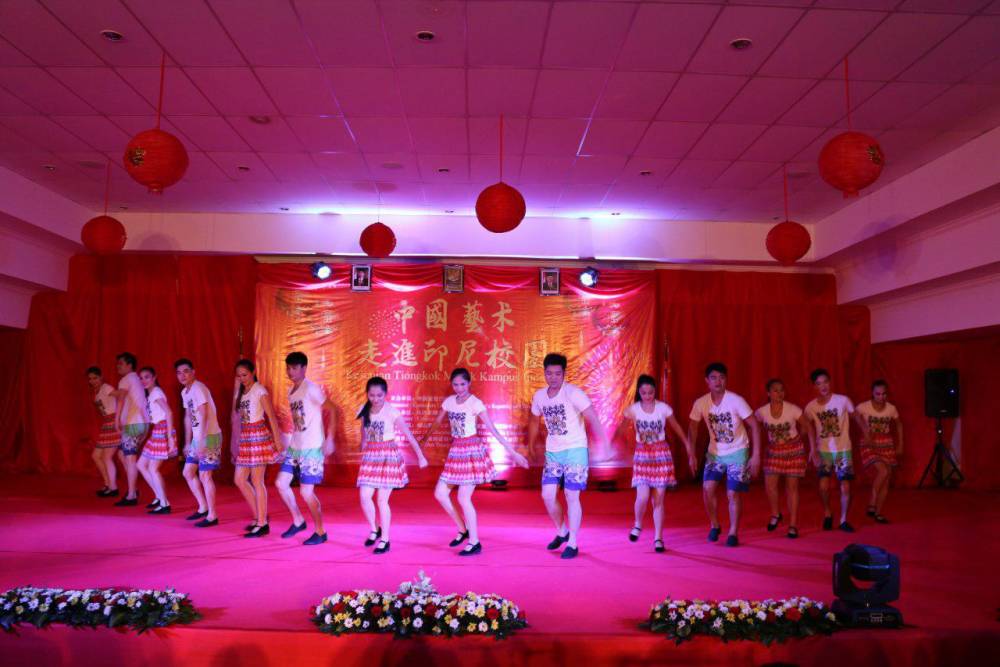 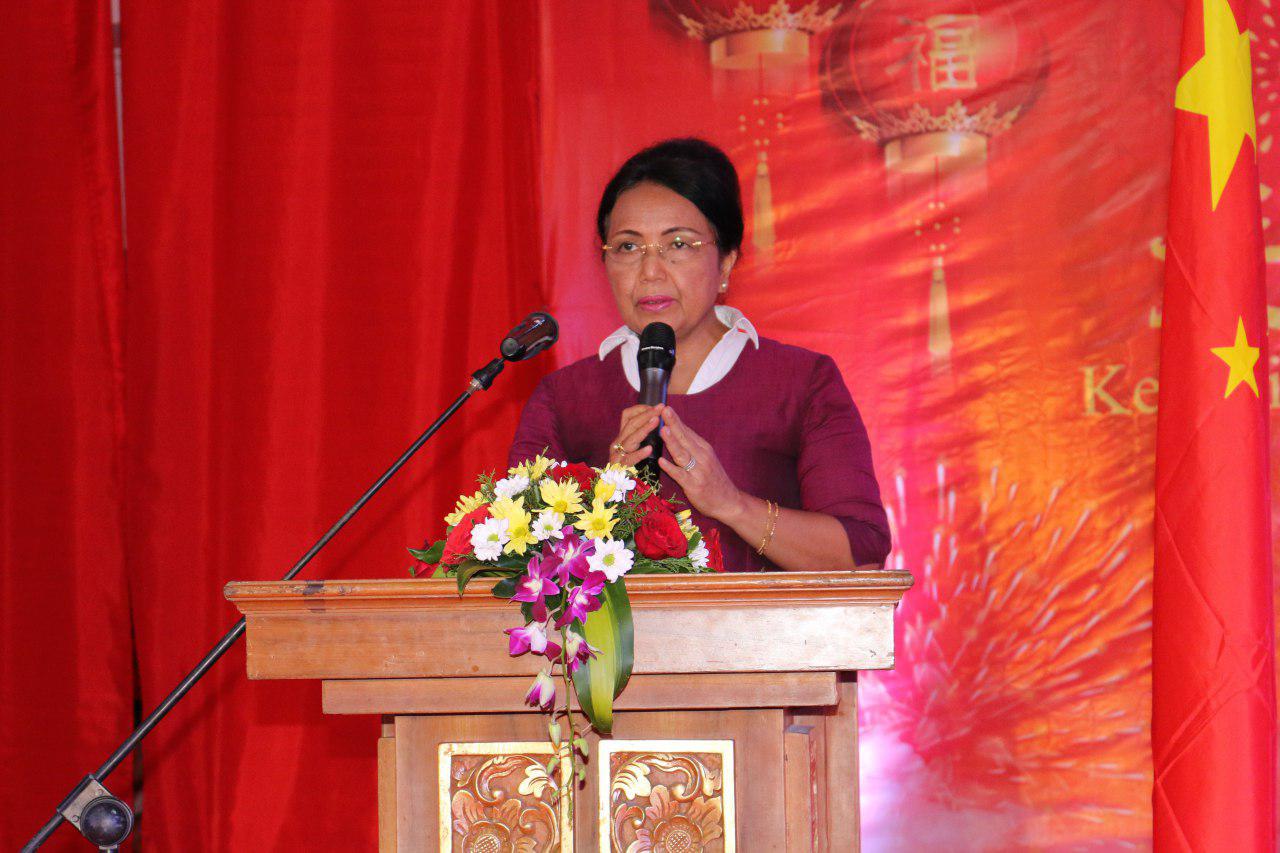 Rector of Unud, Prof. Dr. dr. A A. Raka Sudewi, Sp.S (K) in her speech said that in this era of globalization, cross-cultural understanding is one way to strengthen friendship among nations in the world by building bridges of dialogue to understand various aspects of life among nations, such as political, economic, language, art and tourism. Udayana University through the cooperation of three parties between the Mandarin Language Center, Hasanuddin University and Udayana University has signed a Cooperation Agreement which was originally the establishment of the Institute of Chinese Tourism Training Center (CTTC).

The future of CTTC in Udayana University is expected to become a reference center for Mandarin learning, considering that Bali is one of the reference for Chinese tourists visit to Indonesia. The number of Chinese tourists visiting Bali has always increased from year to year. In addition to Bali become a favorite tourist destination for Chinese tourists, when viewed from the context of geneaologi, relations of diplomacy history and culture of China with Bali has occurred since the 12th century AD. Told in folklore (folklore) ever happened marriage of ancient Bali king named Sri Aji Jaya Pangus with Chinese princess named Kang Ching Wei. The story of this marriage is immortalized in the form of art Barong Landung, Chinese Lineage and the use of Chinese kepeng money in the life of the Hindu-Balinese cultural tadition. 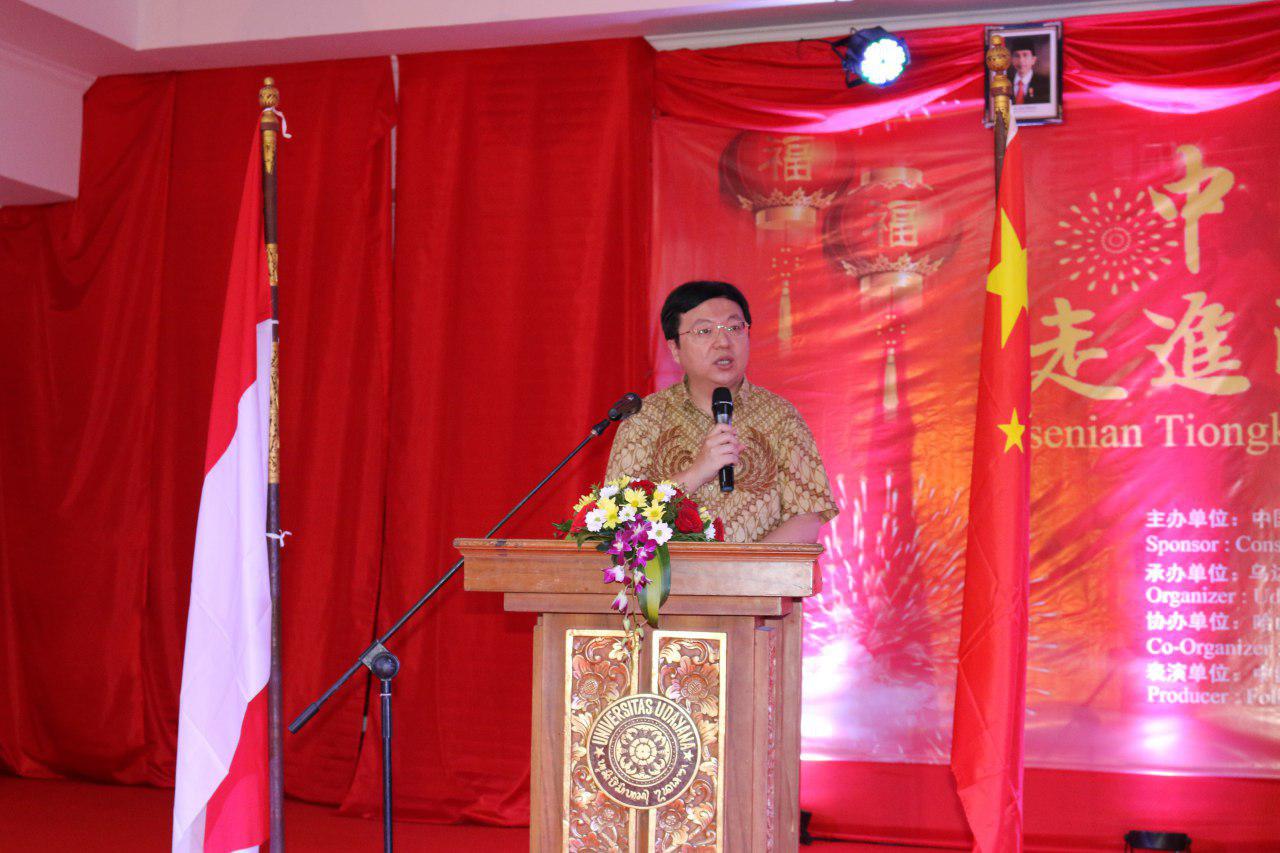 (Chen Wei, Consulate General of the People`s Republic of China)

If listened in genealogical then the Chinese Arts Entrance Udayana University Campus 2018 is to commemorate 1000 years of diplomatic relations between China-Bali culture. Rector hopes through this art performance, the dialogue relationship through the arts media will further strengthen the bridge of friendship between the people of China and the people of Indonesia. The same thing was also conveyed by Consulate General of the People`s Republic of China in Denpasar who said that this cultural performance will strengthen the relationship between the two countries including in the world of education and through the exchanges of Chinese-Indonesian cultural arts. (PR) 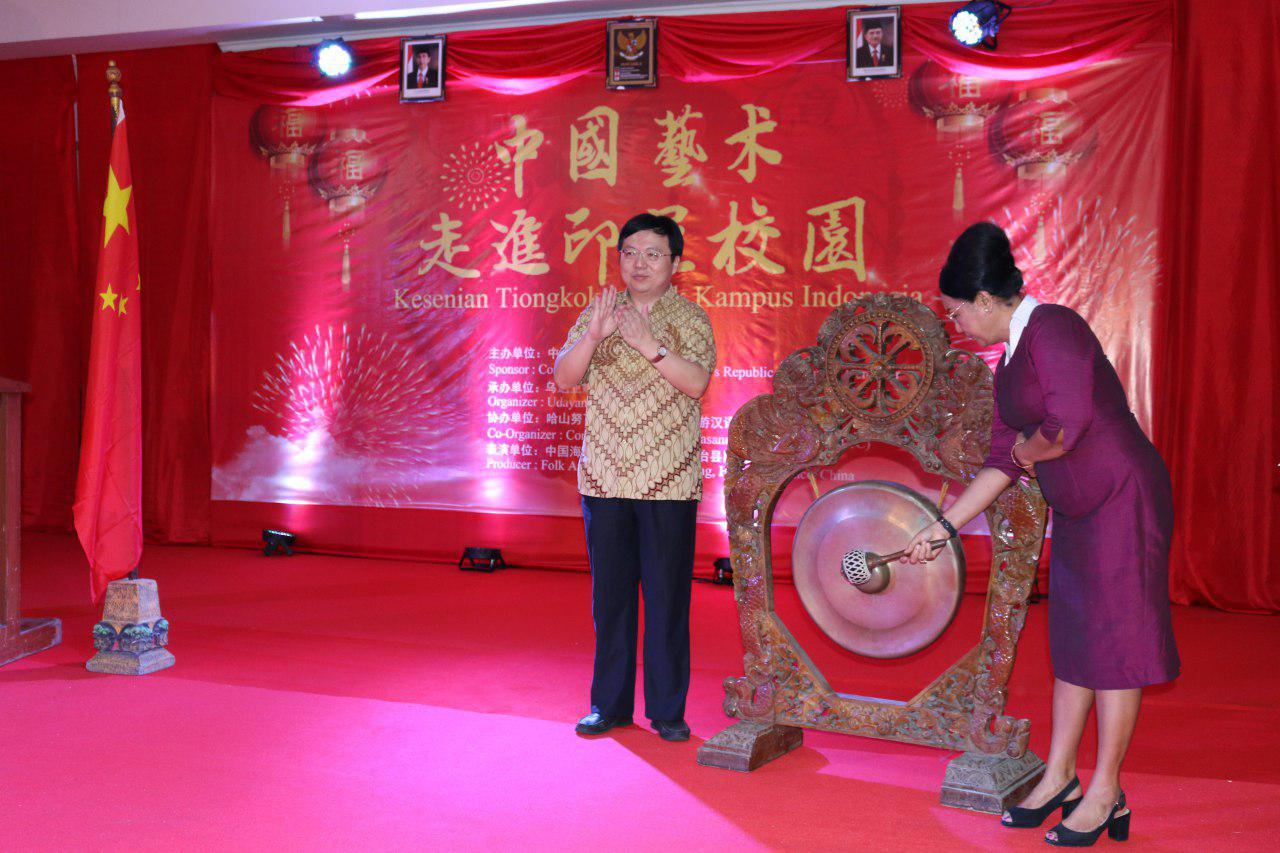 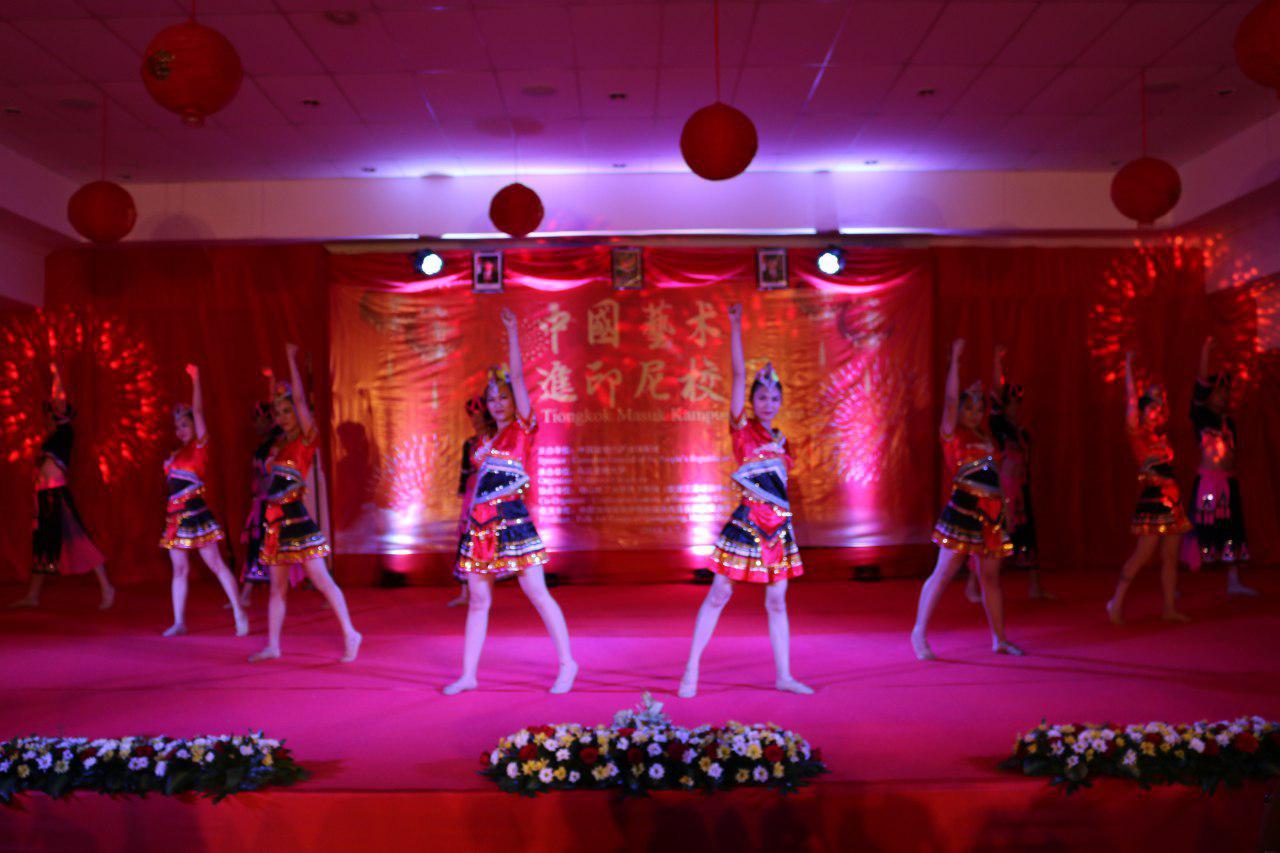 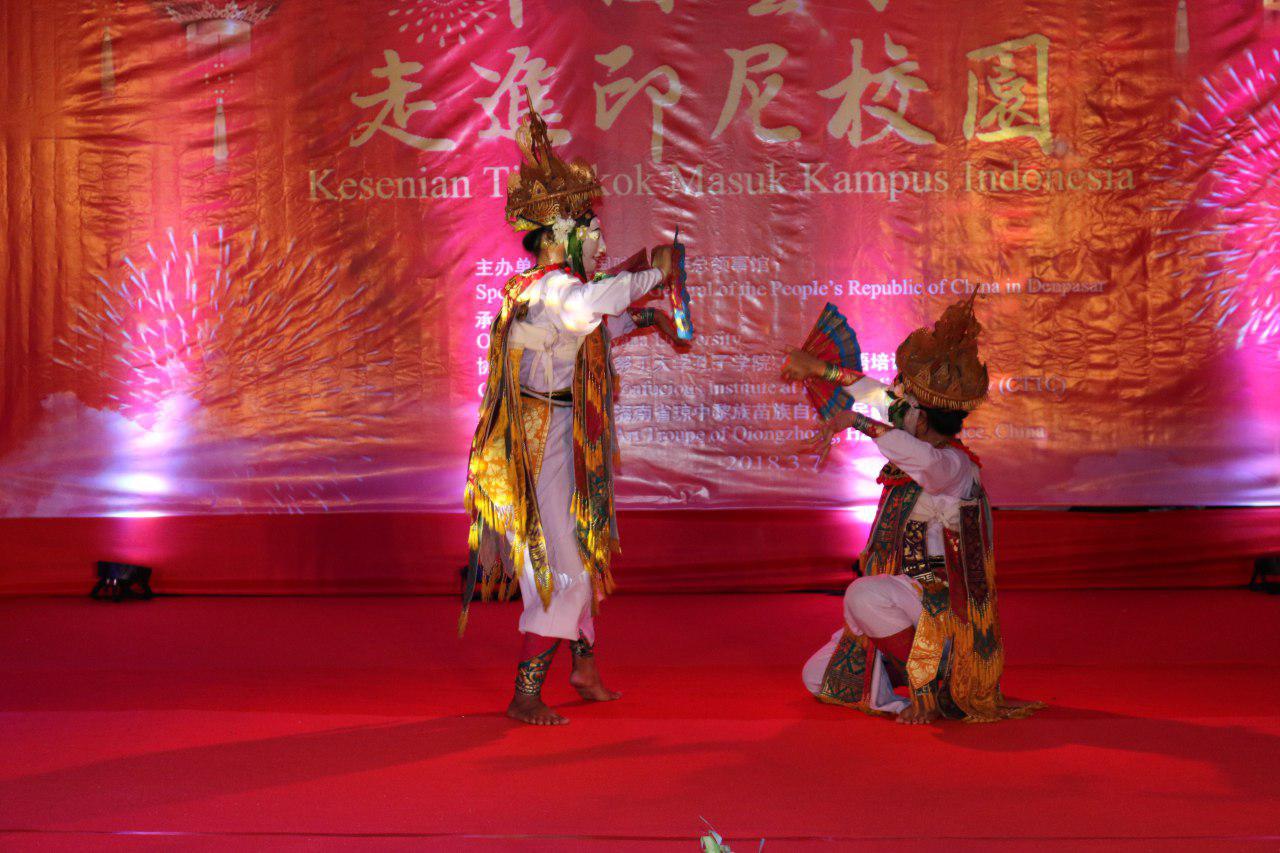 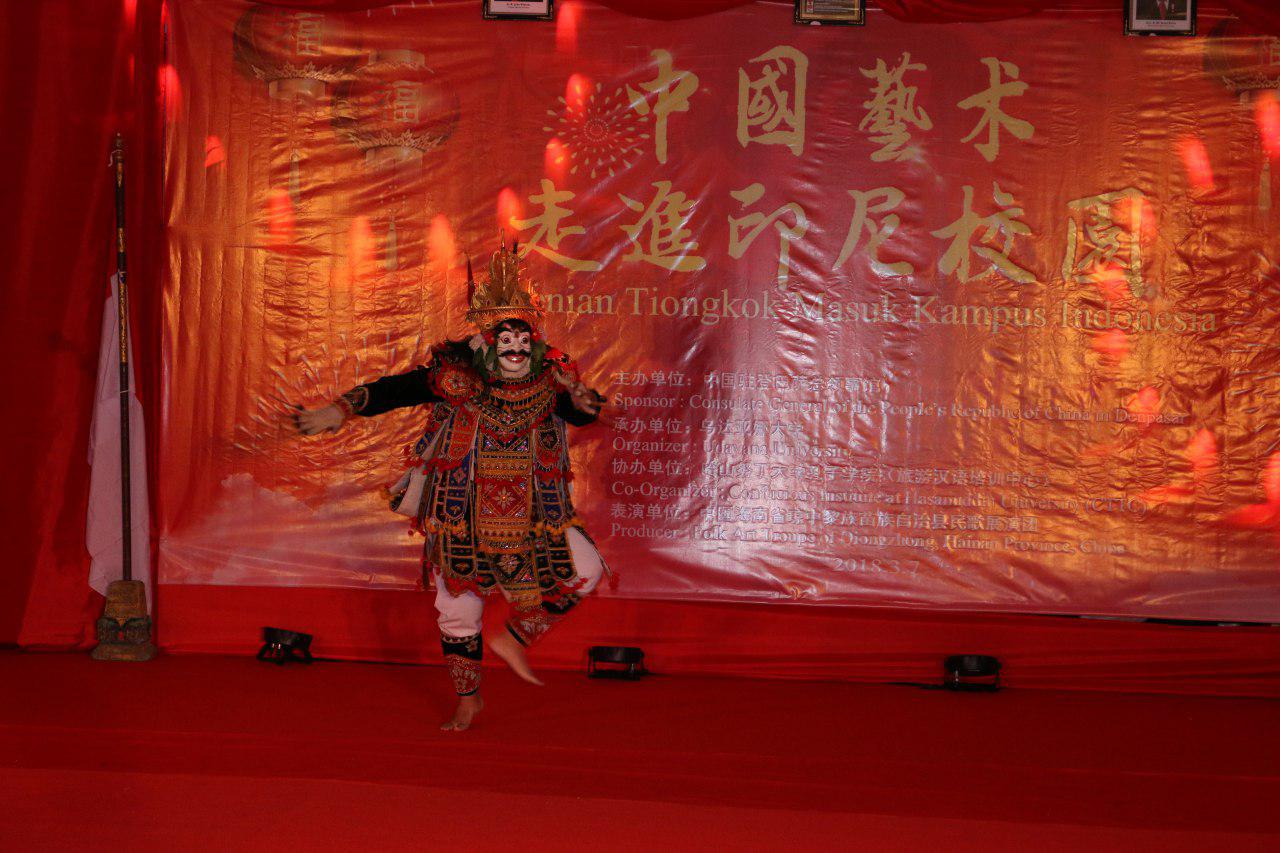 (The event is filled with dance performances from China that brought by Folk Art Troupe of Qiongzhong, Hainan Province, China and Balinese dance by UKM Arts Unud)