SERIES OF DIES UNUD KE- 55 CLOSED WITH “The Highest Night of Appreciation to the Outstanding Young Knight”. 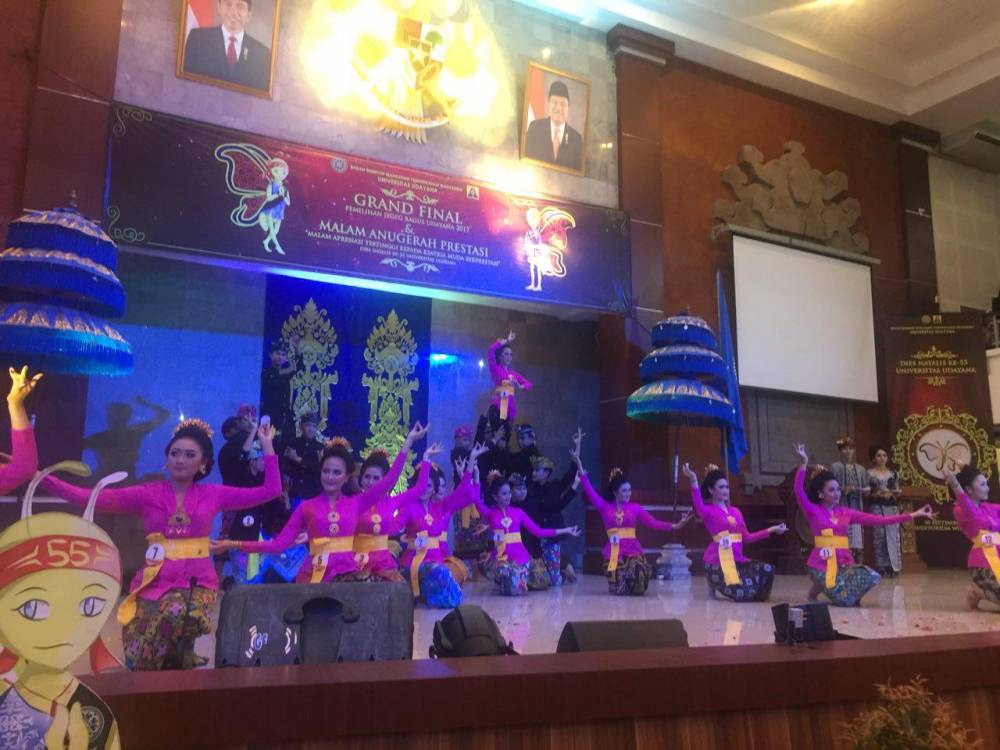 Kozy Rukito as the Chairman of the Committee conveyed the Night of Award Achievement was the final series of the 55th with the theme "The Highest Night of Apreciation for the Outstanding Young Knights". This activity was also coupled with the Jegeg Bagus Election with the theme "Udayana’s Face Representation In Cultural Diversity Stories". It has been held six games and three races for 34 days. Kozy hopes that through this activity, students can work together to build Udayana University. 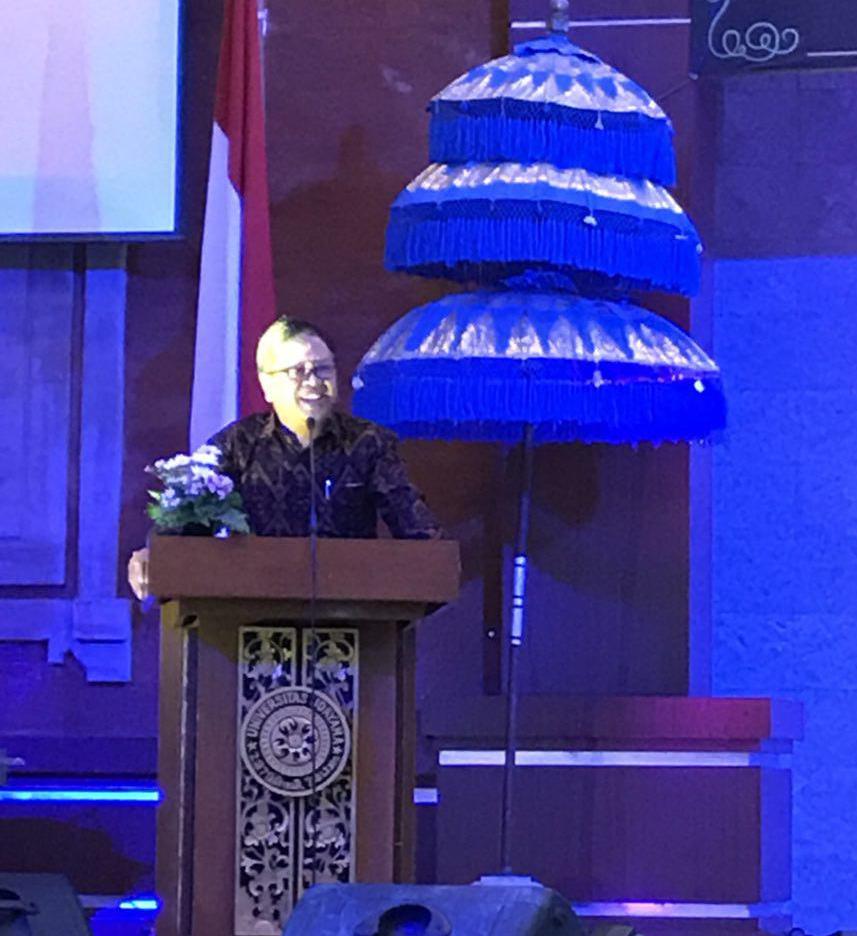 (Vice Rector for Student Affairs Prof. Dr. Ir. I Made Sudarma, MS when delivering speech and opening Grand Final of "Jegeg Bagus Udayana 2017 Election" and Night of Award Achievement "The Highest Night of Appreciation to the Outstanding Young Knight")

Vice Rector for Student Affairs Prof. Dr. Ir. I Made Sudarma, MS in his speech delivered Rector in her work program launched four pillars in building Unud. The four pillars are (1) building governance towards innovation, (2) human resources, (3) curriculum and (4) assets. The Vice Rector also gave appreciation to the students for giving the dynamics development of Unud in the future.

In this event also performed the award of trophies and certificates of Porseni Student Winner results by BEM PM as a series of 55th anniversary of Udayana University. General Champion at this time achieved by the Faculty of Engineering, the second champion was Faculty of Economics and Business and the third winner was achieved by the Faculty of Medicine. The trophies and certificates were submitted by the Head of Bureau for Planning and Finance Affairs (BPKU) and Head of Bureau for Academic, Cooperation and Public Relations Affairs (BAKH). (PR) 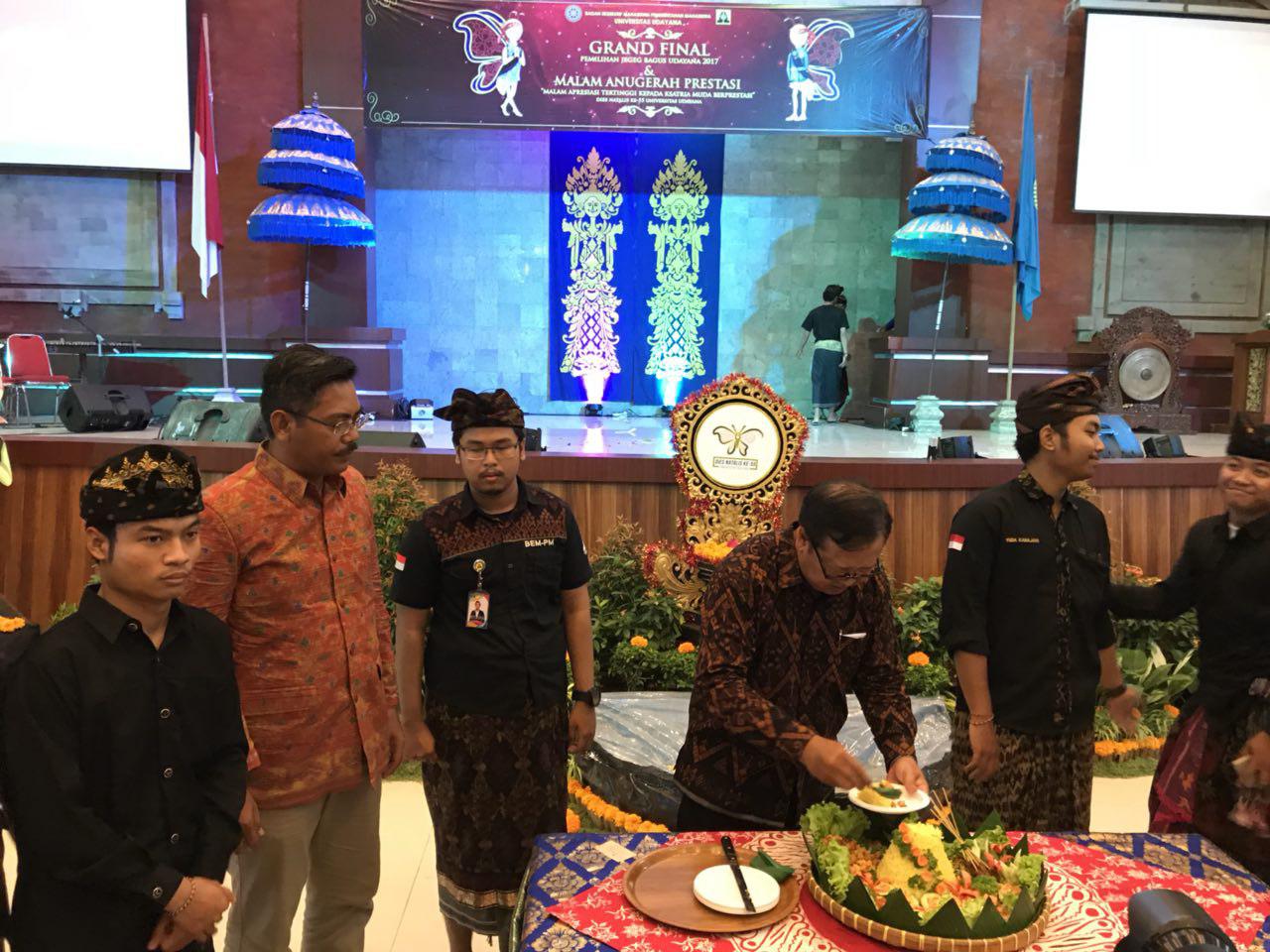 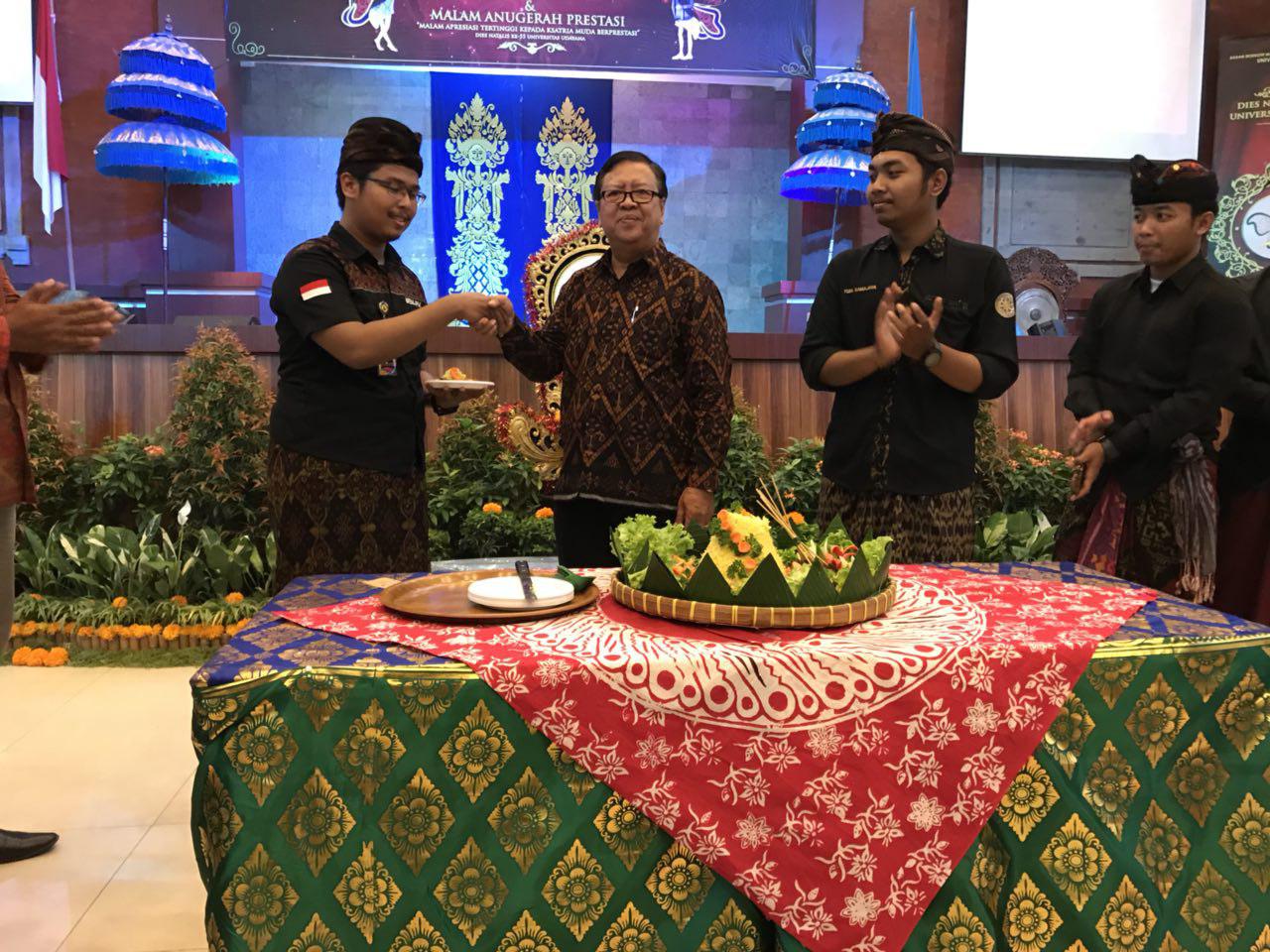 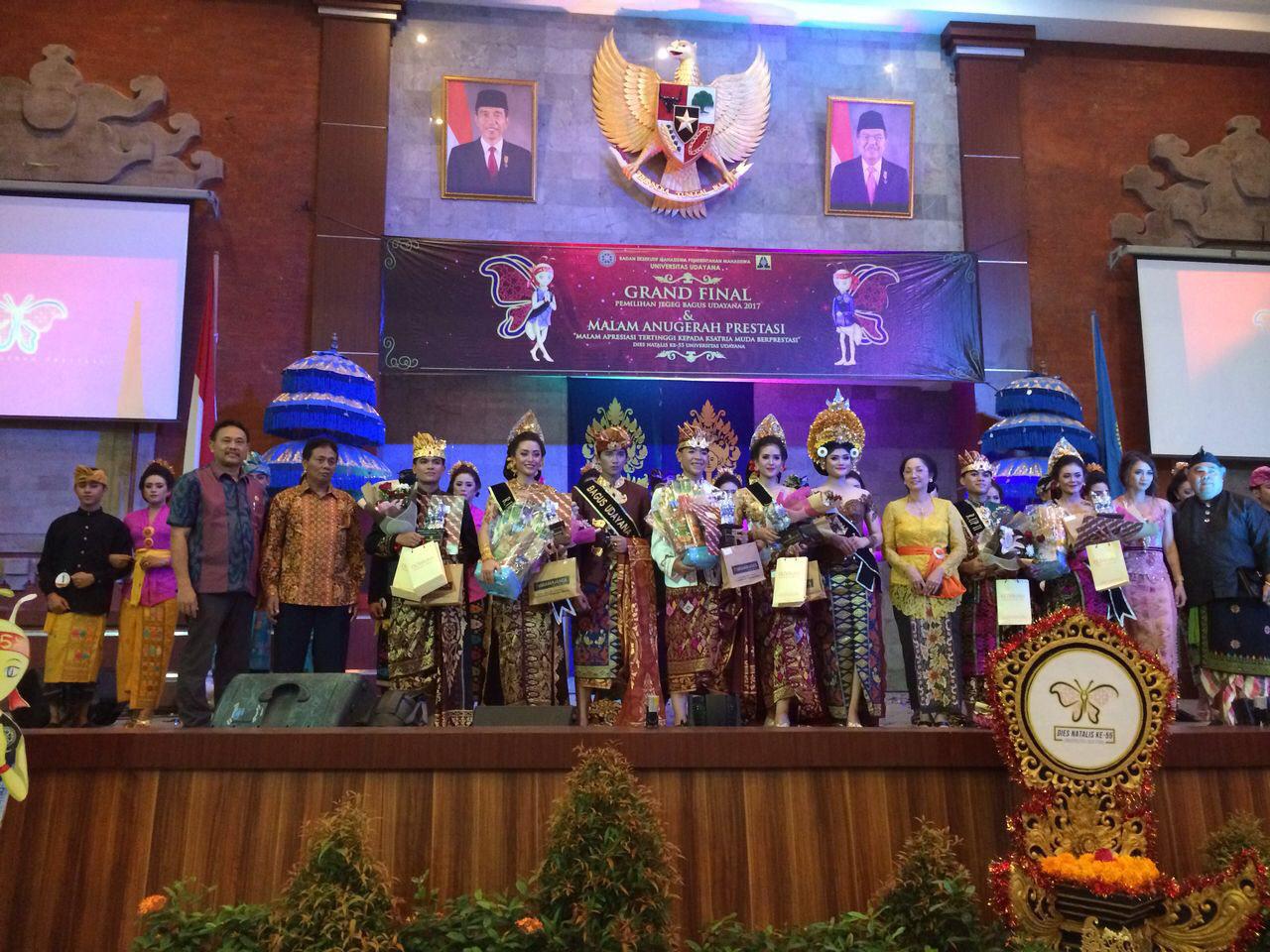 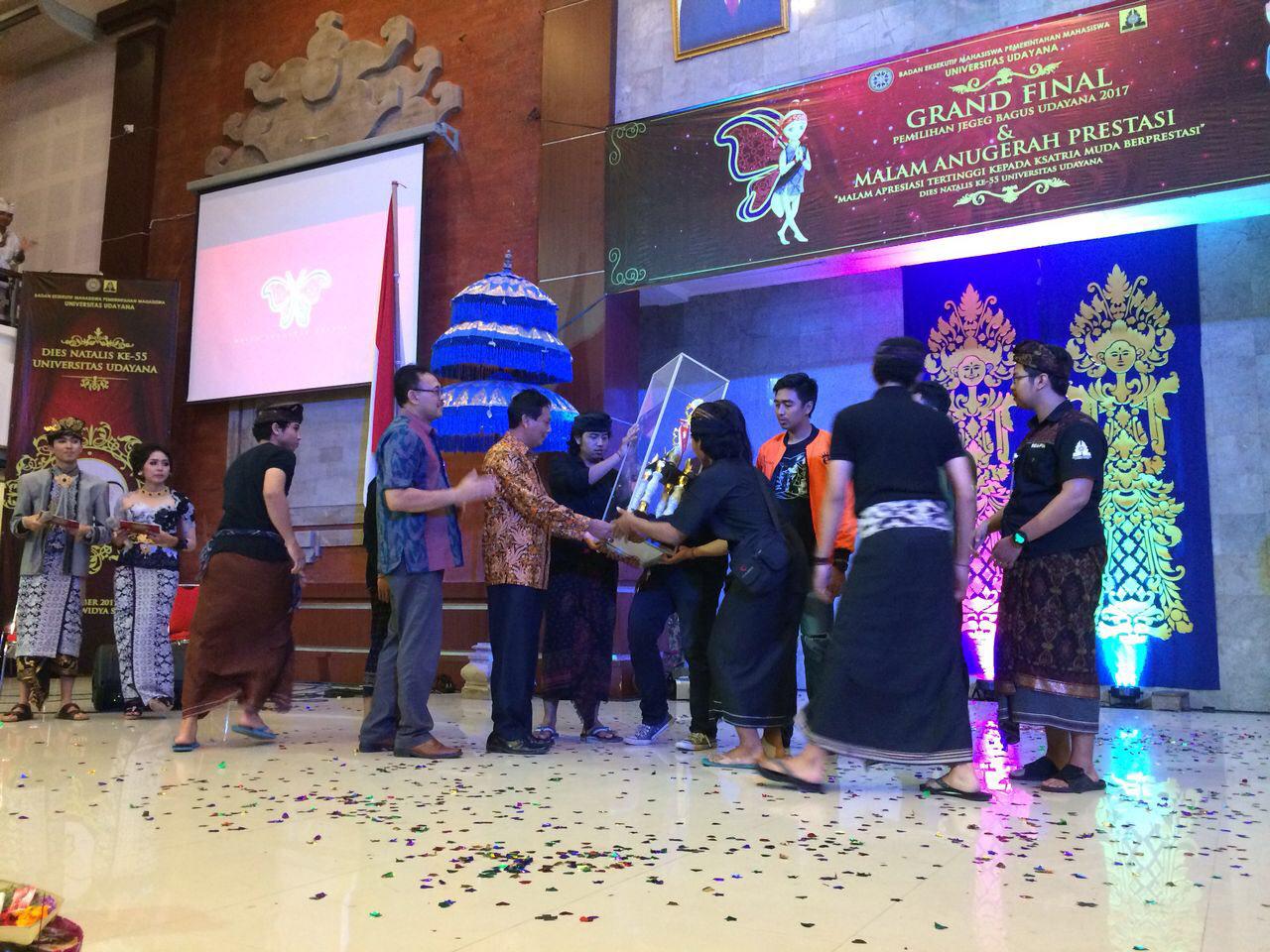