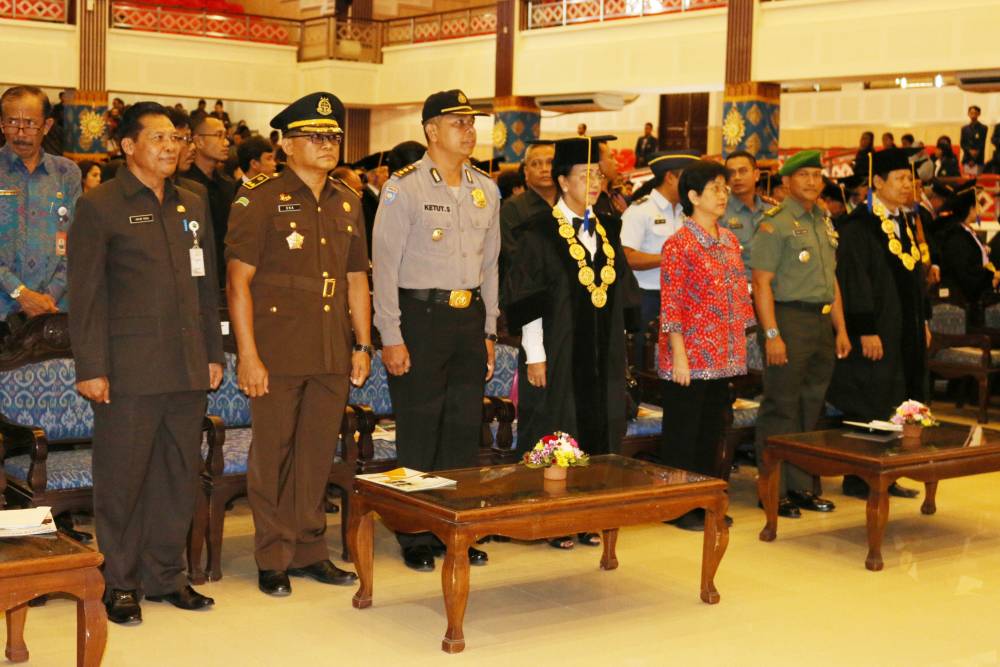 The series of activities that have been carried out in this Dies anniversary including scientific events such as seminars, workshops, training and Focus Group Discussion (FGD). Other activities were Napak Tilas Perjalanan Prabhu Udayana, family event and community service. At the peak of commemoration of the 55th Dies, a Scientific Oration presented by Prof. Dr. Paulina Pannen, M.Ls, Academic Expert Staff of the Ministry of Research, Technology and Higher Education with the theme "Strengthening Governance and Institutional of Udayana University as Innovation Center". The theme was in line with the theme that was promoted on the 55th Udayana University's Dies Natalis. The peak event of Dies was also coupled with awards to lecturers, labors, employees, the most oustanding students and various entertainments were from participation of the academic communities and door prize. 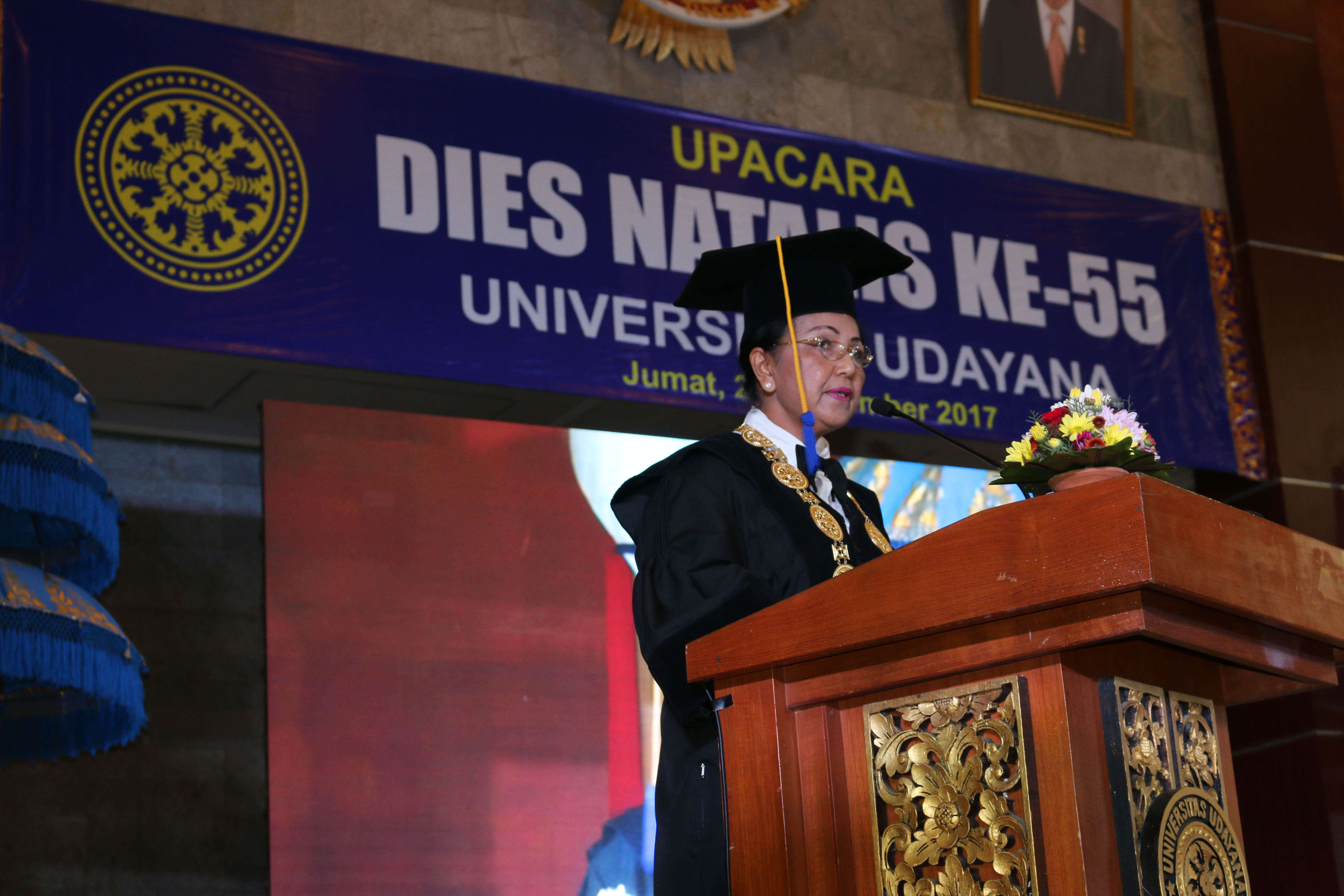 Rector of Unud, Prof. Dr. dr. A A. Raka Sudewi, Sp.S (K) in her description delivered that in the Age of 55 years is a mature age for Udayana University. All academic community should do their utmost to achieve the vision to realize "Udayana University become Higher Education Institution that produces Superior Human Resources, Independent and Cultured" with the direction and spirit of the achievement of Udayana University as World Class University (WCU) in 2027.

"Strengthening Governance and Institutions of UNUD as a National Innovation Center", which was the theme of the 55th Dies, reflected by strengthening the institutional governance of Udayana University, Udayana as a National Innovation Center by developing Technology Innovation Center as a forum for researcher- Udayana University researchers in developing and disseminating science and technology in order to have synchronization between the development of science and technology with problems that face the industry and the real needs of society and state. 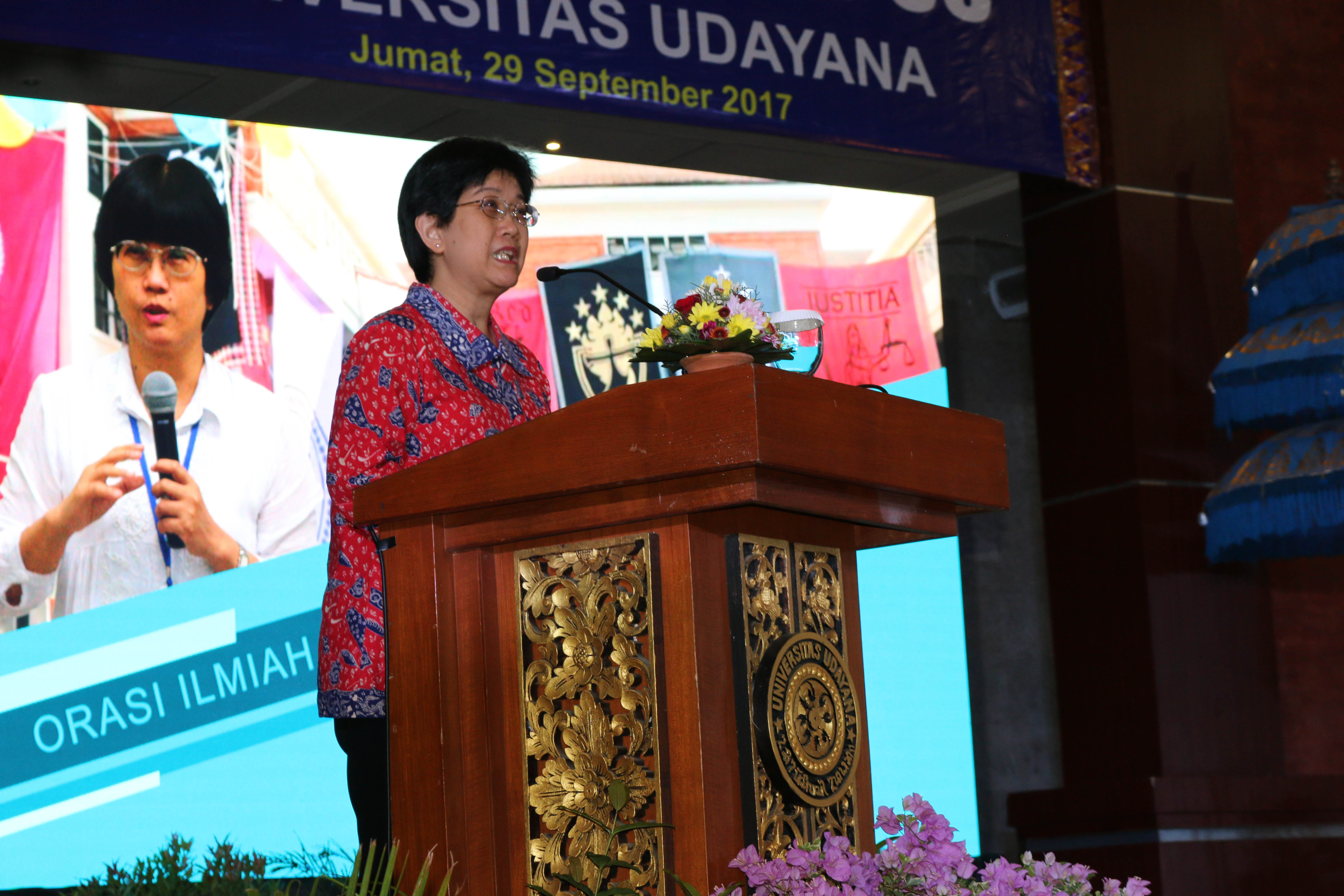 Expert Staff of Academic Sector of Ministry of Research, Technology and Higher Education, Prof. Dr. Paulina Pannen, M.Sc., in her scientific oration, conveyed the main contribution that the government hopes from Kemenristekdikti which is Ultimate Impact (the highest impact) on Economic Growth to Ultimate Outcame: (highest result) Nation Competitiveness Output: Skilled Labors and Inovation (which has many innovations). Paulina Pannen also provided an overview of the challenges and competitiveness indexes in Indonesia as well as the condition of education in Indonesia. With the achievements of Udayana University currently entered the 30 universities in Indonesia which accredited A, it is expected to play a role in various fields, besides the role of Research and Community Service Institution (LPPM) is expected to be upgraded to be the center of innovation. Paulina also said there are three important things in the effort to reach the global market, namely national and international reputation, certified graduate and innovation center. Through this opportunity Paulina also conveyed the message from Menristekdikti, M.Nasir "the key is the innovation that generated through collaboration between universities and industries that will become the motor of Indonesian economic development because it will create new job market" (HM) 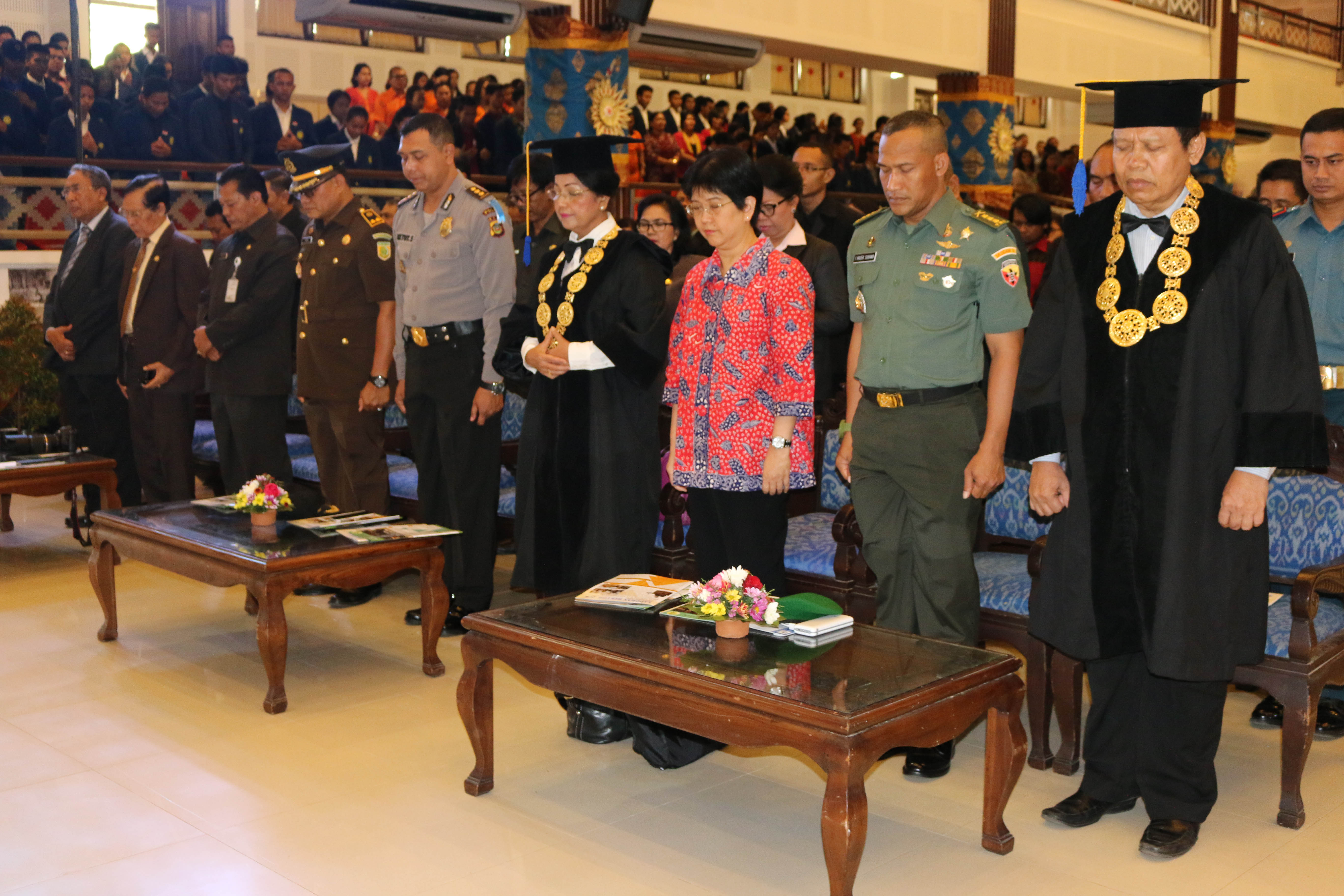