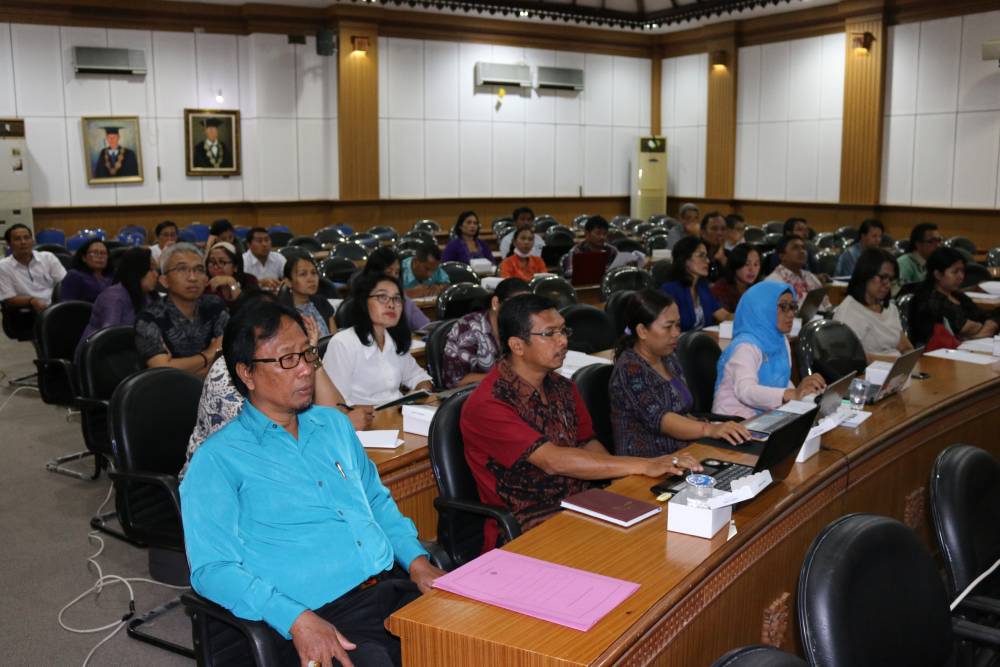 Head of Human Resources Division Unud, Nyoman Sumayadnya, SE conveyed the purpose and objectives of Bimtek is to improve technical understanding of the compilation of Proposal List of Lecturer Credit Rate and to get the same perception about the Regulation of the Minister of State Apparatus Empowerment and Bureaucracy Reform No. 17 of 2013 on Lecturer Functional Position and Credit Score. The number of participants who participated in Bimtek was about 39 people representing Faculty of Udayana University.

Material of Preparation List of Proposal of Determination of Lecturer Credit Number submitted by Head of Sub-section of Educator, Department of Human Resources of Udayana University. In the material submitted ladder of position and rank of lecturer, examples of calculation of credit numbers, requirements for promotion of lecturers according to Permenpan RB Number 17 of 2013 and the standard of credit score of lecturer academic position. For the standard assessment of lecturer's academic credentials lecturer has two elements namely education and scientific publications. Especially for International Scientific Journal has some criteria such as having the substance of one problem in one field of science, fulfilling scientific principles and scientific ethics intact. The editorial board consists of experts in their field and comes from different countries and domiciled in their respective countries, using the United Nations (English, French, Arabic, Russian, Chinese) having published online version, ISSN, published regularly and circulated in various countries , authors from various countries and indexed by "Data Base Scopus and Web of Science". 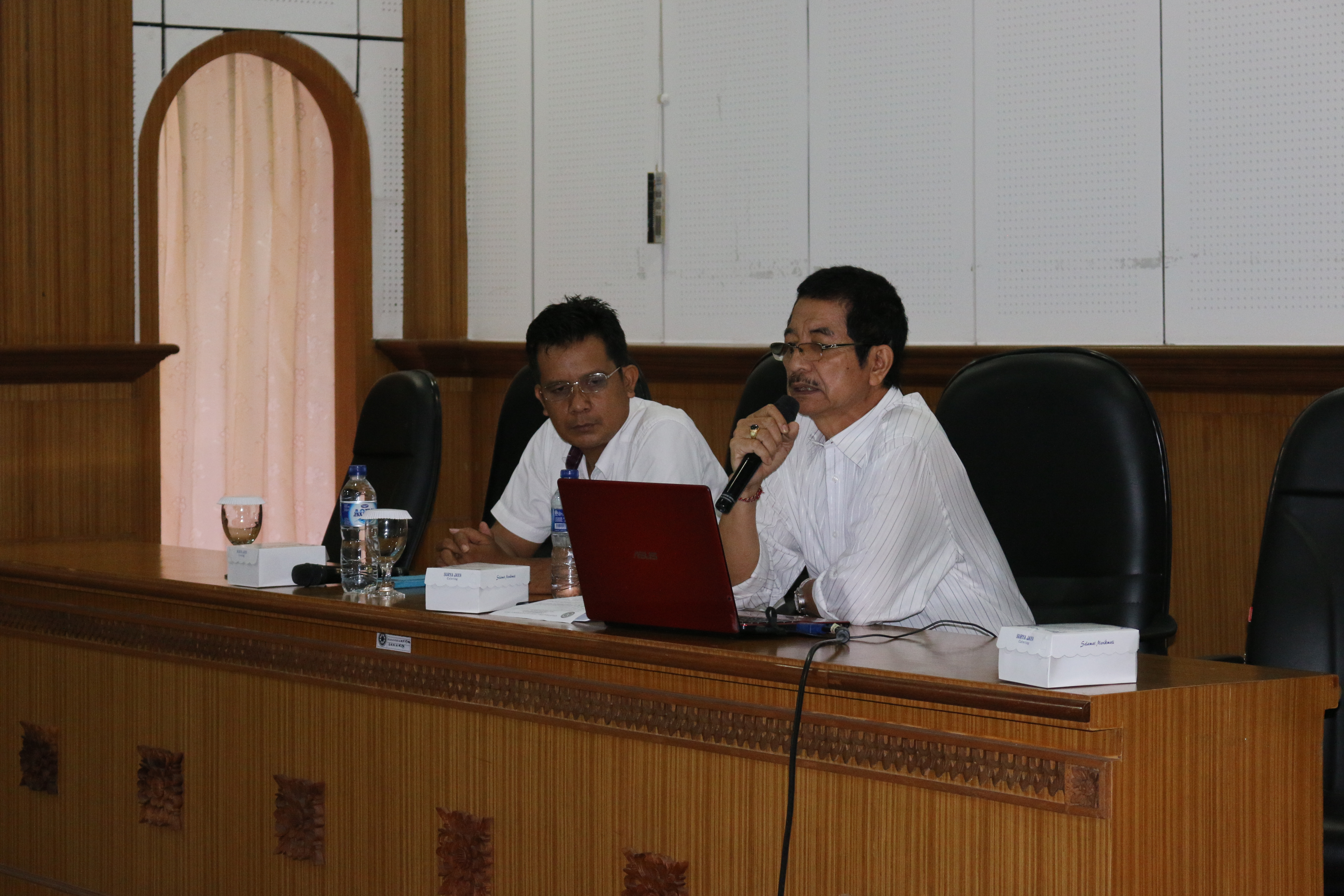 Head of Unud Public Bureau, Drs. Ketut Amoga Sidi who attended and gave directions on Academic Lecturer and hope this activity can give understanding about DUPAK and create skilled workers in each faculty as well as arise a sense of togetherness between headquarters with faculty related tupoksi preparation of the proposed lecturer credit score. If the understanding and cooperation are good all the work done automatically associated with credit numbers can be done well. (PR) 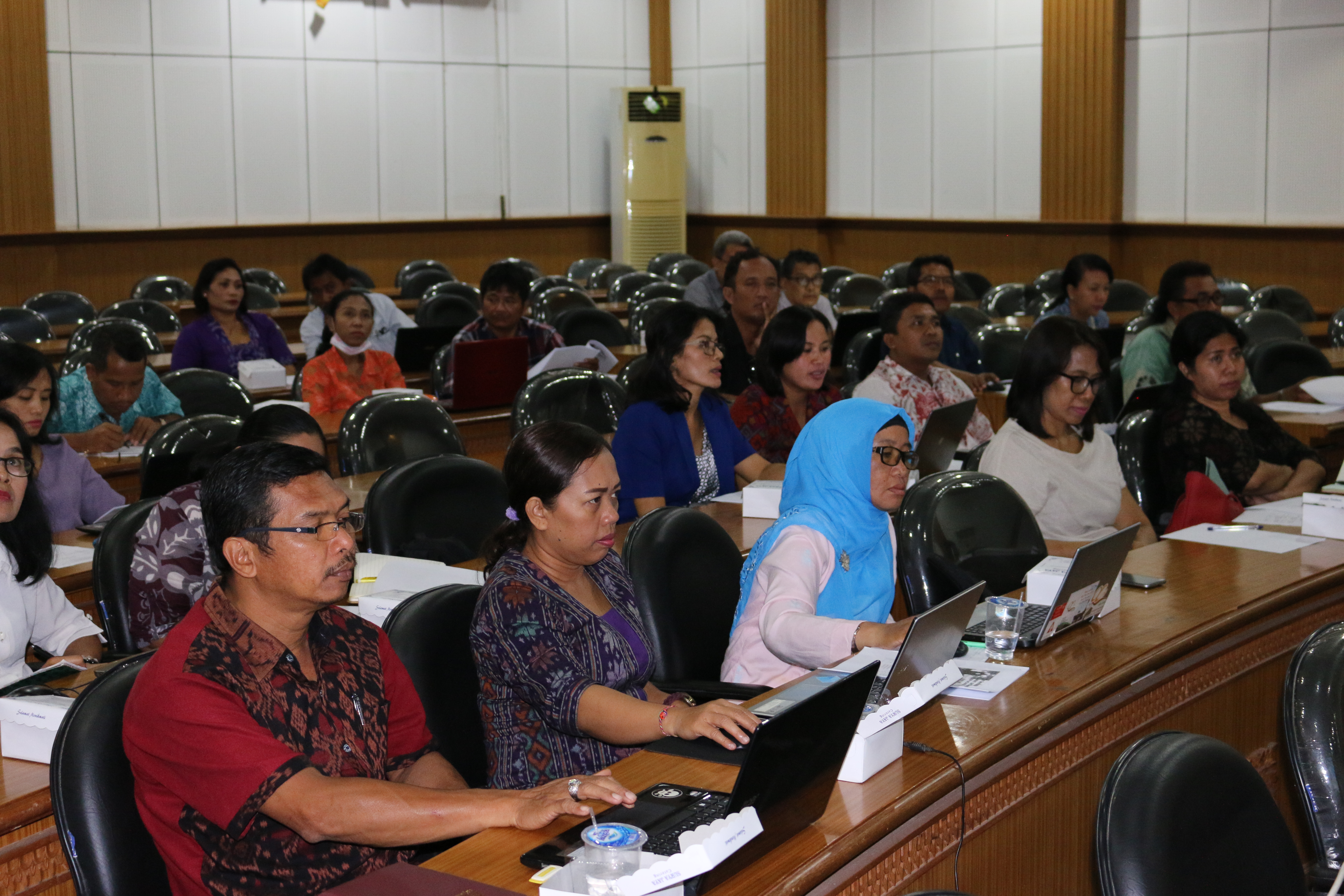 (Bimtek followed by Head of Sub Division of General and Finance Faculty, Representative of Lecturer and Education Personnel in charge of Human Resources)