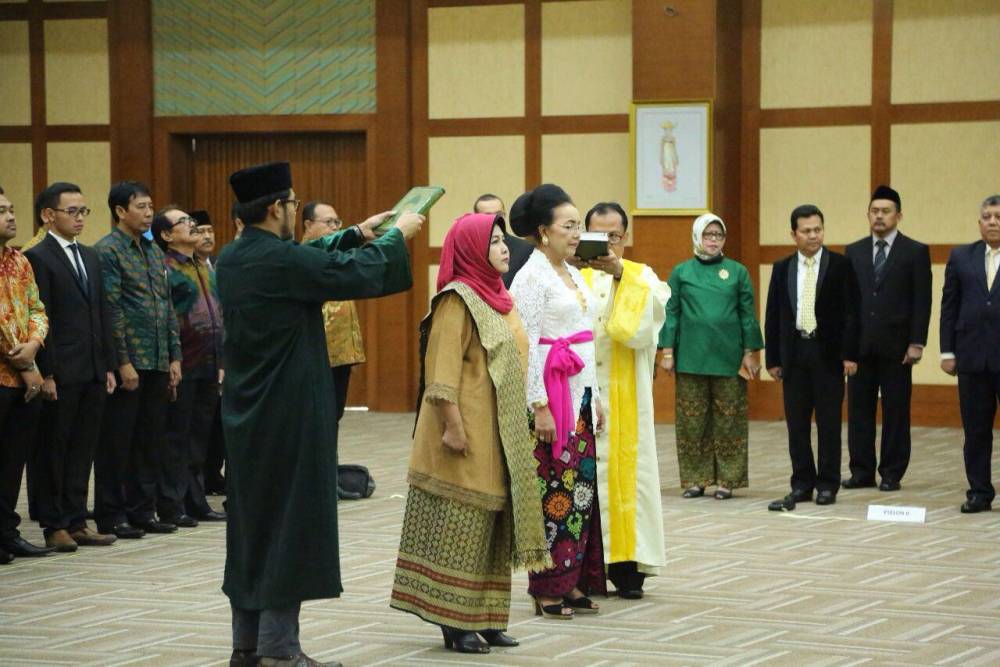 After congratulating the new Rector and Director, In his speech the Minister of Research and Technology M Nasir conveyed that the elected Rector and Director can perform their duties as well as possible to advance higher education especially at Udayana University Bali and Polytechnic Negeri Maritim Indonesia Semarang.
Prof. A. A. Raka Sudewi expressed her gratitude for being elected as the new Rector for Udayana University. In a brief interview, Prof. A A. Raka Sudewi said that she will hold the mandate and responsibility for the future of Unud. Regarding the achievements that have done before, she said will develop more achievements with the programs in accordance with her vision and mission include: 1. Improving the governances, 2. Strengthening of Tri Dharma Perguruan Tinggi, 3. Strengthening Human Resources Competence, 4. Improving the quality of academic facillities and non academic infrastructure.

Hopefully with the inauguration of Prof. A A. Raka Sudewi as the Rector can bring Unud step forward in accordance with the vision and mission of Unggul (superior), Mandiri (independent), and Berbudaya (cultured) and also going to World Class University. All academic communities are expected under the leadership of Prof. AA Raka Sudewi can bring some changes for Unud better than before.(PR) 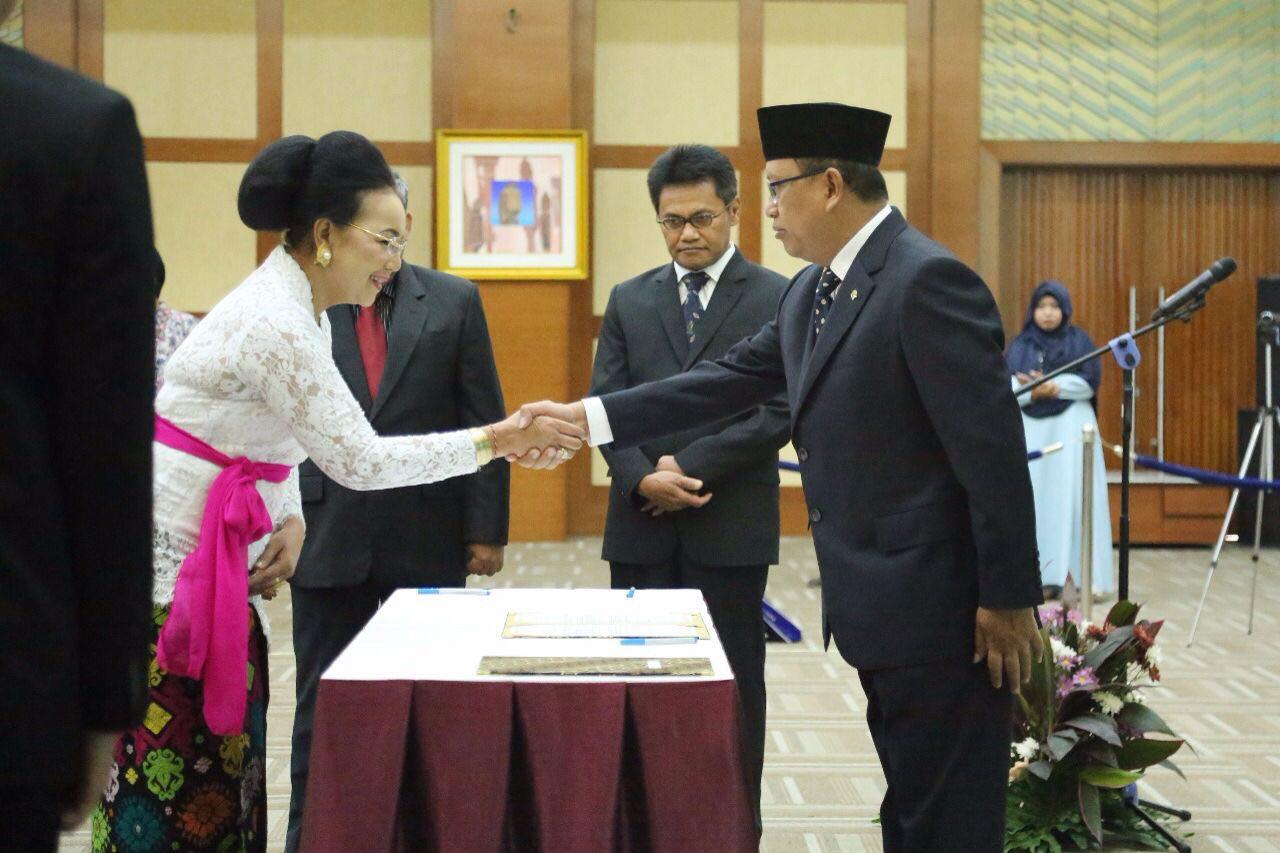 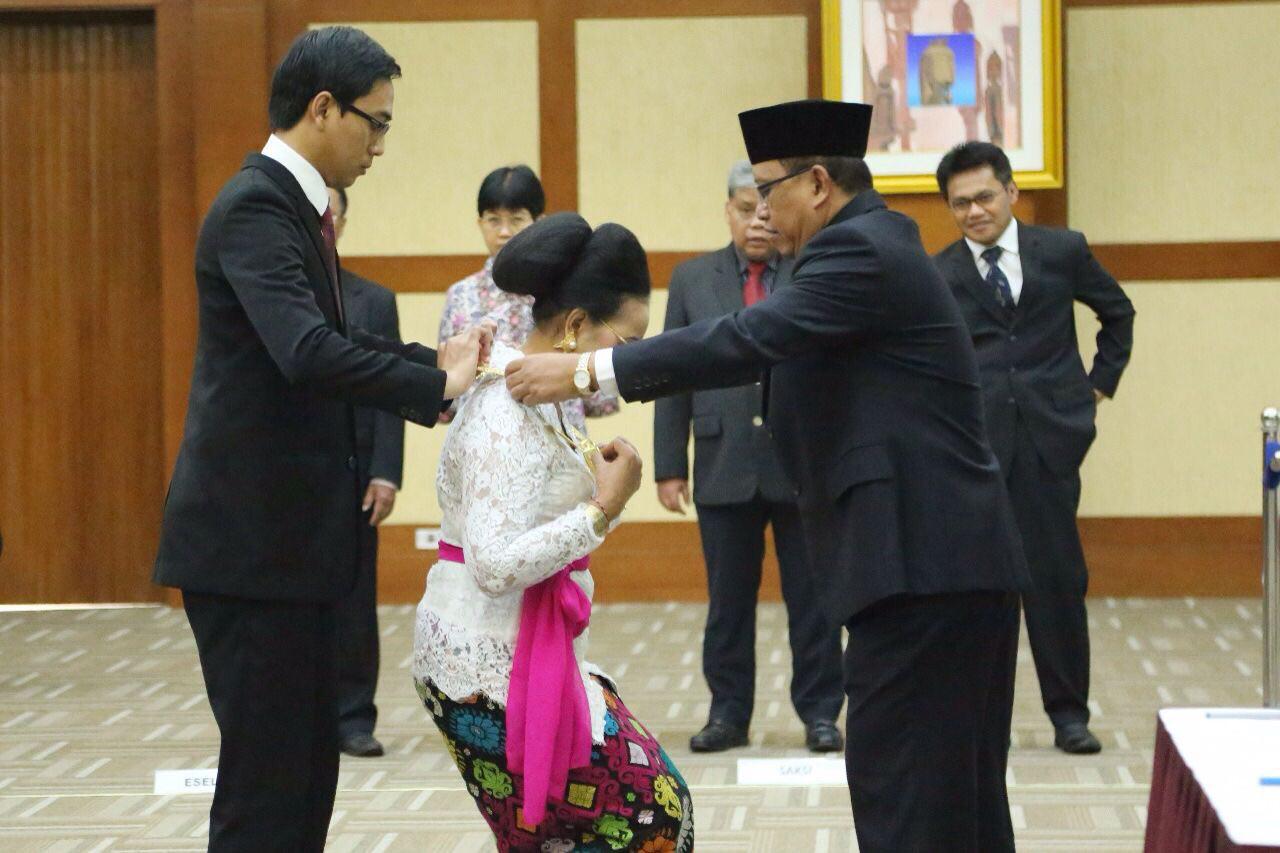 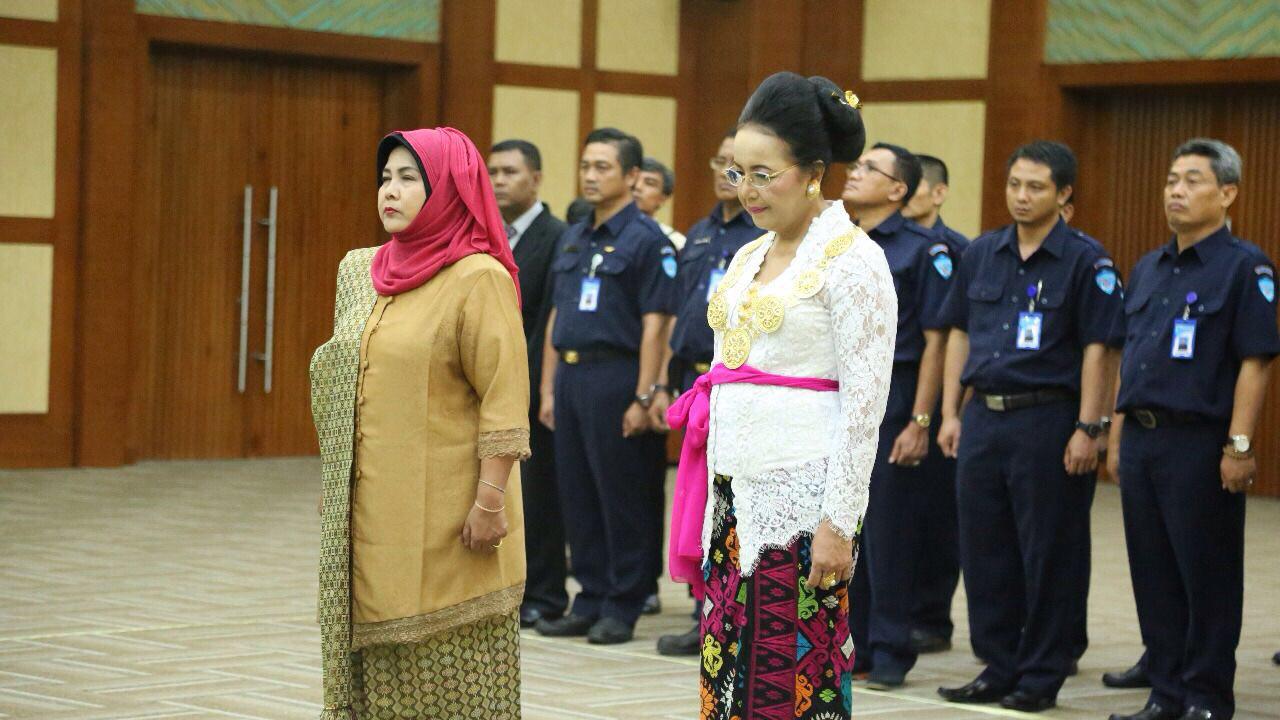 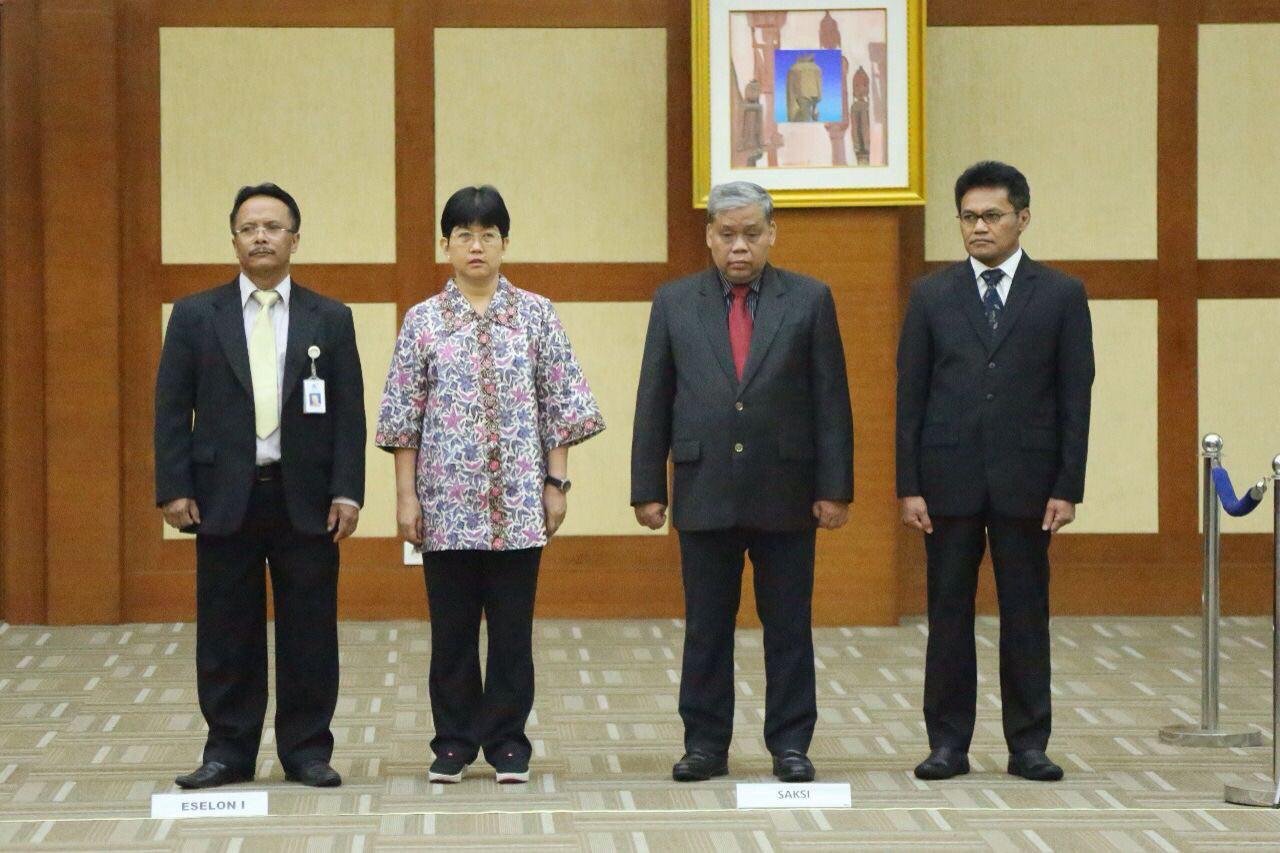 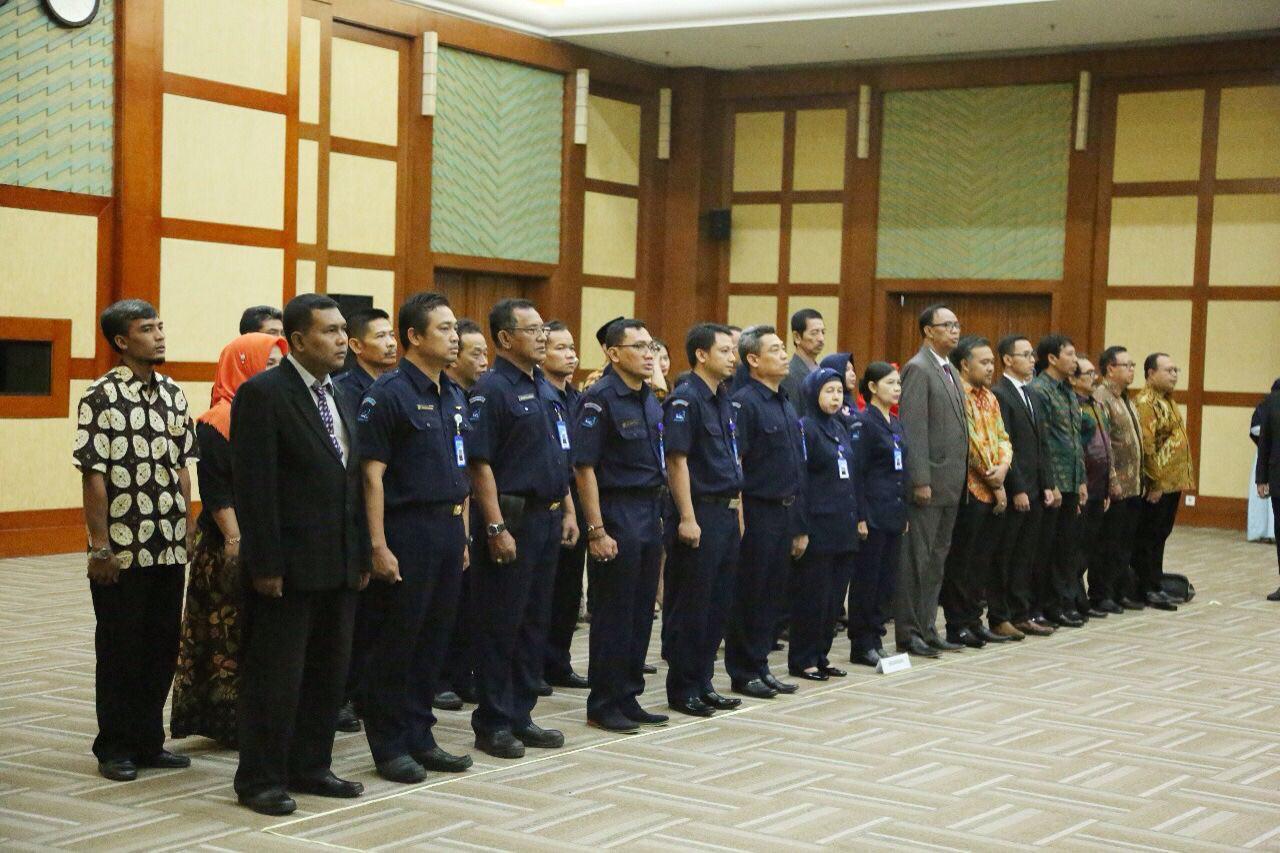