Denpasar - Udayana University in collaboration with PJCI (Prakarsa Jaringan Cerdas Indonesia) held a seminar with the theme "Smart Grid To Boost Electrical Systems Reliable, Efficient and Environmentally Friendly", Thursday (27/07/2017) Nusantara Building Agrocomplex Sudirman Campus. Present on this occasion, Deputy Minister of Energy and Mineral Resources, represented by the Secretary of the Directorate General of Electricity, the Second Assistant Governor of Bali, General Manager of PT PLN Bali, Founder along with the board PJCI, Dean of the Faculty of Engineering and Dean of the Faculty of Science as well as participants from academia, government and the private sector.

Founder PJCI, Eddie Widiono in his speech said the event was of 2 nd anniversary of PJCI which held at Udayana University. PJCI was born from the desire of experts to introduce into a modern electricity system which is an integration of electrical technologies, information and telecommunications. PJCI also garnered better communication by launching the web portal periskop.com. In this portal will be delivered the latest news in the field of energy that focuses on technology. Periskop.com is also connected with facebook and twitter. Further Eddie Widiono conveyed the theme of the seminar was relevant with recent developments where in one of the speeches of the Minister of Energy and Mineral Resources, the government formed a team drafting the regulations of Indonesia supports the development of electric cars as a renewable energy. The application of this quote is the mission of PJCI. Widiono conveyed to support the findings in this seminar students that coupled with students' scientific work competitions which were followed by five participants of the selection results. Eddie hoped this seminar will continue to add excitement and can find solutions for researchers and developers in developing new and renewable energy in the future.

Dean of Faculty of Engineering Unud, Prof. Ir. Ngakan Putu Gede Suardana, MT., Ph.D represented Plt. Rector of Unud in his speech expressed his appreciation to PJCI who has invited Unud to collaborate and support the implementation of this activity. Further Dean of the Faculty of Engineering conveyed the needs for conventional energy sources are increasing but the availability still reduced, so new technologies such as Smart Grid can be a solution. This is also in line with the government's program of developing clean energy in Indonesia. Innovation and creativity in the present era should be developed especially in the field of research and technology as it is the key in the face of competition. Through this seminar was expected to emerge new ideas that can provide recommendations to the government in formulating policies. On this occasion the Dean of the Faculty of Engineering represented Udayana University also expressed a happy second birthday for PJCI.

General Manager of PT PLN Distribution Bali and Assistant II Governor of Bali said that PLN and Government strongly support the development of Smart Grid based on electricity as an environmentally friendly energy solution. Secretary of the Directorate General of Electricity who opened the seminar said that bad energy management could disrupt the economy. The government has issued regulations on national energy policy. PLN is expected to always support the development of Smart Grid to the regions.

In this seminar, there are speakers from government elements such as from the Ministry of Energy and Mineral Resources, Ministry of National Development Planning / Bappenas, Kominfo and PT KAI and academic elements such as from Unud, ITB and ITS. This seminar also invited elements of the developers as speakers ie from HUAWEI and REC Solar. Topics covered in the seminar include electrical regulations, national policy, Smart Grid development, electric cars, drones and topics on telecommunications technology. (PR) 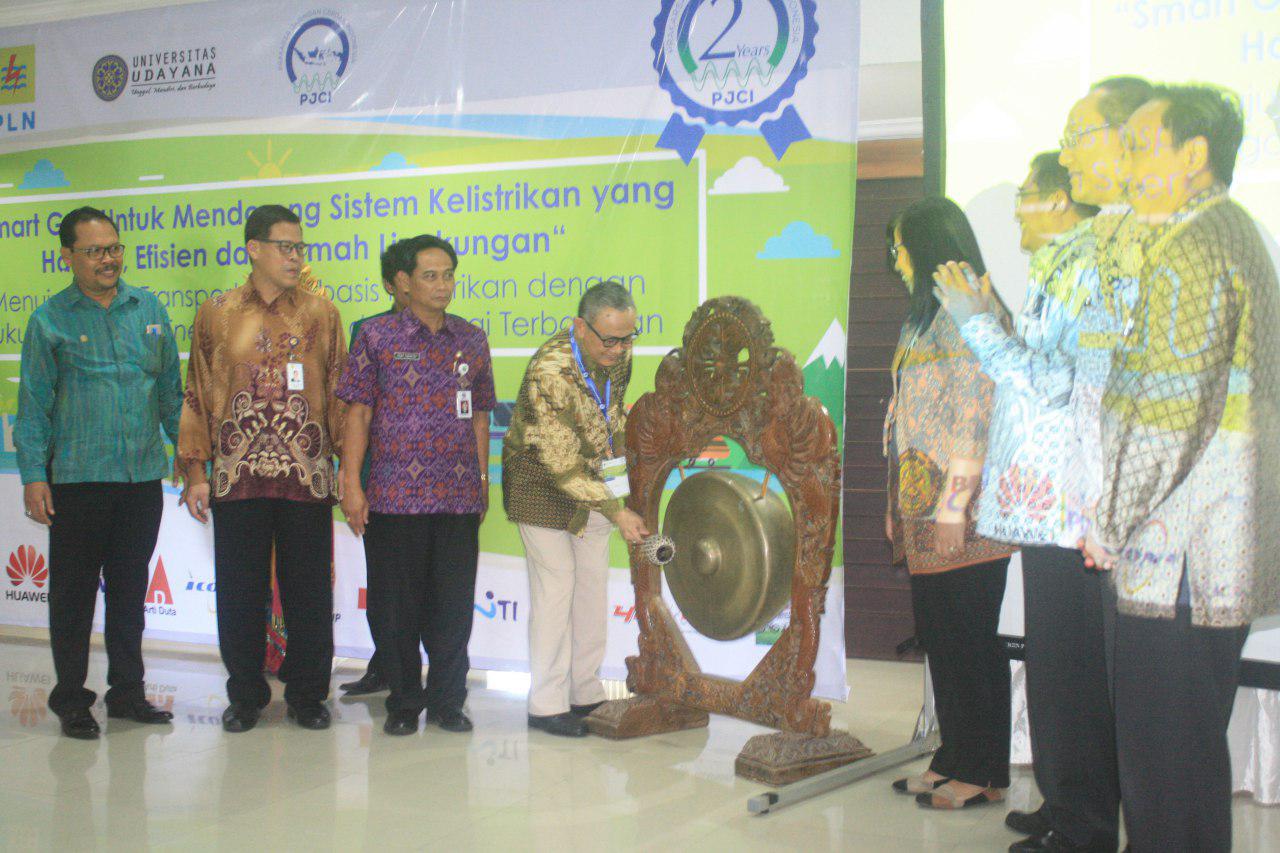 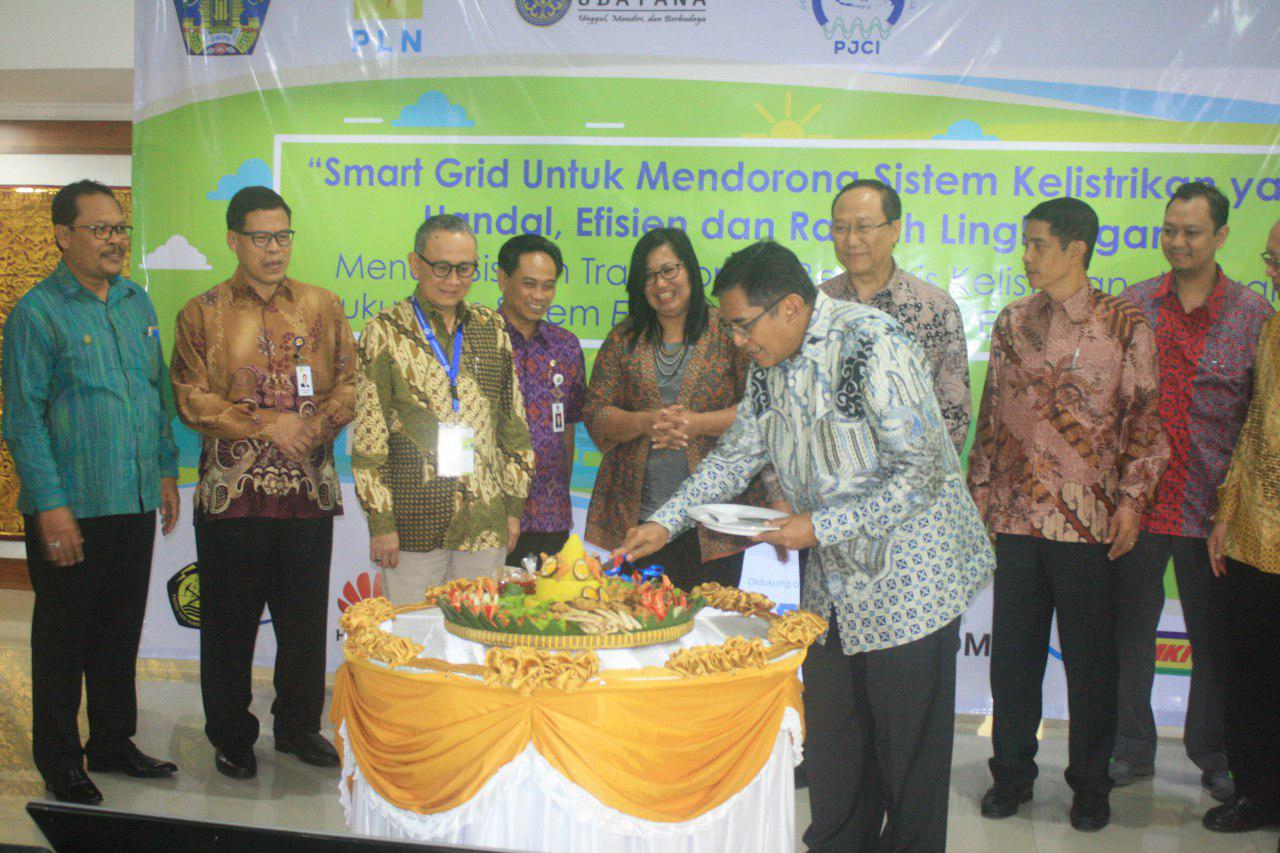 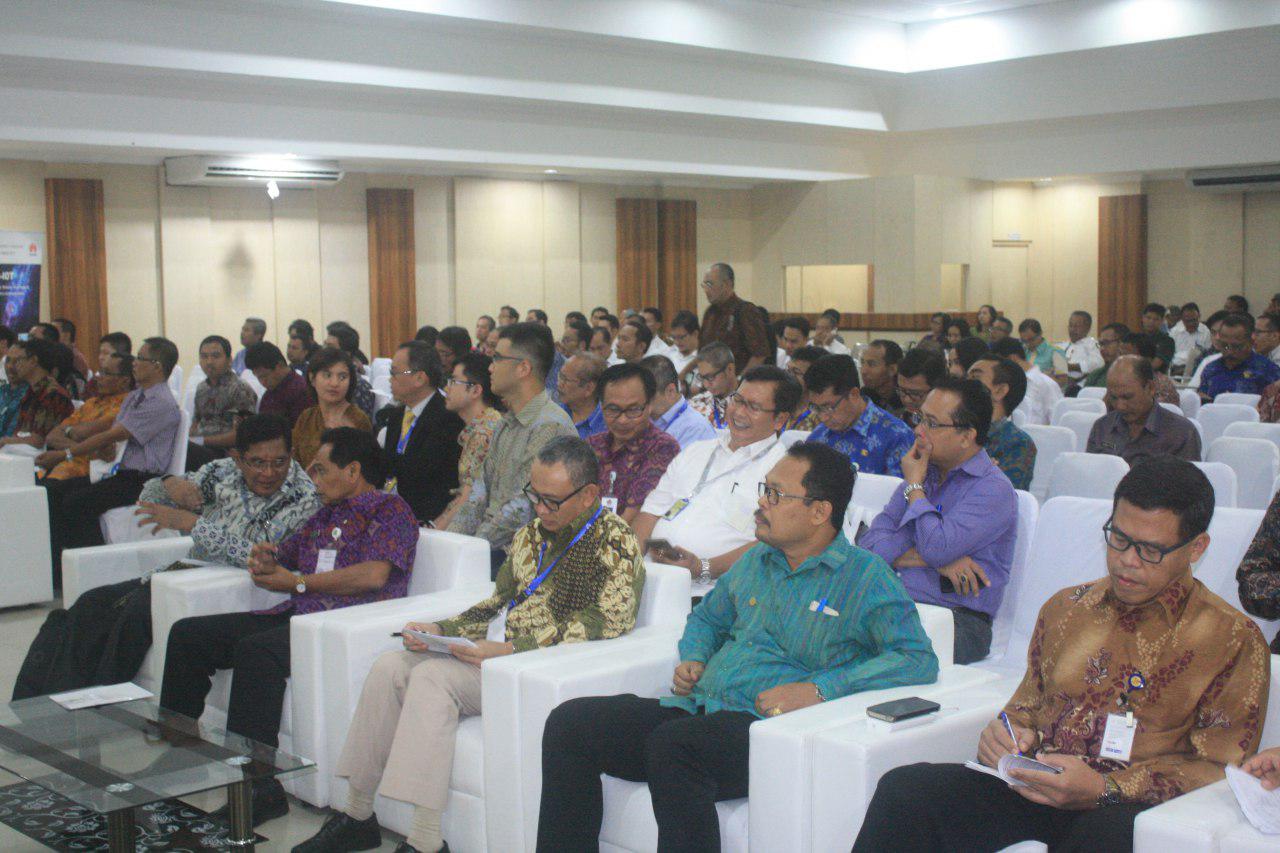 (The event was attended by Deputy Minister of Energy and Mineral Resources, represented by the Secretary of the Directorate General of Electricity, the Second Assistant Governor of Bali, General Manager of PT PLN Bali, Founder along with the board PJCI, Dean of the Faculty of Engineering and Dean of the Faculty of Science as well as participants from academia, government and the private sector) 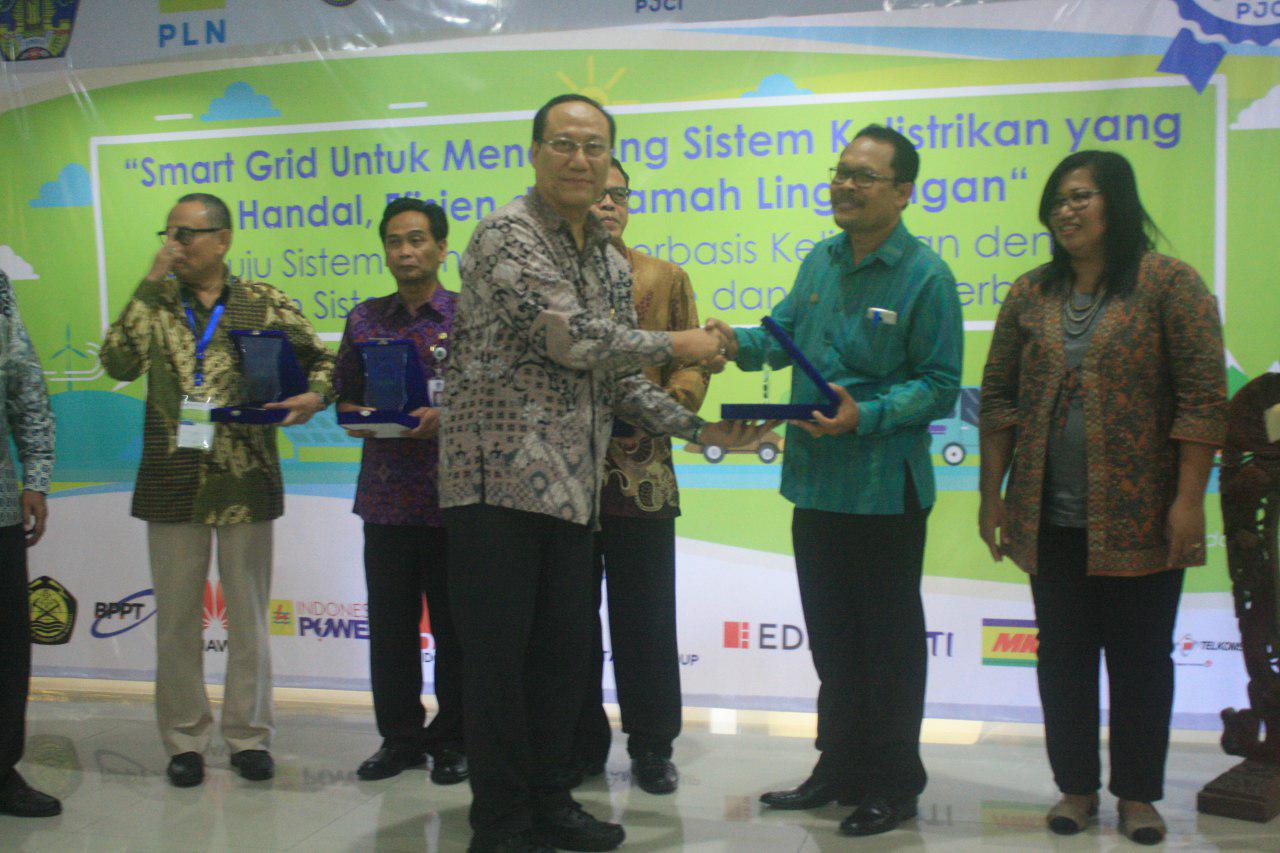