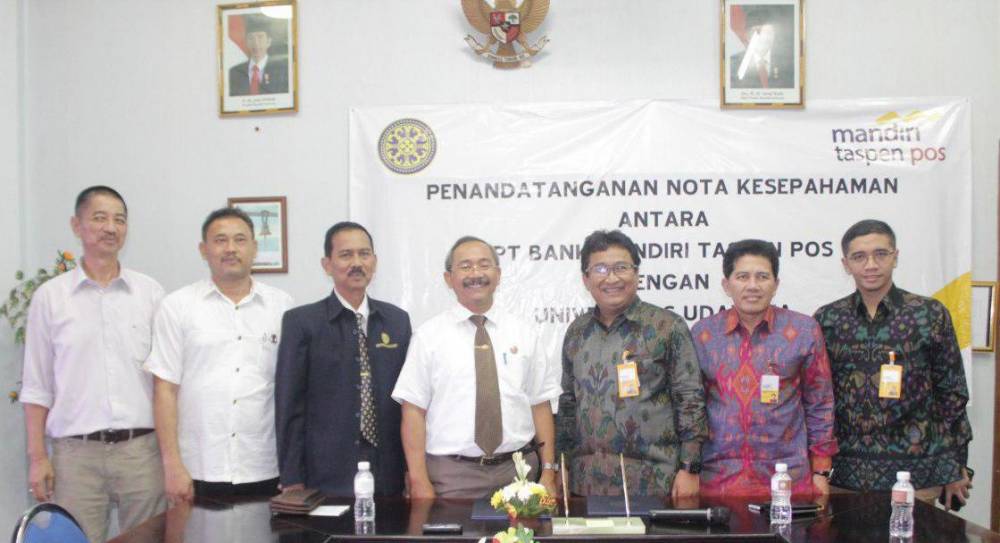 Rector of Unud, Prof. Dr. Dr. Ketut Suastika, Sp.PD-KEMD in his speech said that this cooperation is needed by both parties. Unud has a lot of human resources and it is one of the elements that can be collaborated related to the field of PT Bank Mandiri Taspen Pos. Rector hopes that cooperation can be realized well and provide benefits for both parties. 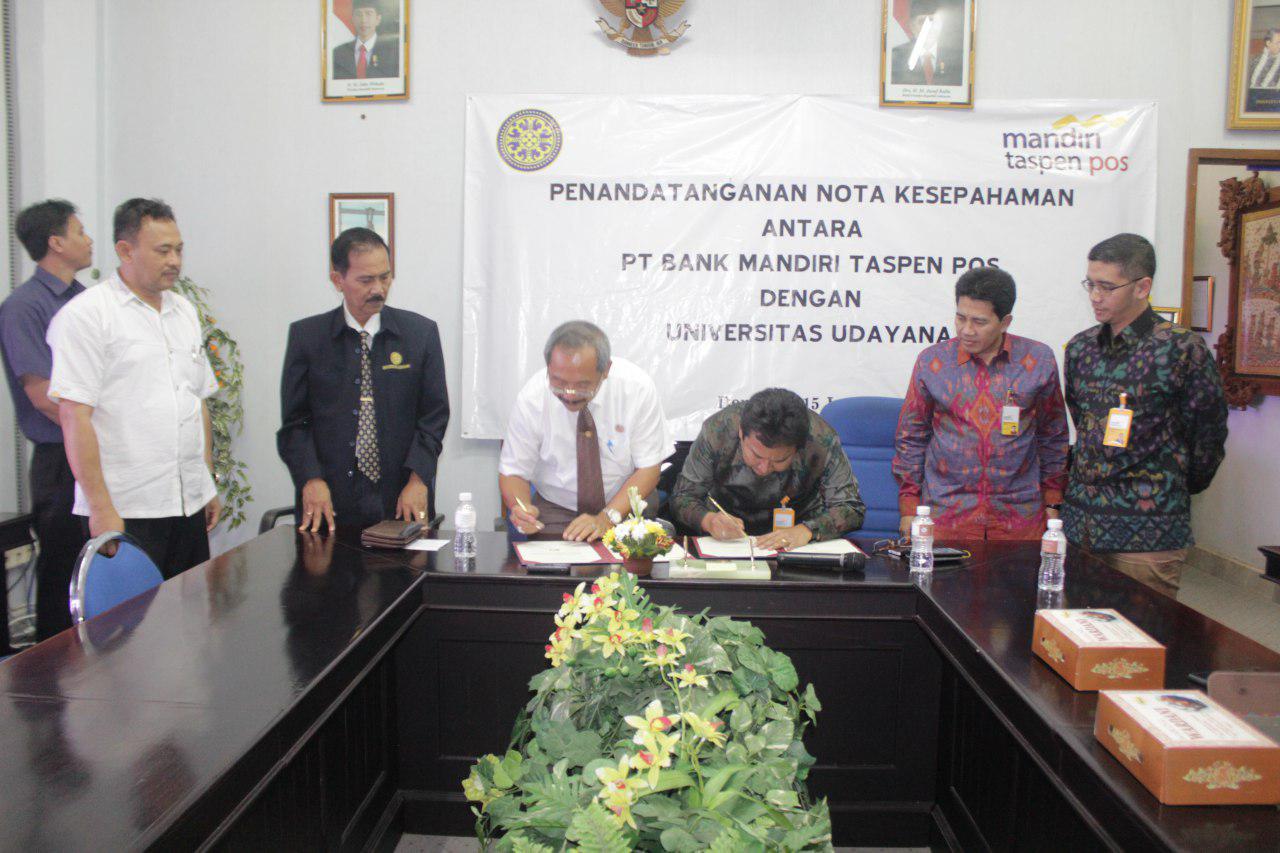