Graduation to 121 Unud Was The Last Graduation of Prof. Suastika As a Rector 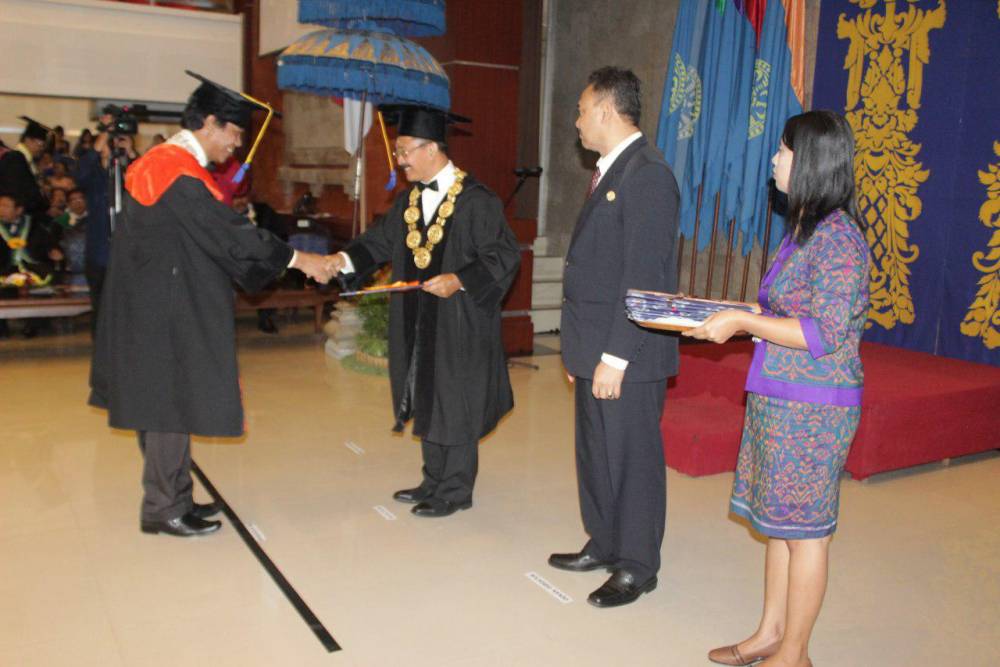 Overall the average IPK achieved by students from various study programs was quite good, that is IPK 3.84 for Doctoral program (S3); IPK of 3.65 for Master (S2); IPK 3.36 for Specialist; IPK of 3.81 for Profession; And IPK of 3.38 for Bachelor (S1). Likewise, the average length of study is for S3: 8,23 semester, S2: 5,2 semester, S1: 8,3 semester, Profession: 3,1 semester, and Bachelor: 8,10 semester. The number of graduates this time was dominated by women, amounting to 432 people, while the graduation of men as many as 369 people. In terms of academic achievement, female students are better than male students, which is the average female IPK was 3.55 while the average male IPK was 3.38. Similarly, for the period of study, women are better than men, the average study period of women 8.4 semesters while the men study period longer than female is 8.8 semesters. This shows that the male academic ability is still below the women. 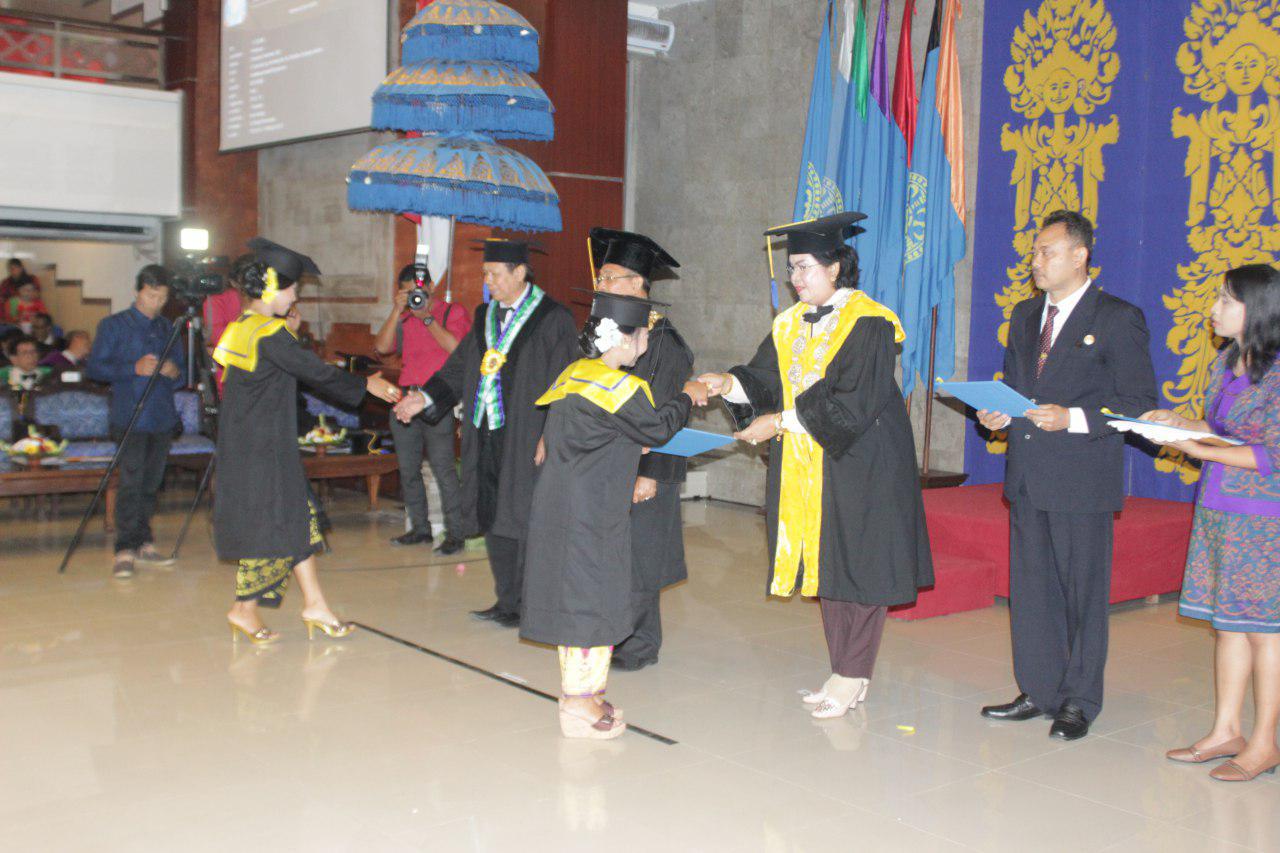 Rector of Unud, Prof. Dr. Dr. Ketut Suastika, Sp.PD-KEMD in his speech delivered the 20th of May which has just passed, commemorated as National Awakening Day. This anniversary is taken from the start of the struggle of the Indonesian Nation through an organization called Boedi Oetomo, founded on May 20, 1908. Listening to recent events, Indonesia is really facing an important issue. Radicalism, the dominance of the majority, the use of religion as a "political tool" in the election of regional heads, the case of blasphemy, all mixed up into "threat of disunity" as a nation. This momentum also becomes our common consciousness that all of us Indonesians are responsible to the Indonesian nation and to the Founders of Nations who have been able to unite this nation from different backgrounds, ethnicities, religions and others. The four pillars, the Unitary State of the Republic of Indonesia (NKRI), the Pancasila, the 1945 Constitution of the Republic of Indonesia, and the Bhineka Tunggal Ika, expelled by Mr. Taufik Keimas (alm) are now again raised and voiced louder and louder by all components nation. The people of Indonesia seem to be awakened to their awareness of the importance of the value of unity.

Rector hoped that graduates who have knowledge literacy should be the front row in building unity so that NKRI stay upright. NKRI price died, and Pancasila as the basic foundation of life of the Indonesian Nation, the 1945 Constitution of the Republic of Indonesia as the foundation of the law of life, and living in peace in diversity must be strived for by the future generations. The duty of the graduates are not only to think of themselves or their small groups, it is appropriate to contribute so that the Indonesian Nation becomes a powerful and big country in the future, not as a cause of division. As young and middle-class intellectuals responsible for the nation's progress in facing global challenges, the graduates should build togetherness in the face of external challenges, not divide from within that not only harm the State but can lead to disintegration that is painstakingly championed by the Founding Fathers of the Nation . This graduation was also the last graduation Prof. Ketut Suastika as the Rector of Udayana University due to his term of office which is ended on July 12, 2017. (PR) 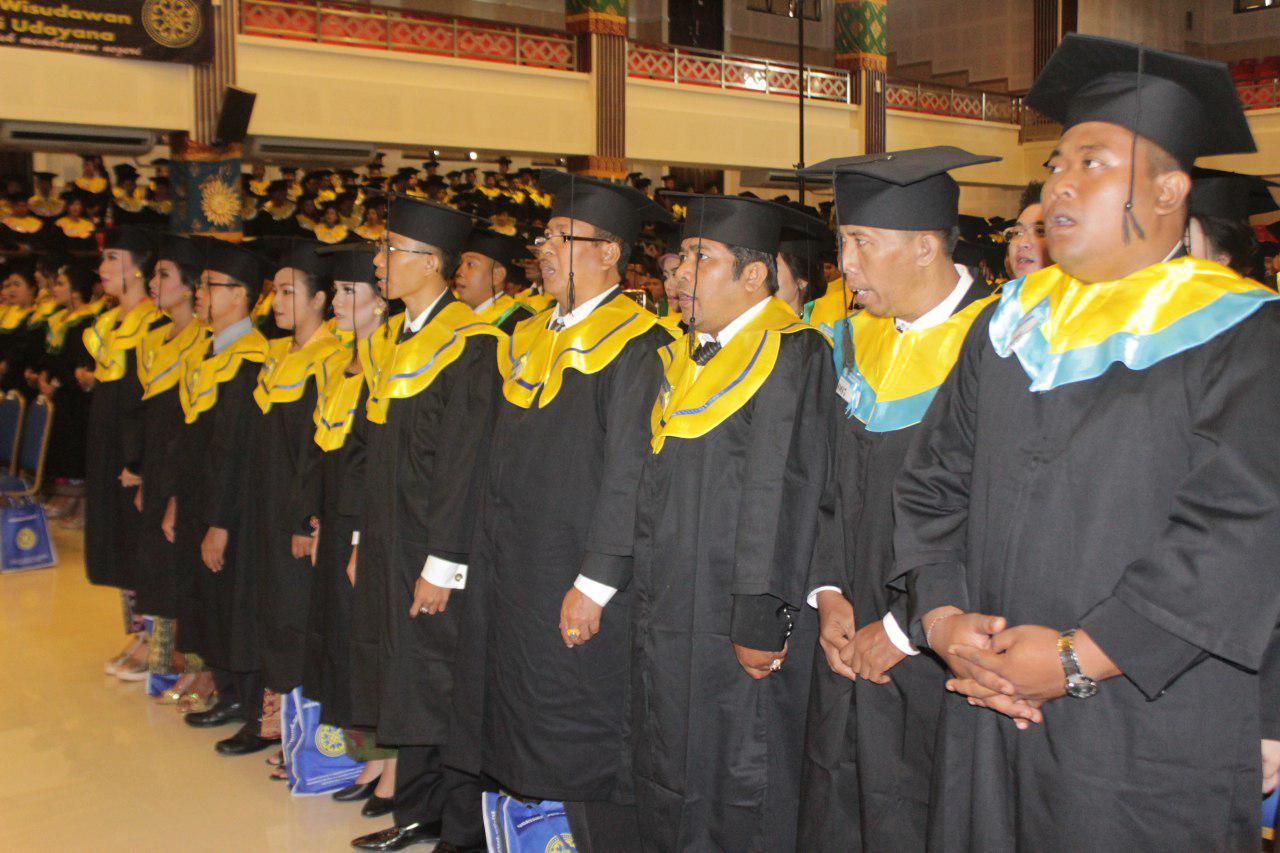 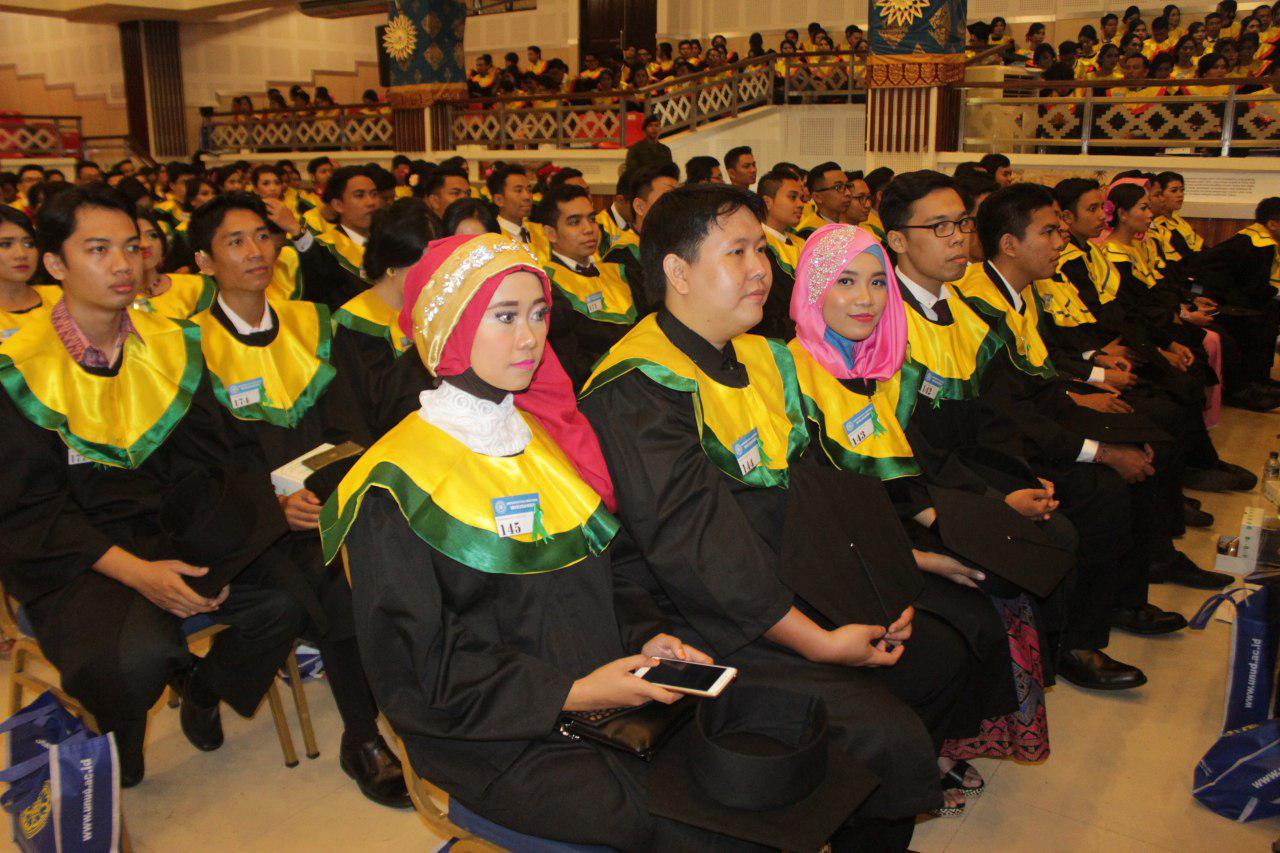 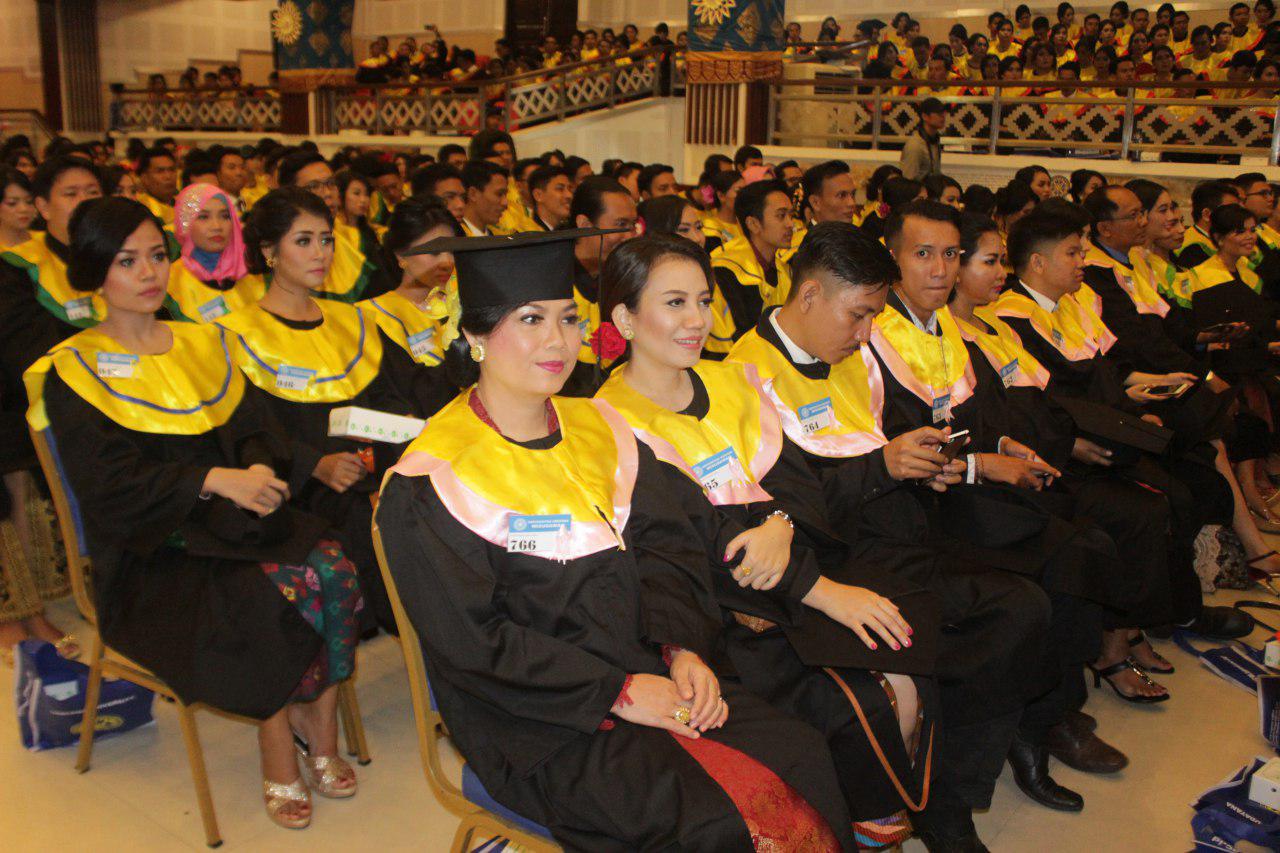