Mulawarman University held a Comparative Study of Remuneration To Unud 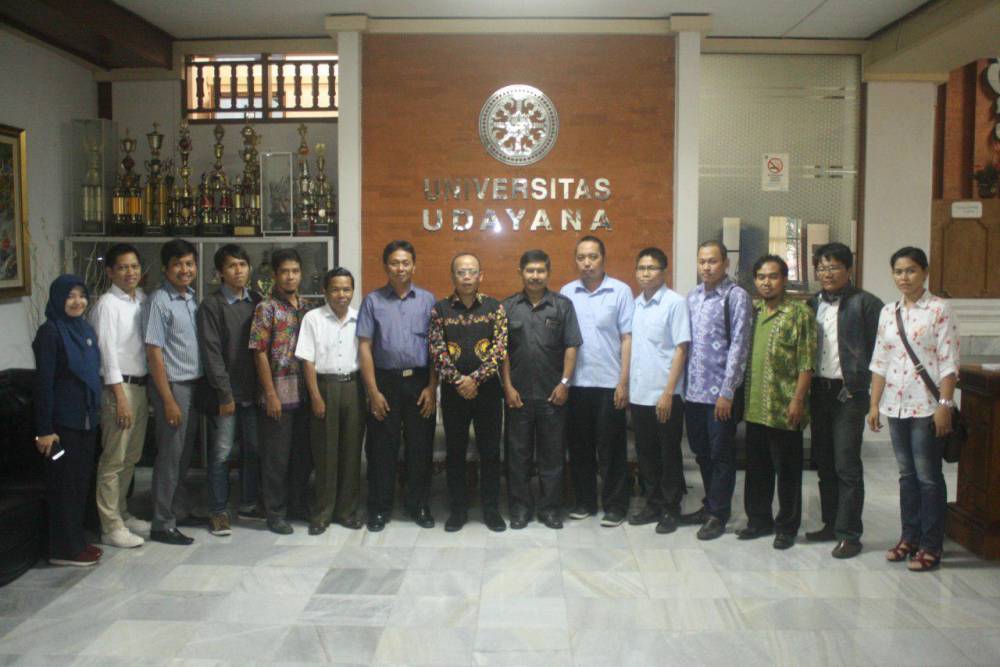 Bukit Jimbaran (15/05/2017) - Udayana University received a visit from Mulawarman University (Unmul) in the framework of Comparative Study on "Implementation of Remuneration of Public Service Agency". The delegation led by Vl Deputy Rector II of Mulawarman University was accepted by the Head of Bureau Planning and Finance (BPKU) of Unud in Ruang Nusa Rectorate Building. In this visit also attended the Head of USDI and Head of Public Bureau along with the ranks of the Finance Department of Udayana University. 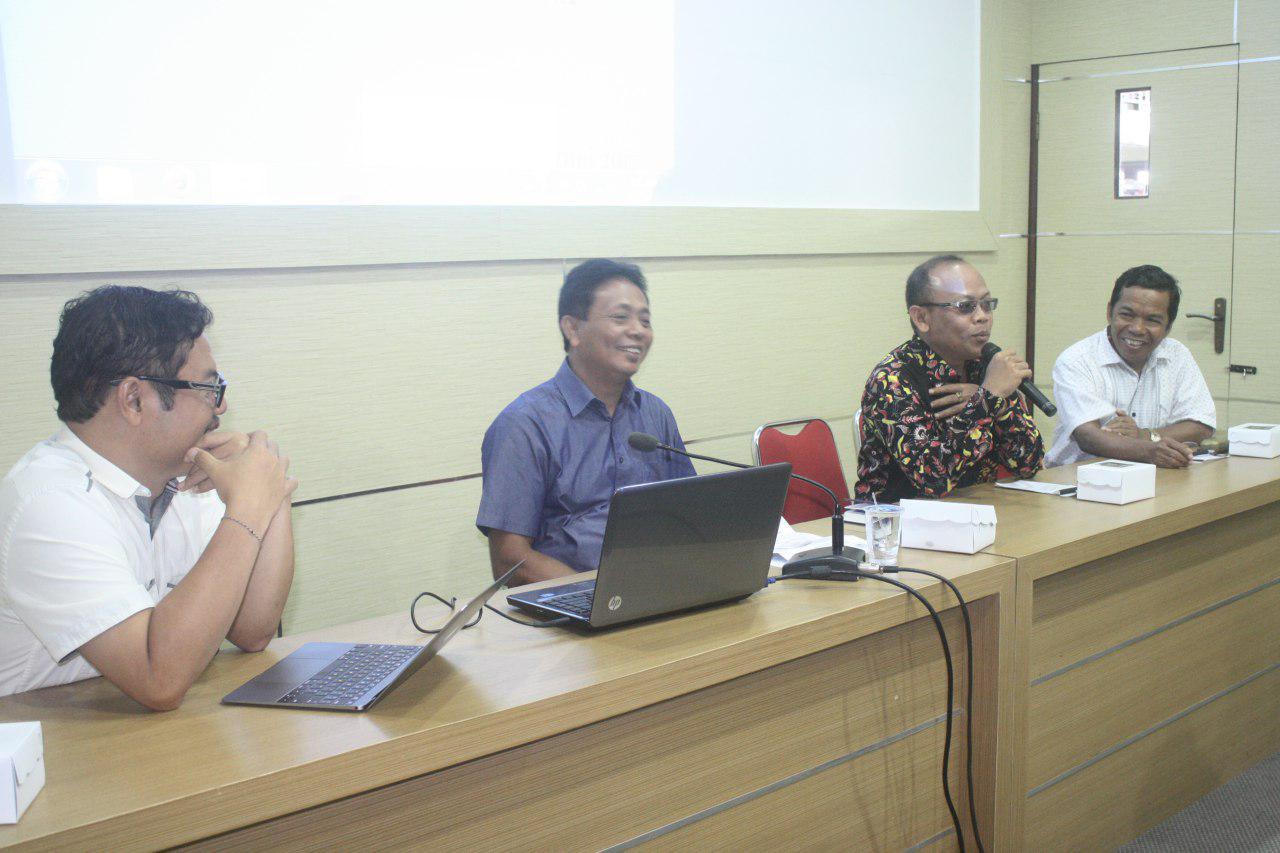 Deputy Rector II Unmul, Dr. Ir. H. Abdunnur, M.Si delivered a comparative study which aimed to share information and it related to the implementation of remuneration system in Udayana University. In the application of remuneration in Unmul still experiencing some obstacles. Year 2017 planned improvements whicrelated to existing systems. Before making a visit to Unud, Unmul has also conducted a comparative study to Sriwijaya University, Palembang to explore and share the same information. Through this comparative study Abdunnur hopes to get information related to establishing a good system, the implementation of remuneration forms, evaluation of job-related level and assessment that will be expected to improve the welfare of both educators and education personnel at Mulawarman University.

Head of BPKU Unud, I Wayan Antara, SE., MM explained, in building the remuneration system, Unud formed two teams that make up the remuneration of educators and education personnel with indicators referring to the existing rules. In remuneration payments are also influenced by the index of each faculty. I Wayan Antara also said that Udayana University has enacted SKP Online as a payment remuneration requirement for education personnel. Previously, Unud has also received visits from the University of Sam Ratulangi, Menado and University of North Sumatra, Medan who are interested in the existing system at Unud. 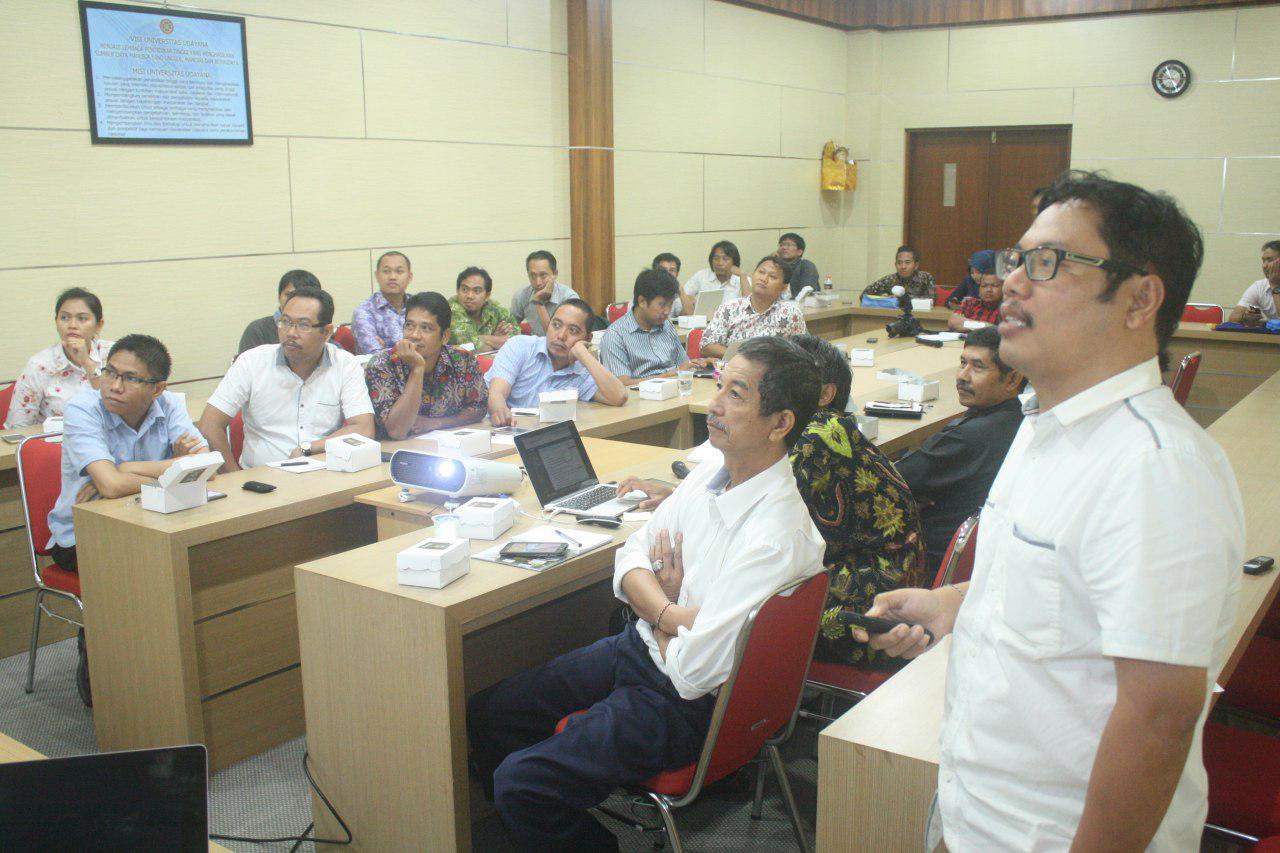 In this comparative study also carried out the exposure of the Head of USDI Unud, Prof. Dr. I Ketut Gede Darma Putra, S.Kom., MT on remuneration system at Unud which is included in IMISSU (Integrated Management Information System of the Strategic of Unud). Prof. Darma Putra conveyed the commitment of Unud leaders are very high in the field of information and with the IMISSU Unud can achieve accreditation status A. Further Prof. Darma Putra described the concept of Remuneration of Educators. Lecturer Workload (BKD) becomes a requirement for payment of remuneration with range and limit using points. Prof. Darma Putra also presented the remuneration system lectures of Udayana University, followed by an explanation of the remuneration of educational staff and delivered by Head of Planning Division Unud.

In discussions, it discussed about research remuneration, synchronization of cross-office remuneration system, BKD conversion to remoneration and point system. The activity ended with a exchange souvenir and took photos together.(PR) 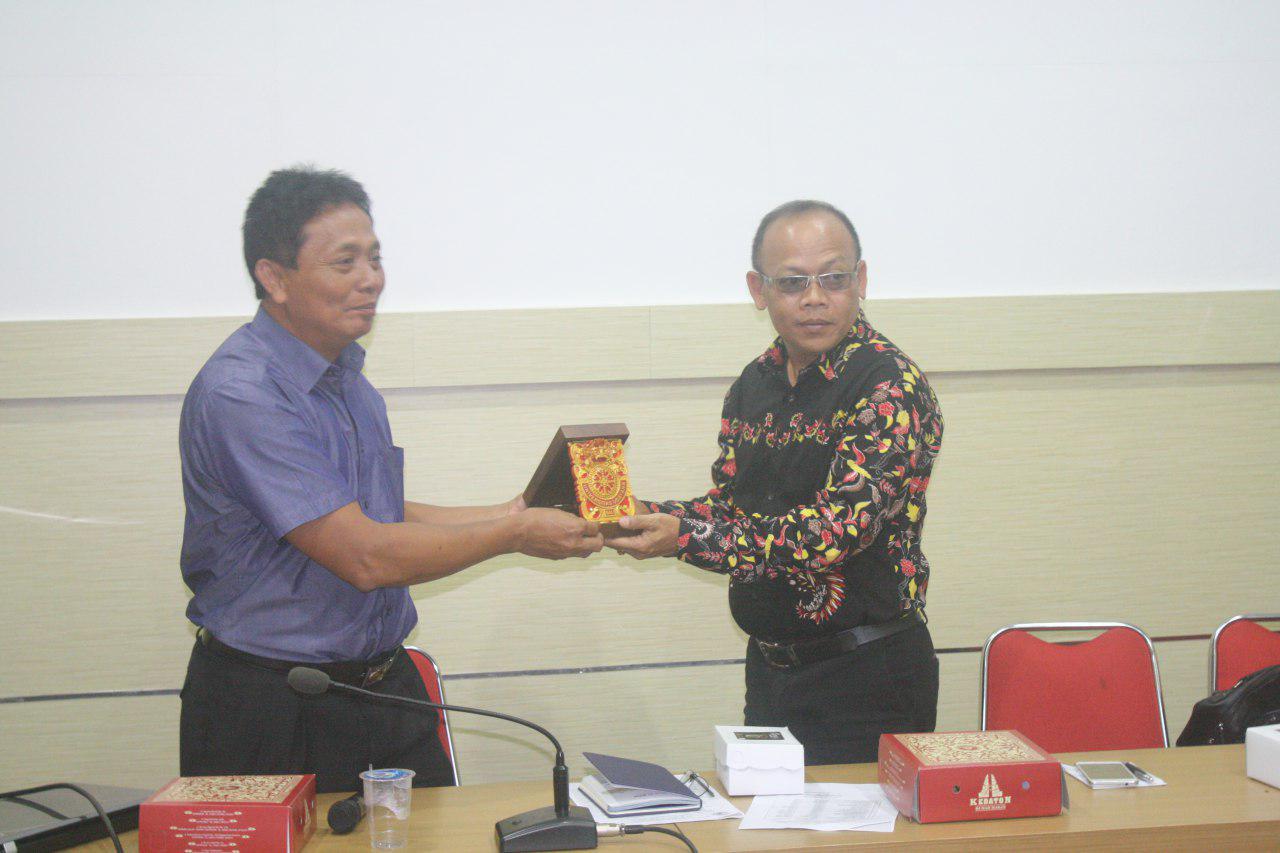