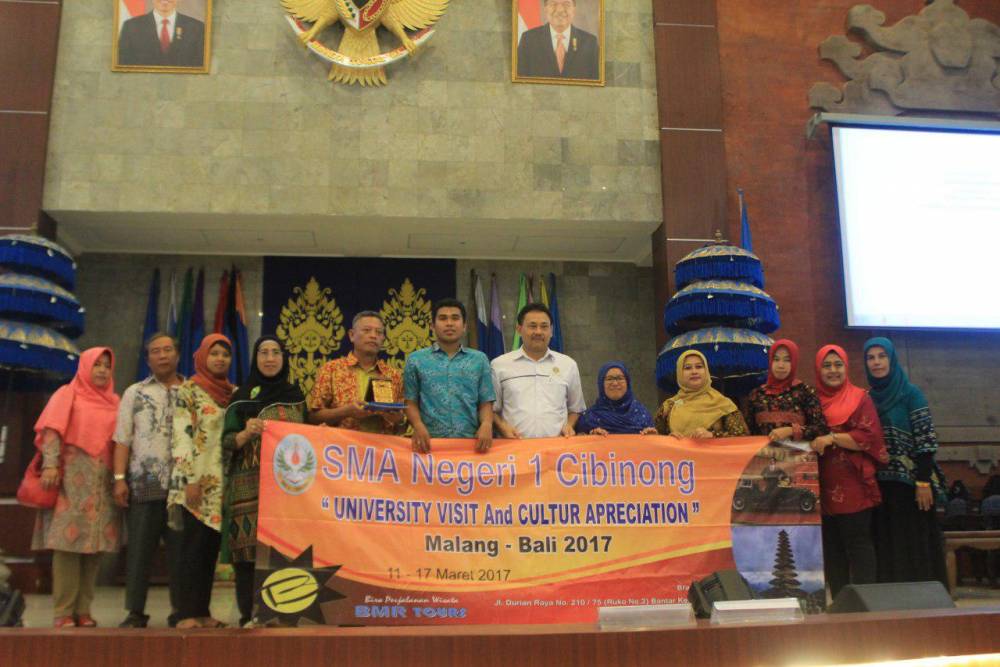 Jimbaran, on March 15, 2017, Udayana University received a visit from SMAN 1 cibinong at Auditorium Widya Sabha Building Campus Bukit Jimbaran. This visit was followed by the 330 students of class XI and 12 teachers. The group was received by the Head of Academic Cooperation and Public Relations, Drs. I Gusti Ngurah Indra Kecapa, M.Ed which accompanied by academic staff, I Made Yuda Prasetya S.Kom as moderator. 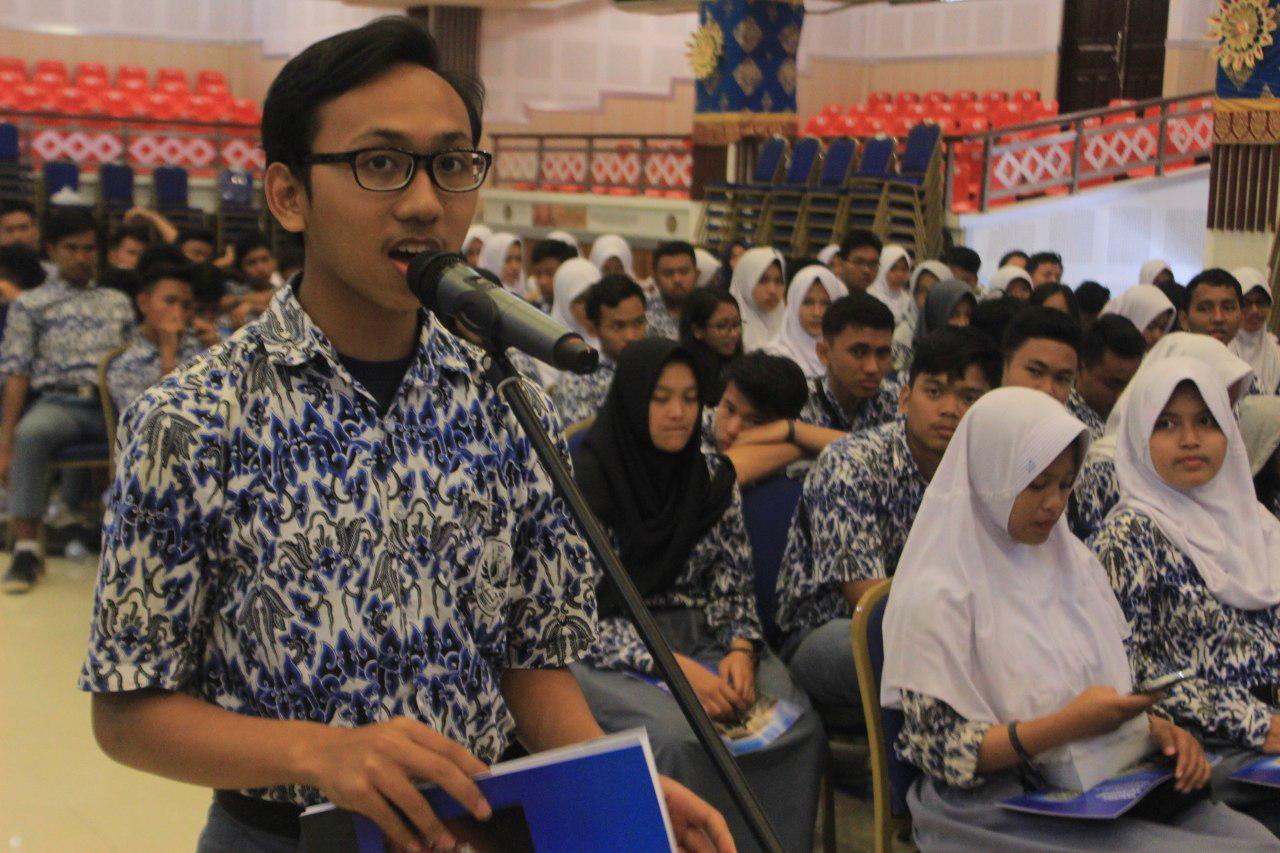 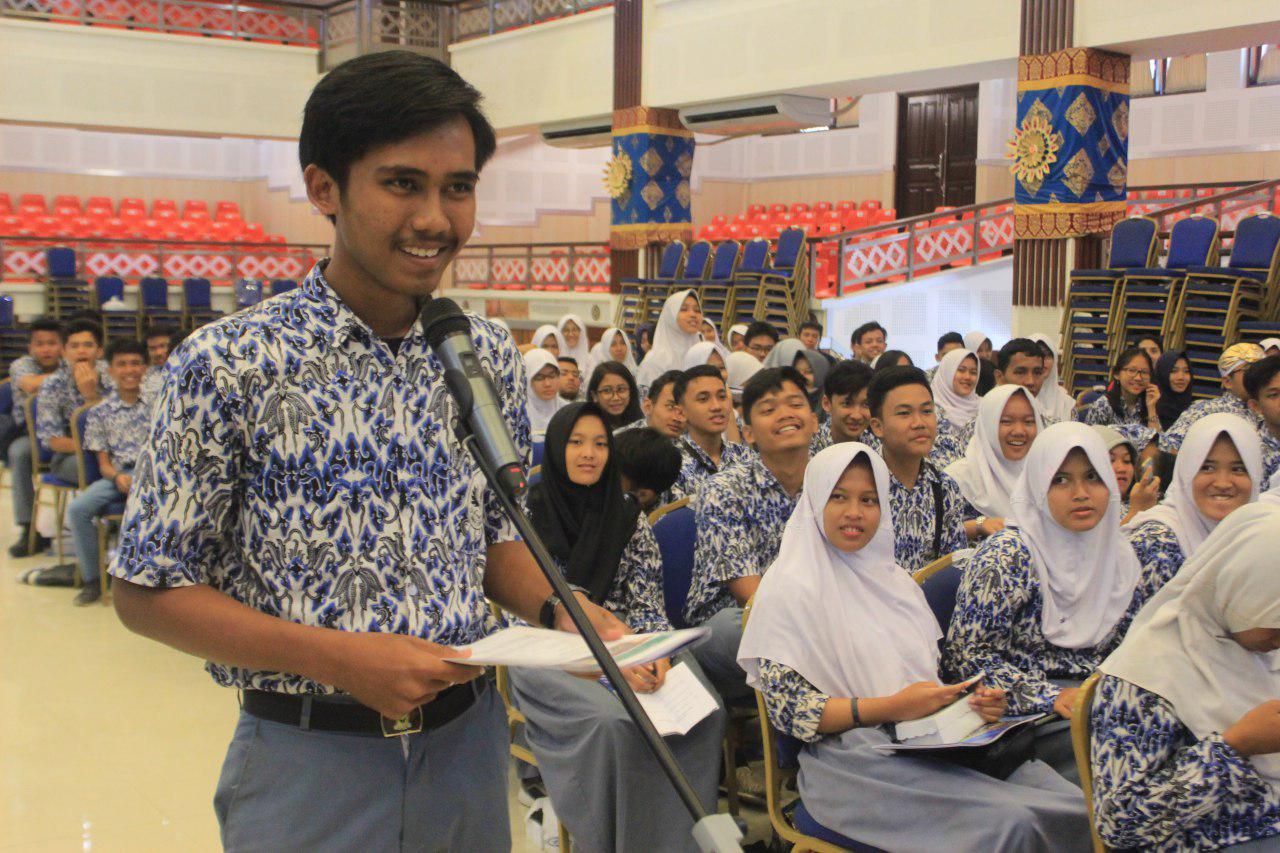 The students who attended the discussion were very enthusiastic and eager to ask questions about the information presented, especially about theopportunities to entry Udayana University, scholarships, and student activity units and facilities that available at the Udayana University. (HM) 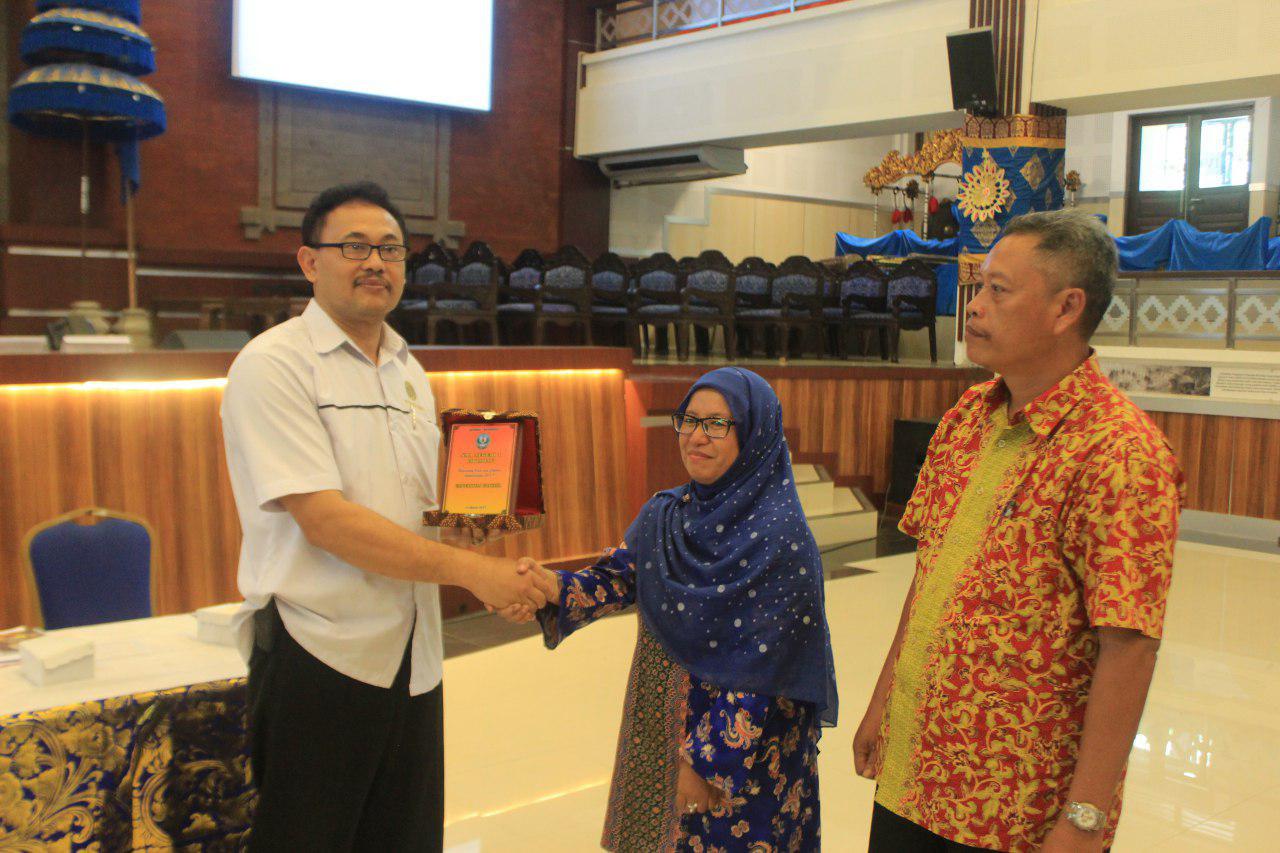