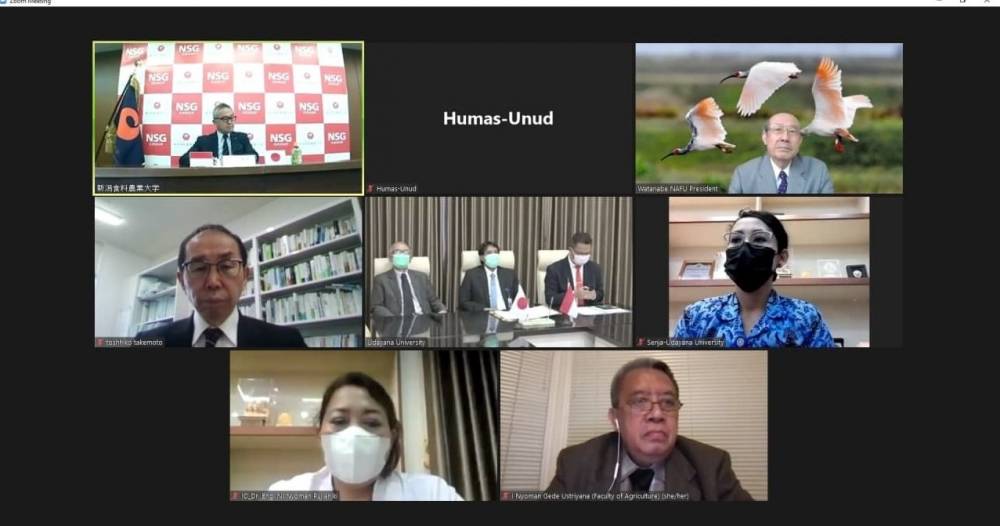 The event was attended by the Rector of Unud, the Vice Rector for Planning, Cooperation and Information, the Dean of the Faculty of Agriculture, the Coordinator of KUI and the spokesman for Unud. Meanwhile from Niigata was attended by the President of Niigata Agro-Food University, Vice President, Chairperson of International Committee and Director of Administration.

Rector of Unud Prof. I Nyoman Gde Antara in his speech said that the signing of this MoU was an important momentum for closer cooperation between the two universities. The Rector expressed his appreciation and was honored to have closer cooperation in the fields of education, research, seminars, joint publications as well as staff and student exchanges and other relevant cooperation programs carried out by both parties in the future. This collaboration is the forty-four (44) collaboration conducted by Udayana University with various universities and institutions in Japan. 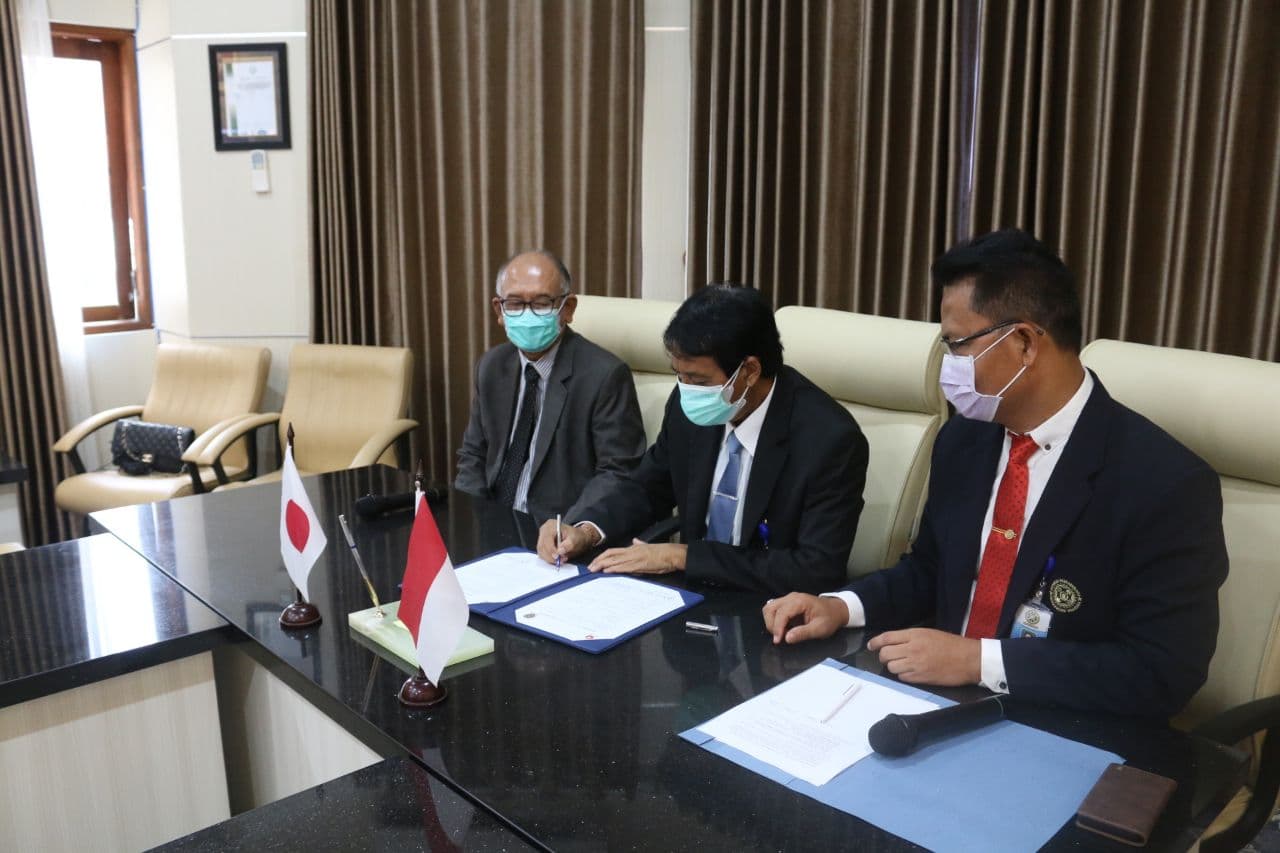 The signing of this Memorandum of Understanding began with the research collaboration of the Japan Society for the Promotion of Science (JSPS) with Mercury Residual in the people's gold mine on the environment and the possible impact of new diseases on plants, animals, and even humans carried out by Professor I Gede Putu Wirawan. from the Faculty of Agriculture, Udayana University in collaboration with other researchers from Akita University, Kyoto University and Prof. Tiejun Zhao from Niigata Agro-Food University. The research was carried out before the pandemic, and the pandemic has stopped everything but not with the collaboration between researchers that has been very well established, especially in consultations and discussions even developing into other topics such as plant plant systems and medicinal plants.

Therefore, with the establishment of this collaboration, the Rector hopes that every scientist from the two institutions will have the opportunity to communicate with each other, and later visit each other to implement better cooperation in the various topics mentioned above.

Meanwhile, Niigata Agro-Food University on this occasion conveyed a glimpse of the profile of NAFU which consists of two campuses, namely Niigata campus which is a campus that is at the forefront of business because Niigata is a leading city in the business field in Japan. The second campus is Taidai Campus, which is mainly used for agriculture and food courses. 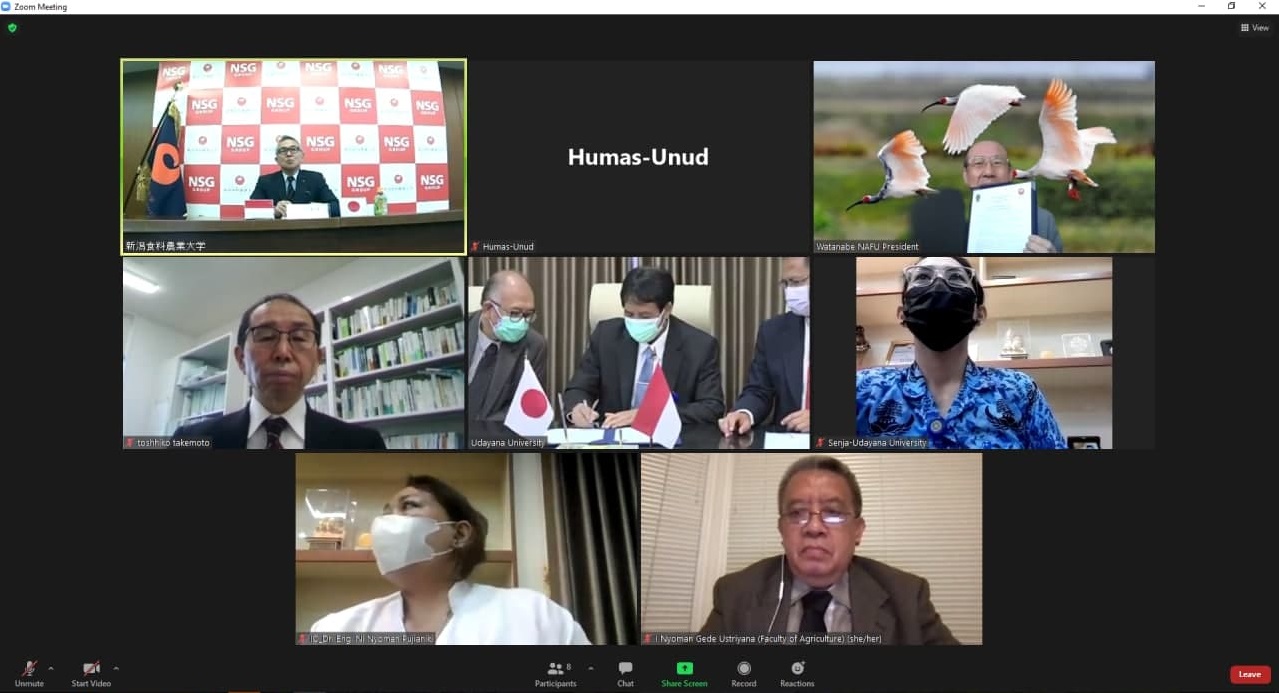 Niigata Agro-Food University (NAFU) has a Faculty of Agro-Food Industries which has three courses, food, agriculture and business. The focus of the university is agro-food industry, agriculture, forestry, fisheries, sales and restaurants. This agro-food industry is very large compared to other industries but there is no university that focuses on this, so NAFU started it. NAFU plans to expand the industry and the number of students will be even more in the future. NAFU hopes to build a beneficial cooperation between the two universities.

President of Niigata Agro-Food University Mr. Yoshiaki Watanabe conveyed as we know that the Japanese Government declared carbon neutral in 2050 and began a green-food system strategy in 2050. From the holding of COP26 it was stated that our planet is changing to the worst direction but we as humans have started studying and researching the sector. agro-food. We can of course contribute to solving difficult issues such as water, food, agriculture, local community, environment, energy, atmosphere, and so on. The President of NAFU believes that the two universities can contribute through close relations and cooperation.