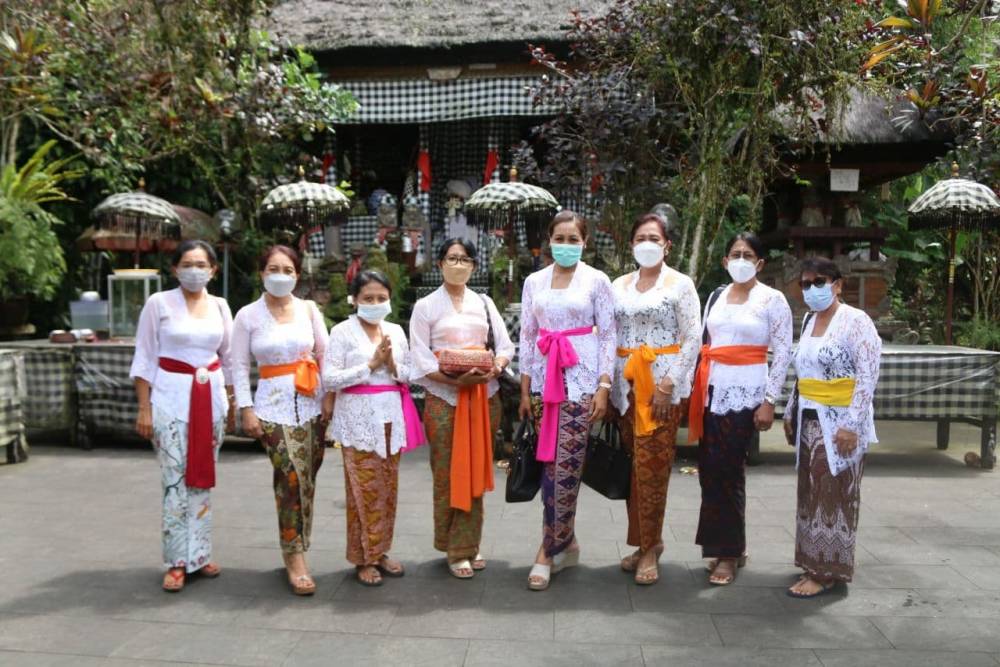 Friday (11/26/2021), Dharma Wanita Persatuan (DWP) of Udayana University held prayers at Tamba Waras Temple, Tabanan. This prayer also asks for your blessing so that all activities carried out run smoothly. On this occasion, the chairman of the Udayana University DWP also handed over the punia funds. 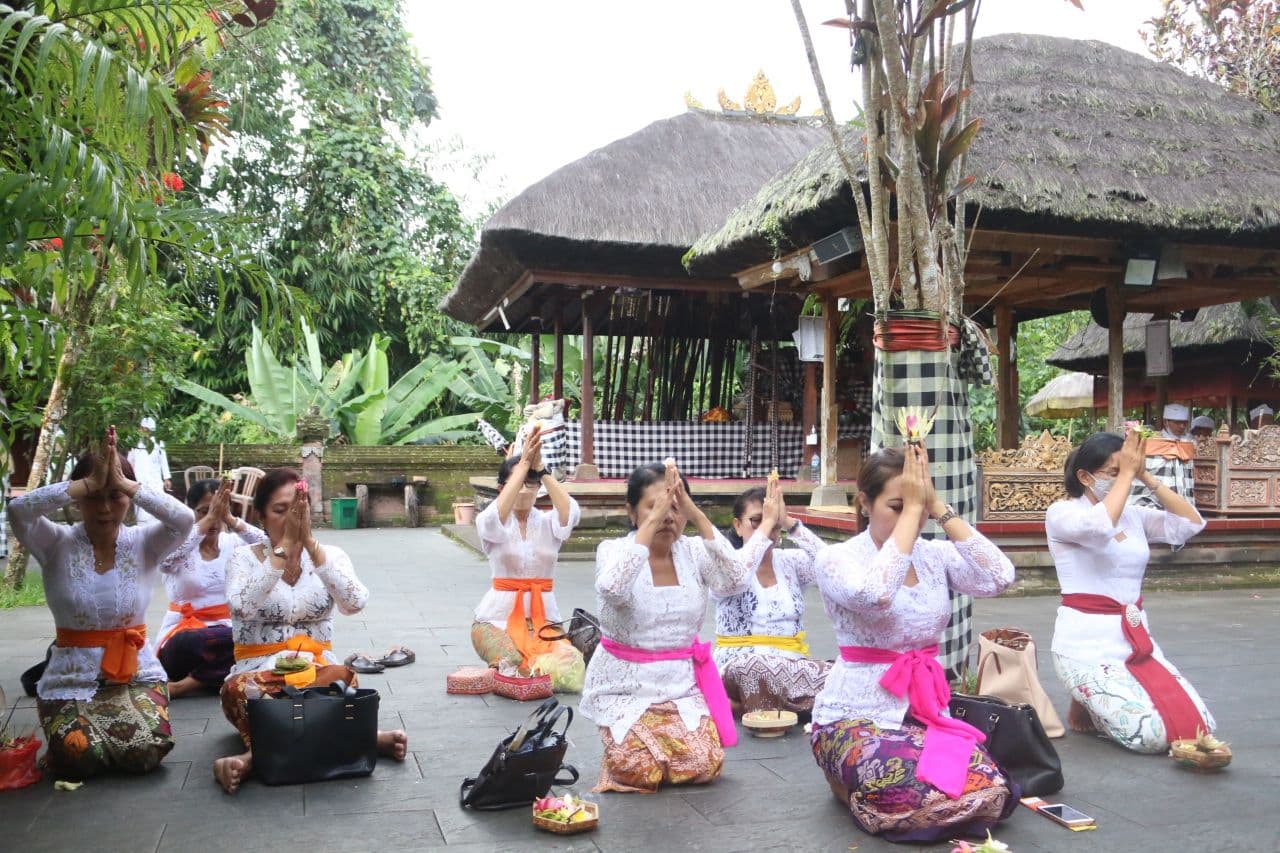 Head of DWP Unud, Mrs. Dayu Bulan Antara conveyed this tirta yatra as an initial series of celebrations for the 22nd Anniversary of DWP Unud which will fall on December 7, 2021. The next series of DWP anniversary commemorations is the Bowling Tournament which will be attended by interested members and retired members on December 3, 2021. 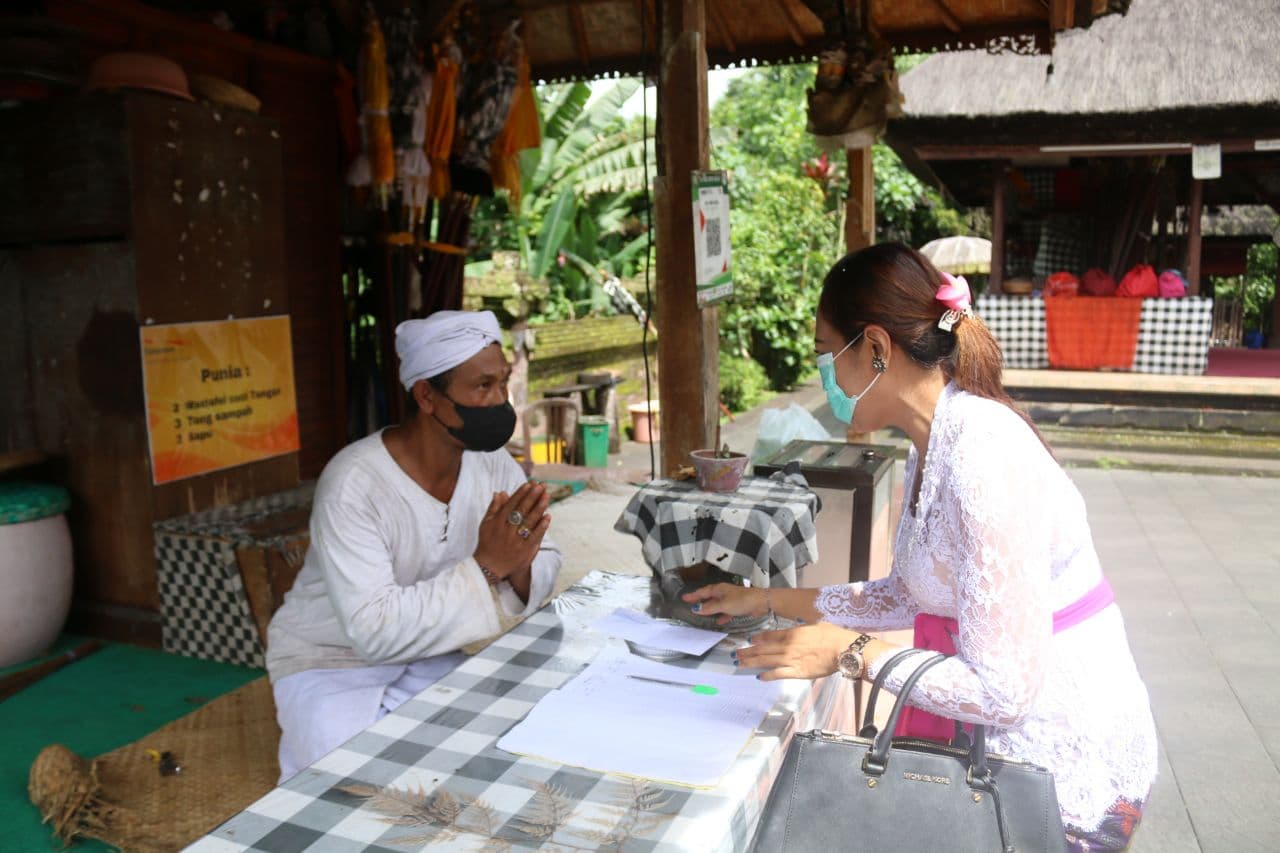 The peak of the commemoration will be held on December 7, 2021 at the Rector's Office Jl Dr. Goris Denpasar which is filled with learning activities to wear Balinese buns by bringing in experts from several well-known salons in Bali. The next routine agenda will be held in January 2022 where there will be a change in several members of the Unud DWP considering that there are some who are retired and discuss the agendas that will be carried out in the coming year.