The Indonesian Ministry of Foreign Affairs and Udayana University Hold a Webinar: Digital Chat in Diplomacy 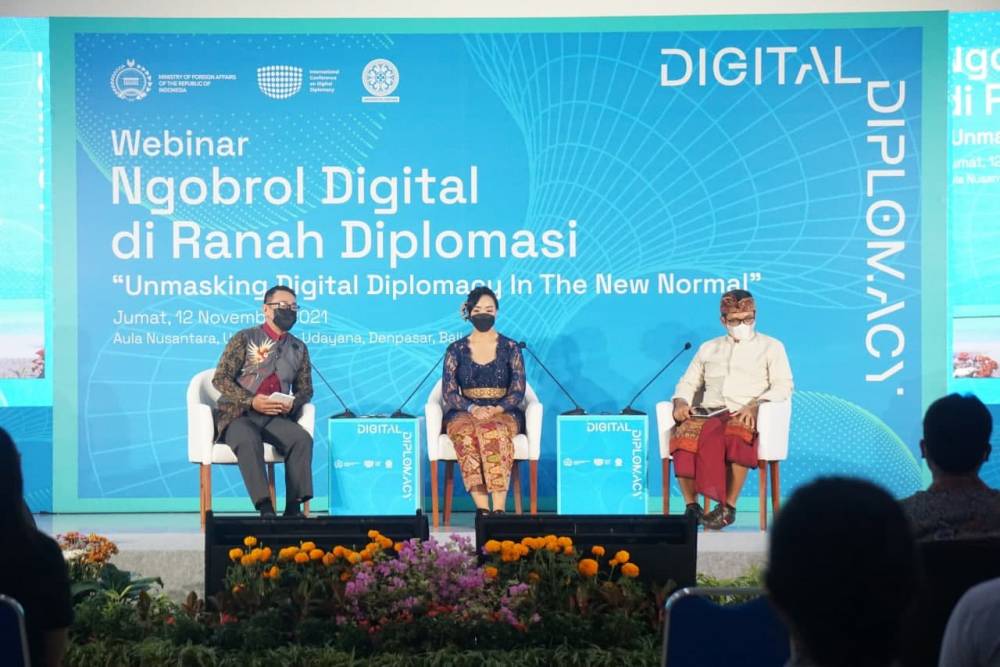 Denpasar, Bali - The Ministry of Foreign Affairs of the Republic of Indonesia together with Udayana University held a Hybrid Digital Chat Webinar in the Diplomacy Area with the main location at the Agrocomplex Building, Sudirman Campus, Friday (12/11/2021). There were approximately 50 participants who attended physically with the implementation of strict health protocols and almost 1500 participants attended online through the zoom application and Youtube. 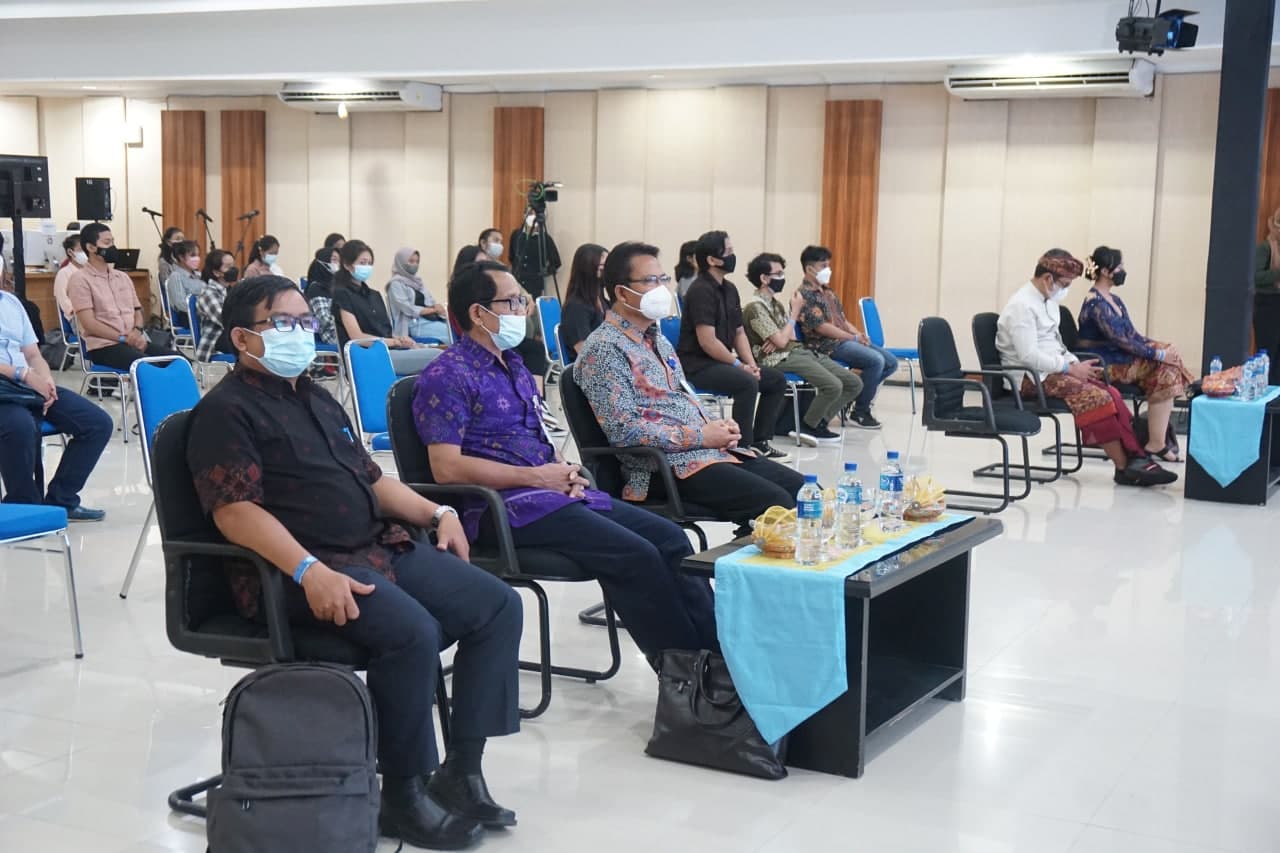 This webinar is part of a series of activities towards the "International Conference on Digital Diplomacy" (ICDD) which will be held on Tuesday 16 November 2021. As a relatively new thing, countries have their own practices in the implementation of digital diplomacy where countries can share experiences. ICDD will be a forum for participants from 21 countries to share their views on the use of digital diplomacy. 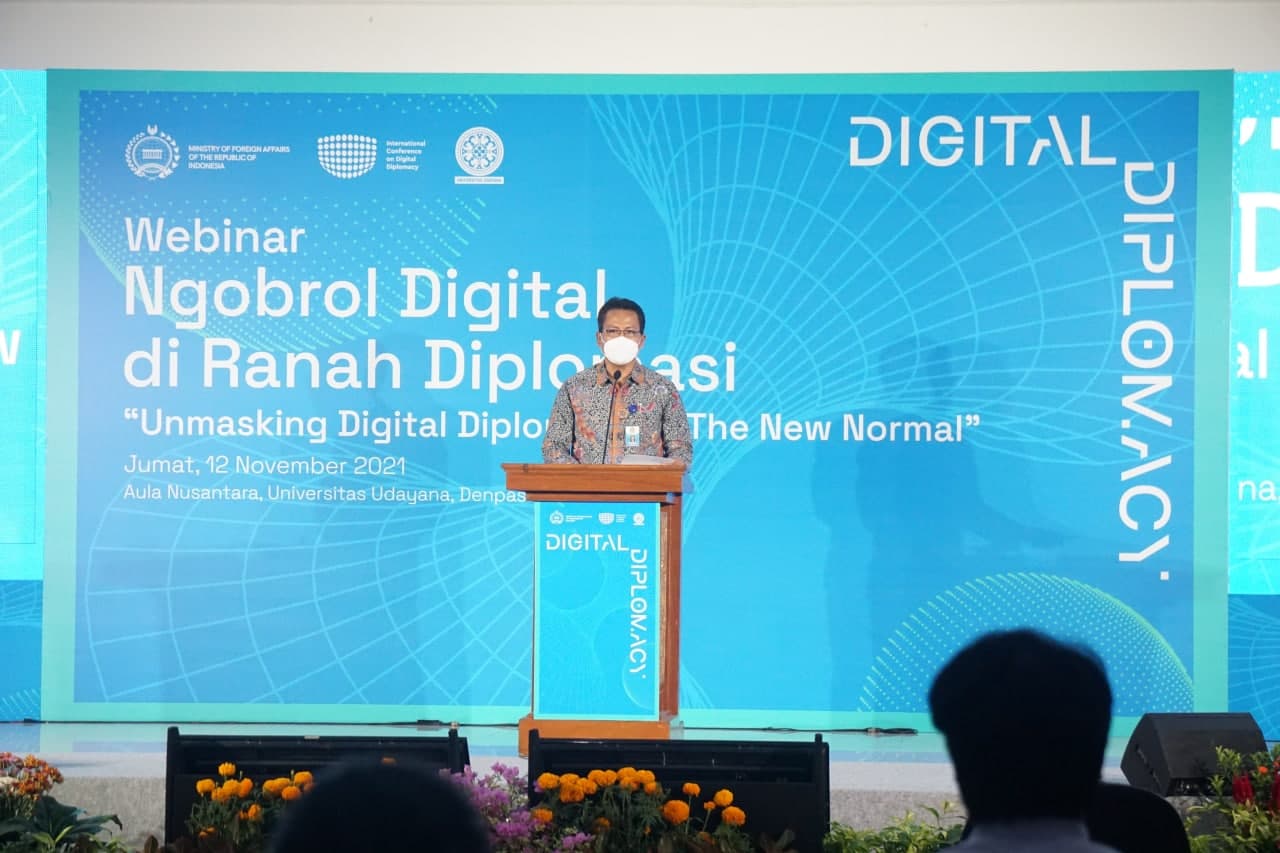 The Rector of Udayana University who on this occasion was represented by the Vice Rector for Planning, Cooperation, and Information, Prof. I Putu Gede Adiatmika in his speech expressed his gratitude and highest appreciation for choosing Udayana University as a partner in the organization of this Webinar. Furthermore, the Vice Rector said that the development of information and communication technology has had a wide impact in various fields, this has an impact on the rapidly changing world in the era of globalization. In the past, globalization was characterized by free trade in goods and services. Today the connectedness of people from all corners of the world is not only manifested in the international movement of goods and services but also through the movement of free-flowing ideas in various fields with advances in information technology linked through the Internet.

"The traffic of ideas through the Internet also has an impact on public diplomacy as an effort from a country to show a good impression in front of the public from other countries. Therefore, diplomacy can be carried out in various ways including through the internet so that it develops into digital diplomacy," said the Vice Rector for Planning, Cooperation and Information of Udayana University. 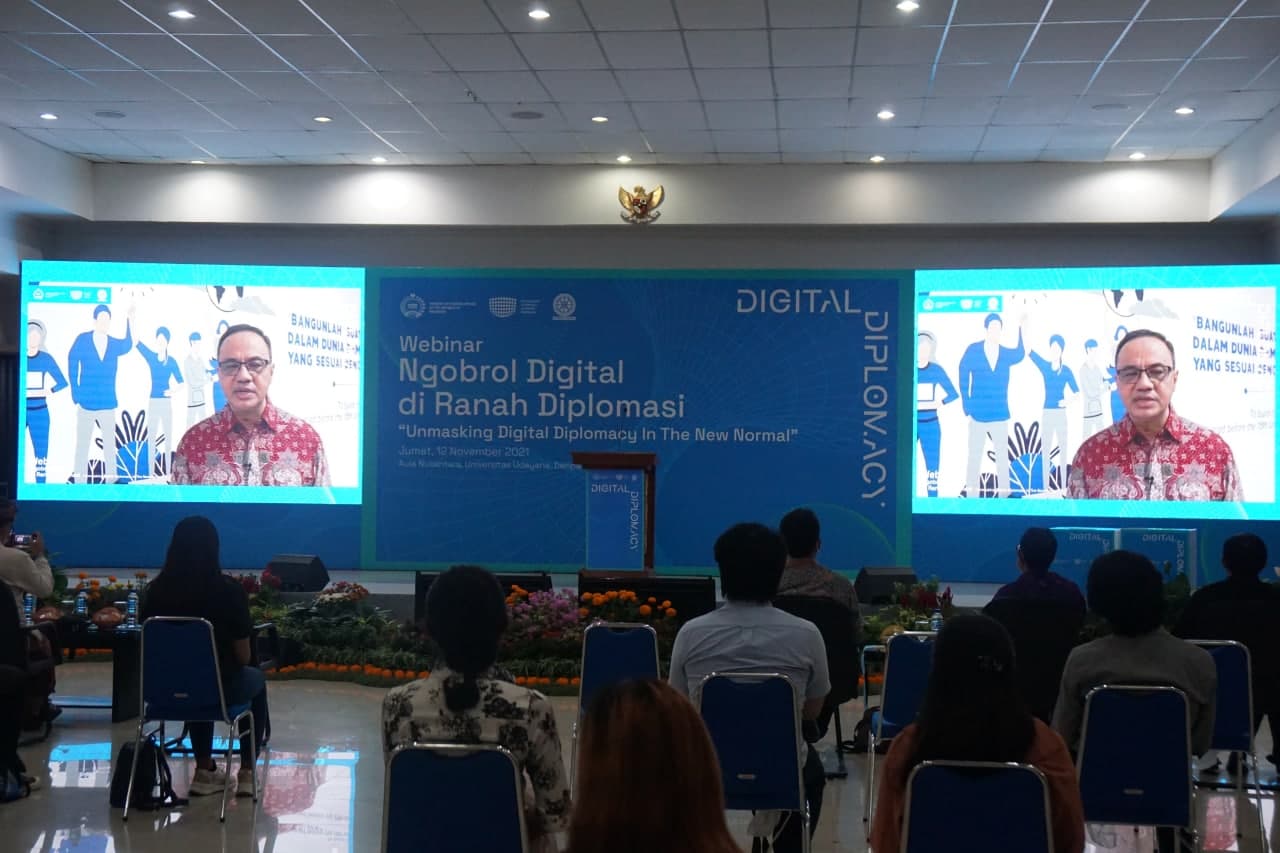 Director General of Information and Public Diplomacy Dr. Teuku Faizasyah, M.IS. in his speech said that young people showed excellence in adapting to digital transformation 4.0. and become a major force in social media. "Through various social media platforms such as Facebook, Twitter, Instagram, Tiktok, Snapchat, youth around the world share their thoughts and ideas. They are also developing many digital initiatives to help navigate the global pandemic and revolution 4.0," said the Director General of Information and Public Diplomacy. 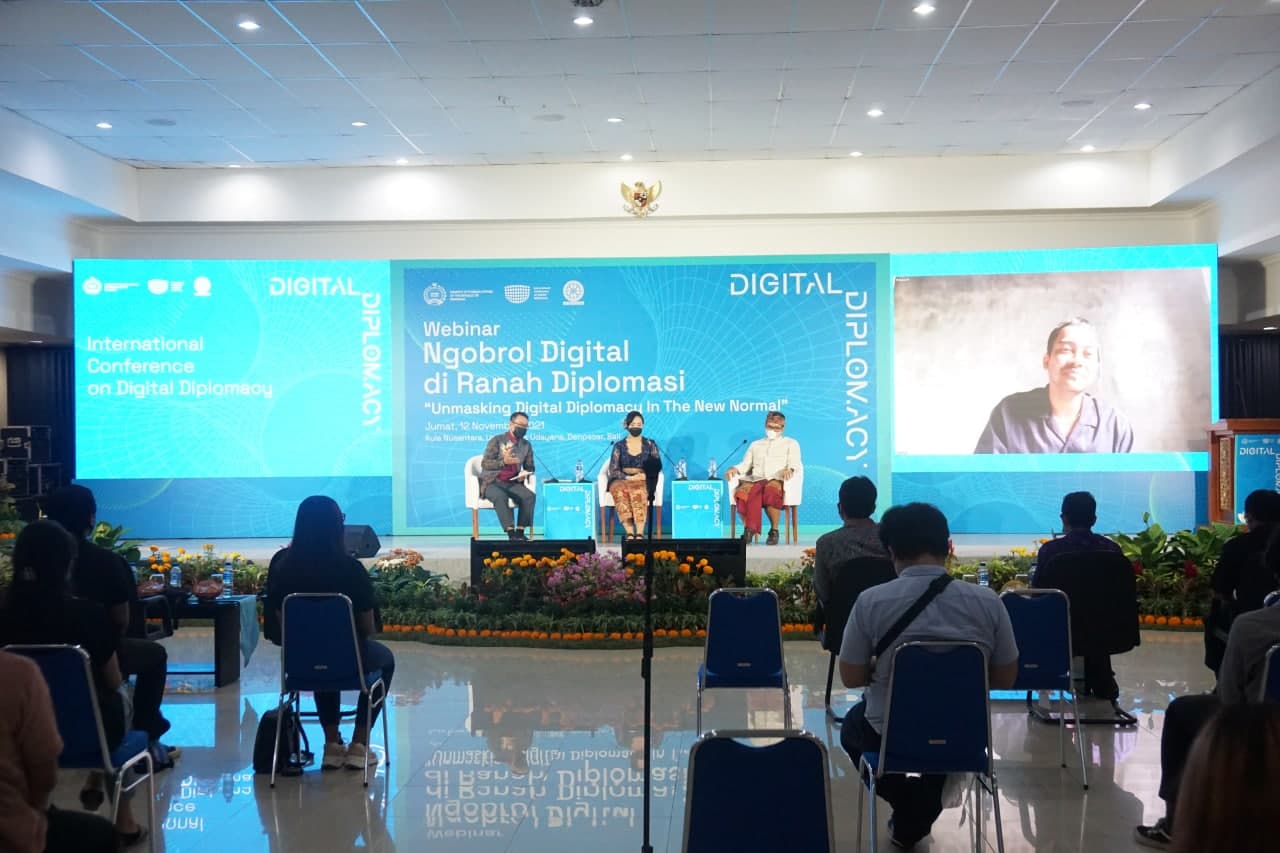 This webinar presented four speakers including Yusron B. Ambary as Director of Public Diplomacy, Plt. Director of Information and Media, Ministry of Foreign Affairs. The second resource person was Putri Tanjung as a special staff of the President of the Republic of Indonesia and the Initiator of the Indonesian Digital Home. The third resource person is Gamaliel K. Tapiheru who is a musician, and the fourth resource person is Ni Nyoman Clara Listya Dewi who is an Alumnus of Udayana University as well as an Activist of Cultural Digitization.