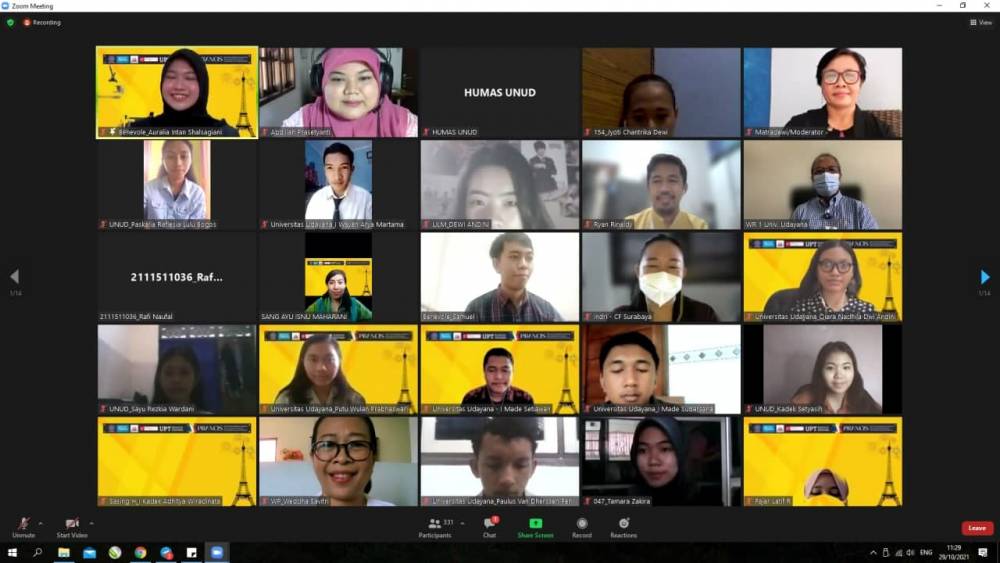 UPT Language Udayana University through the French Warung Udayana University held a French Webinar 101 online through the Zoom Meeting application, Friday (29/10/2021). This webinar presented two speakers, namely Indri Novita Sari from the Indonesian Francai Institute with the material "Studies and Scholarships in France" and Abdillah Prasetyanti from the Alliance Francais Bali with the material "The Advantages and Challenges of Learning French in a Time of Pandemic" moderated by Dr. Ni Ketut Widhiarcani Matradewi, S.S., M.Hum. as a Lecturer of English Literature at Udayana University. 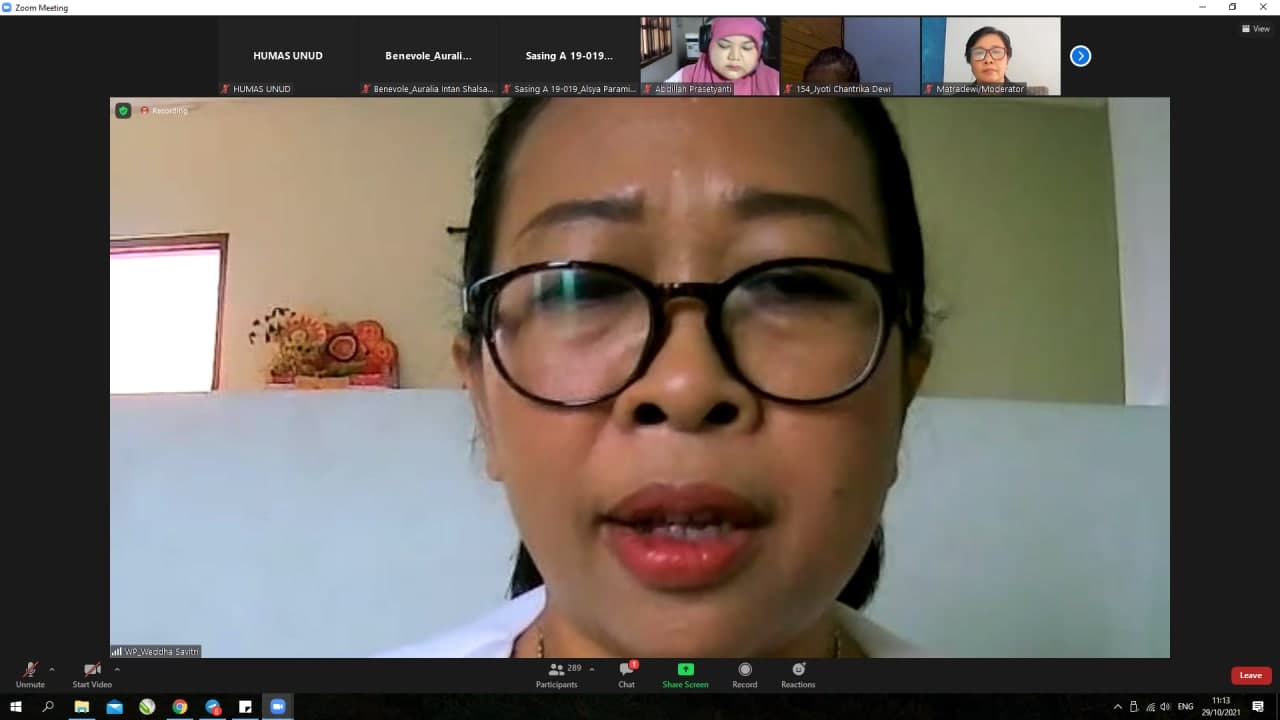 The person in charge of the French Warung Unud Putu Weddha Savitri, S.S., M.Hum. in his report said that the French Webinar 101 was part of the Udayana Language Center Forum organized by Warung France (WP) Udayana University. Warung French Unud is the embodiment of the collaboration between Unud and the Indonesian Institute of Francais as part of the French Embassy for Indonesia which handles educational cooperation with universities in Indonesia. WP Unud was inaugurated on October 30, 2014 and it can be said that this activity is one of a series of WP Unud's 7th Anniversary. The purpose of establishing WP Unud is as an information center about studying in France and also introducing French culture and language at Unud and Bali. 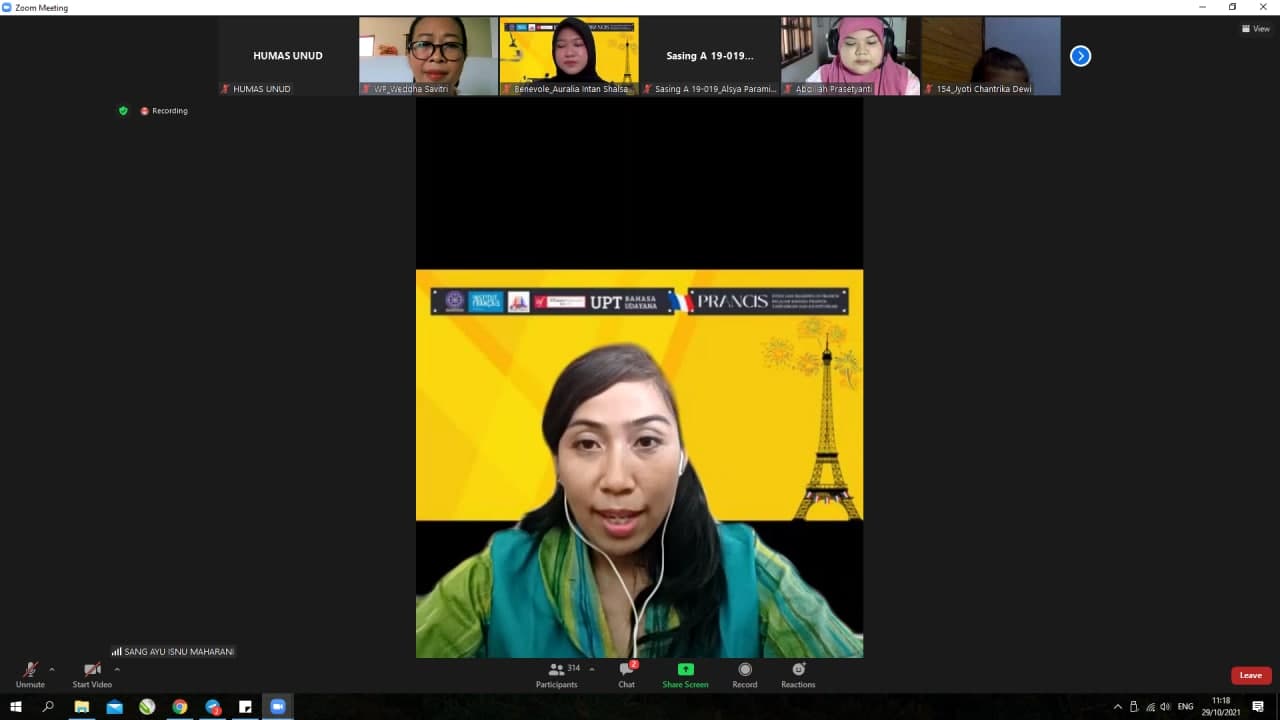 Sang Ayu Isnu Maharani, S.S., M.Hum. as the Head of UPT Language Udayana University in his speech said that the French Warung Unud which is one part and program of the UPT Language Unud at a relatively young age is expected to be able to grow and become more grounded in language and cultural programs related to France. As is known in this Global Era mastery of foreign languages ​​other than English is a necessity, therefore Unud through UPT Bahasa as a Language Center tries to provide linguistic services, not only English but also other foreign languages. Of course, UPT Language Unud still adheres to the pillars of Regional Language as the mother tongue and Indonesian as the national language. 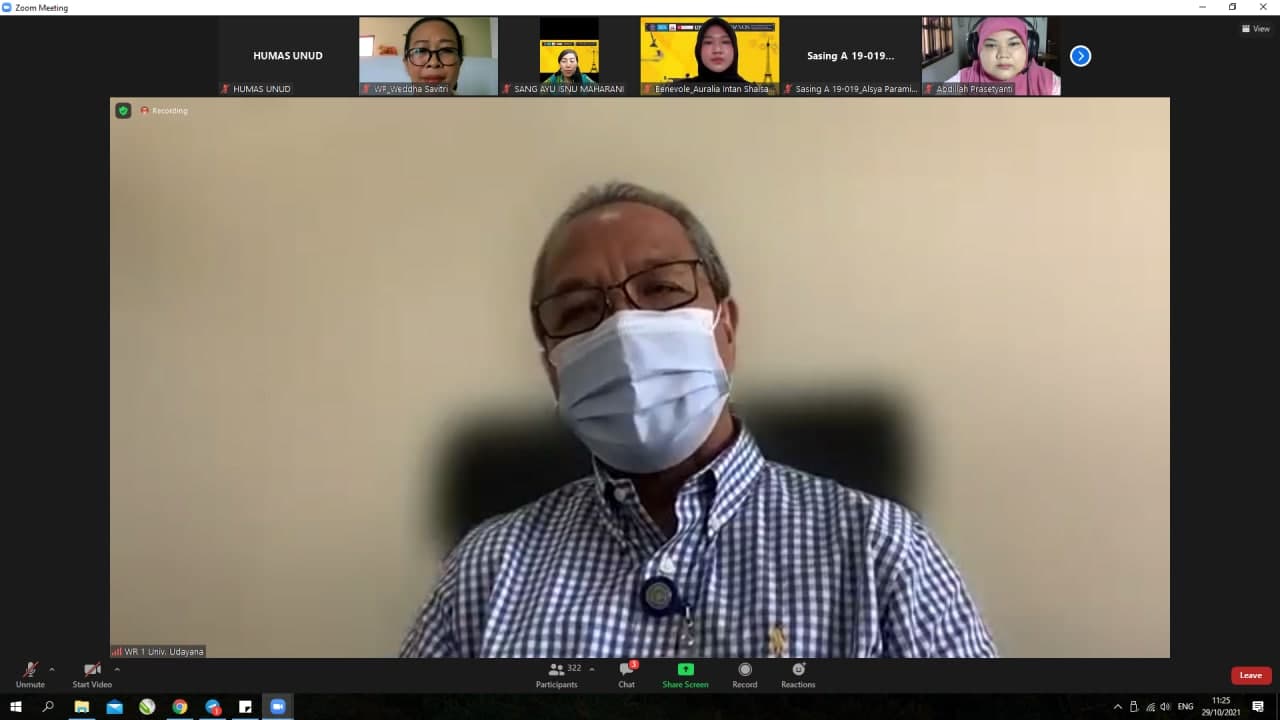 Vice Rector for Academic Affairs Prof. I Gede Rai Maya Temaja on this occasion really welcomed the initiative of the French Webinar 101 activity because of course this activity was full of positive goals that were beneficial for the Udayana University Institution and development for students. Udayana University wants to create a World Class University where the academic and non-academic atmosphere at Udayana University can be aligned with other well-known universities abroad and can also attract outsiders to study at Udayana University. Of course, to realize this goal, it is necessary to have the ability to speak foreign languages, not only English, which will be an important requirement for the entire Udayana University Academic Community.