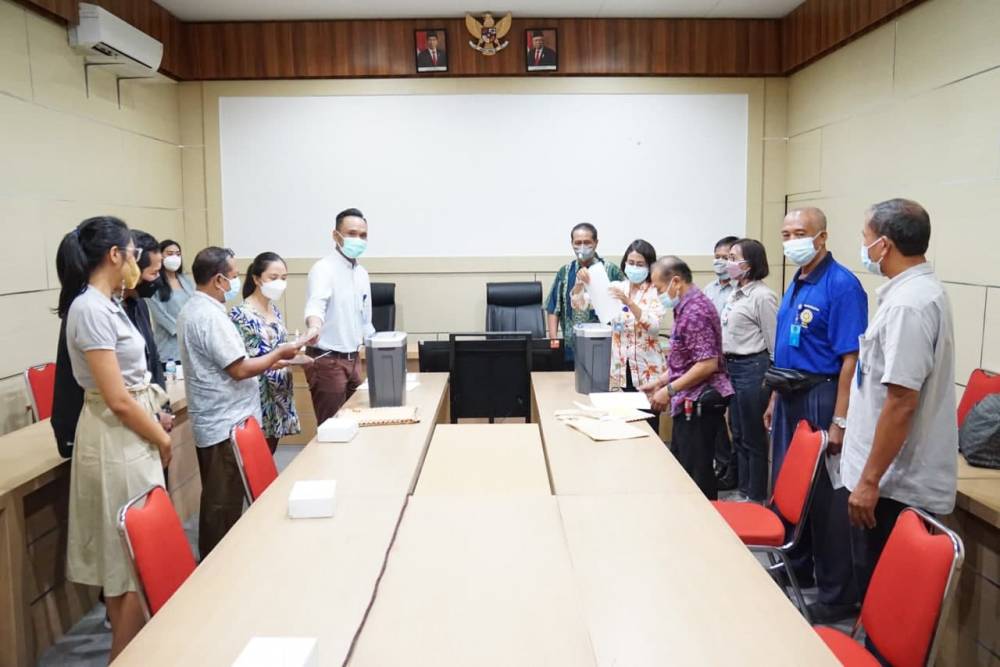 The General Bureau of Udayana University through the TU, RT, and HTL Sections, carried out the Destruction of Inactive Archives which took place offline from the Nusa Room, Lt. IV Bukit Jimbaran Campus Rectorate Building, and also online through the Webex Meeting, Friday (24/9/2021).

Present at this archive destruction event were the Head of the General Bureau, Representatives from SPI, Coordinators of TU, ​​RT, and HTL, Sub Coordinators and Archives Team at Udayana University. 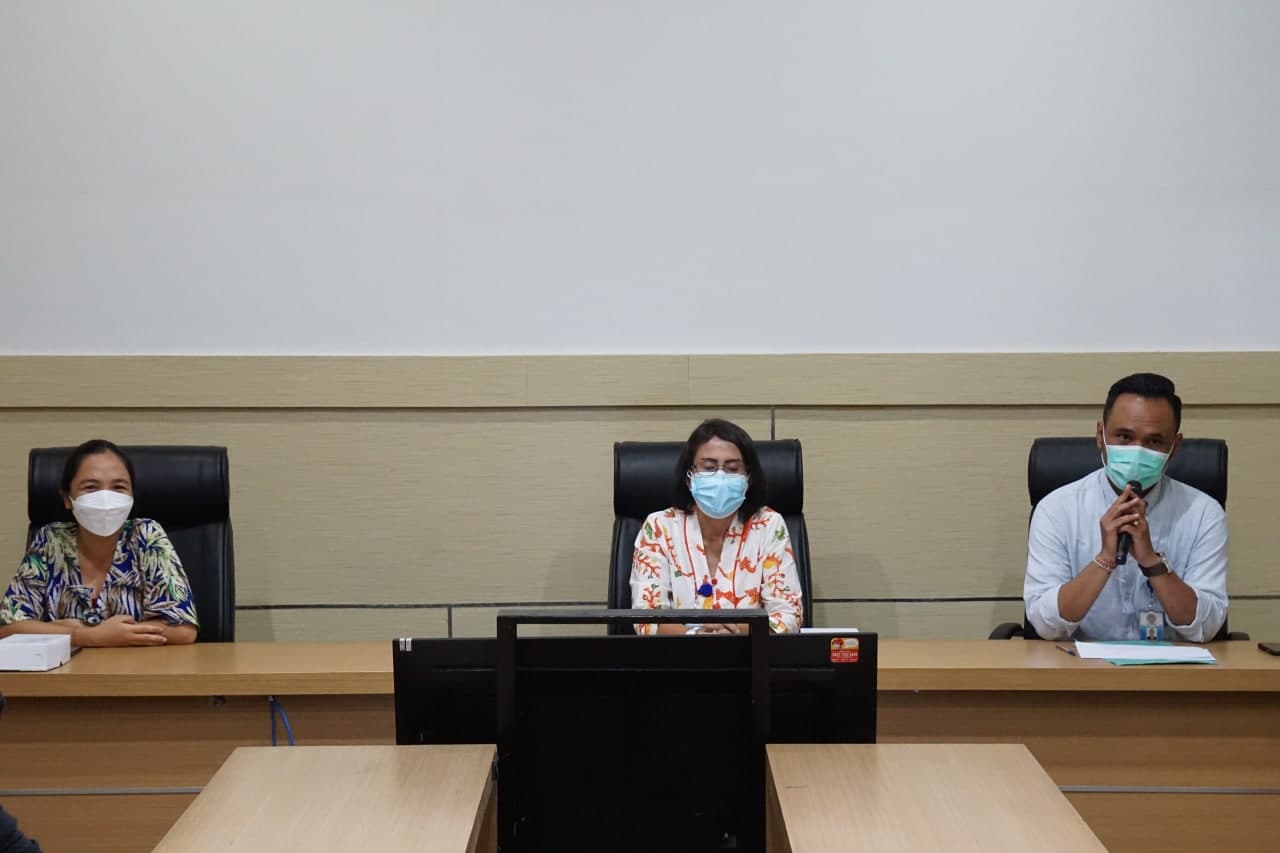 Coordinator of TU, ​​RT, and HTL I Wayan Gayun Widharma, SE., M.Sc., in his report said that the destruction of this archive is a series of activities that have been running from year to year, and is a cycle of the archive itself, where there is creation, utilization , maintenance and disposal. The purpose of destroying archives is so that the management of documents in the form of hard copies can run effectively and efficiently, so that there is no accumulation of documents that are no longer needed in a work unit. 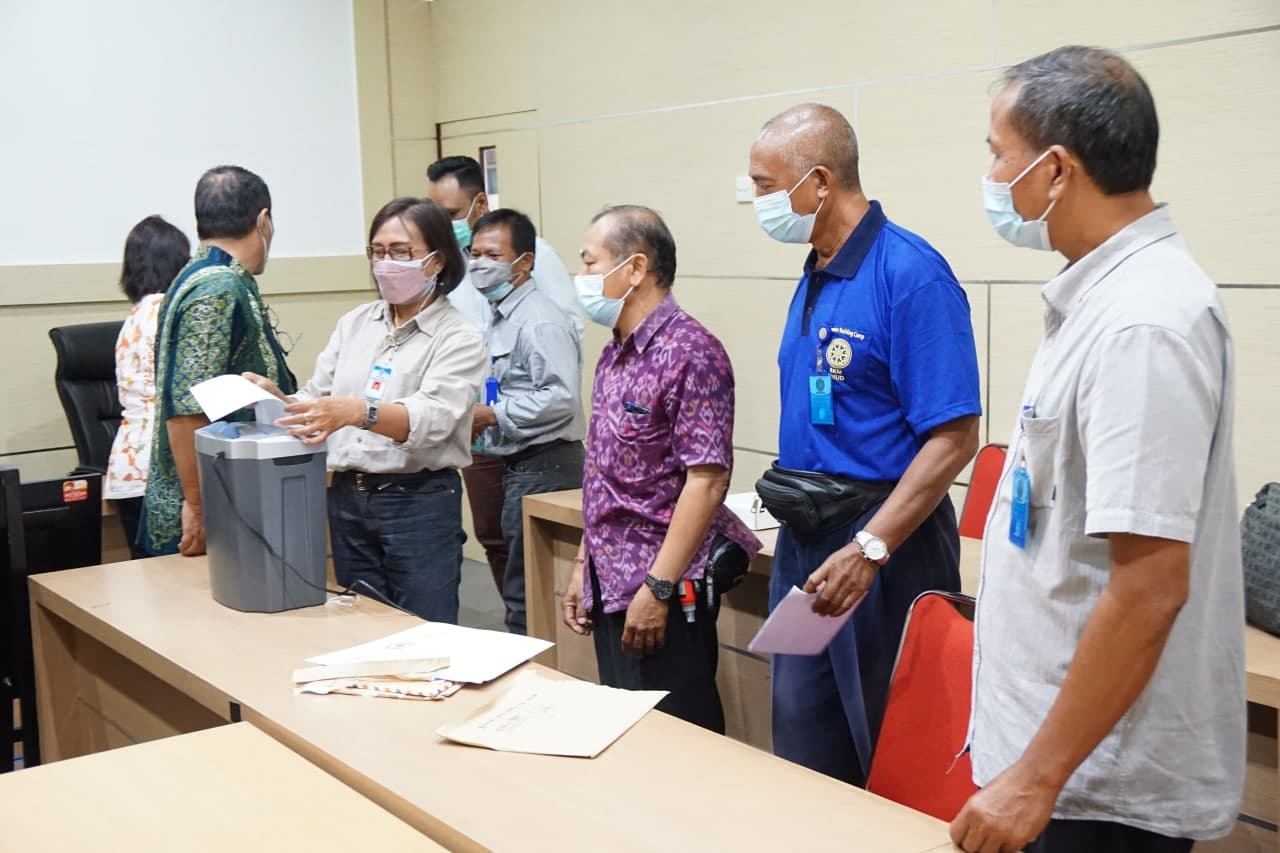 Meanwhile, the Head of the General Bureau, Ni Made Pertami Susilawati SE., MM conveyed that all staff in the unit or faculty who had switched functions as archivists were expected to actively contribute in completing the archives in their respective units, so that the output would have an impact on the fulfillment of SKP.

The Head of the Bureau also gave his appreciation to the archivists at the Rectorate who have provided services for faculty/postgraduate archivists in fixing the archives in their respective work units.