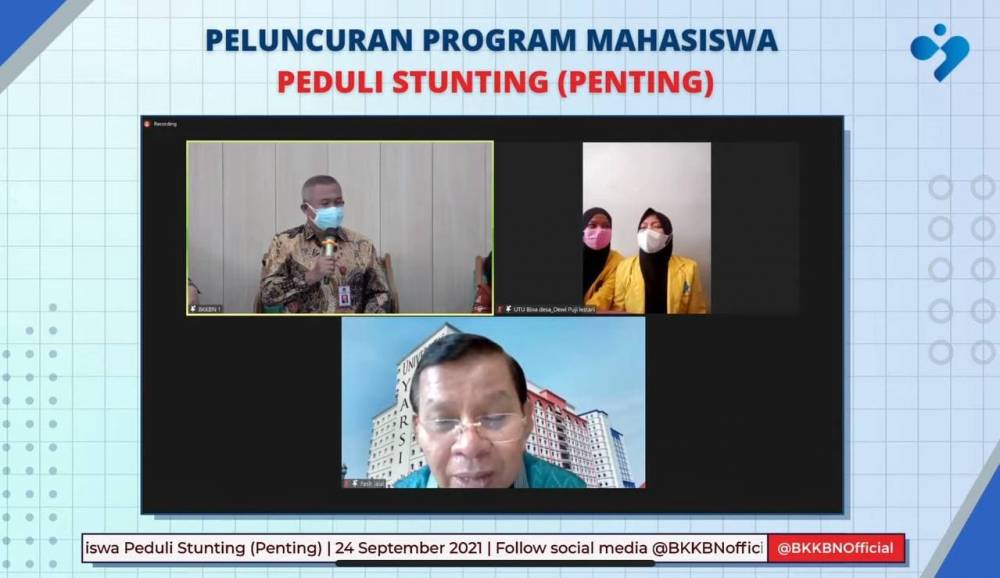 The BKKBN of the Republic of Indonesia launched the Student Care Stunting Program (IMPORTANT) offline from Muhammadiyah University, online via Zoom Meeting, and through the BKKBN's official Youtube channel, Friday (24/09/2021). 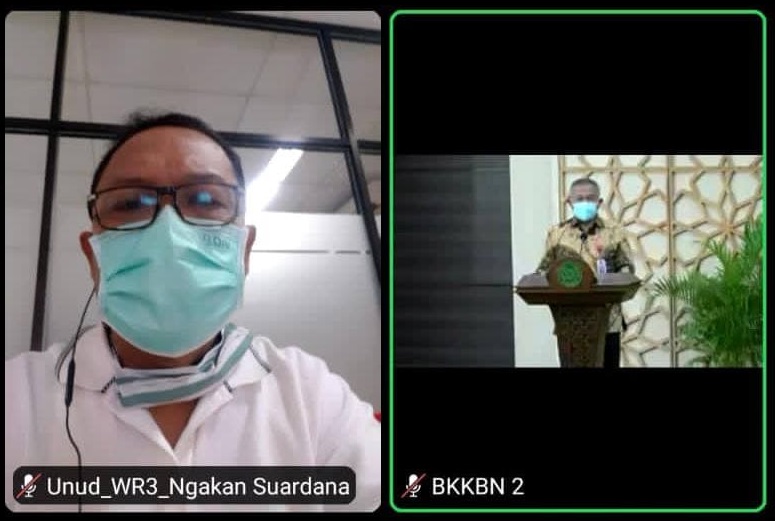 The launch of the Student Care Stunting Program (PENTING) was attended by the Coordinating Minister for Human Development and Culture, the Head of the BKKBN RI, the Governor of the Special Region of Yogyakarta, the Chancellor of the University of Muhammadiyah Yogyakarta, High-Madya Pratama Officials of related Ministries and Institutions. Also attending online was the Chancellor of Udayana University, which was represented by the Vice Rector for Student Affairs, Prof. Ir. Ngakan Putu Gede Suardana, M.T., Ph.D., IPU. 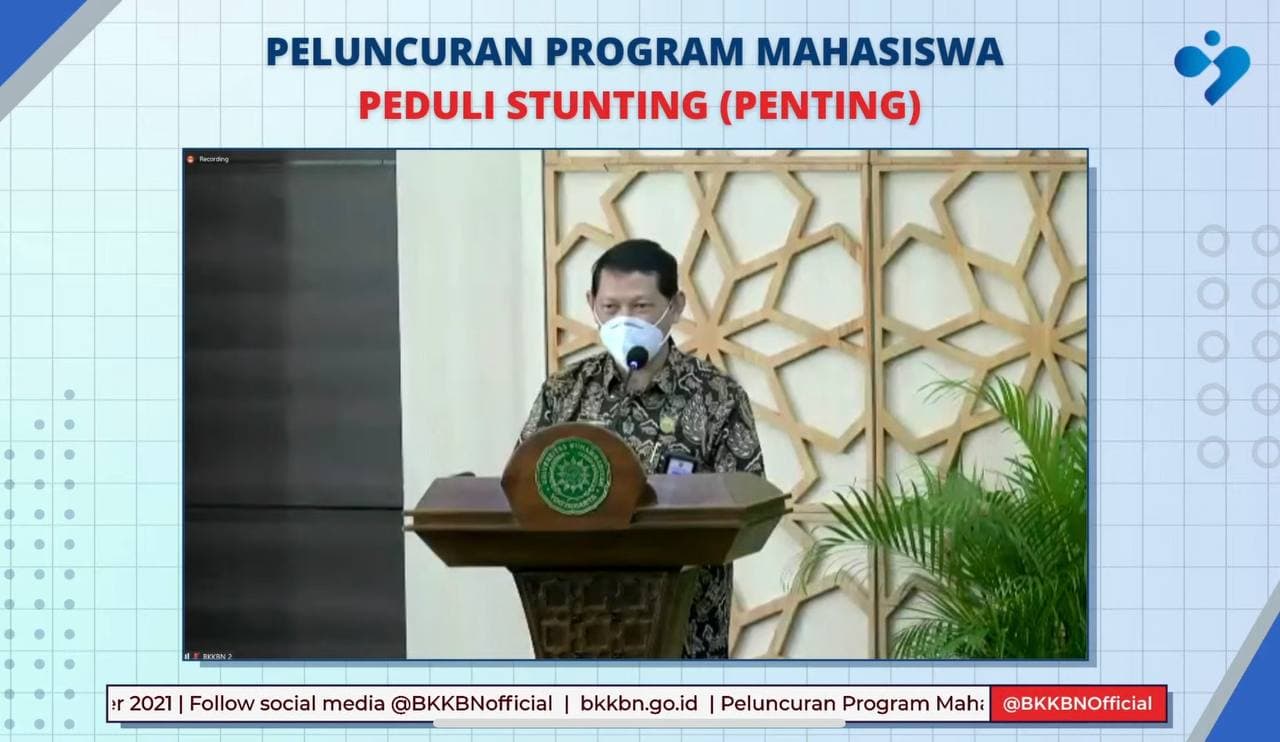 The Launching of the Stunting Concerned Student Program (PENTING) began with a speech from the Governor of the Special Region of Yogyakarta, represented by the Assistant Regional Secretary for Community Resource Empowerment, Ir. Aris Riyanta, M.Si. In his speech, he stated that the people of the Special Region of Yogyakarta really appreciate and support the stunting care student program in an effort to assist at-risk families, prospective brides, pregnant women, and breastfeeding mothers must receive stunting education from an early age. It is hoped that stunting prevention can start from the family level, the mechanism of Real Work Lectures (KKN), and the Merdeka Campus which is expected to help government programs in educating the public about the risk of stunting, so that the national stunting reduction target of 14% in 2024 can be achieved. 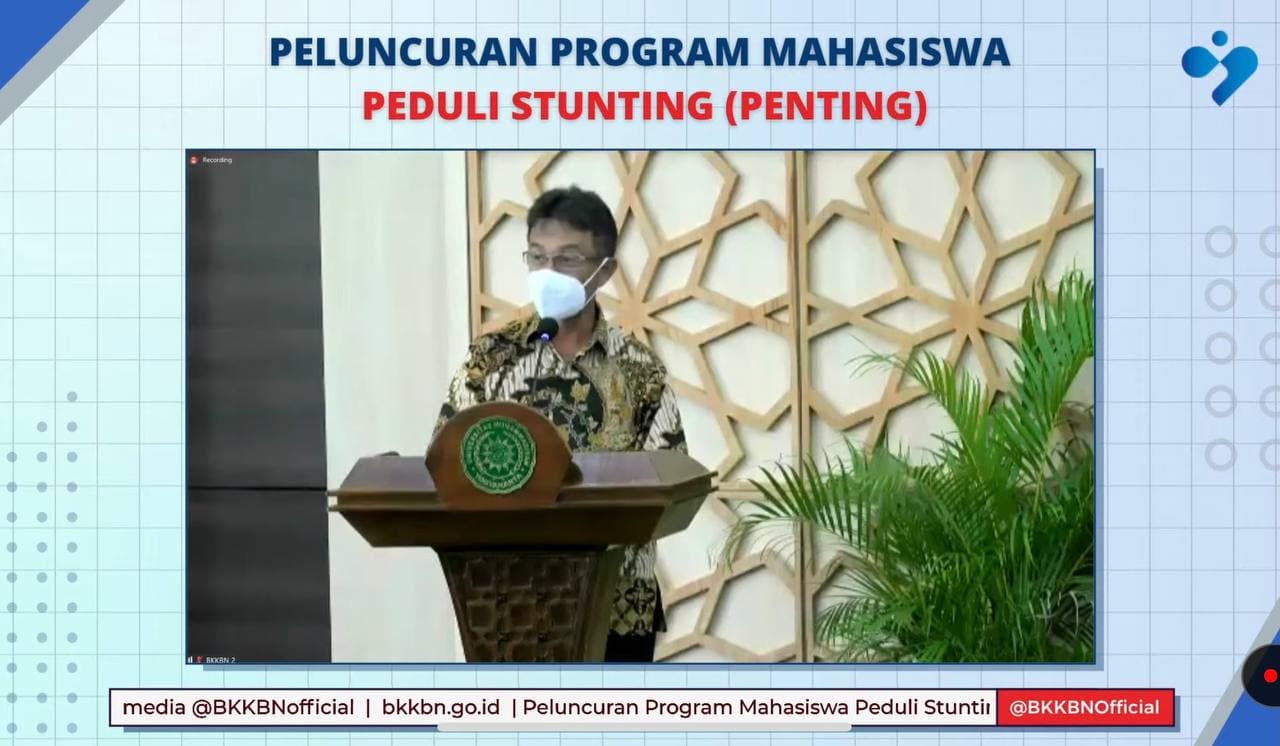 On this occasion the Minister of Education, Culture, Research and Technology represented by the Director General of Belmawa, Ministry of Education and Culture, Research and Technology Prof. Aris Junaidi provided support from the Ministry of Education and Culture and said that the role of universities in realizing stunting handling with a family approach in each region could move universities to carry out several plans such as: implementation of interprofessional education to encourage collaboration between students and lecturers in the health sector with special modules for stunting handling, implementation of collaborative research based on results of periodic evaluation of stunting reduction efforts which can be a recommendation for the government and all stakeholders, strengthening evidence on strategies for changing healthy living behavior in areas near campuses associated with efforts to reduce stunting rates.

More details about this event can be accessed on the official BKKBN Youtube channel https://youtu.be/RRtmEvMRFy0