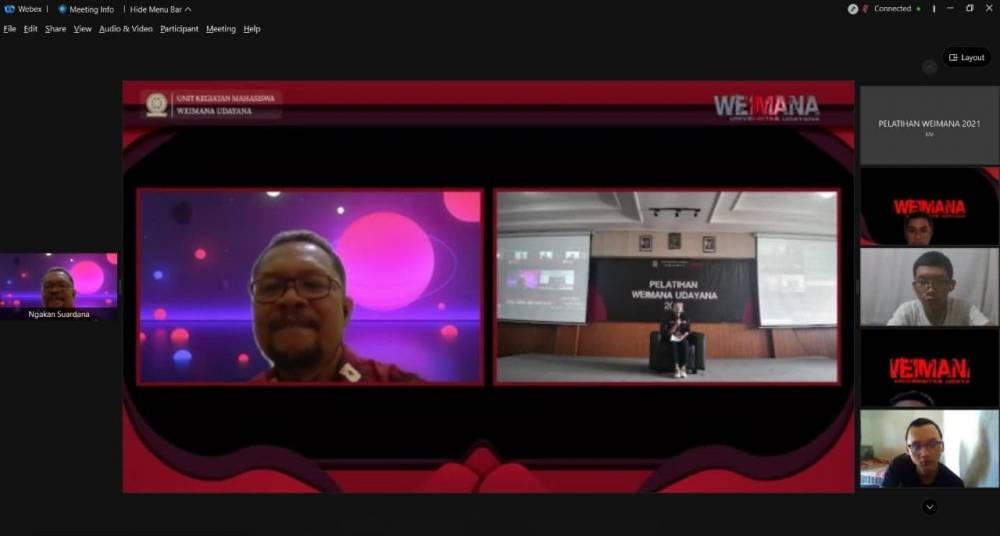 Sunday (19/9/2021), at the Wiswakarma Hall, Faculty of Engineering, Udayana University, Sudirman Campus, Denpasar. In this Weimana Training Webinar, we discuss a brief history of the formation of the Weimana Udayana UKM and what will be done when you join the Weimana Udayana UKM. The event was attended by two speakers, namely Prof. Ir. Ngakan Putu Gede Suardana, MT, Ph.D., IPU as the first Weimana coach and co-founder of 2012 with HMM and a team led by I Putu Agus Saskara Yoga who is also the Chair of the Machine Student Association for the 2012/2013 period and Faris Fauzi Anas as the Chair of Weimana Udayana 2019/2020, where when he served, Weimana Udayana was still a study group within the Faculty of Engineering, Udayana University. 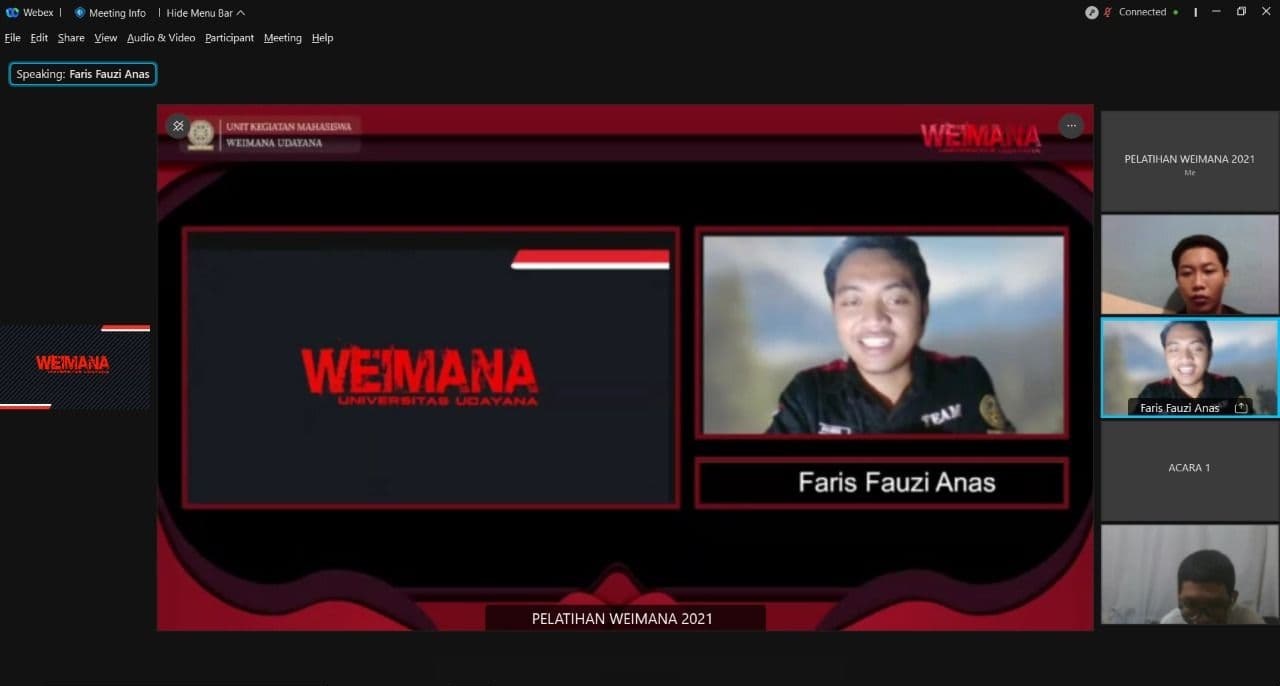