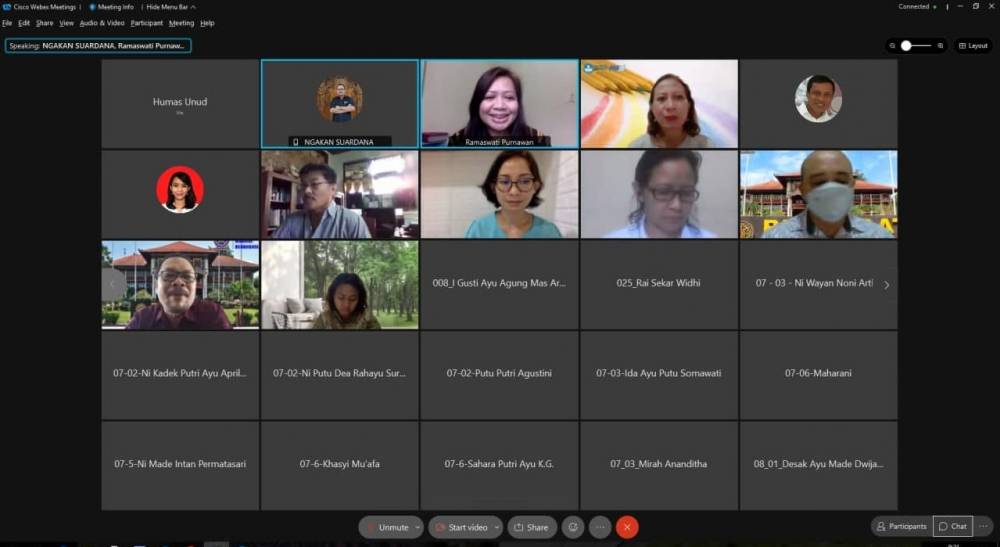 The Internal Monitoring and Evaluation of the Student Creativity Program (PKM) of Udayana University took place online, Friday (3/9/2021). This activity was attended by the Vice Rector for Student Affairs, Deputy Dean III, Chair and Secretary of USCC, the Internal Reviewer Team and BKM as well as students implementing the PKM program who passed the funding. This internal monitoring and evaluation is part of the preparation for PKP 2 which will begin this September. From about 500 titles submitted, there are 92 proposal titles that pass the funding. 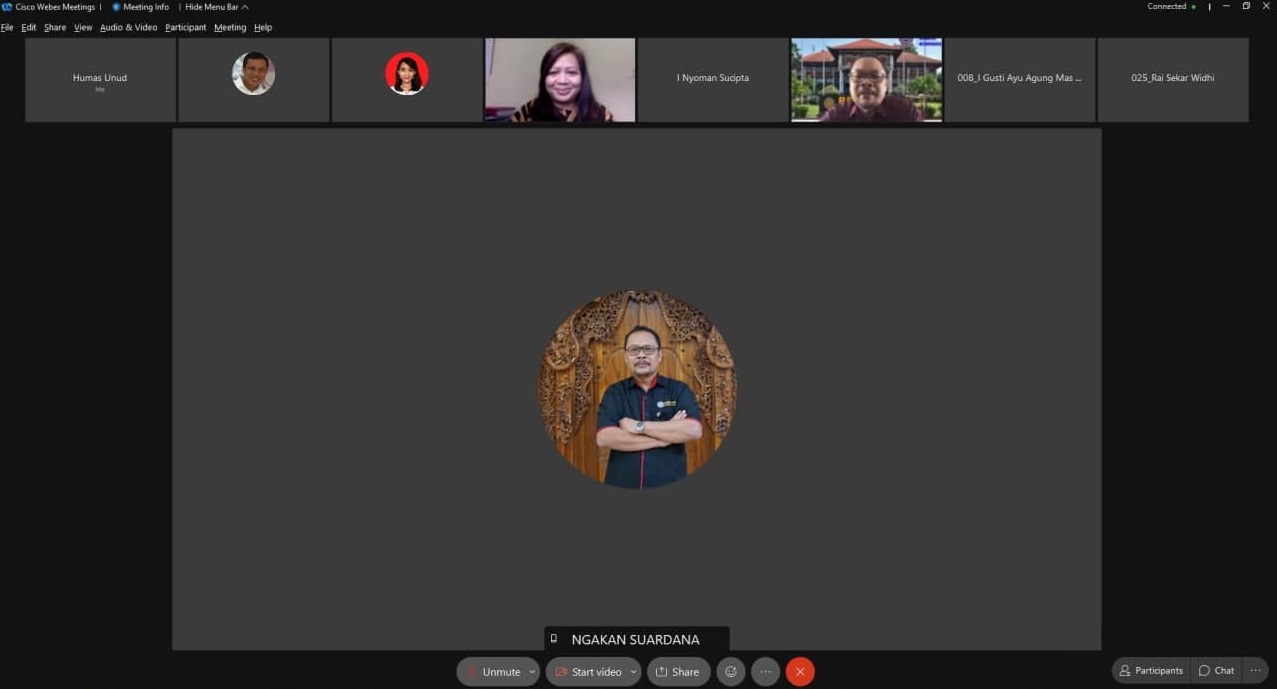 Monev was opened by the Vice Rector for Student Affairs, Prof. Ngakan Putu Gede Suardana, who in his direction said that the implementation of this online review was expected not to reduce its meaning. PKM is a Belmawa program, of course we know that it focuses on student creativity which is focused on mastering science and technology. PKM is intended to improve the quality of students. Next year should be encouraged so that the number of those who pass increase and also those who qualify for PIMNAS and achieve achievements.

The Vice Chancellor hopes to be able to enter the top 10 in PIMNAS. For this reason, participants are asked to be serious about participating in this monev which is a provision in participating in external monev. Reviewers to be able to guide more intensively in order to be able to qualify for PIMNAS. Incentives will be given to supervisors and students who excel and the amount will be increased from the previous year. The Vice Chancellor also gave his appreciation to USCC and reviewers who have escorted and guided PKM students.