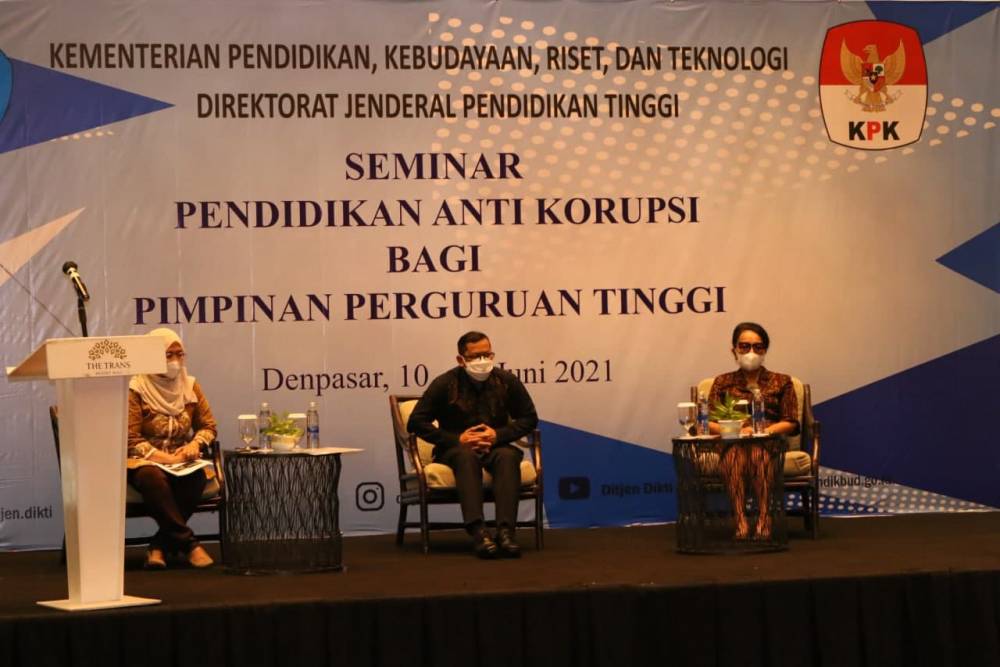 The Directorate General of Higher Education of the Ministry of Education, Culture, Research and Technology in collaboration with the KPK held an Anti-Corruption Education Seminar for Higher Education Leaders at The Trans Resort Bali, Friday (11/6/2021). 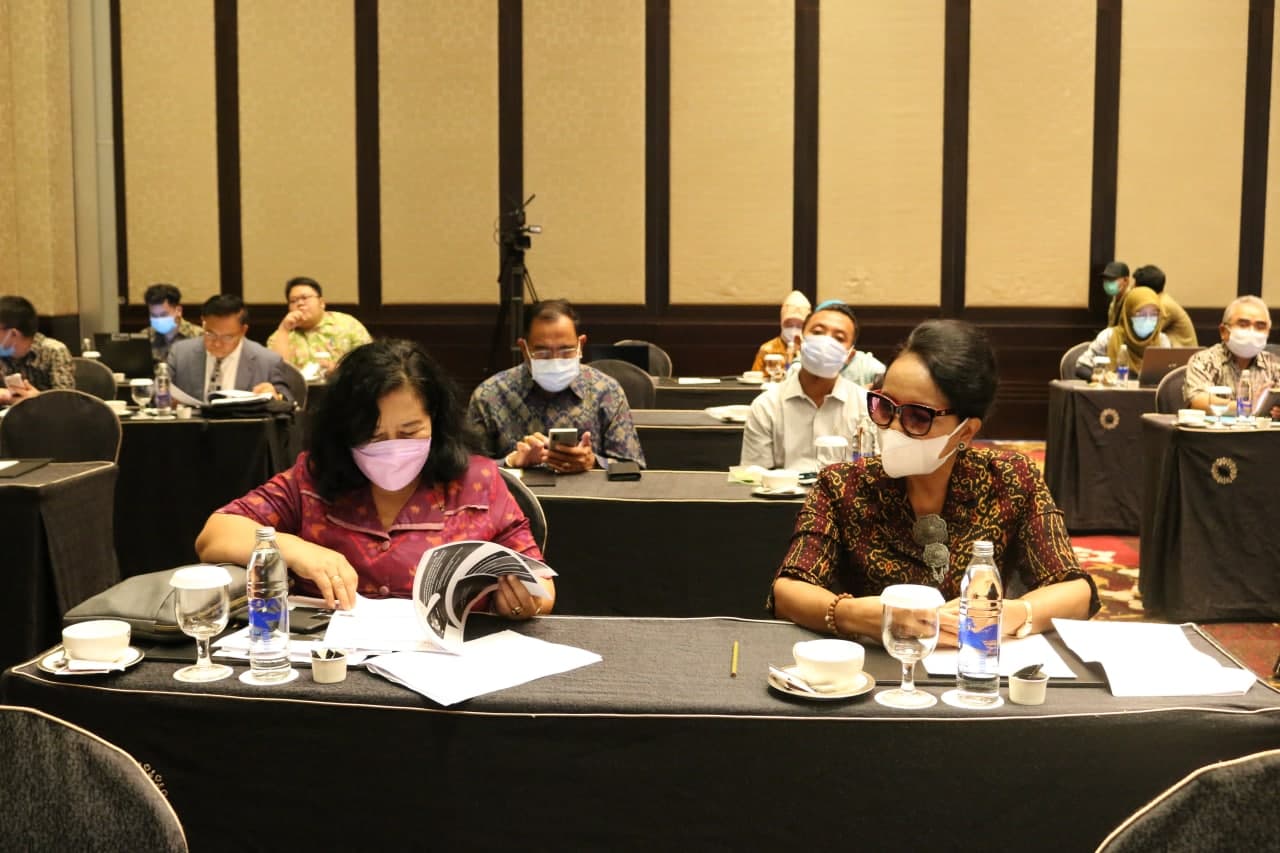 The seminar which took place offline and online through the Zoom application was opened by the Director General of Higher Education Prof. Ir. Nizam and attended by Higher Education Leaders along with Commitment Making Officers (PPK). This seminar was held in the context of disseminating Anti-Corruption Education policies in universities, increasing understanding of anti-corruption values ​​and preventing corrupt behavior in universities. 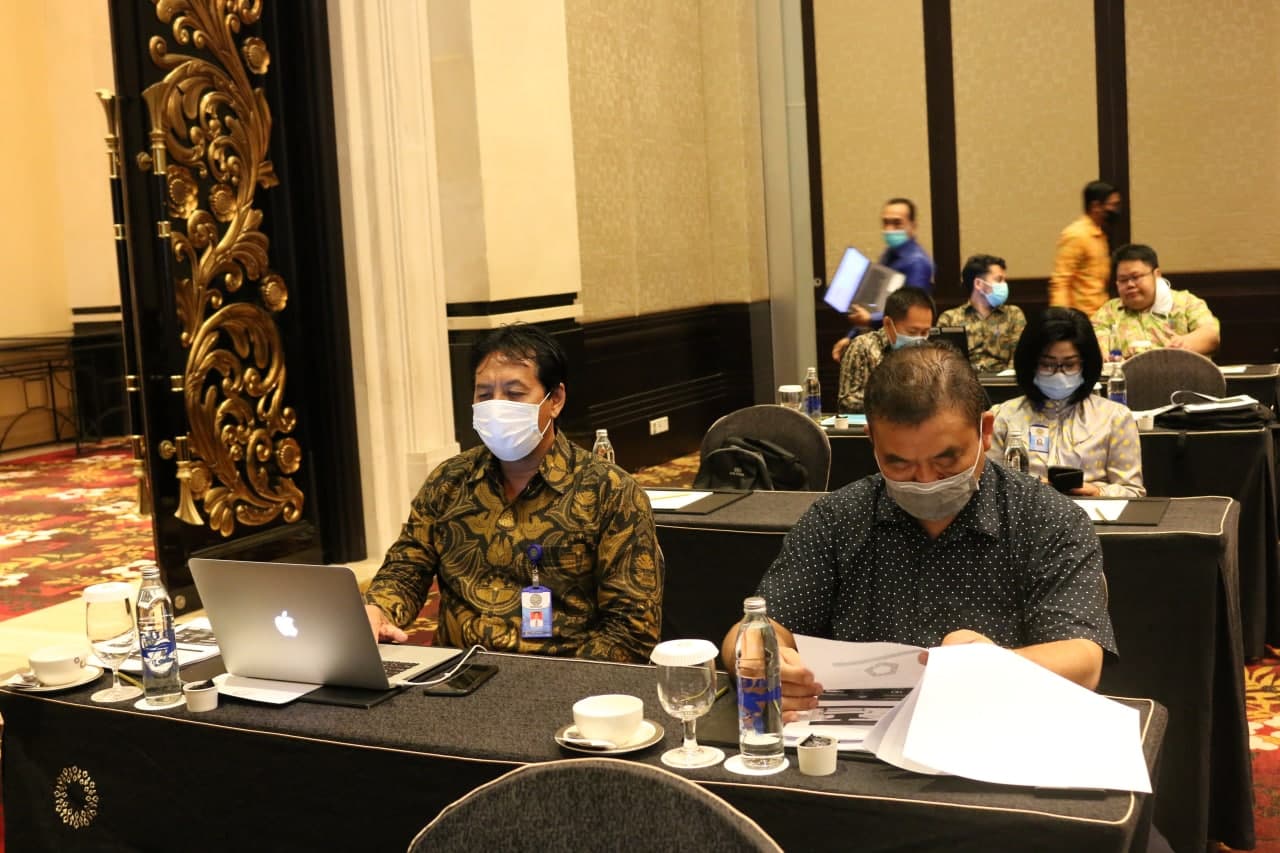 Rector of Unud Prof. A.A Raka Sudewi, Vice Rector for Academic Affairs, Construction PPK and Non-Construction PPK Udayana University also attended the seminar. The speakers at the seminar were the Deputy for Education and Community Participation of the KPK Wawan Wardiana, Director of the KPK Education Network Aida Ratna Zulaiha, the PAK KPK Insertion Task Force, the Coordinator of the MK PAK ITB and the MKDU Coordinator of Unnes, the KPK Education Governance Task Force, and the Chair of the Unair Working Group for Conflict of Interest Control. 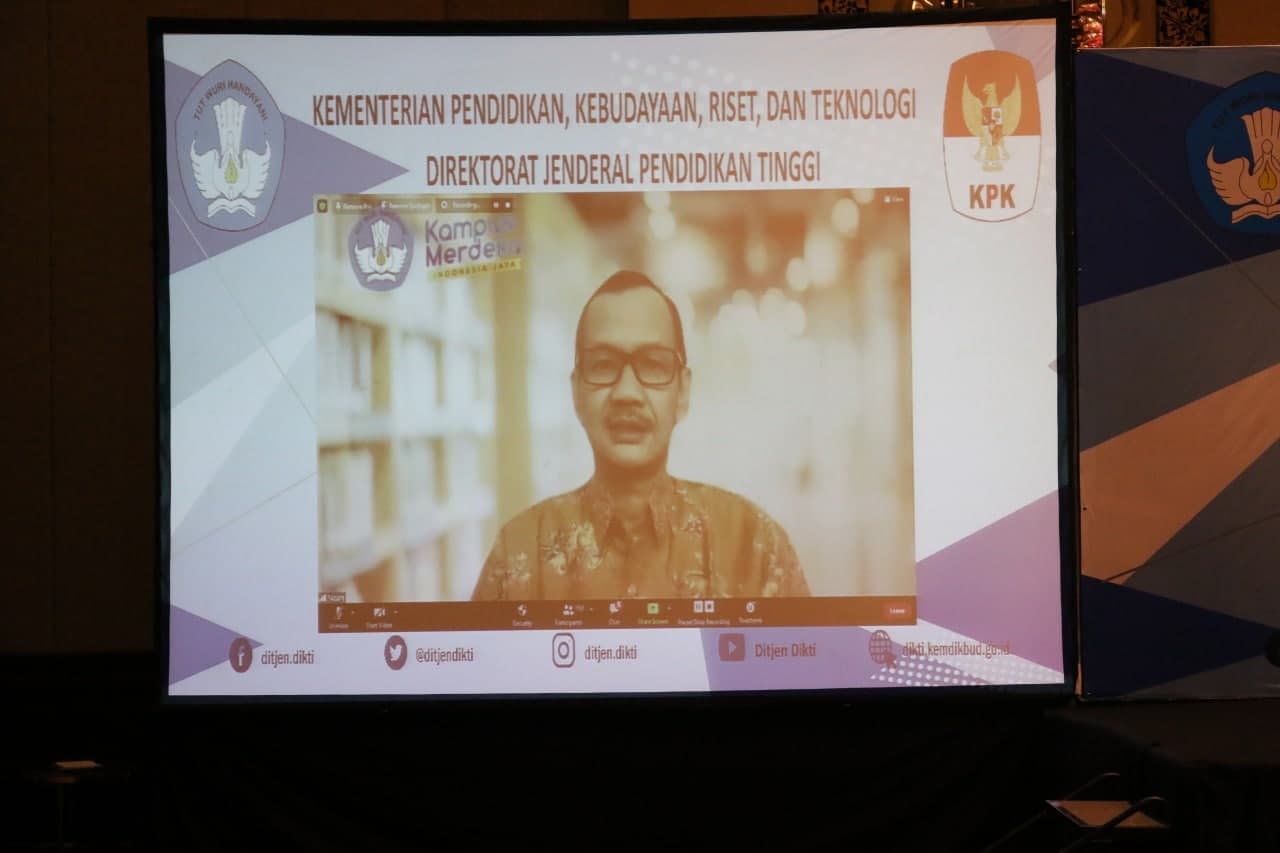 Director General of Higher Education Prof. Ir. Nizam in his speech said that this seminar is in order to promote an anti-corruption culture in the higher education environment considering that universities are a place to prepare future leaders, so anti-corruption education is needed to produce leaders who are free from corrupt attitudes. The Director General of Higher Education appreciates universities that have developed this program with the KPK and hopes that it can become a compulsory subject in the university curriculum. Anti-corruption education is very much in line with the values ​​of Pancasila, Religion and Citizenship. This anti-corruption education should be made into a millennial mode of learning that can shape attitudes and behavior with a science thinking approach. The Director General also hopes that more universities can enter the zone of corruption-free territorial integrity, where to make it happen it is not just a discourse but in governance and building attitudes and behavior.