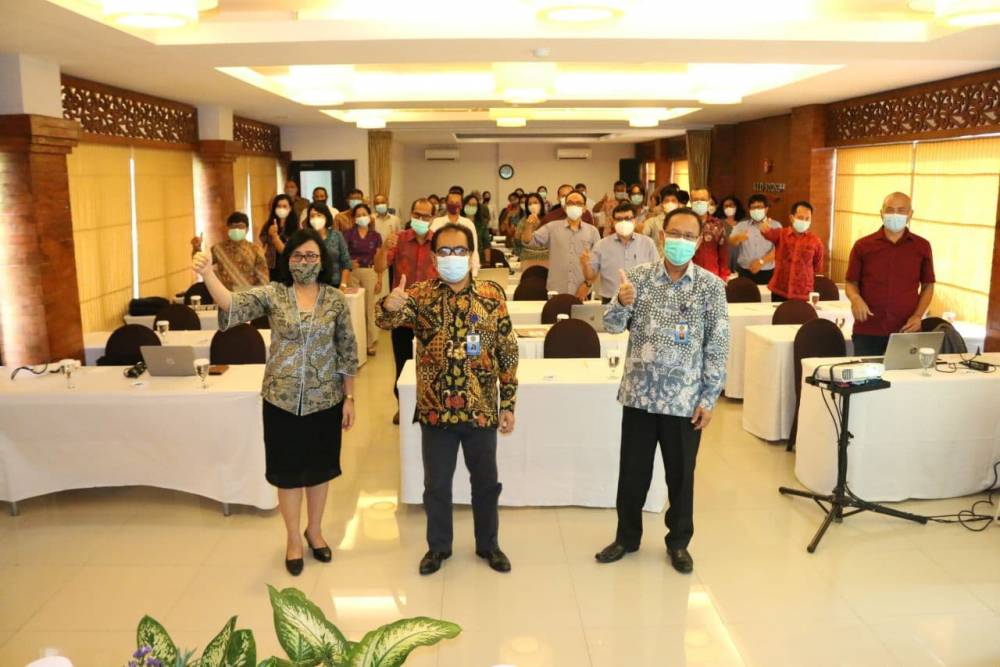 The Business Management Agency (BPU) of Udayana University held a Workshop on "Development of Potential Work Units to Become Business Units" at the Grand Mirah Hotel Denpasar, Friday (28/5/2021). The event was opened by the Vice Rector for General Affairs and Finance and was attended by Plt. Head of BPKU, Director and Secretary of BPU as well as managers of business units in the Unud environment. 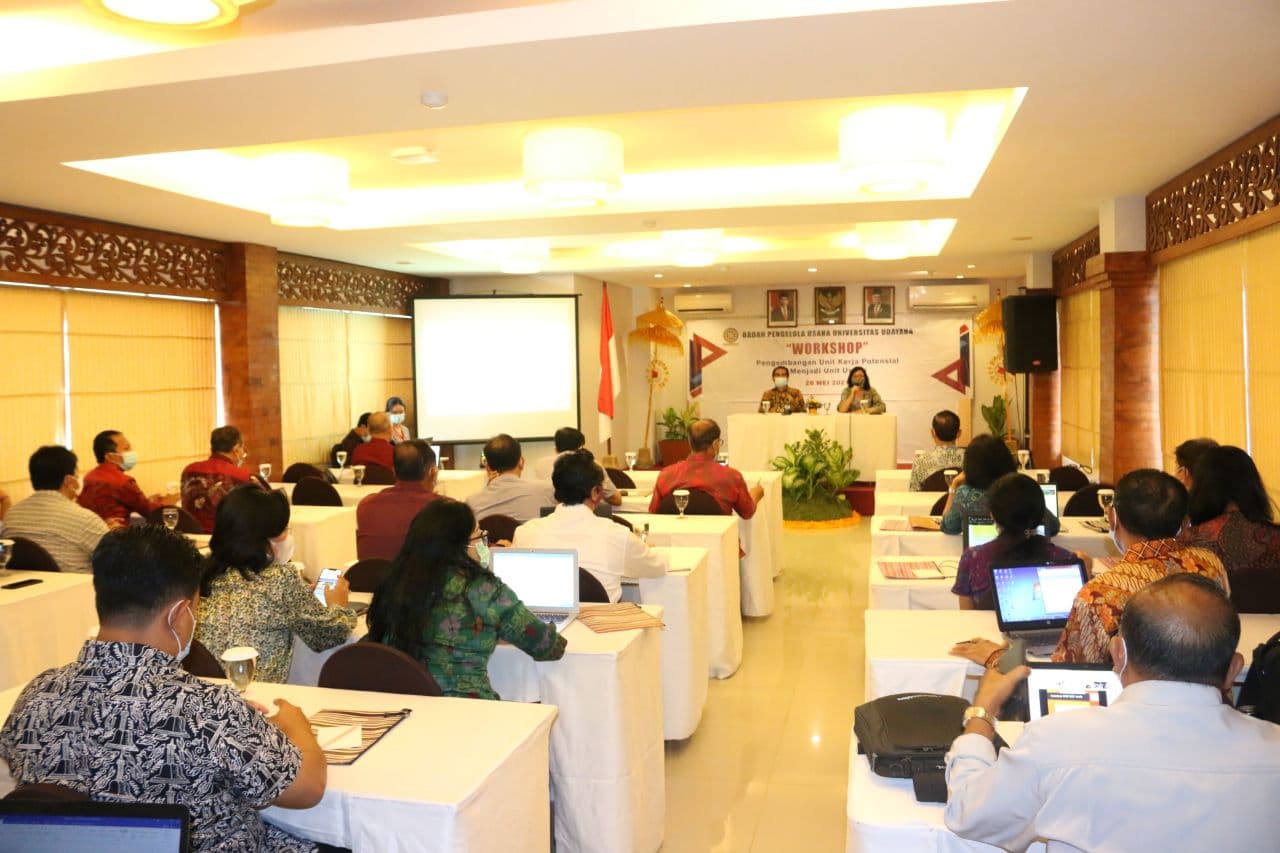 Director of BPU Unud Sayu Ketut Sutrisna Dewi in her report said that at the end of 2020 at Udayana University there were around 84 business units and gave her appreciation for the support of university leaders and the enthusiasm of the faculty to form a business unit. In the future, it is hoped that it can run in balance with academic activities, considering that as the Udayana University Public Service Agency it is required to be able to generate outside acceptance of academic services through the use of assets owned in providing services to the general public.

This workshop was attended by approximately 60 participants who were managers of business units at the head office and faculty. The Director of BPU hopes that this activity will provide new insights for participants in exploring various business potentials. In the future, there will be an agenda for further business training in the field of management. 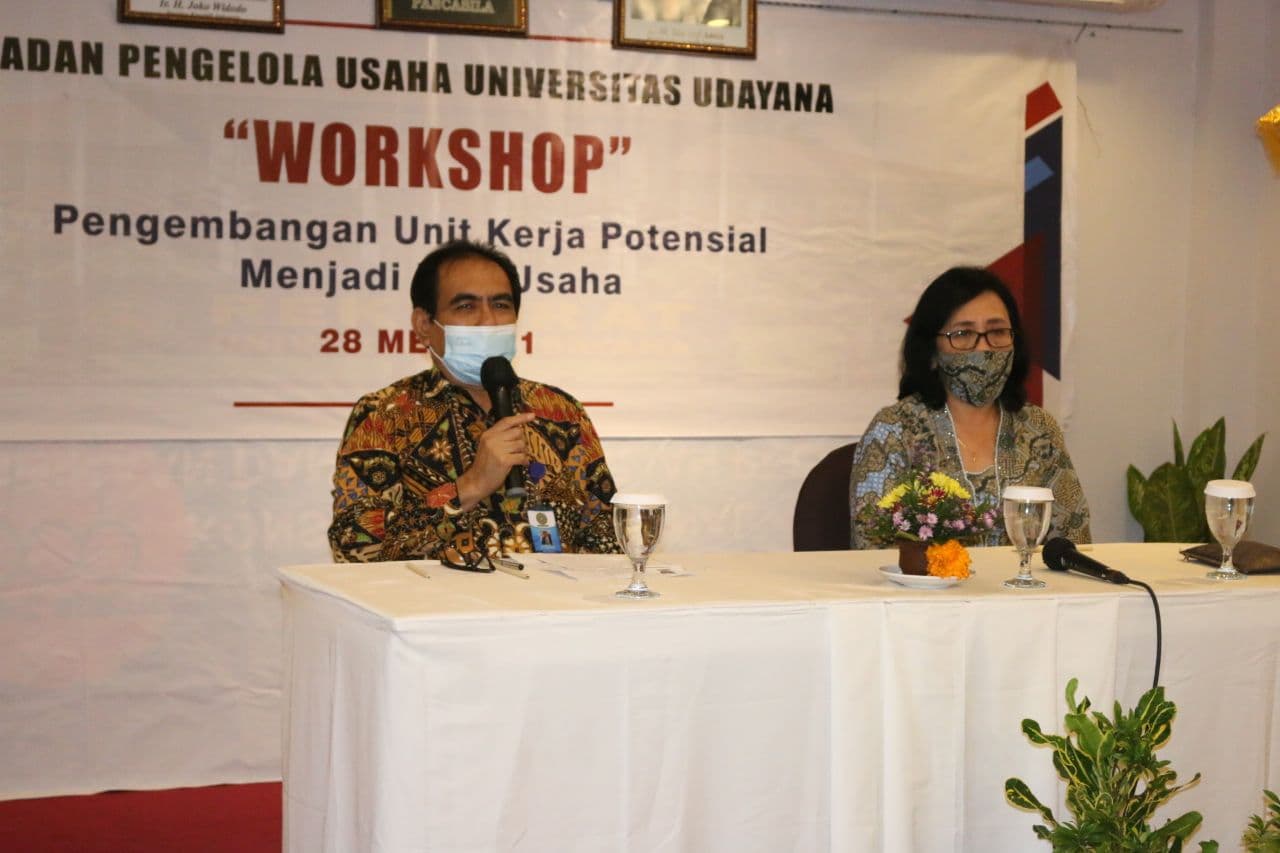 While the Vice Rector for General Affairs and Finance Prof. IGB Wiksuana in his speech conveyed that the development of business units at Udayana University should have been carried out since becoming BLU, but only started doing it in 2017. BLU has a BPU that is tasked with generating admissions from outside academics.

The university always wants to develop and improve infrastructure and operational costs, so it must look for other sources of income, namely from non-academics where one of them is through business units, besides that it will also increase acceptance through cooperation channels. Now is the time for universities to get acceptance through their business units. The revenue earned will be the right of the work unit that oversees the business unit where the execution process must be included in the planning. The Vice Chancellor hopes that if there are obstacles in the preparation of infrastructure, a plan should be made.