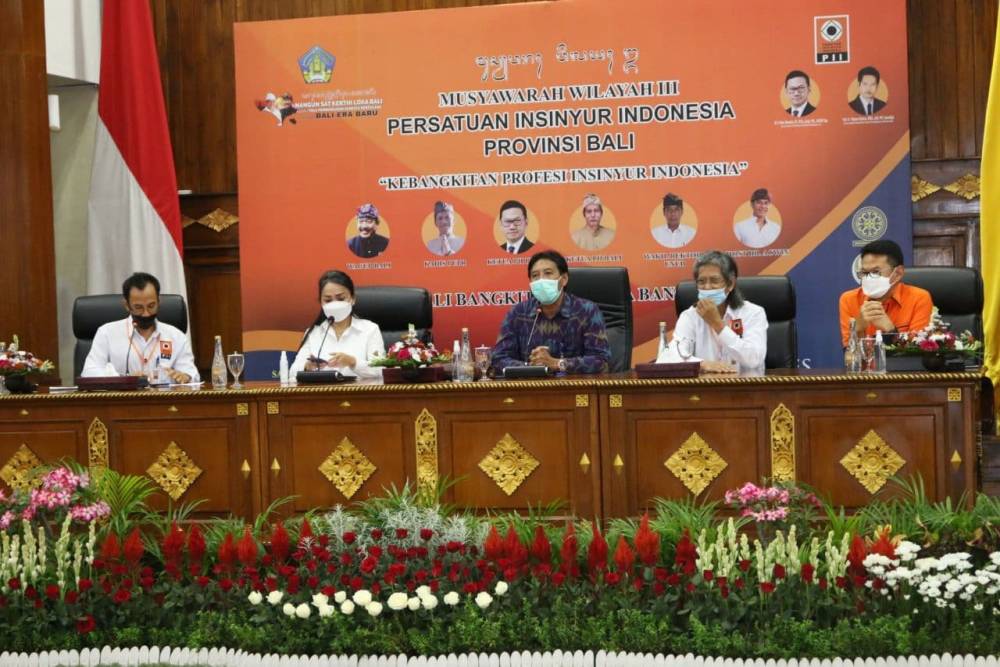 The Association of Indonesian Engineers (PII) of Bali Province held a talk show in the framework of the Regional Conference III with the theme "Awakening of the Indonesian Engineer Profession" Bali Rise, Indonesia Bangkit at the Wiswa Sabha Building, Bali Governor's Office, Saturday (22/5/2021). 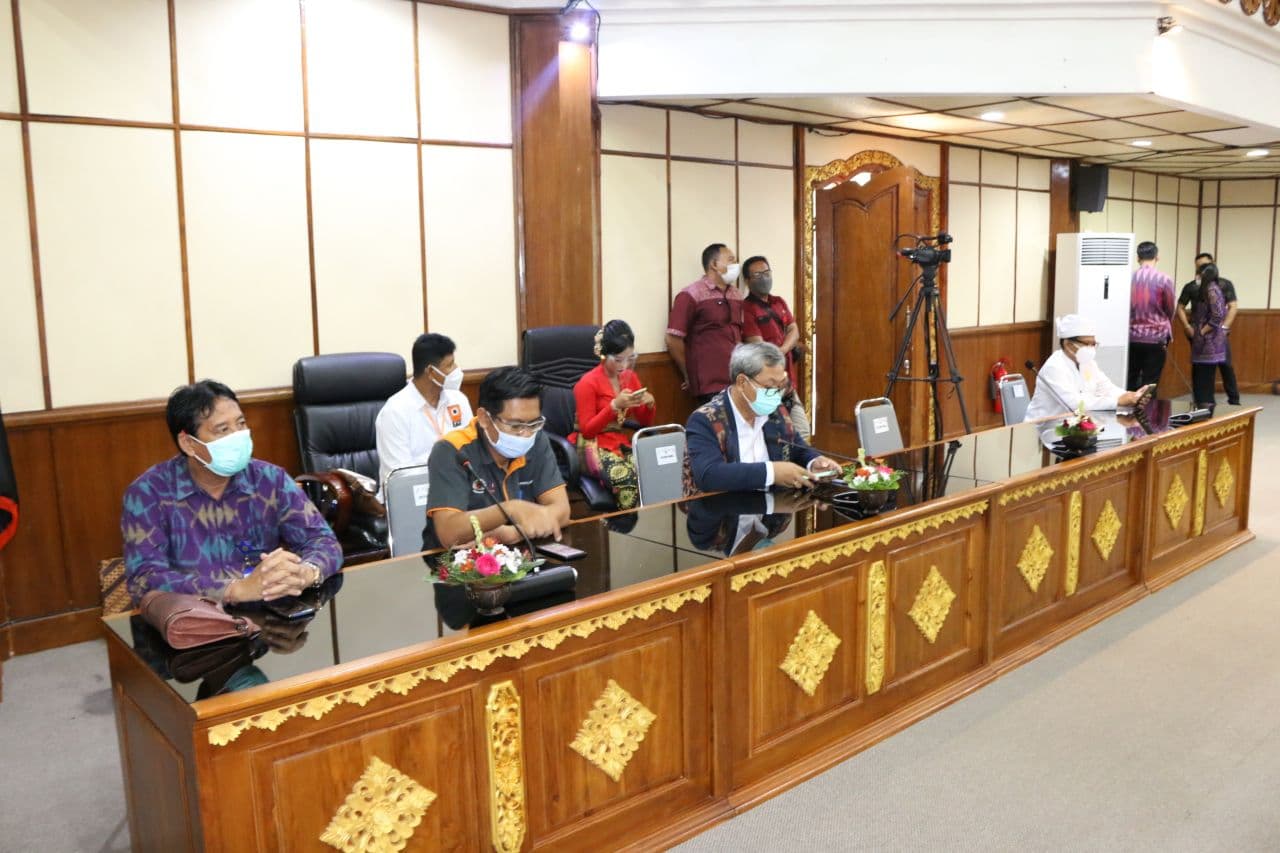 The Regional III PII Deliberation was opened by the Vice Governor of Bali which began with the inauguration of the Regional PII Management and Branch Managers in Bali Province for the period 2021-2024. Dr. Ir. Ngakan Ketut Acwin Dwijendra, ST, SDs, MA, IPU, ASEAN Eng was inaugurated as Chair of the Bali Region PII by the General Chair of PII.

The new Chairman of the Bali Regional PII, Dr. Ngakan Ketut Acwin Dwijendra would like to thank all members for being given their trust and also asking for support and direction from the Chairperson of PII.

The PII in the Bali region was formed in 2015, which is a professional engineer organization. Dr. Acwin hopes that PII will produce competent and professional engineers, therefore several things will become tasks in the future including strengthening membership and institutions, developing cooperation and partnerships, research and downstreaming as well as training and training to strengthen human resources.

He also conveyed that professional engineer certification is now a requirement to get STRI to be able to practice engineering, and PII has also become part of the global engineering system. Previously PII was an association, but this time it has become a kind of engineering authority, and database digitalization and equivalence have been done at the international level, so that every engineering graduate just follows the path that has been made to become a professional engineer.

For colleagues in Bali the challenge is to revive the economy in Bali. For this reason, PII proposes several things based on studies that have been carried out, one of which is micro infrastructure. The General Chairperson of PII also invited to bring PII Bali to a higher level. 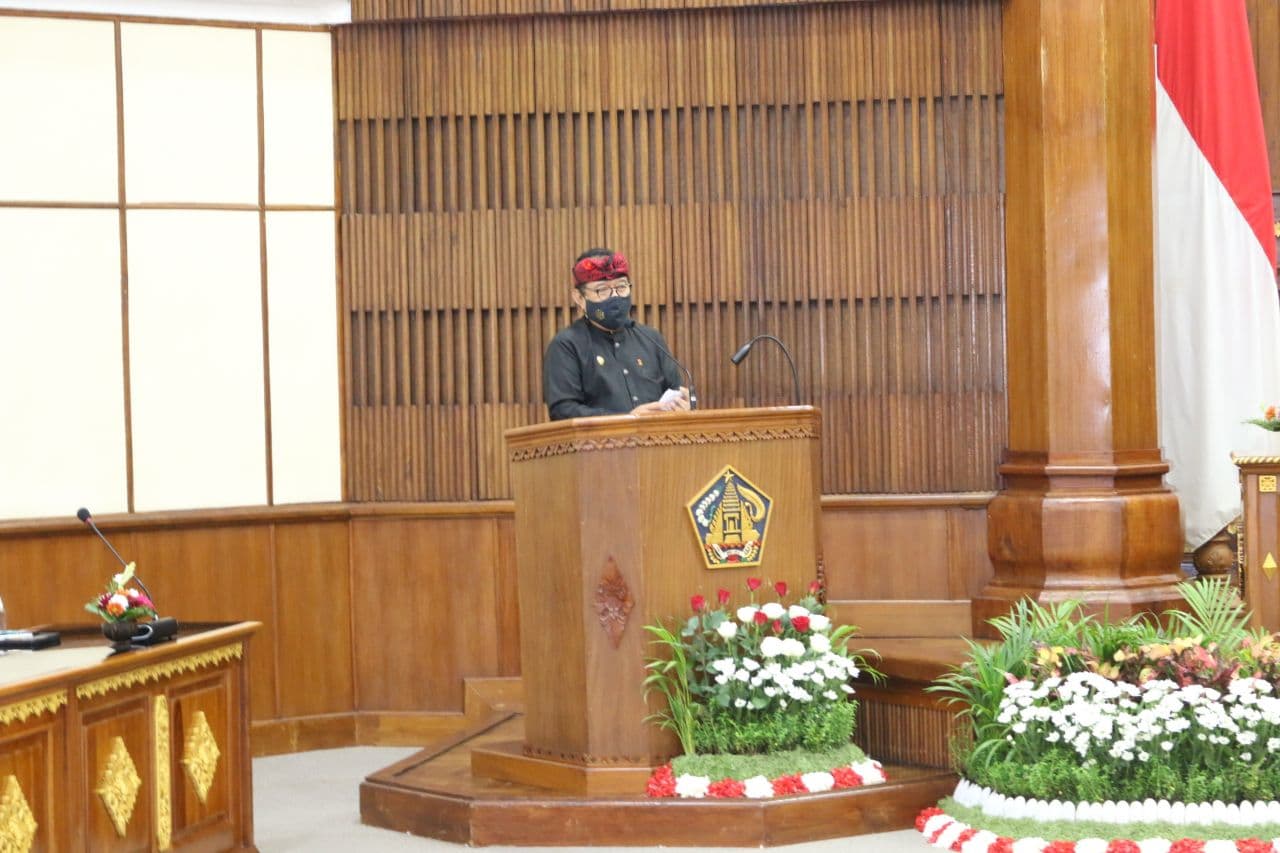 Meanwhile, Vice Governor of Bali, Tjokorda Oka Artha Ardhana Sukawati, in his remarks conveyed that regional deliberations were the highest forum and usually discussed very important work programs. The Deputy Governor hopes that the PII work program is in line with the government's work program, especially the vision and mission of Nangun Sat Kerthi Loka Bali with five priority programs that need to be supported by collective infrastructure and PII can enter through this point. There are already regional regulations and Pergub that can be used as references. The Deputy Governor also invited PII to use the expertise shared by the government in developing Bali.

The talkshow was also attended by other speakers, namely the Chairperson of PII, Representatives of the Bali Provincial PUPRKIM Office and Prof. I Wayan Redana, former Dean of the Faculty of Engineering.