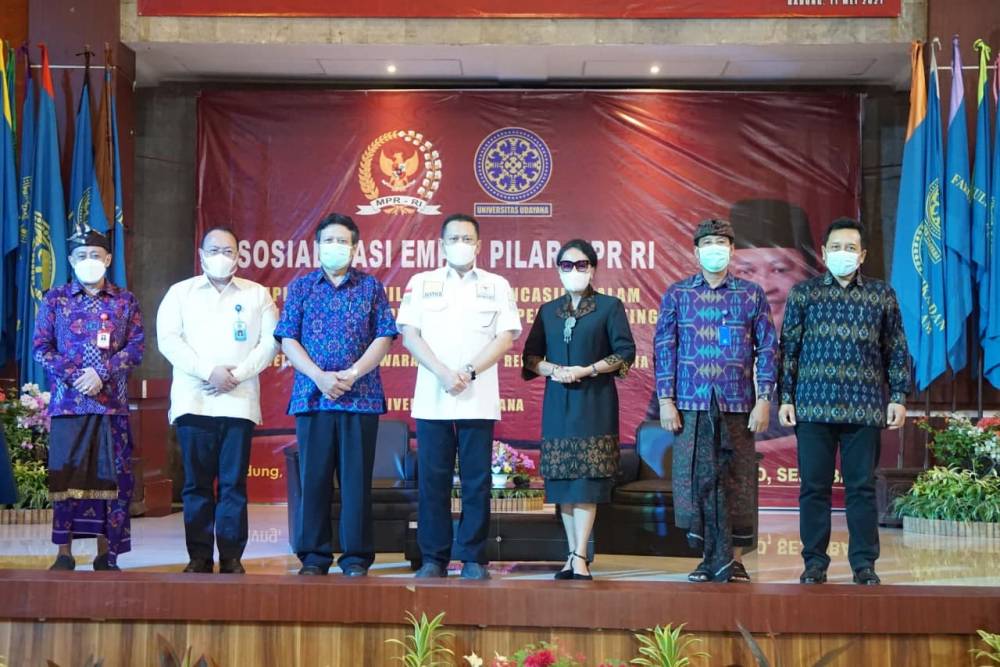 The Faculty of Law, Udayana University, in collaboration with the Indonesian People's Consultative Assembly, held a "Socialization of the Four Pillars of the Indonesian People's Consultative Assembly" with the theme "Implementation of Pancasila Values ​​in the Implementation of Education in Higher Education" which took place offline and online at the Widya Sabha Auditorium, Jimbaran Campus, Tuesday (11 / 5/2021). 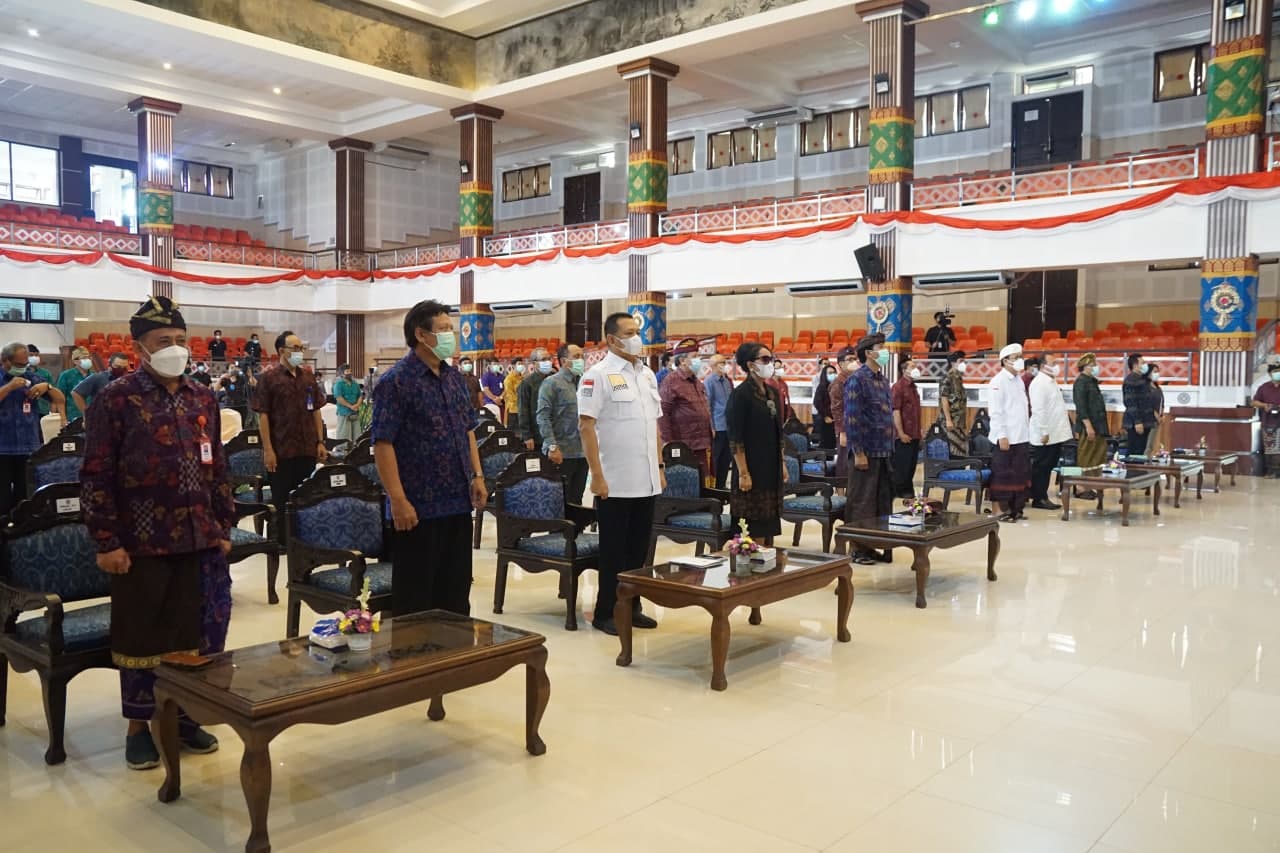 The socialization presented the speaker of the MPR RI H. Bambang Soesatyo, SE., M.B.A and as moderator Dr. I Dewa Gede Palguna, S.H., M.Hum and was attended by the Rector, Vice Rector, Chair and Secretary of the Udayana Senate, Faculty and Postgraduate Leaders, Head of Institutions, Academics, Lecturers and students. 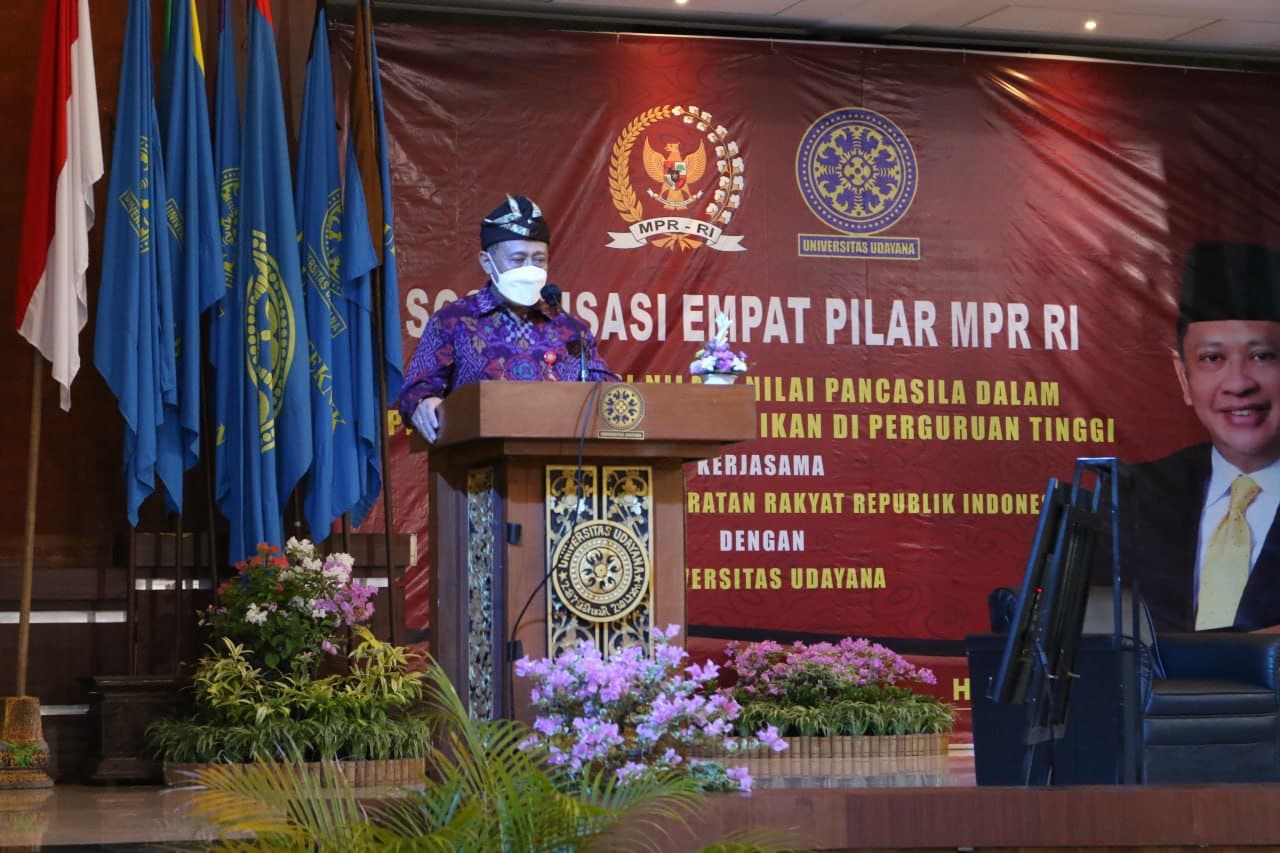 Dean of the Faculty of Law, Udayana University, Dr. Putu Gede Arya Sumerta Yasa, SH., M.Hum as Chair of the Committee in his report conveyed that this socialization is important in the framework of state life in the Republic of Indonesia because the four pillars which contain Pancasila, UUD 1945, NKRI and Bhinneka Tunggal Ika are four proven pillars. maintain state life. The Dean of the Faculty of Law gave his appreciation to the Chairman of the MPR RI who was pleased to be present as a resource person in the midst of the pandemic. The Dean hopes that the final result of this activity will benefit especially the younger generation among students. 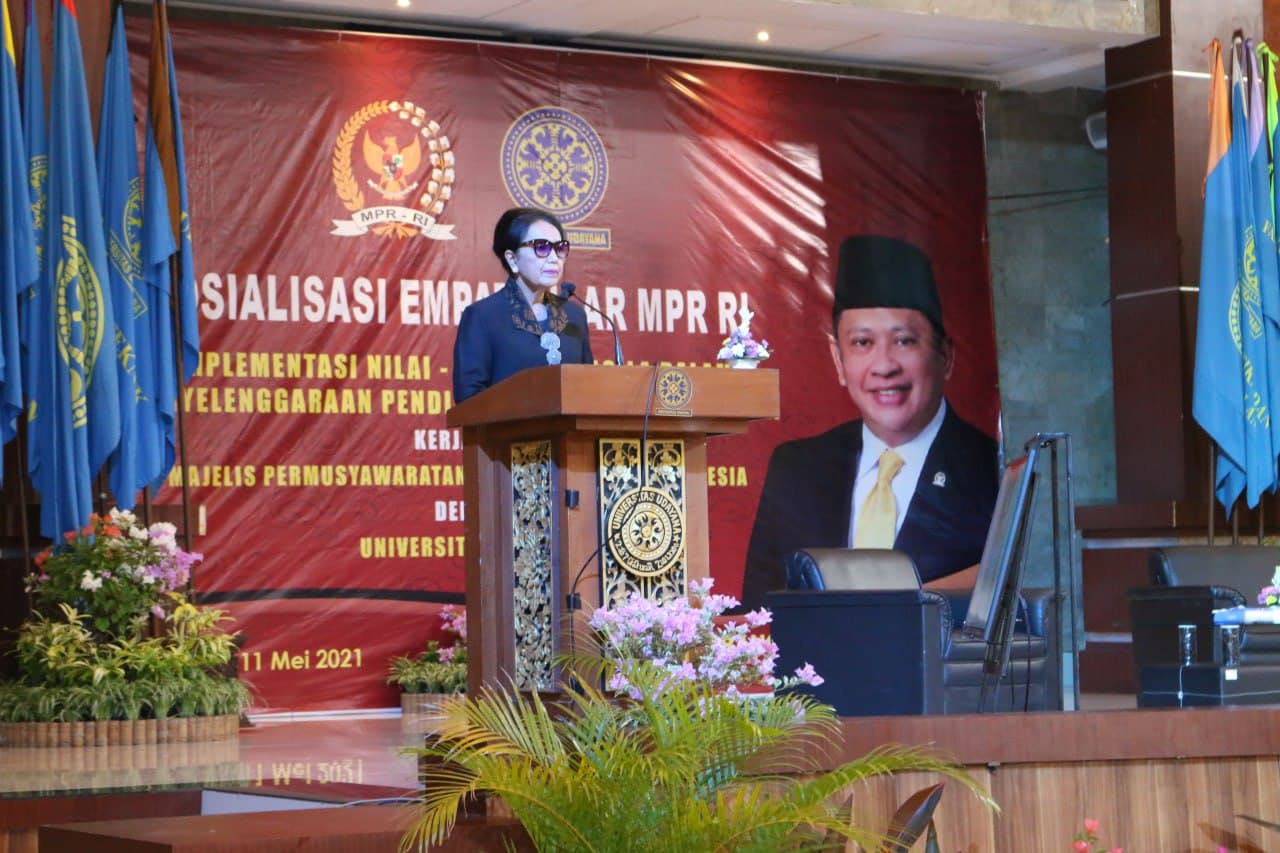 Rector of Unud Prof. A.A Raka Sudewi in his speech conveyed the theme of socialization indicating the reflection on the actualization of Pancasila in the direction of National Education policy as in Article 2 of Law no. 20 of 2003 concerning the National Education System. The real essence of the presence of Pancasila as the foundation of education is to produce Indonesian people who believe and fear God Almighty and have noble, healthy, knowledgeable, competent, creative, independent, skilled, competent and cultured characters for the benefit of the nation. Therefore, as academic people, we have the responsibility to deliver students to have such characteristics. Not only based on Pancasila, Article 2 of Law no. 12 of 2012 concerning Higher Education, has determined that “Higher Education is based on Pancasila, the 1945 Constitution of the Republic of Indonesia, the Unitary State of the Republic of Indonesia, and Bhinneka Tunggal Ika.

Therefore, it is important for tertiary institutions, especially Udayana University, to listen to the presentation of the Chairman of the MPR RI, in order to provide a foundation for understanding regarding the direction of higher education policies at Udayana University. Moreover, in factual conditions we have felt together, regarding the strengthening of the symptoms of social polarization and fragmentation based on religious, ethnic, social and class identities; the strengthening of the politicization of identity based on ethnicity, race and religion, which can affect the perspective of the millennial generation, especially students. 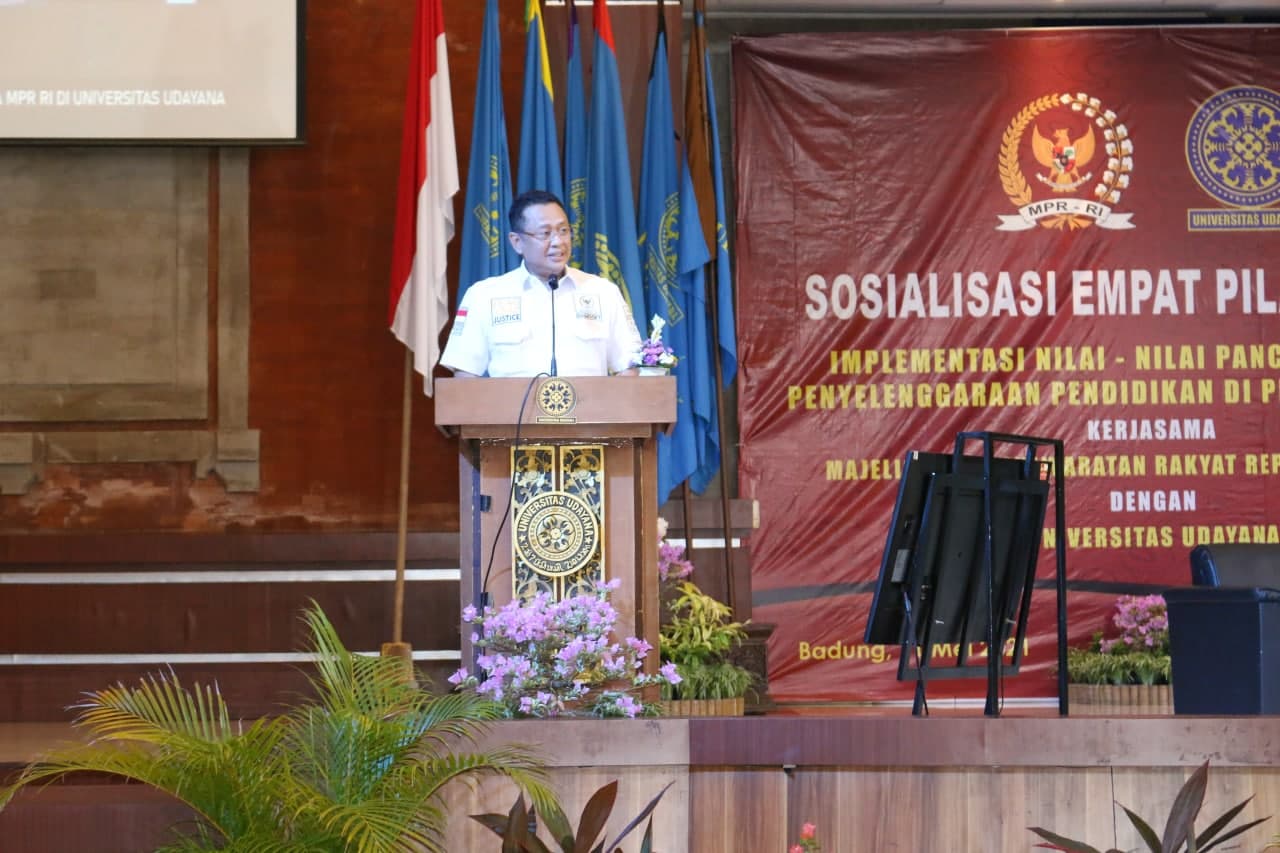 The Chairperson of the Indonesian People's Consultative Assembly H. Bambang Soesatyo in his presentation said that this socialization was important for the mental development of the nation's ideology. To fill the void in the role of the state in shaping the mental and ideology of the nation, an agenda for strengthening the values ​​of the life of the nation and state has been designed and implemented through the Four Pillar Socialization. Pancasila has unified the Indonesian nation and we must be grateful that the nation's founder has inherited it and we just need to protect it. A great nation is a nation that is based on the philosophy of its own people. In his presentation, a devotional video was also shown on how important it is in maintaining diversity and tolerance in Indonesia.