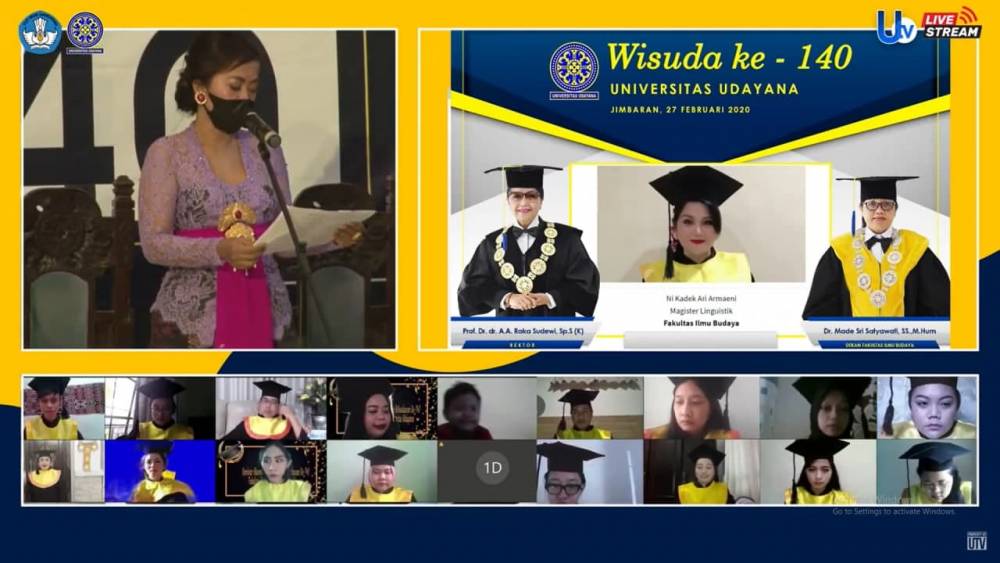 Jimbaran - Saturday (27/2/2021), Udayana University held a 140th graduation ceremony which took place online through the Cisco Webex application. The graduation, which took a central location in the Widya Sabha Auditorium Building, was only attended directly by University Leaders, Senate Chairpersons and Faculty Leaders as well as representatives of the best graduates from each level and faculty. This graduation was held again online for the fifth time considering that there are still additional Covid-19 cases and is a policy taken by Udayana University for graduates who have met the requirements to take part in the graduation procession, considering that many graduates need diplomas to continue their education or the need to apply profession. On this occasion the Rector of Udayana University released 1,785 graduates from various levels, namely 54 Diplomas, 1,135 Bachelor's, 231 Professions, 49 Specialists, 255 Masters and 61 Doctorates so that the number of alumni to date is 102,041 people. 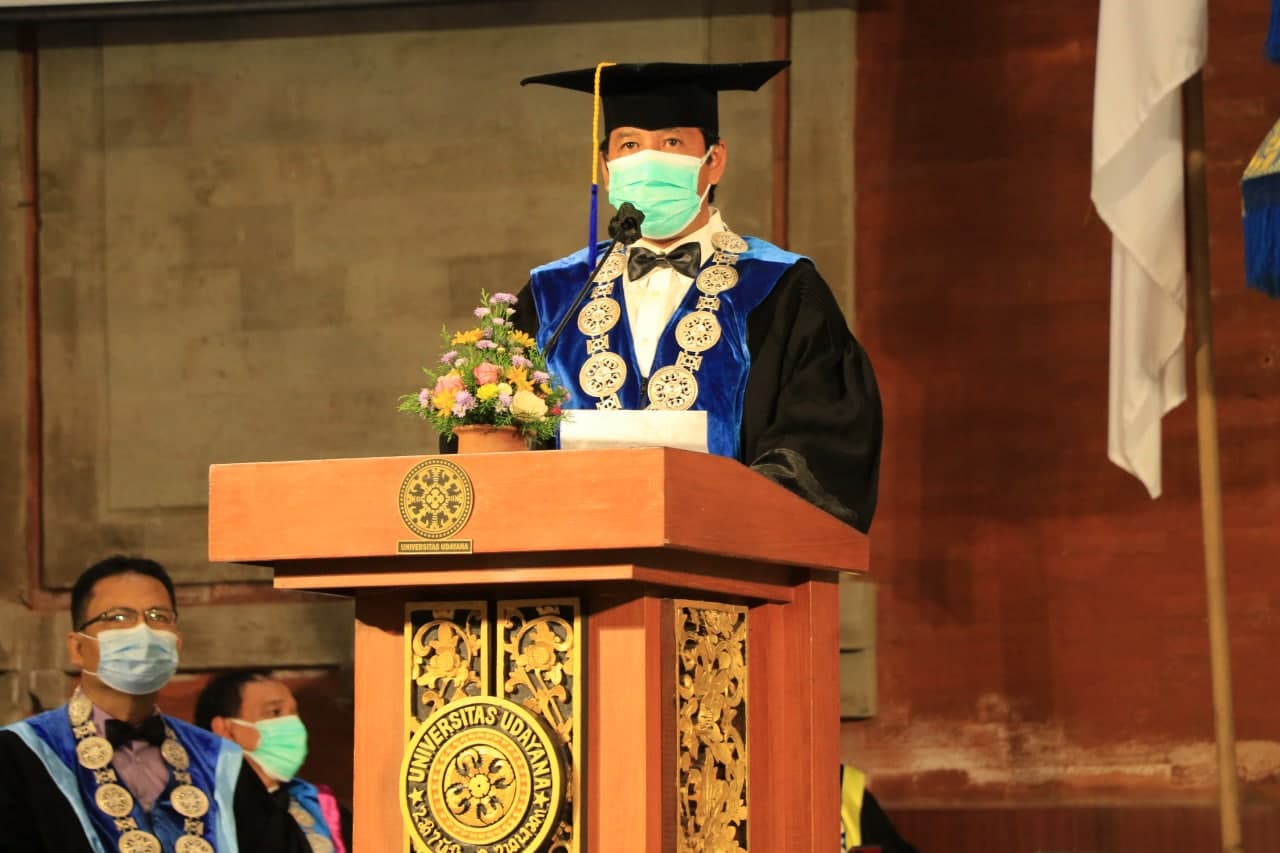 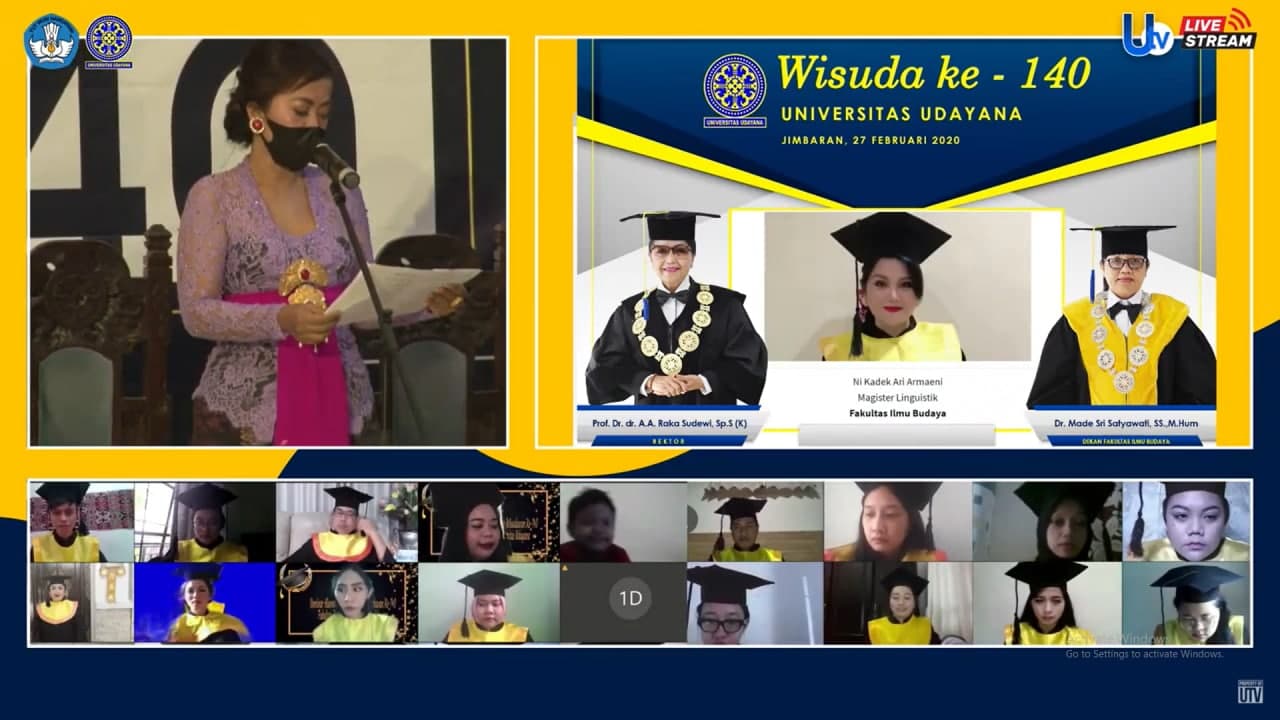 Meanwhile, Rector of Unud Prof. AA Raka Sudewi in his remarks advised all graduates to always be wise in applying the knowledge that has been obtained, use it to produce innovations that are useful for the welfare of society, nation and state, always be wise in responding to any developing issues, don't be easily provoked and maintain integrity The Unitary State of the Republic of Indonesia which is based on the Pancasila ideology and is a formidable role model to lead this nation to a better direction while still based on existing ethics and norms. 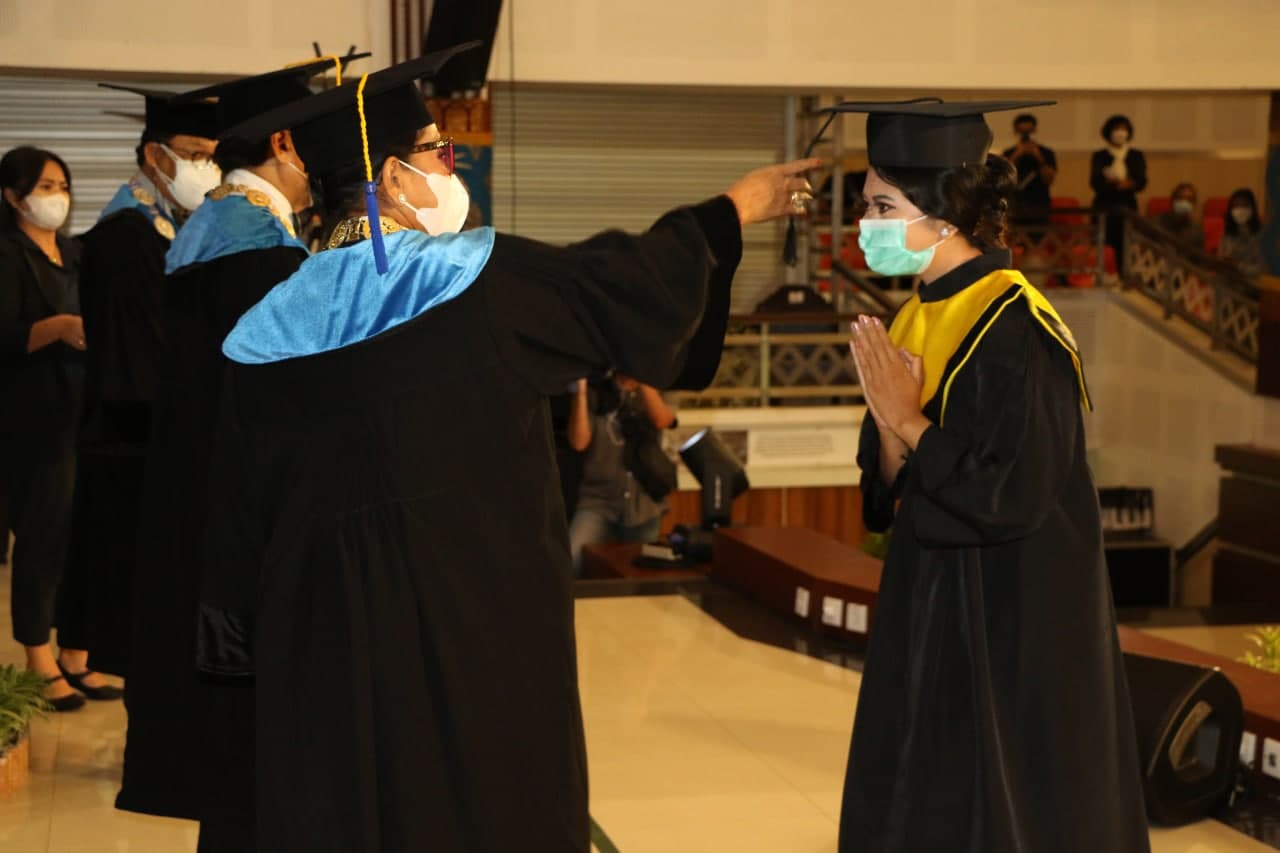 Furthermore, the Rector said that for almost a year our nation had been hit by the Covid-19 pandemic, which until now there were still additional positive cases, natural disasters such as floods and landslides were also experienced by several regions in the archipelago which certainly had an impact on the economic growth of the community. The government is currently promoting vaccination efforts to get the nation out of the Covid-19 pandemic. Udayana University as a government institution in the field of education, has also contributed to the handling of the Covid-19 outbreak and has also helped grow the community's economy through various activities that have been carried out by the academic community. The government through the Ministry of Education and Culture has implemented an independent learning program on an independent campus to improve the quality of human resources. The aim of the policy on independent learning - independent campus is to increase the competence of graduates, both soft skills and hard skills, so that they are more ready and relevant to the needs of the times. 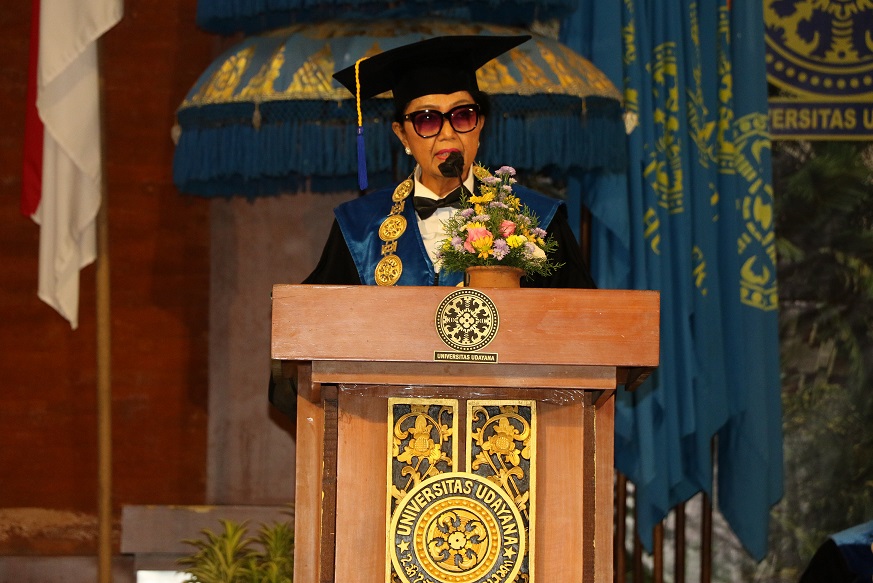 In order to support the implementation of this program, Udayana University has collaborated with several relevant partners to collaborate and synergize with each other to participate in providing provisions for graduates to be ready to face competition in the world of work. Through the cooperation, the Rector expects partners to be able to absorb Udayana University graduates.