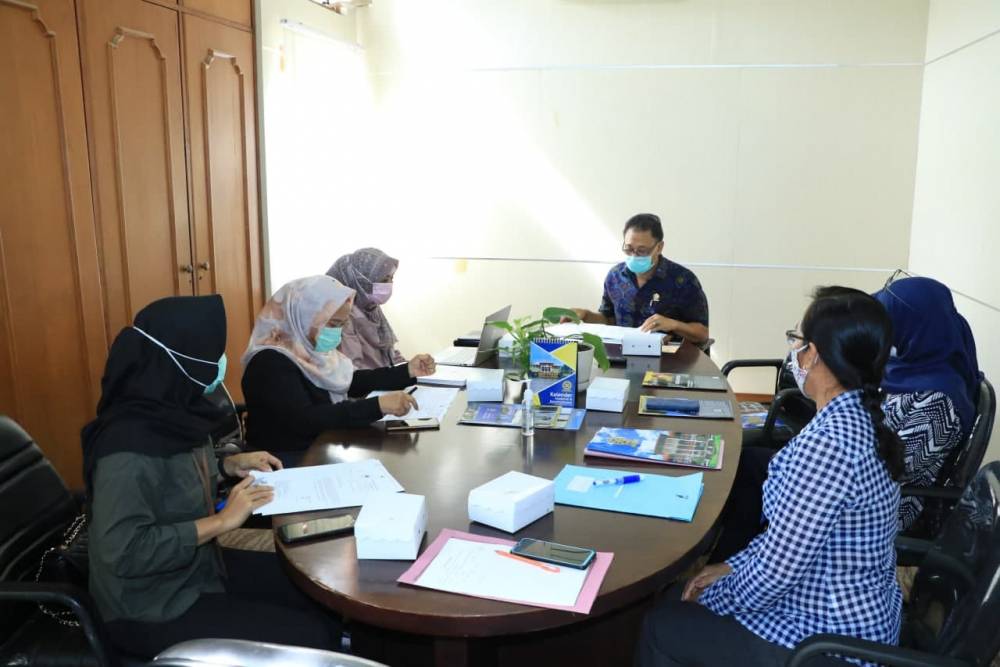 The Deputy Team for Public Complaints, Ministry of State Secretariat of the Republic of Indonesia made a working visit to Udayana University in order to follow up public complaints to the President of the Republic of Indonesia which have been forwarded to Udayana University. The team led by the Head of Data, Evaluation and Reporting Yane Widayanti together with two members was welcomed by the Head of BAKH Unud Drs. IGN Indra Kecapa, M.Ed together with the Head of Cooperation and Public Relations and the Head of the Public Relations Sub Division at the Rectorate Building, Jimbaran Campus, Wednesday (11/11/2020).

This working visit was aimed at updating the data on the handling of public complaints that had been previously submitted to the President of the Republic of Indonesia.

Head of BAKH Udayana IGN, Indra Kecapa, in the meeting gave comments and data related to the follow-up that had been done at Udayana University on complaints submitted by the public. In general, it is conveyed that every complaint has been followed up in accordance with the rules and authorities possessed.

The Deputy Team for Public Complaints expressed their appreciation for the data provided and the cooperation from Udayana University in following up this report. This data will be used as material for updating data and following up on public complaints submitted directly to the President.