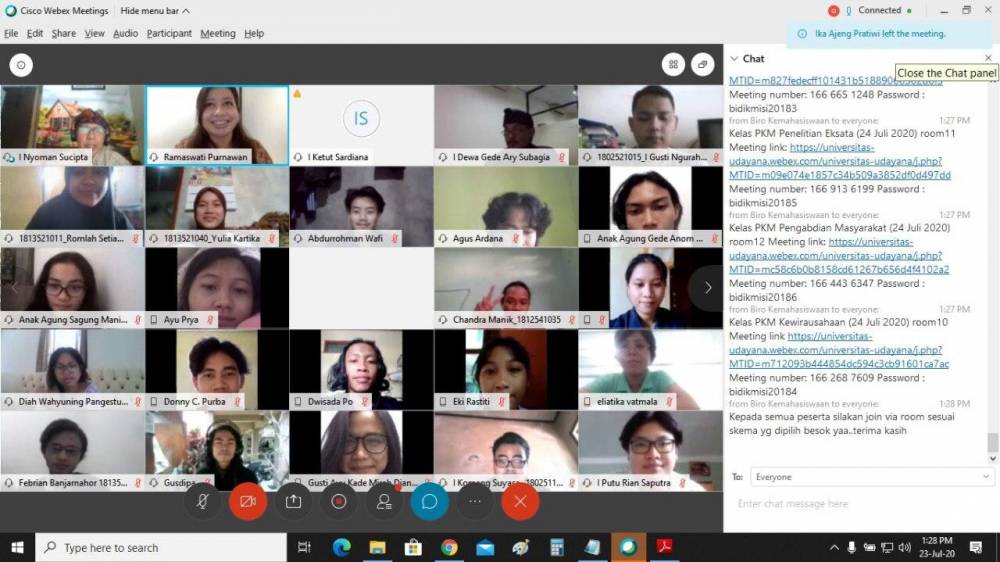 The Vice Chancellor for Student Affairs at Udayana University Prof. Dr. Ir. I Made Sudarma, MS. in his remarks conveyed, Student Creativity Program (PKM) for Students is a prestigious event in Indonesia which is a Government Program through the Ministry of Education and Culture that is still maintained, bearing in mind that the achievements of Indonesian students need to be improved, especially for students at Udayana University.

Student Creativity Program (PKM) consists of several types including 5 PKM Fields that are: Research, Entrepreneurship, Community Service,Technology and Copyright works and there are also scientific papers PKM, Scientific Articles PKM  and Written Ideas. These are PKM that must be followed by Bidik Misi students that can later improve their achievements in the field of student affairs. The role of students in improving PKM is very important, considering that the first quarterly only reached about 45 people. Prof. Sudarma also emphasized that the PKM award in the future at the independent and independent campus of learning had been upgraded to an academic credit which was an elective course that could be taken in the final semester and was recognized academically. In this PKM program Supervising Lecturers are expected to be able to assist their students in achieving the level expected, especially to PIMNAS.