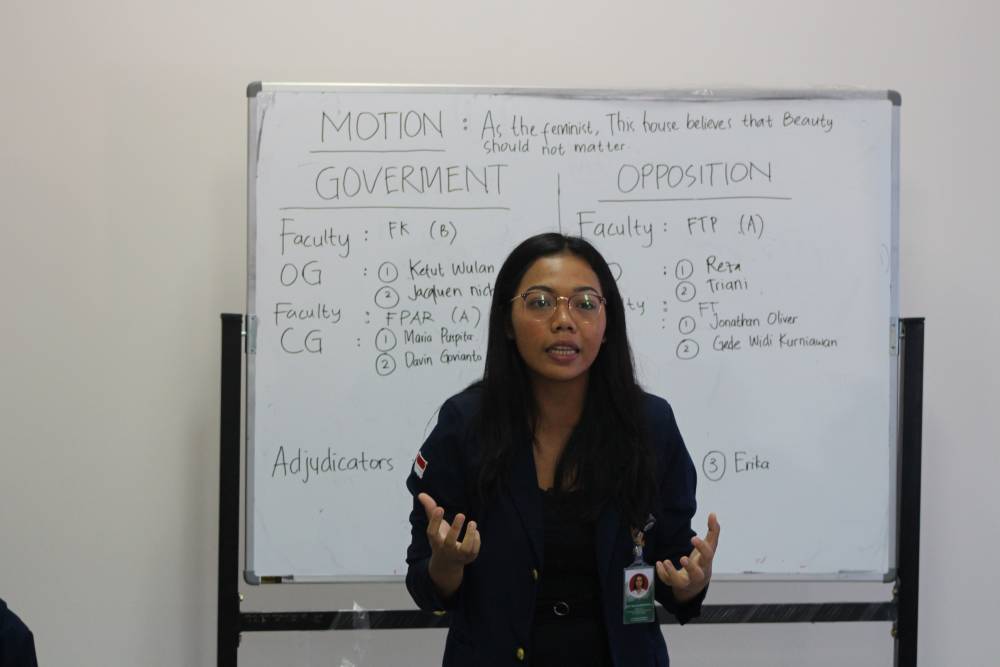 Udayana University held the Internal Selection of English Debate on March 13-14 at Postgraduate Hall 3rd floor, Sudirman Campus. This competition is a program of Student Affairs Bureau in collaboration with Udayana Debating Society Student Activity Unit (UKM UDS) and involves 13 faculties of Udayana University, there are 16 teams are ready to compete.

In his remarks, Head of Student Affairs Bureau, I Dewa Gede Oka, SE hoped that through this competition could produce the best candidates representing Udayana University to the regional level.

Various preparations and efforts were made in order to make  the selection process this year will be more concerned and improved. One of them is the Student Bureau of Udayana University has conducted coaching and development through UDS UKM under the supervisory board and of course the Chancellor's encouragement before the competition was held.

"In the future, we hope quantity or number of teams participating in this selection will be incresed and we should not ignore the most important thing is to improve the quality of our debaters," hoped I Dewa Gede Oka, SE.

A total of 16 teams will take part in 3 prelimenary rounds on the first day, on Saturday (3/14) to produce the best 8 teams. Then the 8 teams will compete the next day in the quarter finals, semi finals, until finally the grand final to be the best.