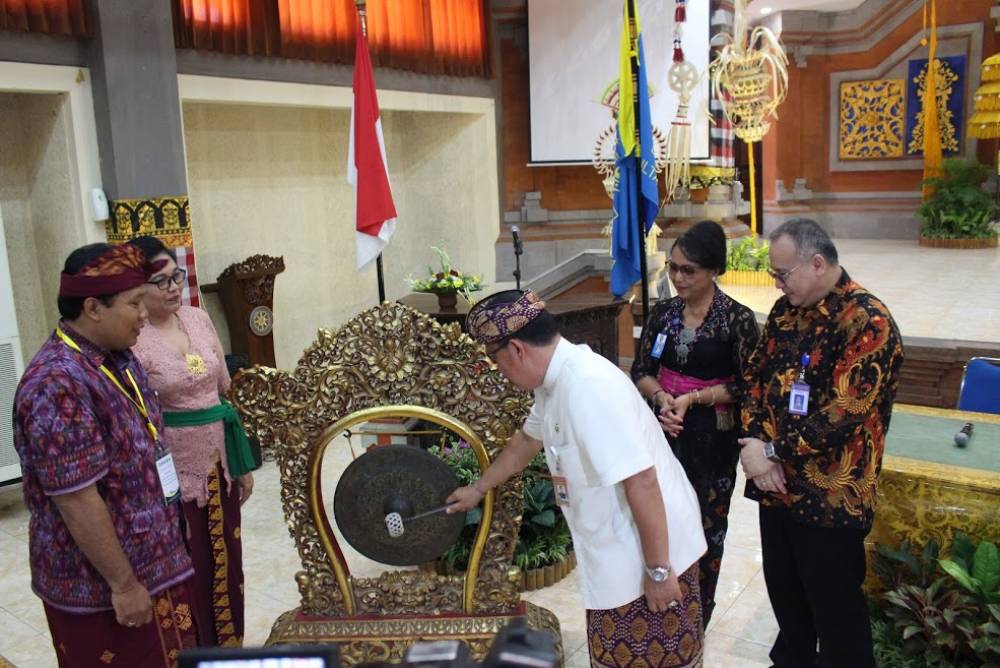 Welcoming the commemoration of the Local Language Month and Bali Language Month, the Master and Doctoral Linguistics Study Program of Udayana University held a National Mother Language Seminar and Workshop on Mother Language Conservation, Thursday (6/2/2020). This annual agenda is held as a media to maintain the use of Indonesian and local languages, especially Balinese in the national arena. Especially with the rapid development of digital information technology, local languages ​​are expected to survive and compete in a globalized world.

This prompted the Faculty of Cultural Sciences to hold this activity as a documentation and revitalization movement of local languages. The Chancellor of Udayana University Prof. AA Raka Sudewi agreed that in this digital age there are many challenges in preserving regional languages. "I hope this seminar can share knowledge in preserving the use of Mother Language, considering that language shows national identity and character," she said

Prof. Dadang Sunendar Head of the Ministry of Education and Culture Development and Education Agency said, Bali has 10 local languages ​​besides Balinese. From a total of 718 regional languages ​​throughout Indonesia that have been identified, according to him Balinese language@ is included in the safe category. Meanwhile, there are several regions in Indonesia that have experienced the extinction of regional languages.

The National Seminar on Mother Language was attended by 142 speakers with 131 papers, while the outcomes were 48 papers, which were 48 National Proceedings and 18 Scopus Indexed Proceedings. The speaker will present his paper on February 6-7, 2020

This activity was also filled with the signing of a memorandum of understanding between the Rector of Udayana University and the Head of Jakarta Language Agency. Furthermore, the collaboration in the implementation of the Mother Language Conservation Workshop was signed in a collaboration agreement between the Dean of the Faculty of Cultural Sciences and the Chair of the Balinese Language Center. (Udayana Media)