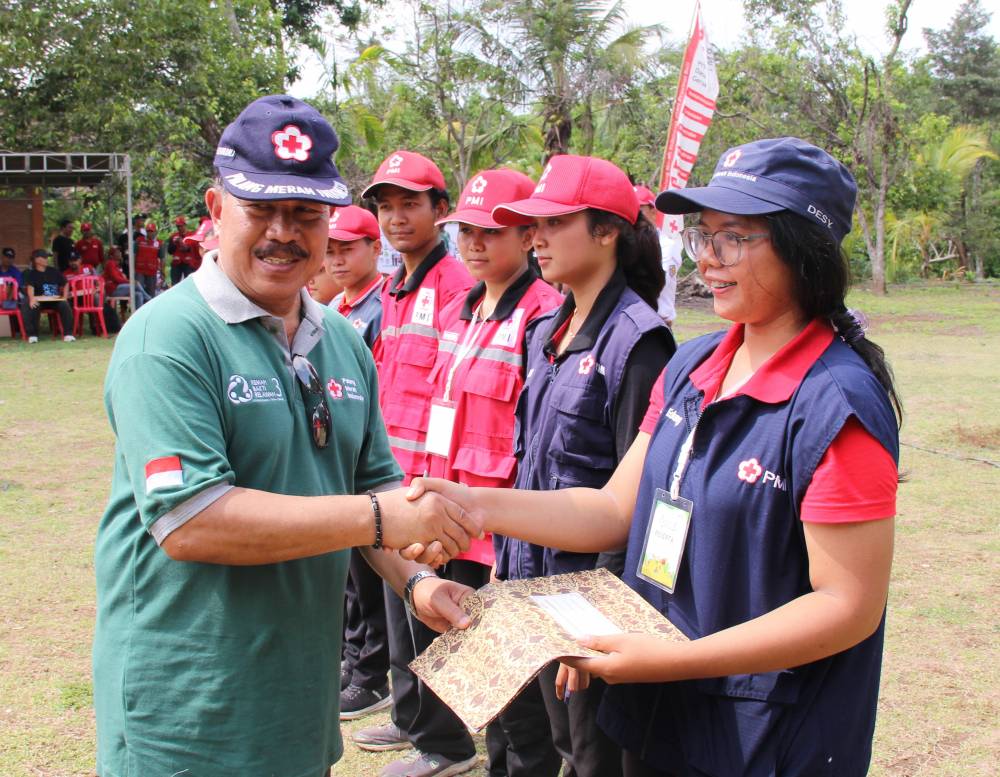 KM KSR-PMI Udayana University was awarded the Most Active Participant I award in PMI internal roundtable by the PMI of Bali Province, Sunday (01/12/2019). This award was given by Apples of Volunteer Camp 3 Year 2019 in commemoration of PMI Volunteer Day as well as World AIDS Day. This activity was carried out at SOS Children's Village, Bantas Village, Tabanan and was attended by Management, PMI Staff in Bali, as well as 150 KBR volunteers.

Ketut Suardana as the Head of Disaster Management Division (PB) and Bali Province PMI volunteers explained that the roundtable itself was an activity to share information about headquarters and urgent information related to disaster and other humanitarian services. The purpose of the award itself is to give appreciation and evaluation to Indonesian Red Cross Voluntary Corps (KSR-PMI) throughout Bali who have participated in supporting PMI disaster services.

"The roundtable itself has started in August 2019 with 12 participants from the KSR-PMI Unit in Bali. This certainly aims to increase the capacity of our volunteers both in the higher education unit and headquarters in terms of disaster preparation and support for other PMI services, especially in Bali, "he said.

Ni Komang Vina Rizky Milgadili as the Chairperson of the KSR-PMI UKM said she was very happy and did not expect to get an award as the Most Active I in the PMI Internal Roundtable. "Me as the representative of UKM KSR-PMI was very happy and surprised because we are focused on carrying out humanitarian tasks and developing capacity as PMI volunteers," said the woman who is familiarly called Vina.

It is hoped that through this award, UKM KSR-PMI will be more intensive in implementing the roundtable so that disaster preparations can be carried out properly. In addition, SMEs are expected to be a motivation for members and other KSR-PMI units to actively participate in implementing the PMI internal roundtable of Bali Province  (yun)