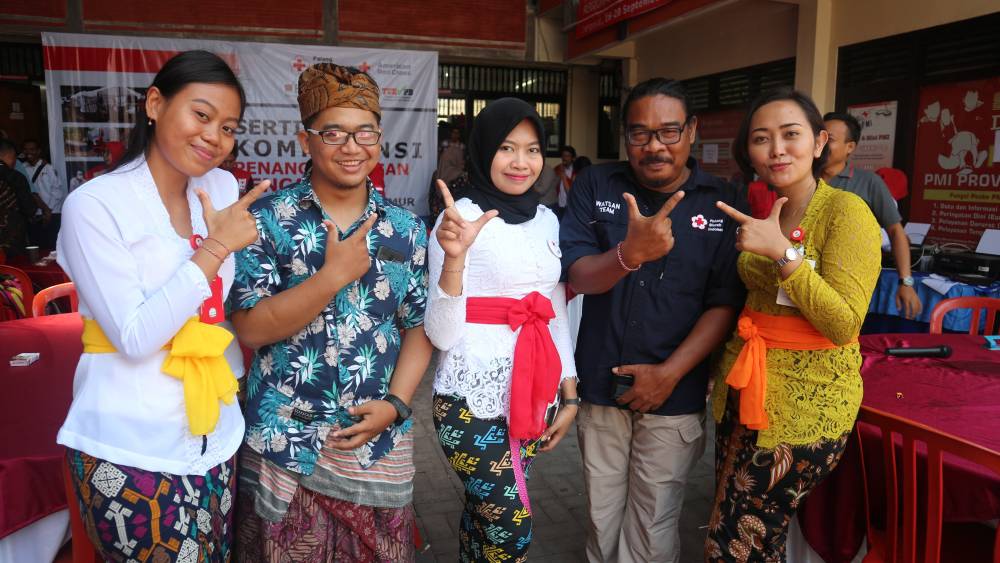 Udayana University Students take part at the Eastern Indonesia Regional Disaster Management Competency Certification activity on Friday (09/20/2019). The activity organized by the PMI of Bali Province was carried out at the headquarters of the PMI of Bali Province on September 16-20, 2019. Competency Certification was attended by 47 assessors from the PMI of the Provinces of Bali, NTB, NTT, Gorontalo, South Sulawesi, Southeast Sulawesi, North Maluku, and West Papua. In addition, this activity also involved 11 assessors who came from the Disaster Management Professional Certification Agency.

Two assessors from Udayana University are Ibrahim Kholilulah (Agricultural Technology 2015) and Putu Yunia Andriyani (Communication Studies 2016). They are members of the KSR-PMI UKM (Indonesian Red Cross Voluntary Corps) Unit of Udayana University and are under the auspices of the Badung Regency PMI.

Ibrahim, or who is familiarly called Boim, said that he was very pleased and did not expect that he could be competent reconditioned to the National Professional Certification Board (BNSP). "I chose the occupation of the Data and Information Center and I am very happy and did not expect to get competent recommendations by assessors to BNSP," said the student who has been active at PMI since 2015.

Sugimin Pranoto, as the head of LSP PB and the coordinator of the assessors said that the implementation of competency certification is aimed at increasing the competence of disaster activists according to their occupation. "The purpose of implementing this competency certification is so that disaster activists, whether volunteers, staff, PMI administrators, or other disaster management actors, have competence regarding disaster management in accordance with their occupation," he said.

It is expected that this activity can increase the enthusiasm and confidence of volunteers in increasing their capacity. This certainly needs to be balanced with training that supports volunteers so that they are more optimal in carrying out their duties and functions in the field of humanity, especially in the field of disaster management. (yun)