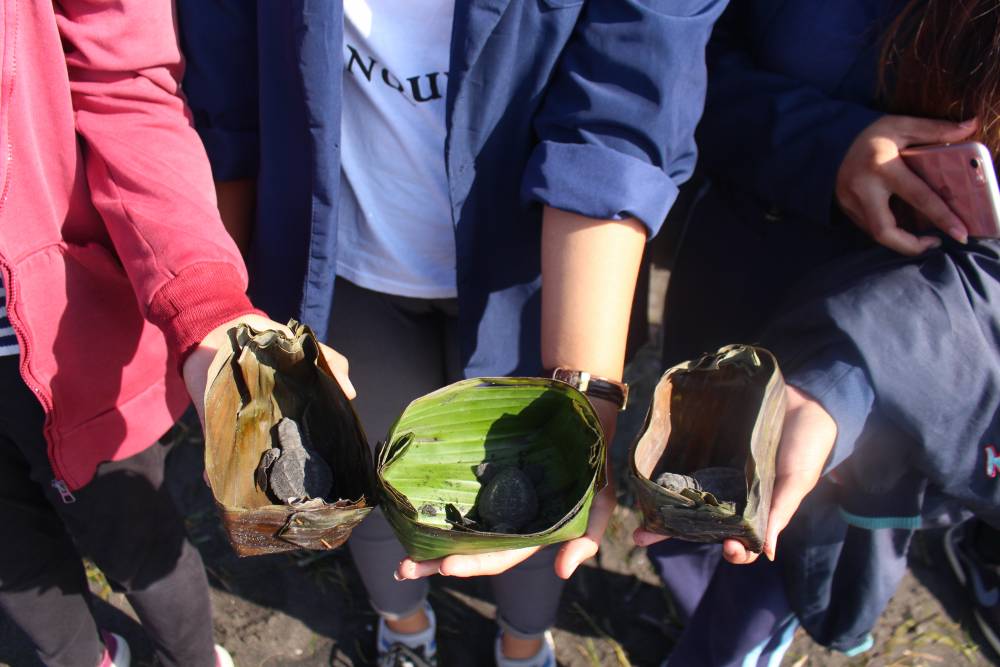 The Student Affairs Bureau of Udayana University held a community service program in the form of beach clean up action and the release of hatchlings on Saturday (10/8) at Padang Galak Beach, Kesiman, Denpasar. This is an annual program which is also from the central government as outlined in the Village Development Grant Program (PHBD). Different from the previous year, this time the releasing of 100 hatchlings was held by the participants, namely students from representatives of student organizations to faculty and faculty leaders, in this case the Vice Deans III. This activity was opened by the head of the Student Affairs Bureau, I Dewa Gede Oka, SE., then followed by material presentation by I Made Sukanta, as manager of Bali's Turtle Conservation and Education Center. After that, the release of hatchlings, and continued with beach cleaning activities. I Dewa Gede Oka, SE. explained, this community service activity must be carried out in the context of raising public awareness of nature and the environment. "Hopefully, students can raise the awareness of the environment, garbage and marine biota. In addition, I hope that in the future, this community service program will go deeper into the PHBD, "he explained further. (sis / ben)