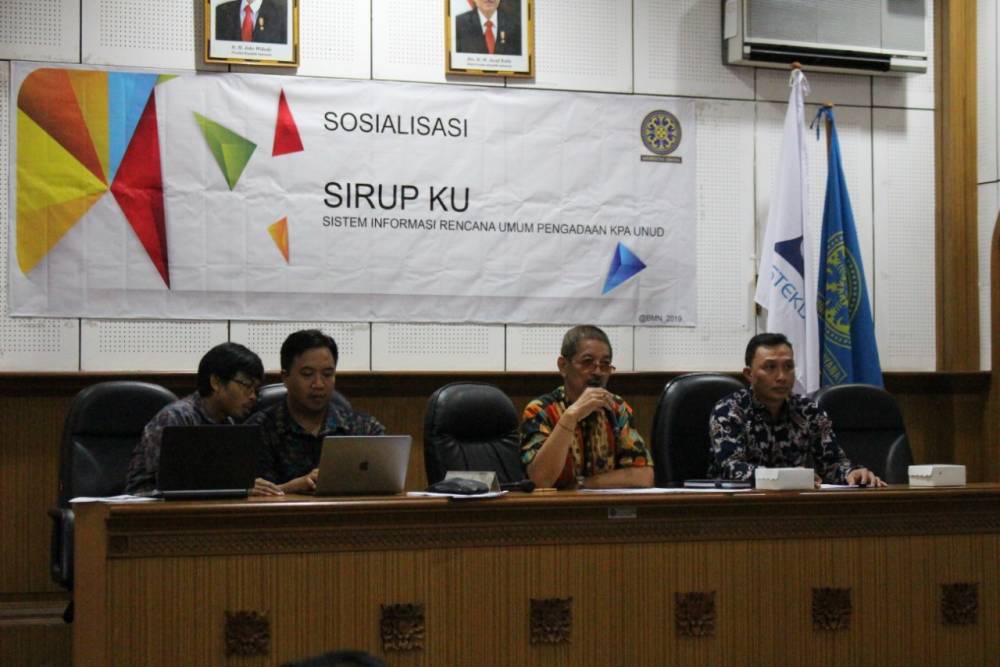 The development of SIRUPKU application is carried out in the context of realizing the government procurement of goods / services in Udayana University environment so that it complies with the basic principles of procurement in accordance with Presidential Regulation Number 16, 2018 and other laws.

According to the Head of the General Bureau of Udayana University, Drs. Ketut Amoga Sidi developing of SIRUPKU application was held so that the needs of goods / services can be run transparently, both by the leaders and executors of the activities. "SIRUPKU is already running, we want every system that is managed to have better changes and improvements," he said. Therefore, this needs to be socialized, so that it can be understood by all parties. (dsk, ad)