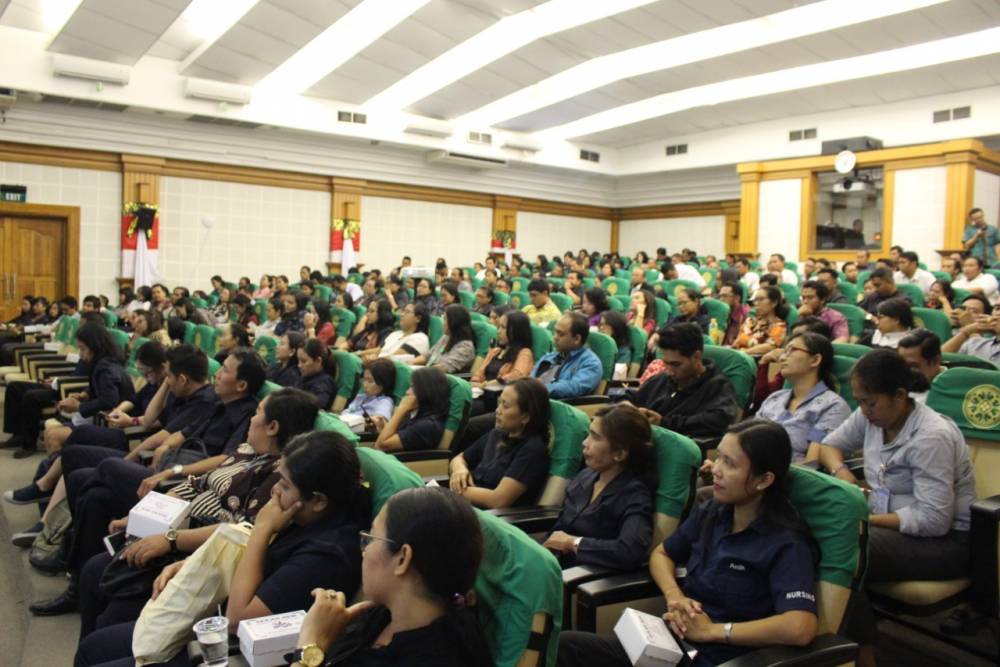 Following up the meeting of the Vice Chancellor II of PTN BLU with the HR Bureau of the Ministry of Research, Technology and Higher Education in mid-May 2019, Udayana University held a meeting with Prospective Education Personnel Staff of the Public Service Agency (BLU) in A.A. Made Djelantik room, Faculty of Medicine, Monday (5/27/2019). This meeting aims to socialize Government Regulation Number 49 of 2018 concerning Management of Government Employees with Employment Agreements (PPPK) as well as other explanations regarding non-PNS education personnel.

Under these government regulations, the State Civil Apparatus (ASN) consists of Civil Servants (PNS) and Government Employees with Employment Agreements (PPPK). This PPPK scheme is one of the policy instruments for the settlement of honorary staff, so that all central and regional agencies are not permitted to recruit other temporary staff other than those stipulated in the government regulation.

In accordance with the new policy, Udayana University did not appoint Public Service Agency (BLU) Education Personnel, but made proposals for PPPK formation. Previously, a Job Analysis and Workload Team was formed which was tasked with preparing the proposed PPPK formation document. The document was submitted to the Ministry of Education and Culture on May 27, 2019 as the basis for determining the formation of first aid at Udayana University.

Deputy Chancellor for General and Financial Affairs, Prof. Dr. I Gusti Bagus Wiksuana, SE., MS said that currently Udayana University has 1,043 contract education staff. The proposed first-aid formation will come from the 1,043 contract workers that Udayana University currently has. "We have 1043 temporary employees. We are no longer open to other than the existing 1,043 temporary employees. We will continue to propose that from that, "explained Prof. Wiksuana.

With the implementation of PPPK, honorary employees who work in government agencies will have certainty job, both clear status, rights and protection, and have the same obligations as ASNs who are civil servants. (dsk, ben)